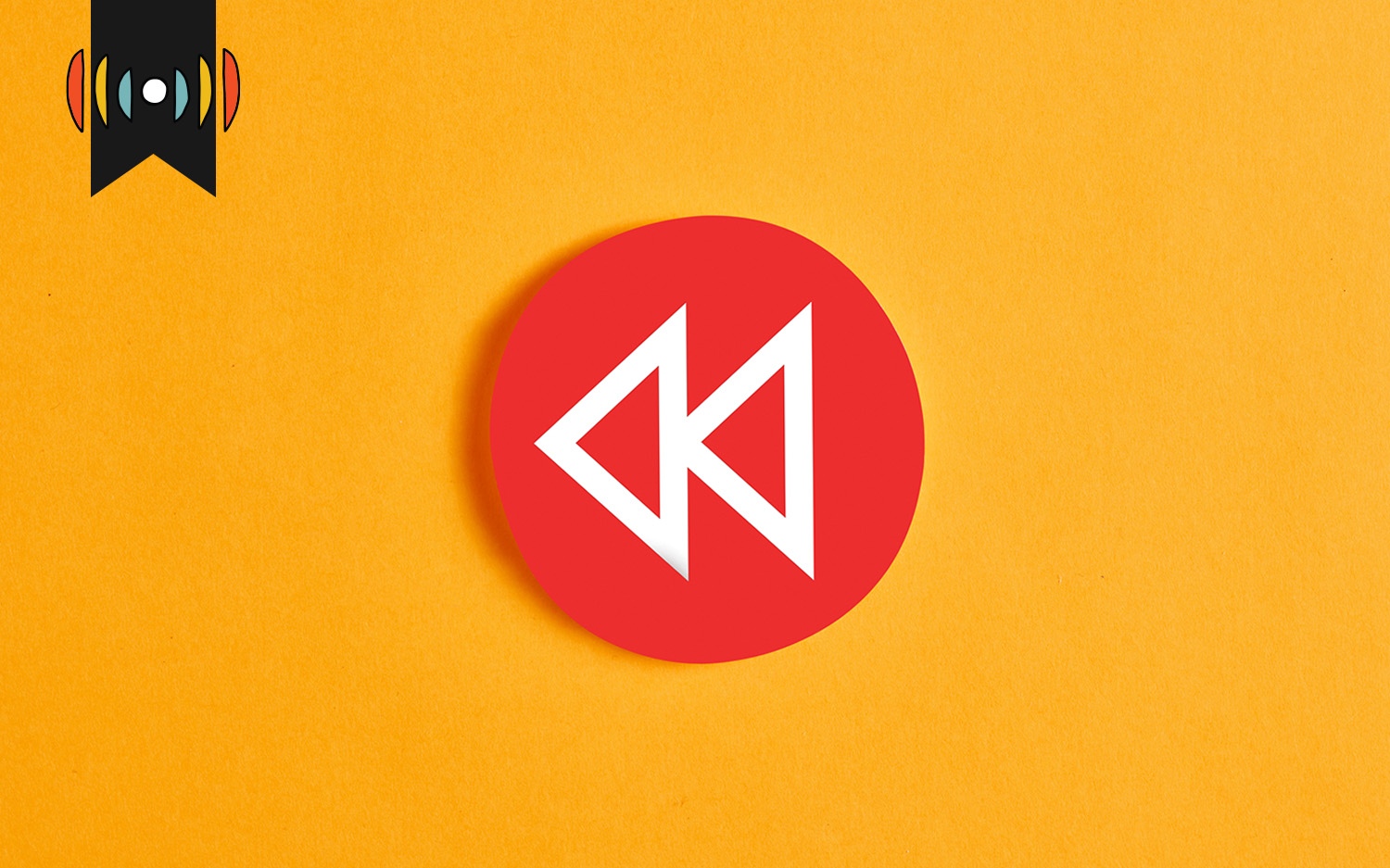 LEIGH JONES: This is WORLD Radio Rewind: a 10-minute review of some of our news coverage and features from the past week on WORLD Radio. I’m managing editor Leigh Jones. First up, the economy. On Monday’s program, Nick Eicher talked to financial analyst David Bahnson about what he expects the economy to do in the next few months.

EICHER: So, would you say it’s just too early at this point to draw conclusions where things may be headed?

BAHNSEN: Yeah, I definitely don't think you can draw firm conclusions, I would have a working thesis that some numbers will improve quicker than people think. And some numbers will take longer than people think—that it's not going to be totally binary, that there's simply one element. I think that the shortage of truck drivers is an underrated problem. I think we're getting to a point where port receipts and the ability to process deliveries to ports has now become an overrated problem. So that would be the comments I'd make for our listeners on the short to intermediate term realities of price levels.

On a longer term statement about the cultural ramifications of what's happening, I really couldn't understate my concern for the amount of people that have decided they do not want to work. I don't believe this is simply a matter of well, they got government money. But no matter what someone's lot in life is, a few thousand bucks only lasts you so long. And yes, that additional government transfer payment facilitated, I think, some bad behavior and some bad habits. And then you have the extended unemployment we've talked about a lot. But I think what is clearly the case right now is that there has been, out of the COVID moment, lockdowns, extended stay from home, sort of inertia about societal activity and productivity that's kicked in, there are people whether they can afford it or not, there are people that are attracted to the notion of inactivity.

And I have economic thoughts—but they're secondary for me right now—to what I believe is the case for the soul of a society that ends up with a ton of 55 to 65 year olds that are still able-bodied, and able-minded, that choose not to work, and the 19 to 25 year olds that are not working, who otherwise would be, that have decided they can get by on mom and dad here and student loans there and a few government checks there. And they delay the entry into adult life and habits of interaction and responsibility. I think it's awful, Nick, and those are the things I'm by far most worried about right now coming out of COVID.

EICHER: All right! David Bahnsen, financial analyst and adviser. He writes at dividendcafe.com. We will not talk again until after Thanksgiving, so Happy Thanksgiving to you and we’ll talk again in a week. Appreciate it!

BAHNSEN: Well, Happy Thanksgiving to you and yours and of course to all the listeners.

LJ: Next up, forced to upgrade. On Tuesday’s program, Caleb Bailey reported on the push to make tech companies create devices that can be fixed at home.

CALEB BAILEY, REPORTER: Every year, a new iPhone comes out. And not just one version. Buyers can choose from a variety of sizes, camera quality, and storage options. But even with all its bells and whistles, the latest and greatest iPhone can’t stay new forever. It gets old. Eventually it stops working. And that’s no accident. It’s actually part of the design—a concept called planned obsolescence. Paul Poteete is a professor of computer science and engineering at Geneva College.

POTEETE: ​​Planned obsolescence is planning that something will fail, before it naturally would fail.

Making products that are designed to fail isn’t illegal. But some people think it should be. Activists in the so-called Right to Repair movement are pushing state and federal lawmakers to protect users from faulty equipment. They hope to force companies to create products that users can repair easily. Right now, the effort to repair something like an iPhone is so complicated and expensive, it’s simply easier to buy a new one.

POTEETE: So if you change out the piece of hardware, it no longer matches what the operating system or what that code would look for inside the hardware or inside that software.

While planned obsolescence is costly for consumers and can create unnecessary waste, it does have some benefits. Jason Thacker is the chair of Research and Technology Ethics at the Ethics and Religious Liberty Commission of the Southern Baptist Convention.

THACKER: ​​ But at the same time, we also know that this practice, or this theory, in some sense, also creates jobs, it creates economic growth, it promotes innovation, it produces cheaper devices, so even luxury goods. Now some of the innovations that happen on luxury goods, or high end devices, make their way down into cheaper and more available devices for all people.

LJ: Next, democracy on offense. On Tuesday’s program, Paul Butler talked to Olivia Enos about the situation in Myanmar, 10 months after the military took over the civilian government.

BUTLER: Well first of all, catch us up a bit on what's taken place this year in Myanmar. There was a lot of hope in 2015 when Myanmar held its first free elections in 25 years but what are some of the things that have been happening since?

ENOS: Yeah, well, Paul, you're absolutely right. I think this year has been a huge turning point for the people of Myanmar—also known as Burma. The Burmese people went and cast their votes last year and delivered a landslide victory for the National League for Democracy, which was the civilian government that was ruling in Burma. And that landslide victory was essentially entirely disregarded by the Burmese military when they carried out a coup on February 1. Since that time, we've really been bearing witness to, as you mentioned, atrocities. We've seen a lot of clamp downs on freedom of speech, freedom of association and the like. And we've seen a rise of a, you know, a reemergence of a historic civil disobedience movement within Burma that is seeking to stand on the side of freedom.

But ultimately, I think many people in Washington and around the globe are fearful of what it means to have the Burmese military in power, because we know what the Burmese military has done in the past. And just in 2017, we saw what the United Nations deems genocide and crimes against humanity carried out against the Rohingya Muslim minority in Burma. And I think now we're starting to see some of those atrocities occurring against other communities within Burma, just as experts have been warning since the coup began.

BUTLER: We will keep our eye on this story. Olivia Enos has been our guest. Olivia, thanks for joining us this morning.

ENOS: Thank you so much for having me, Paul.

JOSH SCHUMACHER, REPORTER: Last week, I stood outside my local big box store on a windy day and asked people about their Black Friday shopping plans.

SHOPPER: I've actually already done most of my Christmas shopping.

SHOPPER: Well, that's why I've done all my shopping ahead of time for the big ticket items. Because I was worried that what I'd want wouldn't be there.

But many people told me they weren’t worried about not being able to find what they wanted.

SHOPPER: No, ‘cause I thought some of the things that I'd already gotten would have problems, but they're not.

But not all shoppers are as confident. Brian Strow is a professor of economics at Palm Beach Atlantic University.

STROW: Well, Black Friday may be more constrained than normal. We do see some consumer prices going up, in some cases fairly dramatically. And so there has been some discussion among some consumers that they may cut back on purpose this holiday season. At the same time, the reason prices are in fact, higher is because people are interested in buying things…

Strow says typically, economists worry about too little spending going into the holiday shopping season. This year, it’s very much the opposite. Increased spending will just throw fuel on the inflationary fire. So, for some economists, less spending might not be entirely unwelcome.

Shawn Ritenour teaches economics at Grove City College. He says if consumers are spending money they don’t actually have, that would amplify those inflation issues even more.

RITENOUR: I think, if we end if we increase our spending, and fund that by increasing consumer debt, I think that's a big mistake, because those chickens are going to come home to roost…

LJ: That’s it for this edition of WORLD Radio Rewind. We’ve posted links to each of the stories we highlighted today in our transcript. You can find that on our website.

Next week, we’ll find out how rising prices are affecting Christian ministries. And we’ll tell you why Ukraine is worried about the possibility of a Russian invasion.