Using economics as a key to understanding human action 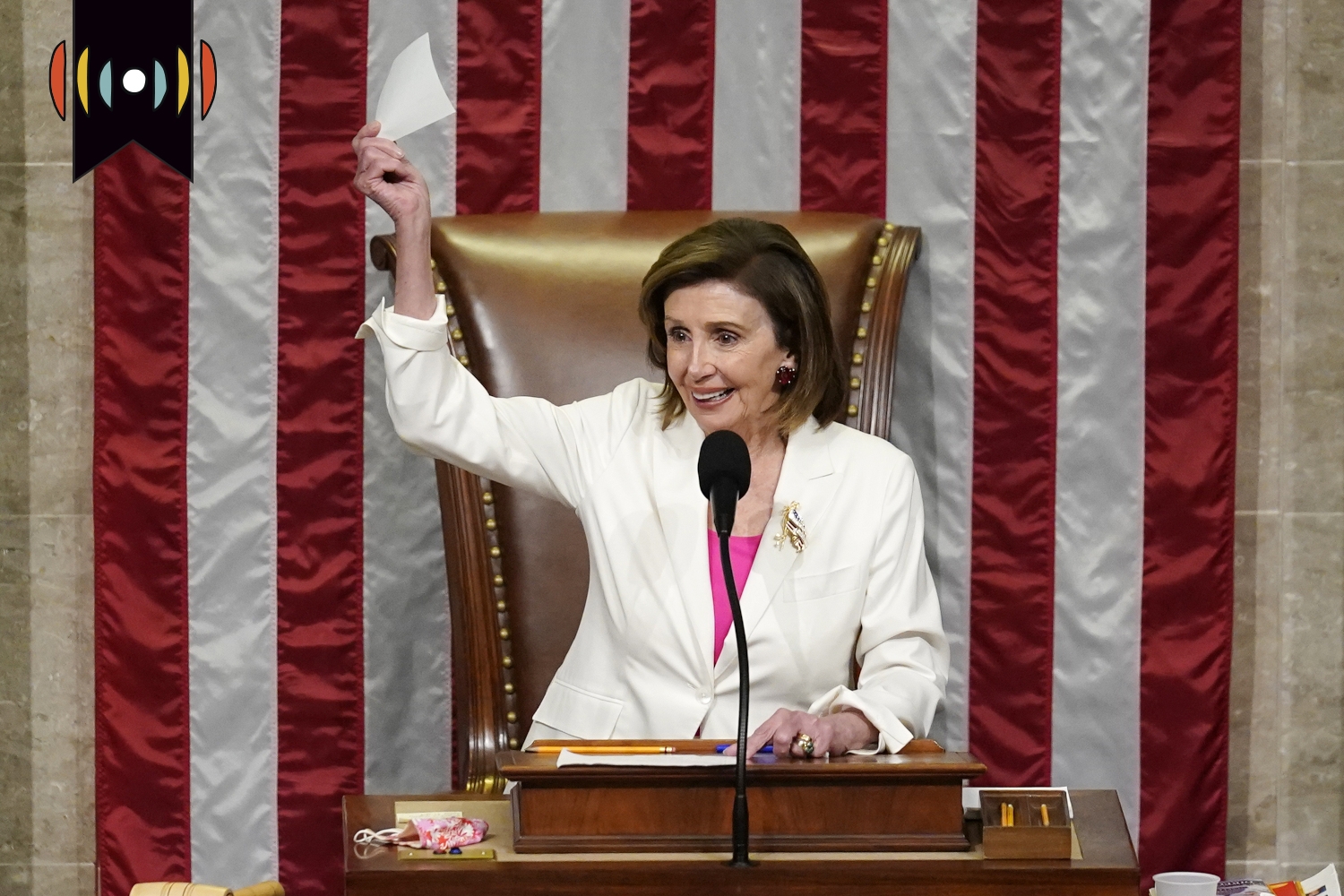 NICK EICHER, HOST: Financial analyst and adviser David Bahnsen joins us now for our weekly conversation and commentary on business, markets, and the economy. David, good morning to you.

EICHER: Well, David, let’s jump right in. Seems like the big story of the week was passage in the House of the so-called reconciliation bill—the $4 trillion tax-and-spend bill—what do you think?

BAHNSEN: Well, I think that Friday morning, the House passing the reconciliation bill, is what the media would have made the big story, but it isn't the big story in the market or the economy, when everybody knows and has known that the real hinge in this legislative endeavor is next. It's what the Senate does. And I might add, I fully expect there to be another hinge because if the Senate is able to get something done, which is a big ‘if’, then that has to get reconciled in conference to the House bill. And that opens up a second hinge. In other words, what the House just approved is not going to be what the Senate approves. And what the Senate revises for approval may not be what the House reapproves. So there's still too big ‘ifs’ in front, and certainly four or five weeks, if not more to go, I suspect it does bleed into 2022. But as far as economic news of the week, I don't think it's just this week, I think we're in a period where all of that attention that was understandably placed throughout the COVID moment on where the labor numbers were, all of those data points that were our ongoing kind of weekly focus, now a lot of the number obsession is moved to things related to this supply chain disruption, labor shortages, port deliveries. And I think you're gonna see a lot of numbers in the, not just weeks, but months ahead, that are going to draw a lot of that focus. And when I see the industrial production number, and the amount of supplied deliveries that are delayed and backlogged, there's a lot of questions as to where this is going to go for the, let's say, three to six months ahead.

EICHER: Alright, several months, David, a quarter or two. So, would you say it’s just too early at this point to draw conclusions where things may be headed?

BAHNSEN: Yeah, I definitely don't think you can draw firm conclusions, I would have a working thesis that some numbers will improve quicker than people think. And some numbers will take longer than people think—that it's not going to be totally binary, that there's simply one element. I think that the shortage of truck drivers is an underrated problem. I think we're getting to a point where port receipts and the ability to process deliveries to ports has now become an overrated problem. So that would be the comments I'd make for our listeners on the short to intermediate term realities of price levels. On a longer term statement about the cultural ramifications of what's happening, I really couldn't understate my concern for the amount of people that have decided they do not want to work. I don't believe this is simply a matter of well, they got government money. But no matter what someone's lot in life is, a few thousand bucks only lasts you so long. And the yes, that additional government transfer payment facilitated, I think, some bad behavior and some bad habits. And then you have the extended unemployment we've talked about a lot. But I think what is clearly the case right now is that there has been, out of the COVID moment, lockdowns, extended stay from home, sort of inertia about societal activity and productivity that's kicked in, there are people whether they can afford it or not, there are people that are attracted to the notion of inactivity. And I have economic thoughts—but they're secondary for me right now—to what I believe is the case for the soul of a society that ends up with a ton of 55 to 65 year olds that are still able-bodied, and able-minded, that choose not to work, and the 19 to 25 year olds that are not working, who otherwise would be, that have decided they can get by on mom and dad here and student loans there and a few government checks there. And they delay the entry into adult life and habits of interaction and responsibility. I think it's awful, Nick, and those are the things I'm by far most worried about right now coming out of COVID.

EICHER: So interesting—and when I hear back from listeners, here's what I hear—that what the listener appreciates about your analysis is that it’s not simplistic and not just here’s a supply and demand chart and here’s some math and a formula, but that economics as a key to understanding human action. What you’re describing a cultural issue and not simply an issue of policy choice. Problems of culture!

BAHNSEN: I would like to offer a positive example that is, to the contrary, that my point about culture can be a force of bad and the economy should also be taken as culture can be a force for good in the economy. And the fact of matter is, the American experiment was largely a story of the synthesis between a moral and religious people who had economic freedom and economic ambition. And those things coming together were what de Tocqueville looked at and said, ‘This is a great nation.’ And as, there's a reason why the whole world's economic standard of living went higher in the industrial revolution, but ours went way, way higher. We didn't just perform well because of the Industrial Revolution, we outperformed Europe, who also was living through the Industrial Revolution. There was a reason for that: it was a better framework of incentives, of work ethic, of a calibration of risk and reward in our culture. And see, here's the thing, here's what I'm not saying: that we're going to end up with a nation of 300 million people who don't want to work. What's going to happen is you're going to have the people who are at kind of the bottom half of the society, socially and economically, are going to go lower. And the people that are the top 20 percent of performers, the so-called meritocratic, they're not going to slow down. They have ambition, they have drive, they have talent. So everybody says they're so worried about inequality. But these are the things that drive inequality. It's not systemic unfairness, it's when all of a sudden people that are going to work are going to work even more, and they're already quite gifted and talented and resourced. And then a different part of the population decides to give in to the notion of exit, of inactivity. This is human action at either its finest or its worst. And it is, by far, the issue that we should be most concerned about, because people can't blame government for this. Government on the edges can make it worse with bad policy. But there's a point at which that excuse has got to stop. Okay, we are made with agency. We are made as accountable people created by God, and the Fed, and the government, and the media can only be the scapegoat for what is plaguing our society for so long.

EICHER: Excellent. Hey, David, before we go here today, I tried to make a clever play on the word “inflation” or really a play on the economic concept of price inflation on Friday. You’ve heard us talking about those who’ve not given before to support the program and I made a remark about the matching-gift incentive where a family offered to a dollar-for-dollar match for first-time gifts, and I said something about recognizing the impact of price inflation on lots of households these days, that it may be difficult to give and that the match can be thought of as our generous donor’s attempt to combat inflation by offering a 2X match. I’d made a mental note: better run this by David when we talk. I don’t want to put out any economic misinformation!

BAHNSEN: Well, it's definitely a sort of equivocation of the word on purpose. So does it fit into the Milton Friedman formula of too much money chasing too few goods and services? No, not really. But is it a situation in which you can inflate or leverage the generosity of people involved? It is and so it's a sort of cute equivocation. Let's put it that way.

EICHER: All right! David Bahnsen, financial analyst and adviser. He writes at dividendcafe.com. We will not talk again until after Thanksgiving, so Happy Thanksgiving to you and we’ll talk again in a week. Appreciate it!

BAHNSEN: Well, Happy Thanksgiving to you and yours and of course to all the listeners.

EICHER: Well, during this month we do encourage you if you appreciate this program and maybe you’ve not yet made a gift to keep it going that you would consider supporting it with a first-time gift and I’ll make that cute equivocation and say again: all first-time gifts unlock a dollar-for-dollar match and say we’re fighting inflation with inflation at wng.org/donate. Thank you very much!