Why don’t tech devices last longer than a few years?

The line-up of the Apple iPhone 13 is displayed on their first day of sale, in New York, Friday, Sept. 24, 2021. Richard Drew/Associated Press Photo 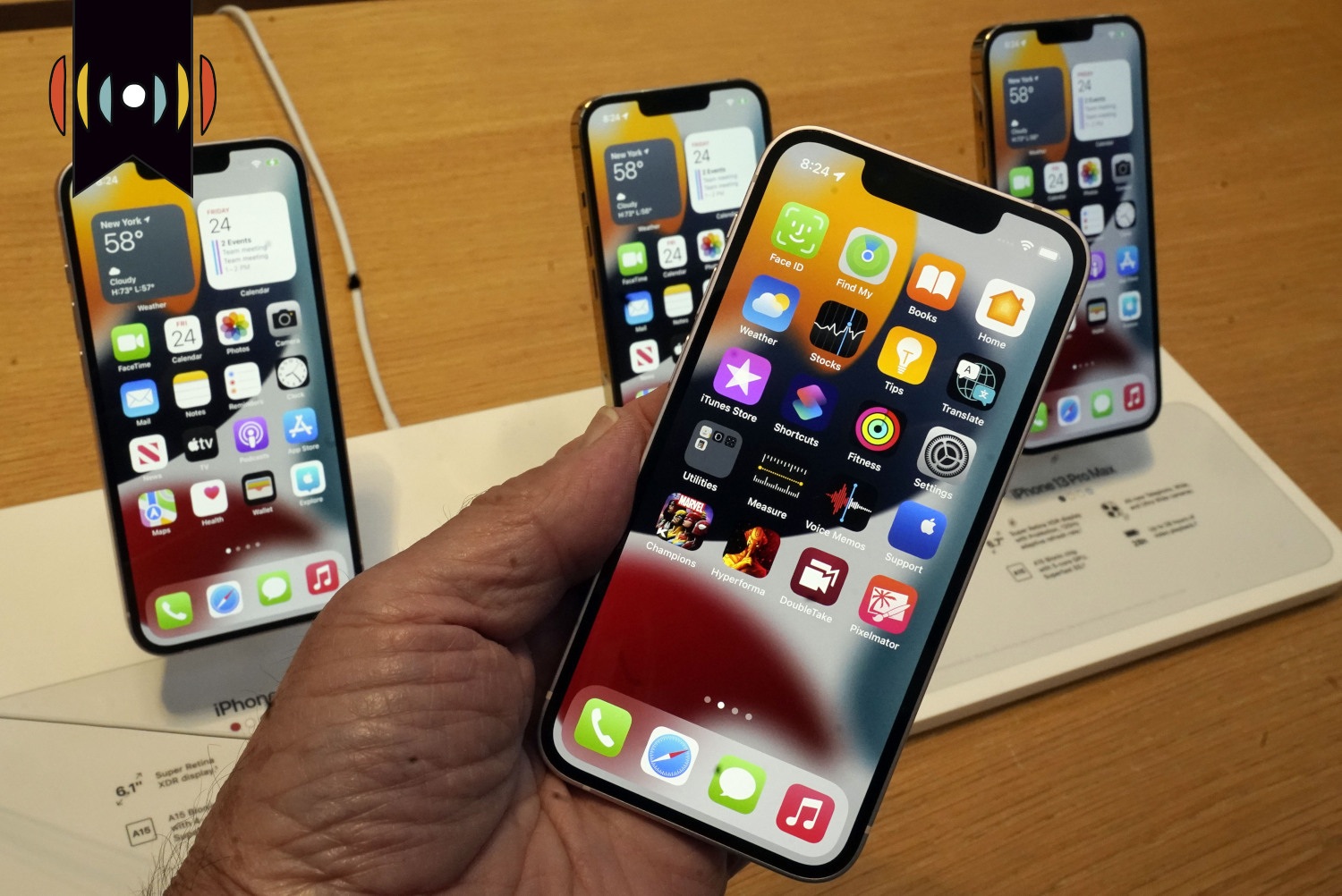 It will not surprise you to hear that it takes quite a lot of resources to do the reporting, the editing, and the production that ensures this program makes it to your device each morning. And we are so grateful for the faithful giving that makes it all possible. If you appreciate the program but haven’t taken the opportunity yet to send a gift of support, I’d ask you to consider making this November the time that you make your first gift.

BUTLER: We do recognize that might be difficult this year with the inflationary squeeze you may be feeling around your household. I’ve certainly noticed the rising prices of everyday items and I know that may hold you back. But I heard you yesterday, Nick, with David Bahnsen, so I feel a lot more comfortable saying, hey, two can play this inflation game: we’ll fight inflation with inflation. Meaning, we have a family who’s pledged a dollar for dollar match of all new gifts—up to $40,000.

EICHER: That’s inflation that’s working for you! A $50 gift goes twice as far becomes a $100 gift. But it’s just for first-time donors and it’s just this month—please visit wng.org/donate.

First up: built to break.

Livermore, California, is home to a very impressive piece of technology: the world’s longest lasting lightbulb. It’s called the Centennial Light, and it’s been burning since 1901!

BUTLER: Well, they don’t make them like that any more!

EICHER: True and some say it isn’t necessarily because they can’t. It may be by design.

MONTAGE: “How many iPhones have you had?” “I think five or six” “This current iPhone, how long have you had it for?” “I’ve had this I think a year and a half” “You always have to level up.” “It has lots of problems. It has problems both mechanically and in my life. "If I update one thing , then sometimes I have to update everything.”

CALEB BAILEY, REPORTER: Every year, a new iPhone comes out. And not just one version. Buyers can choose from a variety of sizes, camera quality, and storage options. But even with all its bells and whistles, the latest and greatest iPhone can’t stay new forever. It gets old. Eventually it stops working.

And that’s no accident. It’s actually part of the design—a concept called planned obsolescence. Paul Poteete is a professor of computer science and engineering at Geneva College.

POTEETE: ​​Planned obsolescence is planning that something will fail, before it naturally would fail.

The concept of planned obsolescence dates back to the early 20th century. That’s when a group of leading lightbulb manufacturers gathered in Geneva, Switzerland.

POTEETE: They weren't making enough money off light bulbs back in the 1920s, and 1930s. So they were like, well, you know what, we’re not selling enough light bulbs, let's let's make these things fail.

They were known as the Phoebus Cartel, Phoebus after the Greek god of light, also known as Apollo. And their plan to shorten the lifespan of lightbulbs ignited a flame that would burst into other industries in decades to come.

POTEETE: So we can talk about Apple Corporation, their iPhones, they were actually slowing down the iPhone. So if your iPhone was getting old, they were literally throttling down your processor, so they were making your phone slower.

POTEETE: In the Western society, I guess you could say it's, it's really important. And the way they word things, and the way we say things and that might be, might be good and bad.

No matter what they called it, consumers didn’t like it. Making products that are designed to fail isn’t illegal. But some people think it should be.

Activists in the so-called Right to Repair movement are pushing state and federal lawmakers to protect users from faulty equipment. They hope to force companies to create products that users can repair easily.

Right now, the effort to repair something like an iPhone is so complicated and expensive, it’s simply easier to buy a new one.

POTEETE: So if you change out the piece of hardware, it no longer matches what the operating system or what that code would look for inside the hardware or inside that software.

Even without legislation, the Right to Repair lobby is having an effect. Apple announced last week it will begin to sell the parts needed to repair its products, along with instructions on how to do the work. These resources have always been confined to the Genius Bar and any repair had to go through Apple, or an authorized technician.

While planned obsolescence is costly for consumers and can create unnecessary waste, it does have some benefits.

Jason Thacker is the chair of Research and Technology Ethics at the Ethics and Religious Liberty Commission of the Southern Baptist Convention.

THACKER: ​​ But at the same time, we also know that this practice, or this theory, in some sense, also creates jobs, it creates economic growth, it promotes innovation, it produces cheaper devices, so even luxury goods. Now some of the innovations that happen on luxury goods, or high end devices, make their way down into cheaper and more available devices for all people.

Thacker also says it’s important to distinguish between planned obsolescence and what’s called perceived obsolescence. Much of what we see as a product becoming obsolete is psychological. And behind that marketing science is our innate desire for the next great thing.

And in our increasingly consumerist culture, the line between need and want gets blurred really early.

THACKER: I talk to my 5 year old a lot about this, he says, I need this. And I have to teach him even at 5 years old, well, you don't need this, you want this, there's a difference between need and want.

Even if tech companies don’t heed the call to make devices that last longer, buyers still have a choice about when and whether they’re going to upgrade. And as we debate our next big tech purchase, Jason Thacker says that’s a great time to check our beliefs about what gives us value.

THACKER: It isn't tied to the type of technologies or the ways that they dress or things like that is that the church, the Body of Christ comes together to recognize our value is in the image of God. It's in the being created in God's image, having that inherent dignity, value and worth as human beings.