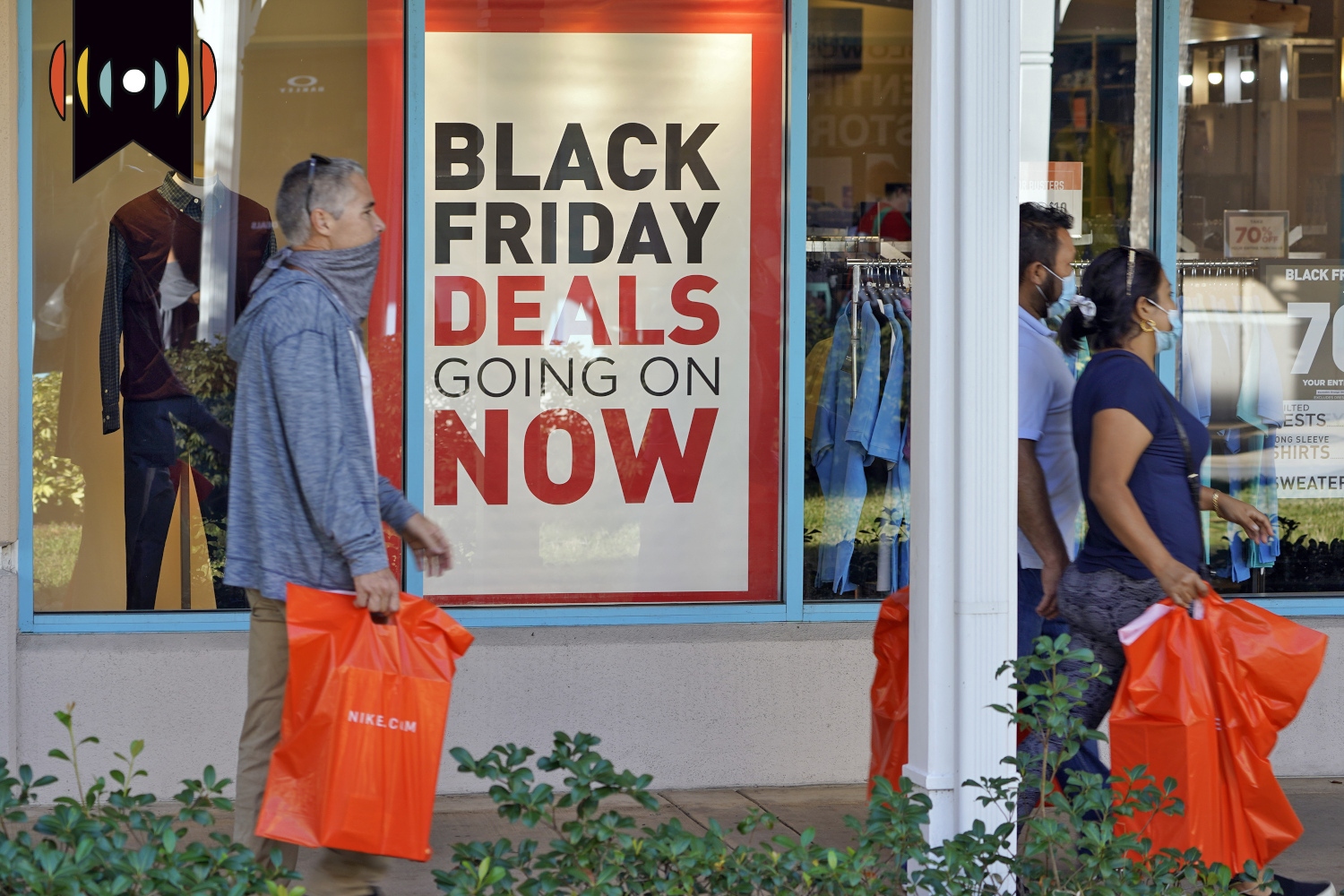 JOSH SCHUMACHER, REPORTER: Last week, I stood outside my local big box store on a windy day and asked people about their Black Friday shopping plans.

PERSON: I've actually already done most of my Christmas shopping.

PERSON: Well, that's why I've done all my shopping ahead of time for the big ticket items. Because I was worried that what I'd want wouldn't be there.

But many people told me they weren’t worried about not being able to find what they wanted.

PERSON: No, ‘cause I thought some of the things that I'd already gotten would have problems, but they're not.

But not all shoppers are as confident. Brian Strow is a professor of economics at Palm Beach Atlantic University.

STROW: Well, Black Friday may be more constrained than normal. We do see some consumer prices going up, in some cases fairly dramatically. And so there has been some discussion among some consumers that they may cut back on purpose this holiday season. At the same time, the reason prices are in fact, higher is because people are interested in buying things…

Strow says the main question with this year’s Black Friday is whether the supply chain will be able to hold up.

But that’s not the case for everybody.

STROW: Nevertheless, there are shortages everywhere, if you're trying to order furniture, or new cars, or frankly, anything with a computer chip, and it is is backordered for months.

Thanks to federal stimulus payments and rising wages, many consumers are flush with cash. Strow says that’s made retailers optimistic about demand. But that won’t matter if they can’t keep store shelves stocked.

And the supply chain isn’t the only concern. There’s also inflation--big time inflation. And Brian Strow says that has consequences for the health of the economy as a whole.

STROW: Well, the economy if anything is overheating, right now we see inflation over five, six per cent--the highest rate, it's been in 30 years. 11 million job openings going unfilled. So if anything, with new spending being proposed from Washington, DC, the economy is running too fast...

Strow says typically, economists worry about too little spending going into the holiday shopping season. This year, it’s very much the opposite. Increased spending will just throw fuel on the inflationary fire. So, for some economists, less spending might not be entirely unwelcome.

Shawn Ritenour teaches economics at Grove City College. He says if consumers are spending money they don’t actually have, that would amplify those inflation issues even more.

RITENOUR: I think, if we end if we increase our spending, and fund that by increasing consumer debt, I think that's a big mistake, because those chickens are going to come home to roost…

Ritenour says the country can’t keep up its current level of inflation forever.

RITENOUR: I mean, things have been able to have been kept afloat, largely because the Federal Reserve has pumped so much money into the economy, and at some point, the Feds gonna say we can't continue this inflation, they're going to have to slow the rate of growth in the money supply. And when that happens, interest rates are going to go up significantly, and a lot of economic activity that has been undertaken will be proved to be built on a house of financial cards.

But Brian Strow says consumers shouldn’t be too worried.

STROW: I think the average person on the street should smile, it's Christmas holiday season, and you should do what's good for you. If times are good in your household, and you have some loved ones you'd like to reward with a gift by all means, don't think twice about doing that.

Back at my local big box store, that’s exactly what most shoppers seem to be doing. One woman told me she planned to keep shopping disruptions in perspective.

PERSON: If I don't find what I need, it's really probably not the end of the world.