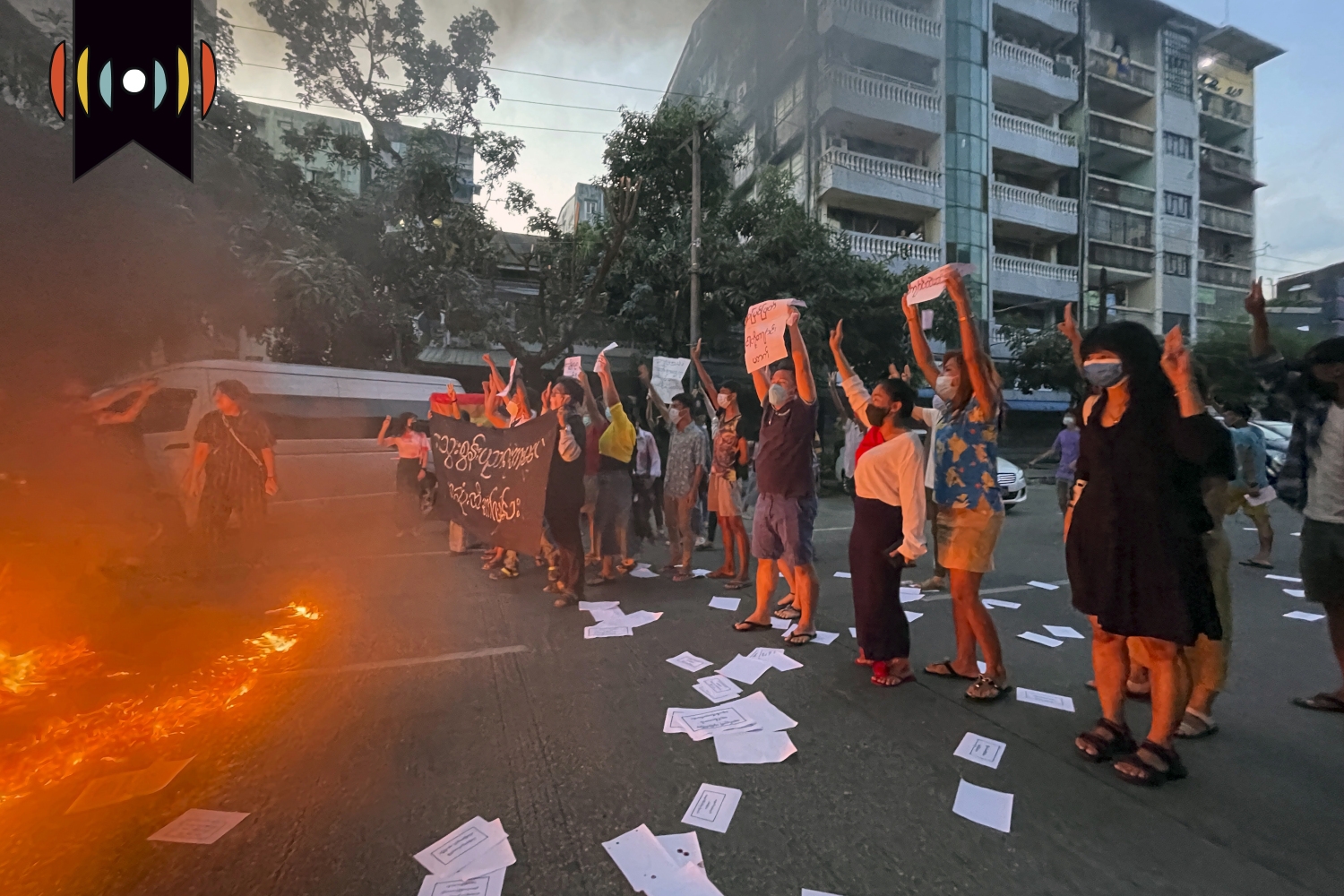 NICK EICHER, HOST: Coming up next on The World and Everything in It: the continued struggle for democracy and justice in Myanmar.

American journalist Danny Fenster returned home to suburban Detroit last week after months behind bars in Myanmar. Former U.S. diplomat Bill Richardson helped to negotiate his freedom. That spared him a sentence of 11 years hard labor on what the State Dept. called trumped up charges. The U.S. government said the journalist’s only crime was telling the truth about what’s happening in that country.

While Fenster avoided serving the unjust sentence, it was still more evidence that the military in Myanmar rules with an iron fist.

PAUL BUTLER, HOST: While he made it home, for most of the 54 million people who live there, there is no escape. Injustice there is the norm, and abuses and atrocities are again on the rise.

The United Nations recently sounded alarms about a “human-rights catastrophe” in Myanmar with no end in sight.

Joining us now with more on the crisis is Olivia Enos. She cofounded the Council on Asian Affairs in Washington D.C. She has published numerous papers on human rights in Asia, and she serves now as a senior policy analyst with the Heritage Foundation. Olivia, good morning!

OLIVIA ENOS, GUEST: Good morning. Thanks for having me on, Paul.

BUTLER: Well first of all, catch us up a bit on what's taken place this year in Myanmar. There was a lot of hope in 2015 when Myanmar held its first free elections in 25 years but what are some of the things that have been happening since?

ENOS: Yeah, well, Paul, you're absolutely right. I think this year has been a huge turning point for the people of Myanmar—also known as Burma. The Burmese people went and cast their votes last year and delivered a landslide victory for the National League for Democracy, which was the civilian government that was ruling in Burma. And that landslide victory was essentially entirely disregarded by the Burmese military when they carried out a coup on February 1. Since that time, we've really been bearing witness to, as you mentioned, atrocities. We've seen a lot of clamp downs on freedom of speech, freedom of association and the like. And we've seen a rise of a, you know, a reemergence of a historic civil disobedience movement within Burma that is seeking to stand on the side of freedom.

But ultimately, I think many people in Washington and around the globe are fearful of what it means to have the Burmese military in power, because we know what the Burmese military has done in the past. And just in 2017, we saw what the United Nations deems genocide and crimes against humanity carried out against the Rohingya Muslim minority in Burma. And I think now we're starting to see some of those atrocities occurring against other communities within Burma, just as experts have been warning since the coup began.

BUTLER: So you mentioned the attacks against the Rohingya. There are many reports that attacks like that are again on the rise. What can you tell us about that?

ENOS: Yeah, so especially in the recent weeks and months, we've seen several attacks against the Chin minority in Chin State. This is a predominantly Christian minority. And, of course, within Burma, there's a long standing history of disputes between the military and ethnic armed groups all throughout the country. But we've really seen these types of efforts escalating. We've seen homes burned, people being displaced. This looks actually quite similar to what we saw happening against the Rohingya. But what really worries me about this is, you know, I had called on the Trump administration and continue to call upon the Biden administration to issue its own atrocity determination, saying, what took place against the Rohingya back in 2017? And for whatever reason, there's been a reticence to there's been reticence to call a spade a spade, and to say, yep, genocide and crimes against humanity happened against Rohingya. When entities don't face consequences for atrocities committed in the past, they're going to be even more emboldened to commit them in the future. And so I think that's why we're seeing what we're seeing today.

BUTLER: Now it does seem to me that I've seen some people who shy away from the term of genocide refer to this as just a civil war. What are your views on that?

ENOS: Yeah, so I think that the international community has been casting about for how to describe the exact situation in Burma, some people started out calling it a failed state. Now, some people are saying that it's a civil war. I'm not exactly sure what term I would give it, other than the fact that the government is failing to represent the will of the people. But I think that the U.S. government either way has a responsibility to support those pro democracy elements, those groups that are in favor of reform in Burma, and also to hamstring the efforts of those actors like the Burmese military, and many of the military-owned subsidiaries that line the private coffers of the military and embolden them to continue to carry out those atrocities. I think there's been some really great work on this. I put out a report earlier this year, highlighting different potential sanctions targets, including the Myanmar oil and gas industry, which to date has not been sanctioned by the U.S. government. But also that there's the prospect of designating various banks as primary money laundering concerns or applying secondary sanctions to businesses even beyond Burmese borders, that are facilitating ongoing wealth generation for the Burmese military in a variety of sectors.

BUTLER: Well, you've just mentioned two things that the US could do. Are there other actions that you think we should be taking?

ENOS: Absolutely. I mean, I think there are a lot of actions that can be taken. As I mentioned, issuing an atrocity determination is absolutely critical. And I think also not just issuing that atrocity determination, but also watching for early warning signs of other atrocities, like what we're starting to see in Chin State, maybe even happening in other states like Shan State and otherwise.

The second, of course, I mentioned were sanctions to cut the Burmese military off from all international financial funding.

The third thing—and I think this is very important, I haven't raised this before—is that when a government or a self-declared government like the Burmese military fails to protect the rights of its citizens, the U.S. has a valuable, practical, tangible tool at its fingertips. And that's the U.S. Refugee Admissions Program. We've long been advocating at Heritage for priority to refugee status for Rohingya. But I think that should now be extended to individuals who have been a part of the civil disobedience movement or who are at risk purely due to their previous affiliations or associations with the U.S. government now that the military is in power. I think offering refugee relief that is quick and expedited but still requires stringent vetting is a means of offering safe haven to those who cannot find it within their own borders.

We will keep our eye on this story. Olivia Enos has been our guest. Olivia, thanks for joining us this morning.

ENOS: Thank you so much for having me, Paul.