A prison reform rally at the Mississippi Capitol in Jackson on Jan. 24 Associated Press/Photo by Rogelio V. Solis

Janice Wilkens received an upsetting call from her son on Jan. 2. “He was devastated, and he was nervous,” she told WMC-TV in Memphis, Tenn. “He wanted help right away.” Her son, 36-year-old Denorris Howell, was an inmate at the Mississippi State Penitentiary in Parchman, Miss., in the notorious Unit 29, where prison officials reported major disturbances due to gang violence. The next day, Wilkens learned her son had died in a fight with his cellmate.

Howell was one of five prisoners to die that week in Mississippi custody. During the first week of January, violence and chaos broke out at three state prisons, with inmates killing each other and a cell block in Parchman catching fire. Two inmates escaped, prompting a statewide prison lockdown until after they were recaptured—one the next day and one after two days. In total, 15 Mississippi prisoners have died since Dec. 29, most due to violence, some from suicide, and at least one by natural causes. Politicians have praised the state’s recent efforts at criminal justice reform, but these disturbances may indicate that more needs to be done.

“The level of violence that pervades Mississippi’s prison system is directly linked to the acute understaffing of its prisons,” the American Civil Liberties Union, the Southern Poverty Law Center, and several other prison advocacy groups said in a letter sent Jan. 7 to the U.S. Department of Justice. A week later, attorneys for 29 inmates filed a lawsuit against prison officials with the help of funding from the philanthropic arm of rapper Jay Z’s Roc Nation company and rapper Yo Gotti.

Inmates have used contraband cellphones to send photos of the poor living conditions, especially in particular units at the Penitentiary in Parchman. One undated photo showed five men in striped prison uniforms sleeping on a cell floor beside a full toilet. Illicit phones, weapons, and drugs are persistent problems within the prisons. At one Mississippi correctional institution, 30 percent of inmate drug tests came back positive. Some believe guards are taking bribes and dealing drugs to supplement their income.

“At $25,000 a year working at Parchman, it’s not always easy to find people who want to dedicate themselves to a career in corrections,” outgoing Gov. Phil Bryant, a Republican, told reporters in early January.

The Mississippi Department of Corrections submitted documents to state budget writers last summer showing close to half of the department’s security jobs were vacant in the fiscal year ending June 30, 2019. The advocacy groups’ letter to the Justice Department said the staff vacancy rate at Parchman was 42 percent. The unfilled posts have made room in the prisons for gangs, which officials hold responsible for many of the recent deaths.

Historically, the state has one of the country’s highest incarceration rates and highest poverty rates. It tried to tackle the problem of mass incarceration with a major criminal justice reform law in 2014. It implemented some alternatives to putting nonviolent offenders and probation violators in prison and gave more funding to reentry programs for released convicts. Bryant, whose term as governor ended Jan. 14, said the legislature had not funded all of his proposals for reforming the system, including hiring more guards and increasing salaries. When asked who was responsible for the recent violence, he said, “The inmates are the ones that take each other's lives. The inmates are the ones that fashion weapons out of metal. ... So, I would say, look to the inmates.”

But insecure, overcrowded, and understaffed prisons breed violence among prisoners, according to Prison Fellowship. Matthew J. Hall, provost of The Southern Baptist Theological Seminary, wrote that Jesus and the writer of the book of Hebrews both commanded Christians to have compassion for prisoners: “While these passages have in mind especially our fellow Christians incarcerated for the faith, it cannot imply that we neglect our unbelieving neighbor in the next cell.”

In his inaugural State of the State speech on Jan. 27, Mississippi’s new governer, Tate Reeves, also a Republican, called for the closing of the troubled Unit 29 at Parchman. 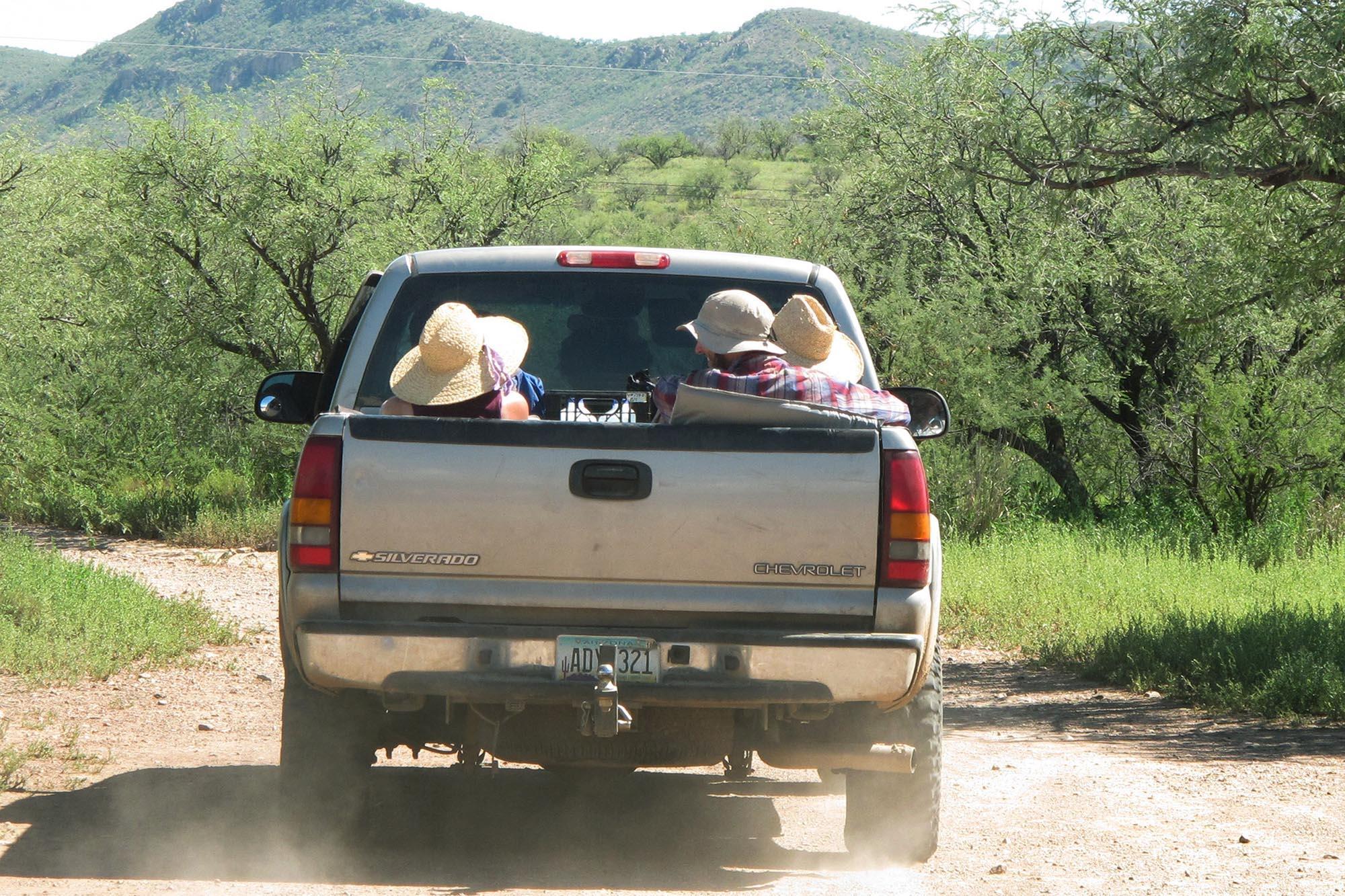 Volunteers with No More Deaths head to a water station for illegal immigrants near Arivaca, Ariz. Associated Press/Photo by Amanda Lee Myers (file)

A federal judge on Monday overturned the convictions of four members of an aid group who left food and water for illegal immigrants in the desert of southern Arizona.

Natalie Hoffman, Oona Holcomb, Madeline Huse, and Zaachila Orozco-McCormick left supplies in a restricted area of the Cabeza Prieta National Wildlife Refuge in 2017. Federal authorities criminally charged and convicted the four of entering the refuge without a permit and abandoning property. The defendants—who are affiliated with the Unitarian Universalist group No More Deaths—argued to U.S. District Judge Rosemary Márquez that stopping them from leaving out food and water violated their religious freedom. The judge agreed, citing the Religious Freedom Restoration Act when she reversed their convictions.

It’s not the first time the courts have weighed humanitarian impulses against immigration law. Authorities also charged Scott Warren with leaving food and water in the refuge, and a jury in Tuscon, Ariz., acquitted him in November of illegally harboring migrants. —Rachel Lynn Aldrich 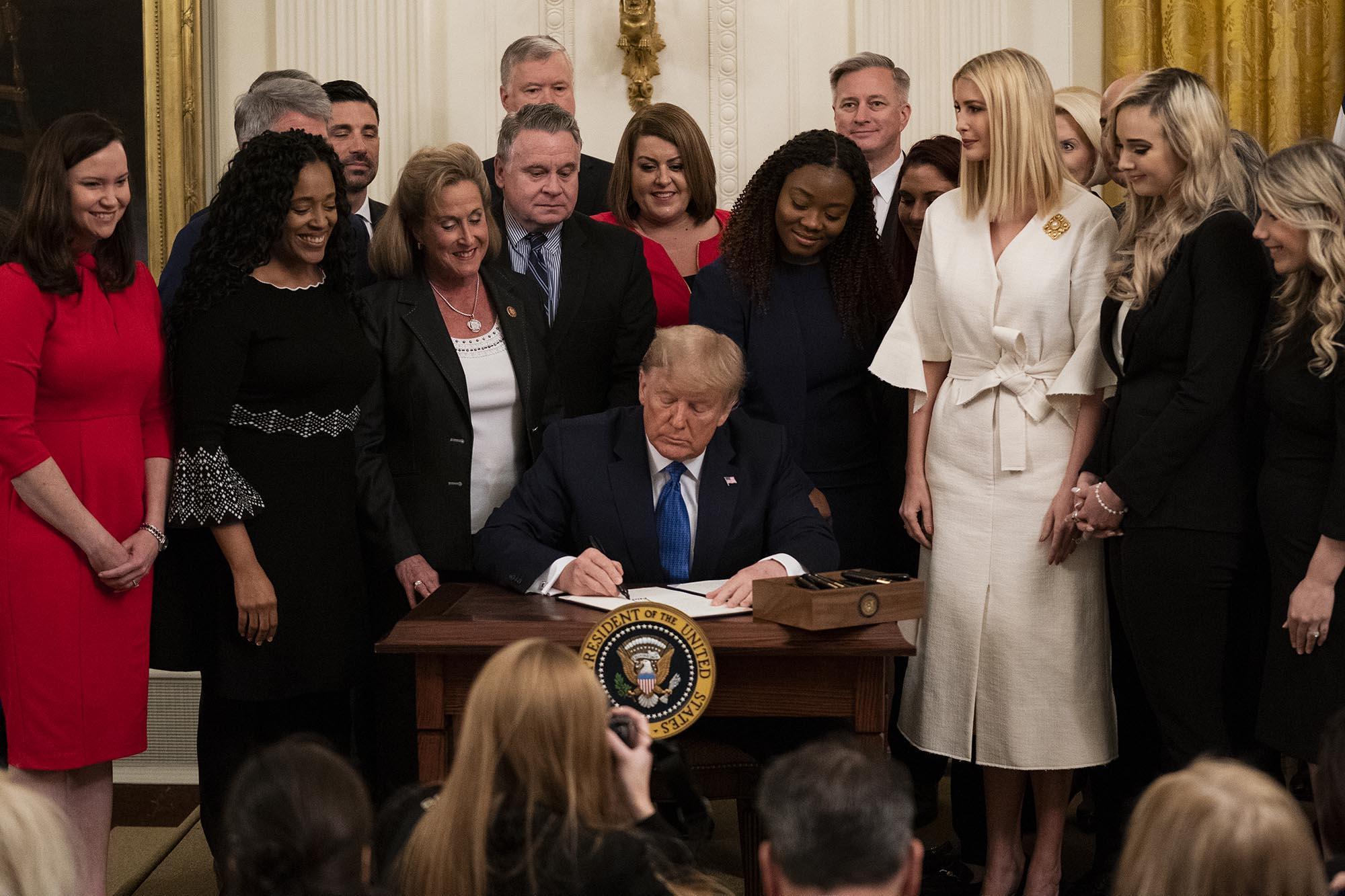 Volunteers with No More Deaths head to a water station for illegal immigrants near Arivaca, Ariz. Associated Press/Photo by Amanda Lee Myers (file)

President Donald Trump on Friday issued an executive order to fight human trafficking in the United States. The order pledges to direct resources to “vigorously prosecute offenders,” help victims, and raise awareness and provide education on the dangers of human trafficking. In addition to directing various departments to organize resources and information on trafficking, the order creates a position on the White House Domestic Policy Council to focus on the problem.

“This is an all-of-government approach with a number of agencies involved,” White House Domestic Policy Council Director Joe Grogan said. “Having someone established here in the White House who can coordinate on all these activities is going to really give us a leg up in combating human trafficking.”

The Department of Homeland Security has begun sending Brazilians back to Mexico to wait for the processing of their asylum applications, the agency announced Monday. DHS said the number of people from Brazil arriving at the U.S. southern border has tripled over the past year.

About a year after the Trump administration enforced the “remain in Mexico” policy, close to 55,000 asylum-seekers, mostly from Central America, are waiting south of the border to see whether they can enter the United States. As more asylum-seekers began arriving from South America, too, acting Customs and Border Protection chief Mark Morgan said the department was looking for ways to stem immigrants from outside the immediate region, specifically mentioning Haiti, Brazil, and African countries. —R.L.A.

One of President Donald Trump’s guests at his State of the Union address on Tuesday night was Tony Rankins, a U.S. military veteran who served in Afghanistan and struggled to find a job when he came home because of drug addiction, homelessness, and a criminal record. But R-Investments, a Cincinnati real estate investment company that works with federal opportunity zones, hired him to help renovate an apartment building. The company also paid for Rankins to stay two months in a hotel, and he now lives in the opportunity zone. The president praised Rankins for being “a top tradesman, drug-free, and reunited with his family.” —C.K.