A no-strings strategy to provide for the homeless falls short

Seattle plans to stop funding another tiny house village for the homeless after months of fighting with the property’s managers. It will be the second time the city has closed down a tiny house development.

Northlake Village, one of nine tiny house villages the city has built since 2015, opened in March 2018. A nonprofit group called the Low Income Housing Institute (LIHI) managed it and subcontracted with Nickelsville, an activist organization of homeless and formerly homeless people.

Tension grew, and in April, Nickelsville refused to allow LIHI or city staff on the property. They closed the gates with padlocks and posted signs telling the residents working security to keep LIHI or city staff out. In September, the city gave LIHI an Oct. 7 deadline to enroll residents in the city’s Homeless Management Information System. LIHI failed to comply, blaming Nickelsville for not cooperating.

On Oct. 29, LIHI representatives informed residents the village would close and caseworkers would help them find other housing. But even as caseworkers moved people out, KOMO-AM reported Nickelsville was allowing new people to move in.

Seattle’s tiny house initiative has been “an abysmal failure,” Discovery Institute fellow Christopher Rufo said. In September, the city said it would close the Licton Springs tiny house village, which allowed residents to use drugs and alcohol. Calls to police for help in the area increased by 62 percent in one year, The Seattle Times reported. Seattle said officially it was shuttering the village because not enough residents have moved on to permanent housing.

One tiny house development in Austin, Texas, has succeeded by encouraging residents to build a community and take responsibility for it. The Community First! Village charges residents $225 to $430 a month plus the cost of electricity. The Village hosts community events and microenterprises such as a garden and car repair shop where people can work. It can house a little more than 200 people, though it is currently not full.

Since the property opened in 2015, it has had a 70 percent retention rate. The ministry that runs it broke ground on phase two, an expansion to add roughly 300 more homes. The new residents are expected to begin moving in early next year. During recent public debate over the future of Austin’s camping ban, which the city lifted this past summer, people regularly raised the tiny house community as a positive alternative to the city’s shelters and other methods of housing the homeless.

Unlike Seattle’s tiny house villages, which are meant to be transitional and do not charge rent, Austin’s serve as permanent housing. The main difference is “the level of emphasis that is placed on building community and relationship,” said Rob Smith, a Seattle entrepreneur who has studied the Community First! model.

Christopher Rufo said Nickelsville and the other groups that run the Seattle villages “want to turn homelessness into a political power center.” They attend city council meetings and advocate for more funding, sometimes shouting and causing disruptions. The Seattle City Council plans to stop funding Northlake Village after December. But Rufo said the city has threatened to cut Nickelsville’s funding before, and “a year from now they’ll still be in the mix, they’ll still be receiving public funding, they’ll still be expanding their encampments.” 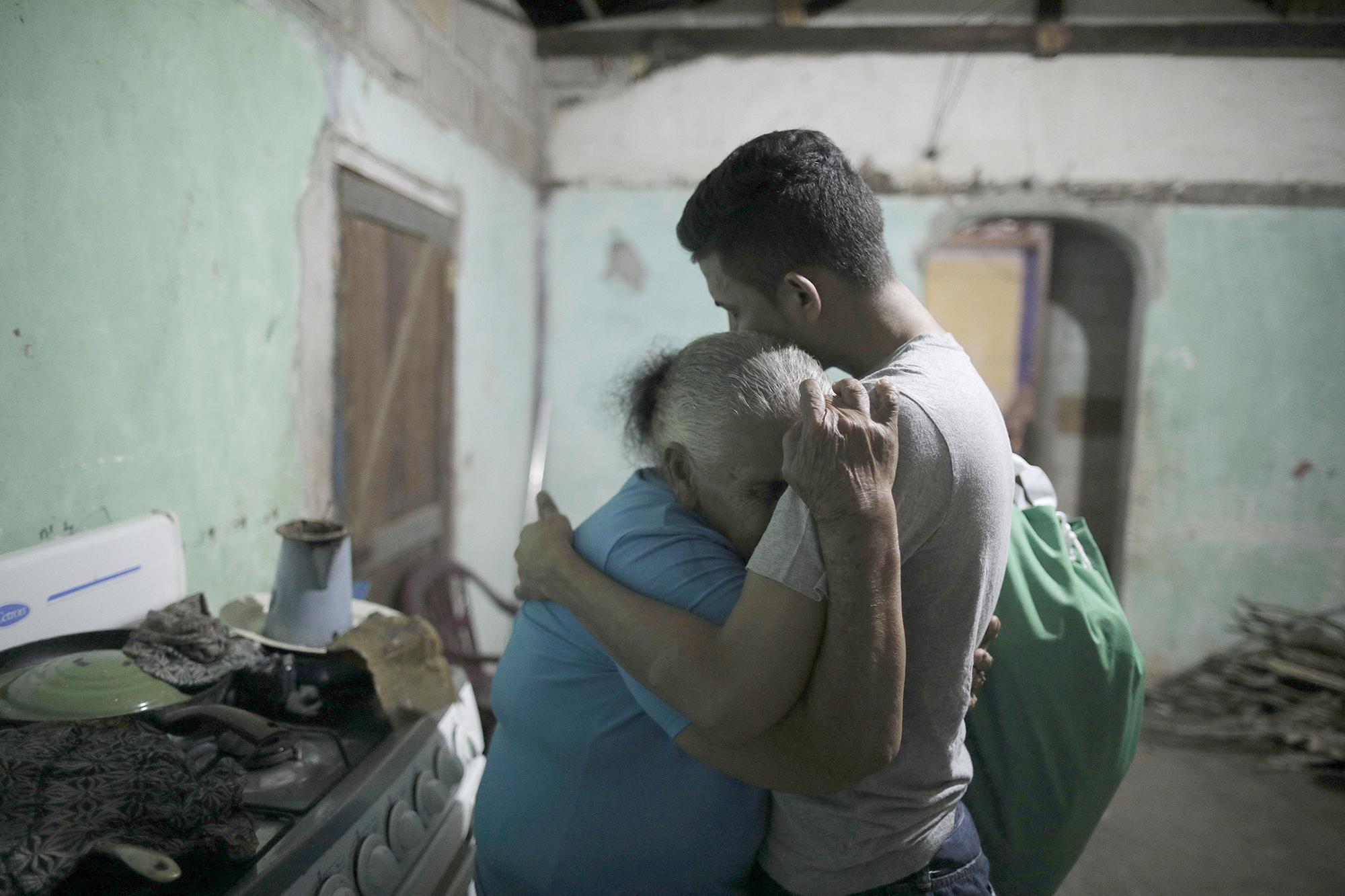 The United States deported a Honduran asylum seeker on Thursday for the first time since the Supreme Court green-lighted the Trump administration’s third-country rule. Immigration authorities sent the man from the U.S. border at El Paso, Texas, to Guatemala, and from there he opted to return to Honduras.

Erwin José Ardón Montoya arrived home in the village of Colón, Honduras on Saturday. He said he has an infant daughter in the United States, and he might try to get into the country again next year. More flights carrying asylum seekers to Guatemala will likely take place next week.

The United States and Guatemala signed a third-country agreement in July that means asylum seekers have to first file claims in Guatemala if they pass through it on their way to the U.S. border. The land routes from Honduras and El Salvador both pass through Guatemala. The move was one aspect of President Donald Trump’s push to stem the flow of immigrants across the southern border.

The Trump administration intends to send the asylum seekers to Guatemala City, acting Homeland Security Secretary Chad Wolf said. But many critics argue that Guatemala, which struggles with violence and poverty, is anything but a safe third country. —Rachel Lynn Aldrich 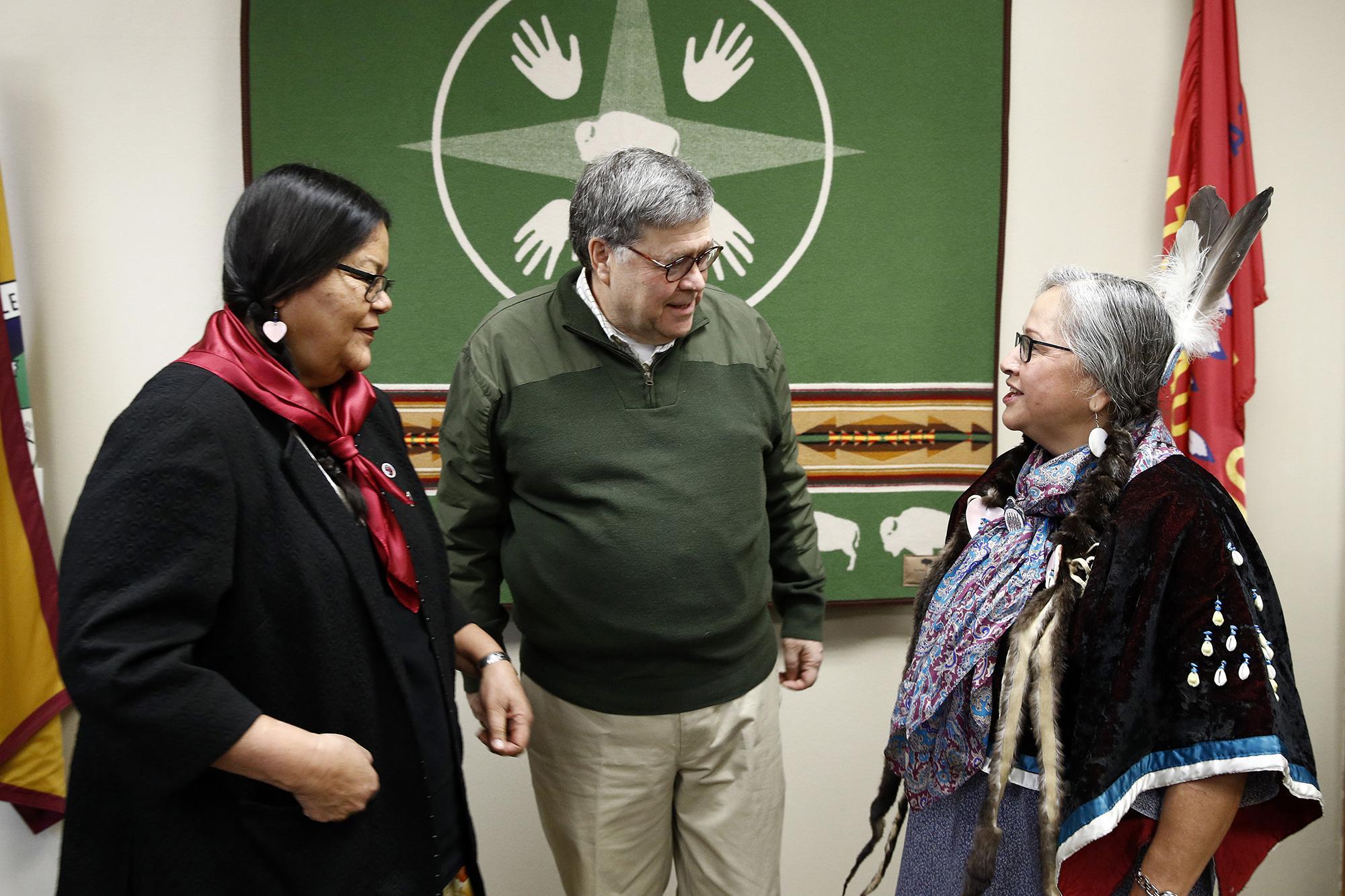 Attorney General William Barr on Friday announced an initiative to address the high rates of missing and murdered Native American women. On some reservations, women are killed at more than 10 times the rate of the national average, according to federal studies.

“This is not a panacea,” Barr said during a visit to the Flathead Reservation in Montana. “This is a step in the right direction, but we have a lot more work to do working together.”

The plan calls for $1.5 million to fund a Missing and Murdered Indigenous Persons Initiative that would create a special coordinator position at 11 U.S. attorney’s offices that deal with Indian Country cases. Montana has already hired a former FBI agent for the position. The initiative would also allow tribal or local law enforcement to receive FBI support in some cases and analyze how to better gather information on missing persons. —R.L.A.

A jury in Tucson, Ariz., last week acquitted Scott Warren of helping illegal immigrants avoid capture. Warren helped two men who crossed the U.S. southern border in January 2018. He could still get jail time or probation on separate charges after leaving food and water for migrants in the Cabeza Prieta National Wildlife Refuge in 2017, the Arizona Daily Star reported. —R.L.A.