Armed Haitian police and soldiers milled around the upscale neighborhood of Petionville, a Port-au-Prince suburb, where President Jovenel Moïse was murdered in his home at about 1 a.m. on Wednesday. In the Thomazeau commune about 20 miles east of the capital, markets closed after the assassination. Dr. David Vanderpool from LiveBeyond Haiti, a U.S.-based mission group that works out of the commune, said needs are already rising. “Many people are coming to our base seeking food,” he said.

Interim Prime Minister Claude Joseph declared a two-week state of emergency. He has ordered the reopening of the international airport in Port-au-Prince and urged people to return to their businesses, saying authorities are in control. But the attack adds another layer of uncertainty to a nation already overwhelmed by gang violence, economic instability, and political unrest.

Authorities said gunmen killed Moïse and wounded his wife, first lady Martine, who is receiving treatment at a Miami hospital. On Sunday, Haitian National Police Chief Léon Charles revealed authorities had detained 21 suspects, including two U.S.-Haiti dual citizens and 18 Colombians. Charles said police killed three suspects and continued to search for five others. “We are going to bring them to justice,” he said.

It remains unclear who ordered the hit. Authorities blamed “a highly trained and heavily armed group.” The Colombian Defense Minister Diego Molano said six Colombians, including two who died, were retired army members. Bocchit Edmond, the Haitian ambassador to Washington, told The Guardian the killers posed as agents of the U.S. Drug Enforcement Administration (DEA). “This was a well-orchestrated commando attack,” he said. “They presented themselves as DEA agents, telling people they had come as part of a DEA operation.”

Charles on Sunday identified the latest of the 21 suspects as Christian Emmanuel Sanon, a 63-year-old Haitian doctor living in Florida who was in contact with a security firm that hired the gunmen and flew into Haiti on a private jet with several of them. Charles said the gunmen’s initial mission was likely to protect Sanon, who has expressed an interest in politics in the past, before they received an order to arrest Moïse. After the president’s death, one of the suspects allegedly called Sanon, who then contacted two of the alleged masterminds behind the plot.

The killing came one day after Moïse named Ariel Henry as the country’s new prime minister and tasked him with resolving insecurity and preparing the nation for presidential elections in September. Henry said he has no issue with Joseph continuing as interim prime minister, but he expressed concern “with the fact that people have taken hasty decisions.”

Henry, a former interior minister, was the seventh prime minister Moïse selected during his tumultuous tenure that began in 2017. The president of the Supreme Court, who should have taken over for Moïse according to the Constitution, died of COVID-19 last month. Moïse had been serving by decree since he dissolved the majority of the Parliament in January 2020 over a delay in legislative elections.

The president also faced protests from opposition groups who said his five-year term actually began in 2016 and ended in February. Moïse claimed his term ends next year since an interim government led the country during his first year in office.

Earlier in February, Moïse ordered the arrest of 23 people, including a judge and a police officer, over a foiled coup attempt. “The goal of these people was to make an attempt on my life,” he said at the time.

Meanwhile, inflation and gang violence in poorer regions of Port-au-Prince and in other provinces have worsened as food, fuel, and other basic amenities become increasingly scarce. In April, a criminal gang kidnapped seven Catholic priests and nuns, including French citizens, and demanded a $1 million ransom. About 13,600 people fled their homes in Port-au-Prince in June to escape clashes between rival gangs, according to the United Nations humanitarian agency.

Dr. Vanderpool said his organization has experienced violence first-hand over the past three years. One base manager was murdered outside the gates of the ministry, two other staff members were kidnapped and held for three days, and an American team member was assaulted.

Amber and Verdier Cherfils, a missionary couple with ties to New York who run a Haitian guest house for missionaries, said Moïse’s death left many families on edge and uncertain about the future. “What we’ve heard are people are in shock,” Amber told the New York-based News 12. “People are afraid. They’re afraid about their own security.”

Joseph has said he supports an international investigation into the killing and promised to work with supporters and opponents to ensure the September election moves forward. A U.S. team including officials from the FBI and the Department of Homeland Security arrived in Haiti on Sunday to help with the investigation. But the Pentagon is still analyzing Haiti’s request for U.S. troops, said Pentagon chief spokesman John Kirby.

Dr. Vanderpool, who also backed external security support, said LiveBeyond’s clinics and child nutrition programs would continue to serve despite the uncertainty. “Our difficulty to work has been much more difficult,” he said. “At the same time, the need for our work is increasing as well.” 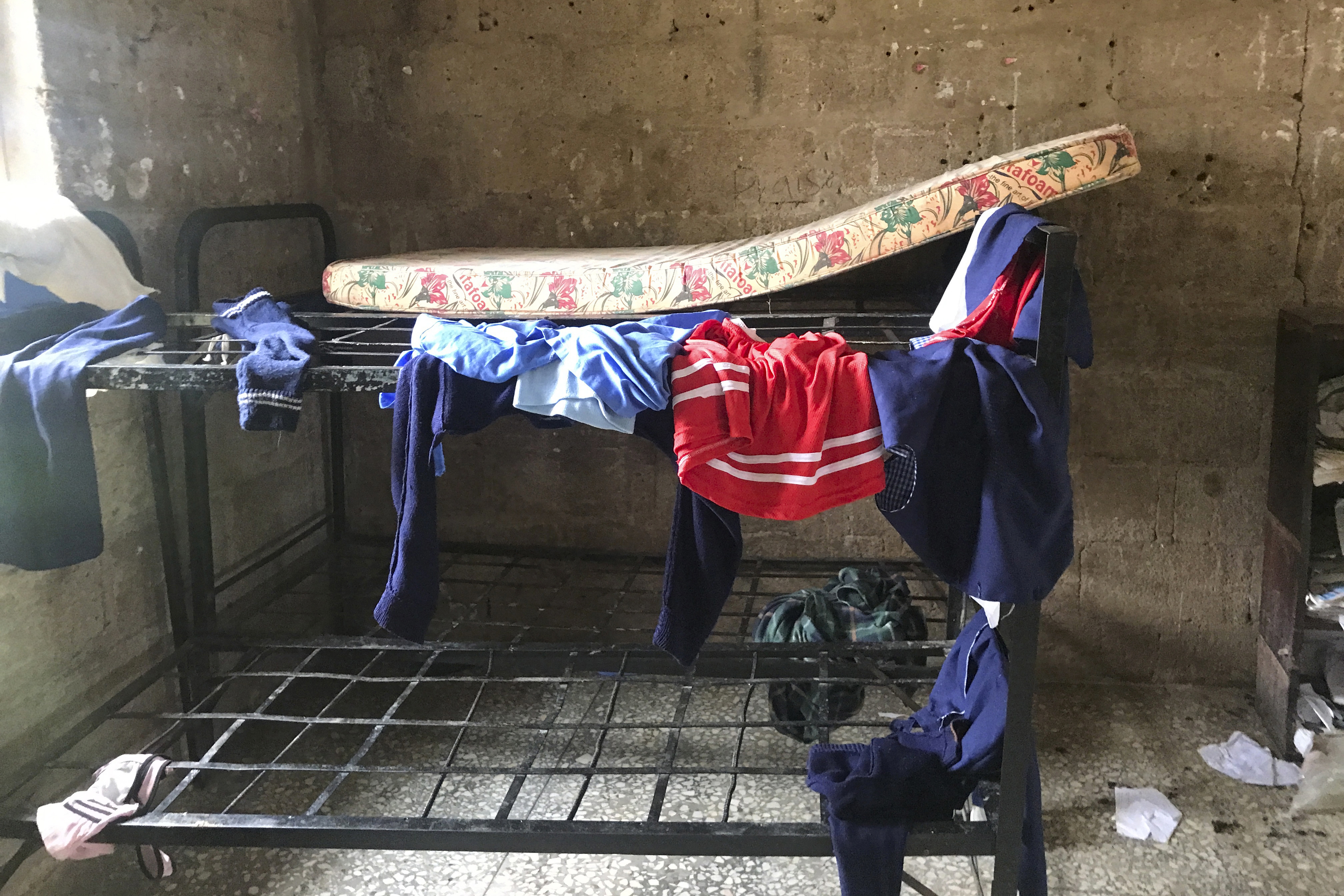 Another school kidnapping in Nigeria

Gunmen last Monday broke a hole into the perimeter fence of Bethel Baptist School in northwest Nigeria at about 2 a.m. They opened fire on the high school and took more than 100 students from their dormitories.

The abductors called school authorities and said the 121 students are still in good health, said the Rev. Yahaya Adamu Jangado, president of the Kaduna Baptist Conference and the school’s proprietor.

The Rev. John Joseph Hayab, a Baptist pastor and leader of the state’s chapter of the Christian Association of Nigeria (CAN), said his son was among the students who escaped. “Right now I’m speechless,” he told Morning Star News. “This is a very, very sad situation for us.”

Parents from the school established by the Bethel Baptist Church staged a protest decrying the rising attacks on schools and their communities. Local media reported that soldiers repelled a similar attack at Faith Academy, another Christian boarding school owned by the Living Faith Church, less than half a mile from the Baptist school.

The abduction is the latest in a string of attacks targeting schools. More than 900 students have been taken since December. Authorities blame much of the violence on bandits, but religious-motivated attacks continue. Suspected bandits killed at least 18 people in a community in Katsina, a city in the northwest, in a reprisal attack. The state government on Monday ordered the closure of 13 schools it considered vulnerable. —O.O. 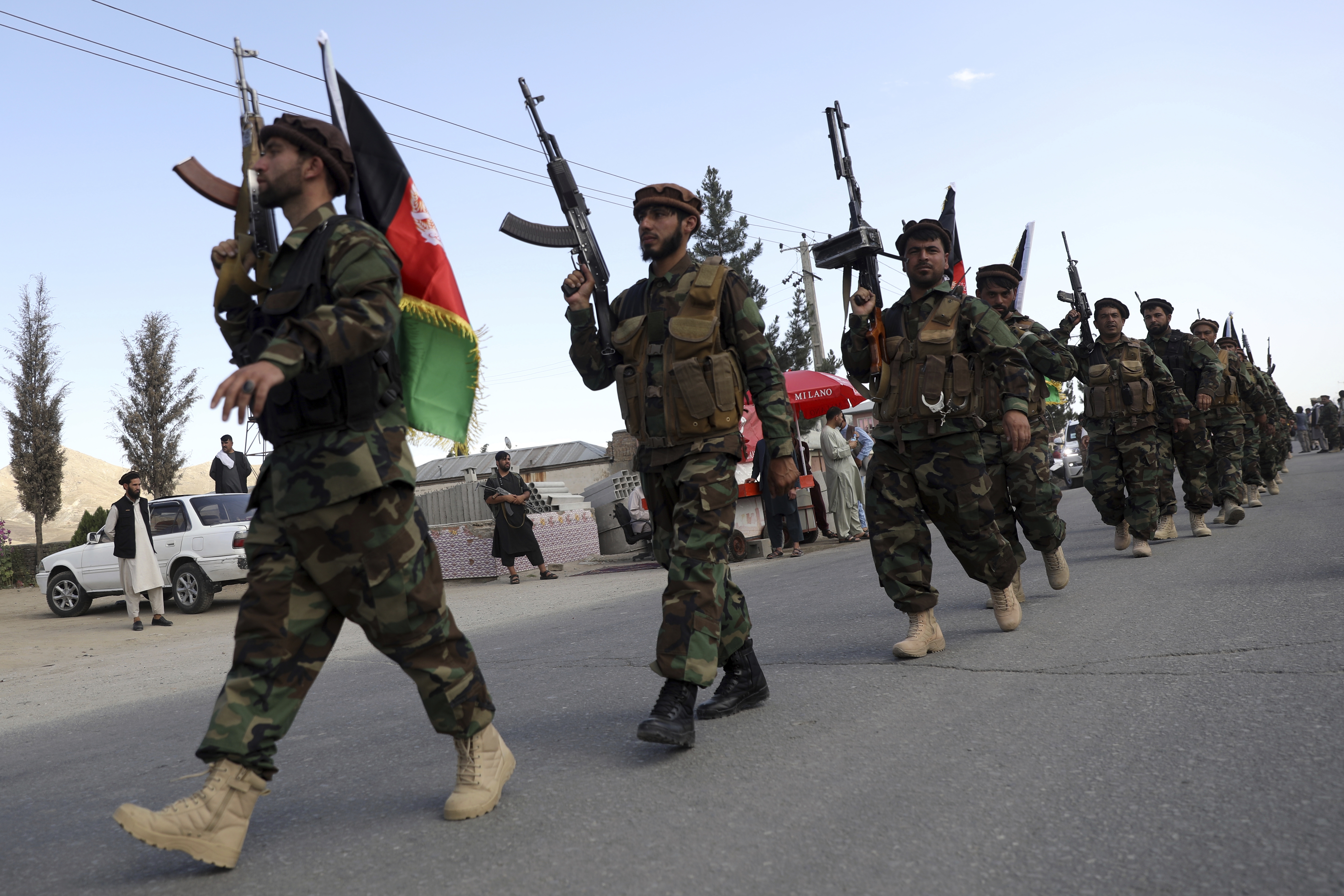 More than 300 Afghan military members crossed the border from northern Afghanistan into Tajikistan last weekend as the Taliban made advances into the region. Tajikistan authorities said more than 1,000 Afghan soldiers have fled into the country.

Mohib-ul Rahman, a provincial council member, said hundreds of Afghan army, police, and intelligence troops surrendered their military outposts and fled to the Badakhshan provincial capital of Faizabad, Afghanistan. The Taliban now control roughly a third of all 421 districts and district centers in the country.

The insurgent group began making territorial gains in April, when President Joe Biden announced the remaining U.S. and NATO troops would leave the county no later than Sept. 11. The U.S. Central Command on Tuesday said it has completed 90 percent of the withdrawal and expects the last troops to leave by August.

The northern region, where the Taliban has made progress, served as a traditional stronghold of U.S.-allied warlords who helped to defeat insurgents in 2001. Turkey and Russia closed their consulates in Mazar-e-Sharif, a provincial capital in northern Afghanistan, while other countries including India, Pakistan, and Uzbekistan, have limited their services.

On Thursday, Afghan troops recaptured government locations in the western city of Qala-e-Naw after the Taliban seized control a day earlier, in its first direct assault on a provincial capital since the U.S. withdrawal began. —O.O.

Israel’s parliament last week voted against renewing a law that prohibited Arab citizens from applying for citizenship and residency rights for their spouses from the West Bank and Gaza.

Israel passed the Citizenship and Entry into Israel Law as a temporary measure in 2003 during the second intifada, or uprising, when Palestinians launched attacks inside Israel. The parliament has renewed the law every year since the unrest wound down in 2005.

Tuesday’s 59-59 vote renewed concerns over the fragility of the new coalition government. Former Prime Minister Benjamin Netanyahu’s 12-year leadership came to an end in June when a coalition government led by Naftali Bennett took over. Netanyahu’s Likud party, which usually backs the law’s renewal, opposed it to mount pressure on the coalition.

While Arab families affected by the law welcomed the decision, lawmakers said it pointed to deeper political issues. Interior Minister Ayelet Shaked, who belongs to Bennett’s Yamina party, said Netanyahu and his party have chosen “petty and ugly politics, and let the country burn.” —O.O.