Police in Northern Ireland’s capital city of Belfast detained three 14-year-olds last Friday. The region has seen more than a week of disorder, with protesters hurling Molotov cocktails at police.

Security officers fired water cannons at protesters last week for the first time in six years. At least 88 police officers sustained injuries in the riots. Demonstrators as young as 12 set a hijacked bus on fire and threw firebombs over the decades-old “peace wall” in west Belfast that has separated the predominantly Protestant loyalist communities from mostly Catholic nationalist communities. Law enforcement detained children as young as 13. Justice Minister Naomi Long criticized youth involvement in the unrest, saying “this is nothing short of child abuse.”

Saturday marked the 23rd anniversary of the Good Friday Agreement, which ended the deadliest fighting between Catholic republicans who wanted a united Ireland and Protestant unionists, or loyalists, who wanted to remain in the United Kingdom in 1998. But tensions began rising again in January, when Britain formally left the European Union. The violence died down this week, but issues that ignited the latest unrest remain largely unresolved.

Under the 1998 deal, Northern Ireland remained part of the United Kingdom, but the EU trade standards kept its border with the Republic of Ireland open. The new Brexit trade agreement leaves Northern Ireland in the EU single market for goods, imposing border checks on products arriving in the region from Britain. The move has triggered delays at the Irish Sea border and left many shelves empty earlier this year. Many see the checks as undermining the Good Friday Agreement.

“The whole idea of the Good Friday agreement was to allow people to see themselves as free,” said Gemma Clark, a lecturer in British and Irish History at the University of Exeter. “The feeling on the loyalist side is that they’re going to be treated differently from the rest of the United Kingdom.”

Protesters also criticize authorities’ March 31 decision not to prosecute 24 members of the ruling Sinn Fein party for violating pandemic restrictions by attending the funeral of Bobby Storey, a prominent member of the Irish Republican Army (IRA). “Loyalists are also upset because they think the police are too sympathetic with the Catholics,” Clark explained.

Leaders from the United Kingdom and the European Union continued talks this week on trade regulations in Northern Ireland. Both sides are working on a standard for food safety procedures, construction, and other goods like medicines and steel.

James Calcutt, a postgraduate researcher at the Royal Holloway University of London, noted that Brexit is only part of a multifaceted problem in the region. He said many of the younger protesters came from working-class communities affected by the pandemic. Education Minister Peter Weir last week ordered youth centers in the affected communities to reopen after pandemic restrictions closed their doors. “At this time, it is even more important that youth services are able to meet the needs of young people in these areas,” he said. 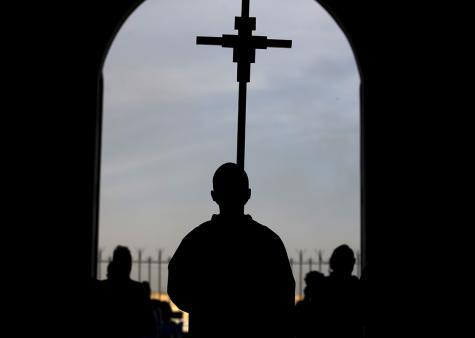 A criminal gang in Haiti kidnapped seven Catholic priests and nuns on Sunday and demanded a $1 million ransom. One of the priests and one nun are French citizens.

Local media reported the gang known as 400 Mawozo targeted the group at Croix-des-Bouquets, a suburb of Haiti’s capital of Port-au-Prince, as they traveled to attend the installation of a parish priest. The armed group also abducted three other people during the attack, according to the Haitian Conference of Religious (CHR).

Kidnappings for ransom have surged in recent months in Port-au-Prince and other provinces. At the same time, political instability has drawn protesters into the streets for months. In March, Haiti declared a monthlong state of emergency to root out criminal control in some areas.

France activated its foreign ministry crisis center and said it remains in close contact with local authorities. The CHR in a statement expressed its sorrow and anger over the attack: “Not a day goes by without weeping and gnashing of teeth, yet the so-called leaders of this country, while clinging to power, are increasingly powerless.” —O.O. 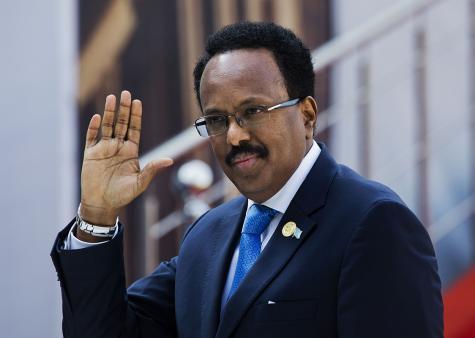 The lower House of Parliament voted to extend the mandate, but the Senate refused to back the move, calling it illegal. Political gridlock has plagued Somalia since Mohamed’s four-year term expired in February without a successor. The inauguration of a body of legislators set to choose the new leader faced delay after lawmakers could not agree on the members.

The president argues his extended leadership would pave the way for a one-person, one-vote election in 2023—the first such direct poll since 1969. But Senate Speaker Abdi Hashi Abdullahi warned the decision would “lead the country into political instability, risks of insecurity, and other unpredictable situations.” Al-Shabaab controls large swathes of southern and central Somalia.

Britain’s Minister for Africa James Duddridge said the lack of a credible election would change the international community’s relationship with Somalia. U.S. Secretary of State Antony Blinken called for a return to negotiations and threatened sanctions, visa restrictions, and a review of bilateral relations. —O.O. 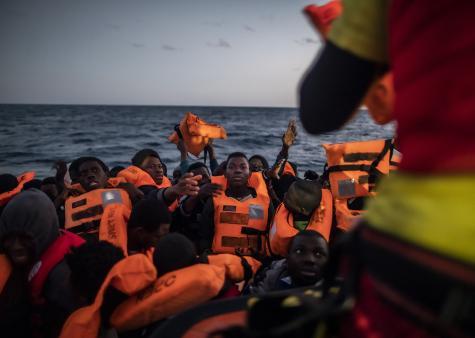 Police detained Milad, known by his alias Bija, in Libya’s capital city of Tripoli in October. He commanded a coast guard unit in the northwestern city of Zawiya that authorities linked to abuses against migrants.

Political instability in Libya since 2011 created a vacuum that allowed human smugglers and traffickers to thrive. The country serves as an illegal migration gateway into Europe.

The United Nations Security Council in June 2018 sanctioned Milad and five leaders of criminal networks. A UN expert panel concluded he and other members of the coast guard collaborate with migrant smugglers and are “directly involved in the sinking of migrant boats using firearms.”

Milad has denied the accusations and fought alongside the UN-backed Tripoli government to push back eastern Libyan forces. He received a promotion from the government in March while in detention.

“His release was not unexpected,” said Hussein Baoumi, Libya and Egypt researcher at Amnesty International. “The Libyan authorities have failed to demonstrate that they are conducting an effective and transparent investigation with a view of referring him to a fair trial.” —O.O.

Cyberspace Administration of China (CAC) said the service would target people whose posts “distort” the party’s history, target its leadership and policies, and “deny the excellence of advanced socialist culture.”

The latest censorship comes ahead of the party’s 100th anniversary in July. It is already illegal to defame the state’s heroes and martyrs, with possible criminal prosecution. Authorities in eastern Jiangsu province detained a 19-year-old last week after he commented online about Japan’s 1937 occupation of Nanjing. —O.O.