Teklemariam Gebremichael and his neighbors could no longer farm after attacks began in the Tigray region late last year. When security forces from neighboring Eritrea found him still caring for his cattle and harvesting some crops, they shot him and the cows. He lost his animals but survived. “I call on the world to take immediate action to help Tigray, because we can’t live on our own land anymore,” he said.

More than 2 million people have fled from Tigray since a government offensive began in November, according to local authorities. By the end of May, the United Nations refugee agency had registered more than 52,000 arrivals in neighboring Sudan. The United Nations and other aid groups warn that those left in the region face severe hunger, with more than 350,000 people facing famine due partly to intentional starvation.

Ethiopian Prime Minister Abiy Ahmed in November accused the well-armed Tigray People’s Liberation Front (TPLF) from the semi-autonomous region of attacking a local federal military base. The federal government launched an offensive backed by troops from Eritrea and fighters from Ethiopia’s Amhara region, closing the region’s borders and cutting off internet and communication access.

Abiy declared victory in late November when the army entered the regional capital of Mekele. The government created a humanitarian corridor, but several communities remain out of reach. Fighting has persisted, and as access increases, more reports are surfacing of rape, abuse, and torture.

Hunger and starvation continue to plague the population. Fantu Gezay, a farmer and single mother of six, told Oxfam the conflict erupted just as farmers prepared to harvest their produce, already diminished by locusts: “Whatever remained from the locust was destroyed by the war, and we couldn’t harvest the teff and maize crops.”

Residents fleeing the region and some local officials say Ethiopian and Eritrean forces are blocking and stealing food aid. Others have recounted troops destroying their crops and carting away farming equipment. Tekay Gebru, who arrived at a displacement center in Mekele, told Al-Jazeera that Eritrean soldiers burned all his crops and food reserves and took his sheep. “They burned my neighbor, an old blind woman, together with her crops and house,” he said. “They put another neighbor into the fire when he begged them to leave for him a small portion of crops.”

Yohannse Araya, a 60-year-old who also arrived in Mekele, said the Eritrean troops looted his crops. He survived 15 days without eating before getting to Mekele, but his wife didn’t make it. “The starvation killed her,” he said.

Ethiopia has denied the reports of famine and insisted its humanitarian corridor is expanding. The government also initially denied Eritrean troops were involved, but it now says they are starting to withdraw amid heavy international pressure.

International groups are calling for more urgent action. U.S. Ambassador to the United Nations Linda Thomas-Greenfield last week asked the Security Council to hold a session on the crisis. “We cannot let Ethiopia starve,” she said. “We have to act now.”

The UN World Food Program last week said armed groups have blocked access, so it has only provided aid to 1.4 million people in Tigray—“barely half of the number we should be reaching.” The United Nations children’s agency warned that about 33,000 children face “imminent death” without urgent help.

“The situation, while already a catastrophe, could deteriorate further as food insecurity is expected to worsen over the coming months—especially if crops cannot be planted,” UNICEF said. 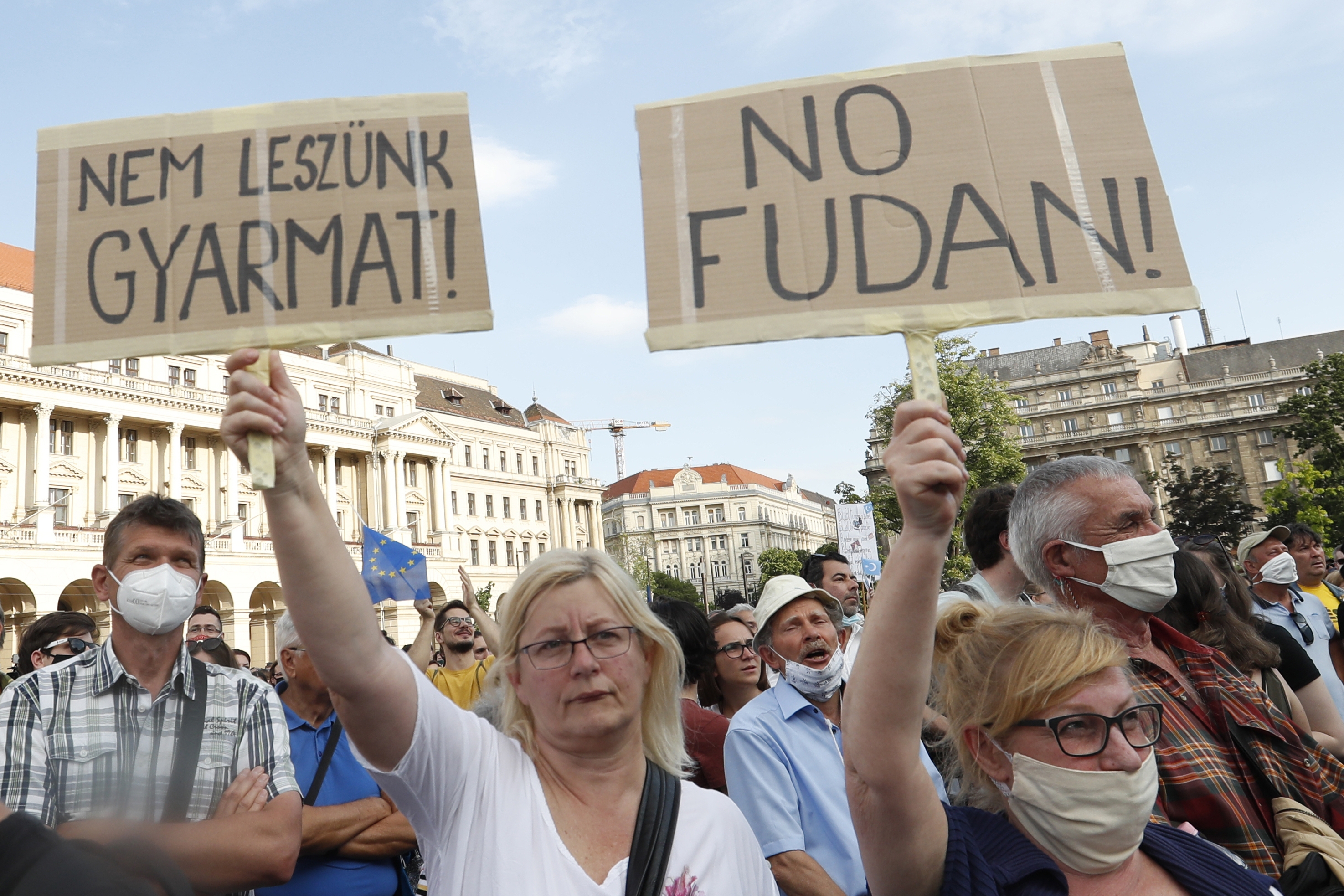 The Hungarian government took a step back this month after plans to build a Chinese university in the capital city of Budapest sparked mass protests. Thousands of people demonstrated across Budapest before gathering outside the parliament. Several carried placards that read, “Treason,” and, “We will not be a colony.”

The Shanghai-based Fudan University and the Hungarian government signed off on the $2 billion project, which will be funded by a Chinese loan, according to internal documents leaked in April. The project would take over a site intended for low-income students, and Hungary would pay for maintenance expenses and salaries, the report added.

Orbán’s chief of staff Gergely Gulyás said the project was still at a planning stage and could face a referendum: “Once the project’s conditions are known, we support a referendum in Budapest to decide whether locals want Fudan University here.”

Orbán’s right-wing Fidesz party will face a new coalition of major opposition parties during next year’s election. It will mark the first major challenge to the ruling party after three successive landslide wins since 2010. —O.O. 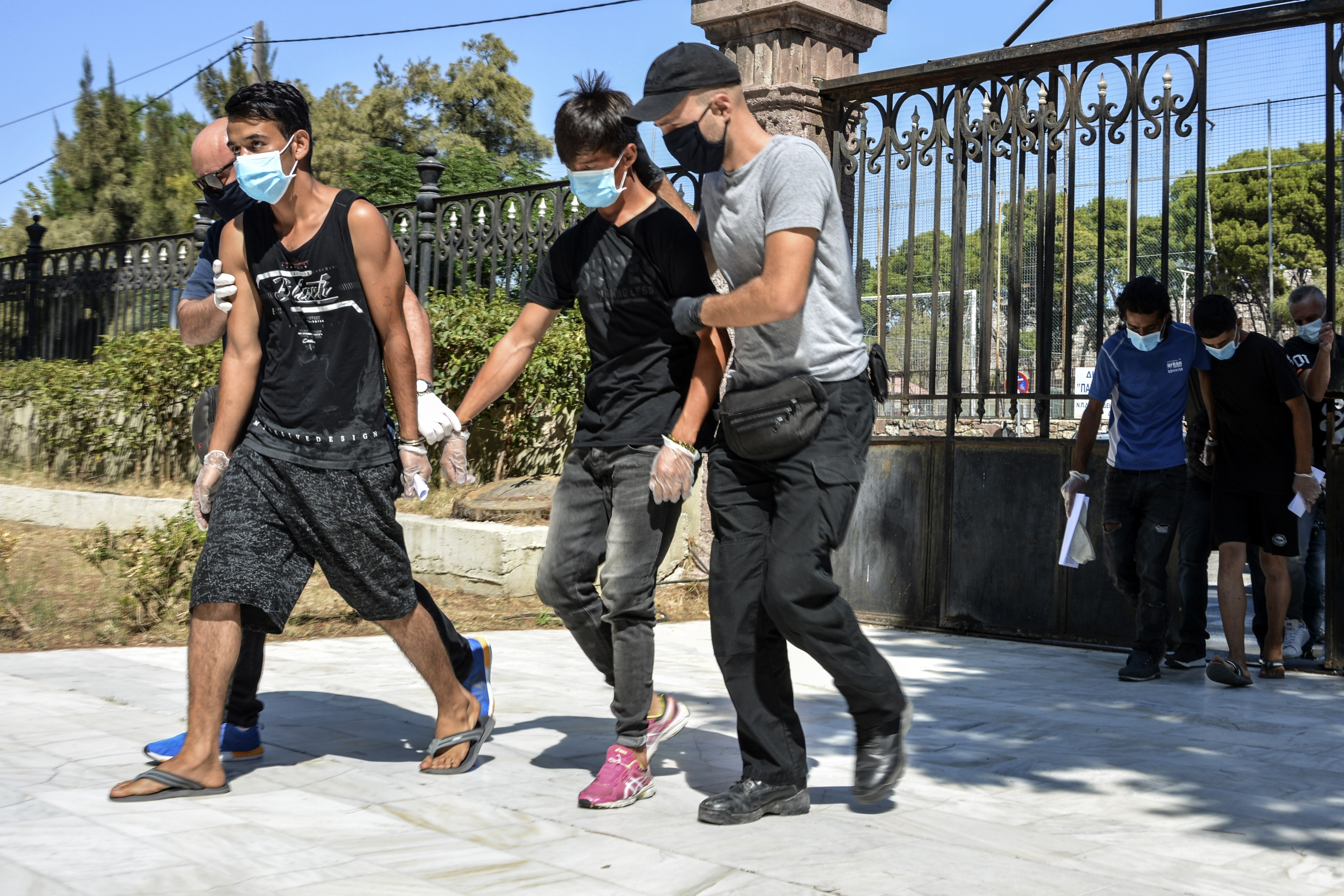 A Greek court sentenced four young asylum-seekers to 10 years in prison over charges of international arson, endangering human life, and holding membership in a criminal group.

The Moria camp on the Aegean island of Lesbos housed more than 12,000 people before two fires destroyed it in September 2020. Authorities said camp residents likely ignited the flames while under a COVID-19 lockdown. Greece set up the camp to house about 3,000 people during the height of the migrant crisis in 2015. But it reached about four times its limit, and aid workers and residents reported deplorable living conditions and high crime. Two other Afghan youths received five-year sentences in March for the fires.

The defense lawyers argued their clients did not receive a fair trial, noting authorities didn’t treat them as minors even though three of the defendants were under 18 at the time of the unrest. The Afghan asylum-seeker who accused the youths did not appear in court. The attorneys argued the witness was an ethnic Pashtun, while the defendants all are Hazara, a persecuted minority in Afghanistan.

The lawyers appealed the verdict. “Before an investigation had even got underway government ministers were calling for convictions,” said Patrikios Patrikounakis, one of the lawyers handling the case. —O.O.

Protests against police brutality spread into more neighborhoods in the capital, Tunis, on Monday night. Demonstrations began in the city’s working-class districts after 32-year-old Ahmed Ben Ammar died in police custody on June 8. His family accused police of stripping him and beating him to death. Protesters filmed police beating up a young man during demonstrations the next day, igniting even more anger.

Critics say law enforcement has not reformed since the 2011 revolution. The uprising has mostly taken place in poor neighborhoods, where residents complain the police are more violent. “They’re different than they are in the richer areas,” 33-year-old Mongi told The Guardian. “Now they have less money, so they take it from the people.”

Tunisian President Kais Saied visited one of the affected areas and promised to follow up on Ahmed’s death. The country’s worsening economy sparked protests earlier in January. —O.O.