The Ethiopian Air Force hovered over the northern Tigray region of the country this week, “pounding targets with precision,” Ethiopian Maj. Gen. Mohammed Tessema said. The federal government launched a military offensive in Tigray last week, closing the region’s borders and declaring a six-month state of emergency. It also cut off internet and communication access, making it difficult to confirm the effects of the fighting.

The conflict ignited fears of regional tensions and a humanitarian crisis. Global leaders are calling for Prime Minister Abiy Ahmed to deescalate the conflict as deep ethnic divides emerge in the country. Advocacy groups say hundreds have likely died on both sides.

Supply trucks remain stranded outside the region, and long lines formed outside shops for bread and other food items. United Nations humanitarian chief Sajjad Mohammad Sajid said more than 1,000 people from other countries were stranded in Tigray, while about 10,000 refugees already crossed into neighboring Sudan.

Tigray is one of 10 ethnically divided semi-autonomous federal states in Ethiopia. Though Tigrayans only make up about 6 percent of Ethiopia’s population, the well-armed Tigray People’s Liberation Front (TPLF) dominated the country’s politics for nearly three decades. The party’s relationship with Abiy’s government frayed soon after he became prime minister in 2018. The region’s leaders felt marginalized under Abiy’s reforms and refused to join his ruling coalition.

The 44-year-old leader won the Nobel Peace Prize in 2019 for his domestic reforms and his push to end the 20-year military stalemate with neighboring Eritrea. Abiy, a native of the Oromo ethnic group, granted amnesty to thousands of political prisoners and legalized outlawed opposition groups in his first 100 days of duty.

But his attempt to implement democratic reforms reignited ethnic tensions. Patricia Rodrigues, the Kenya-based East Africa analyst with Control Risks, explained Abiy’s openness to more vocal dissent had unintended consequences: “Abiy did have the best of intentions in the beginning, but the flip side of allowing for open opposition is it emboldened more hardline ethno-nationalist groups.”

Last week, 60 suspected militants with the Oromo Liberation Army rebel group killed about 56 people in a predominantly Amhara village in western Ethiopia. The Amhara are the second-largest ethnic group in Ethiopia after the Oromos.

Tensions rose in September when Abiy postponed August national elections, citing the pandemic. The TPLF viewed it as an attempted power grab and held regional elections on Sept. 9. Since then, the federal government has called the regional leadership illegitimate and suspended budget aid to the region. The TPLF declared Abiy’s rule illegal and staged military parades.

Fighting began last Wednesday after Abiy accused Tigray’s government of attacking a federal military base in the region. Abiy replaced the army chief, head of intelligence, and foreign ministers as the offensive intensified. TPLF leadership blamed the federal government for the escalation. Tigray leader Debretsion Gebremichael said the neighboring Eritrean government sent troops across the border to back the federal offensive. Eritrea denied the claim. Pro-federal demonstrators staged rallies in other Ethiopian cities.

In August, 20 bipartisan members of the U.S. House of Representatives urged Secretary of State Mike Pompeo to confront the Ethiopian government on “democratic backsliding,” including violence against ethnic and religious communities and Ethiopian security officials using excessive force against protesters. But despite mounting pressure from the United Nations, the European Union, and other international bodies to work towards a ceasefire and talks, Abiy has insisted his government has the situation under control. “Concerns that Ethiopia will descend into chaos are unfounded and a result of not understanding our context deeply,” he tweeted on Monday.

Rodrigues said the conflict could become protracted but noted it has mostly remained localized without external actors or other militias. The International Crisis Group in a report this month said Tigray’s 250,000 troops—including paramilitary forces and well-drilled local militias—could drag out the battle: “International actors, many of whom have heavily supported Abiy since he took power, need to lean heavily on the Ethiopian government to persuade it that force cannot bring a sustainable solution to either the Tigray dispute or Ethiopia’s broader challenges.” 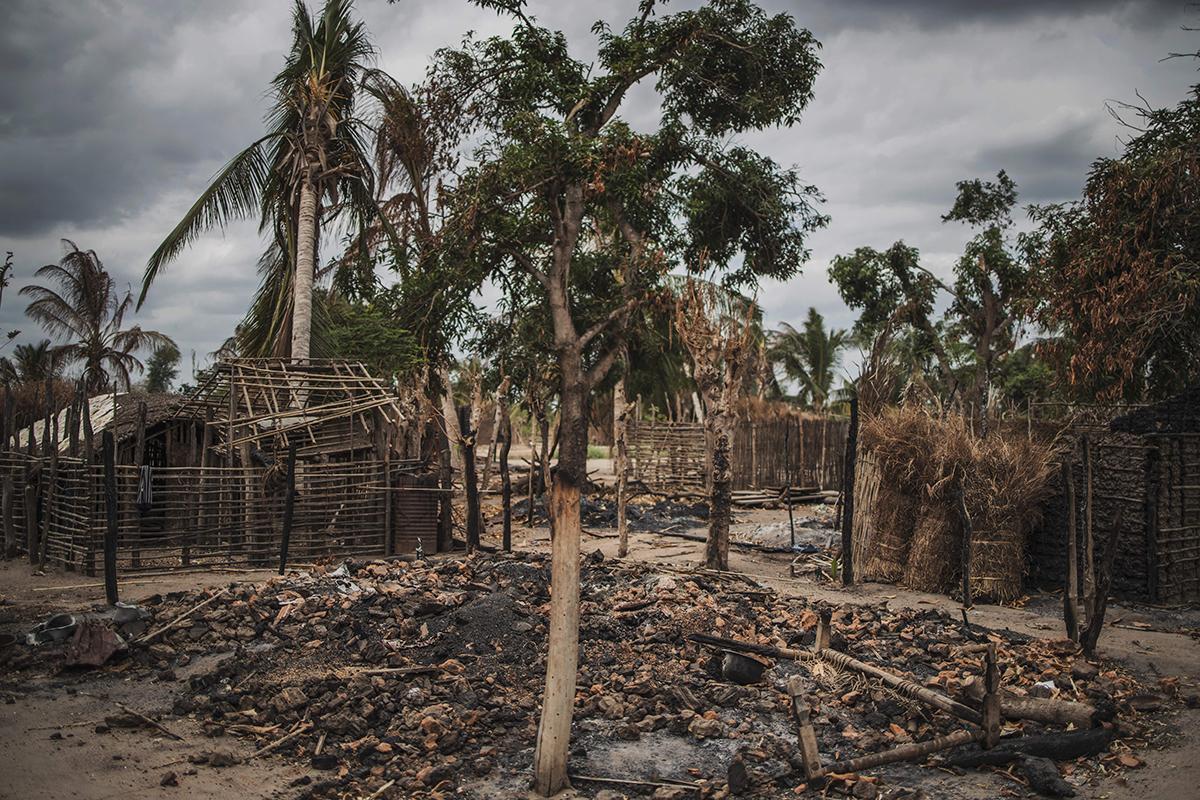 In Muatide village, the terrorists captured fleeing residents and beheaded them on a soccer field, according to the state-run Mozambique News Agency. In the village of Nanjaba, the insurgents chanted, “Allah is great,” as they set homes on fire, killed people, and abducted several women.

Insurgent violence in the oil-rich region since 2017 has killed more than 2,000 people and displaced more than 430,000 others. The local group, Ahlu Sunnah Wa-Jama, pledged alliance to the Islamic State Central African Province last year and has continued attacks. In April, the insurgents shot and beheaded more than 50 young people who refused to join them. —O.O. 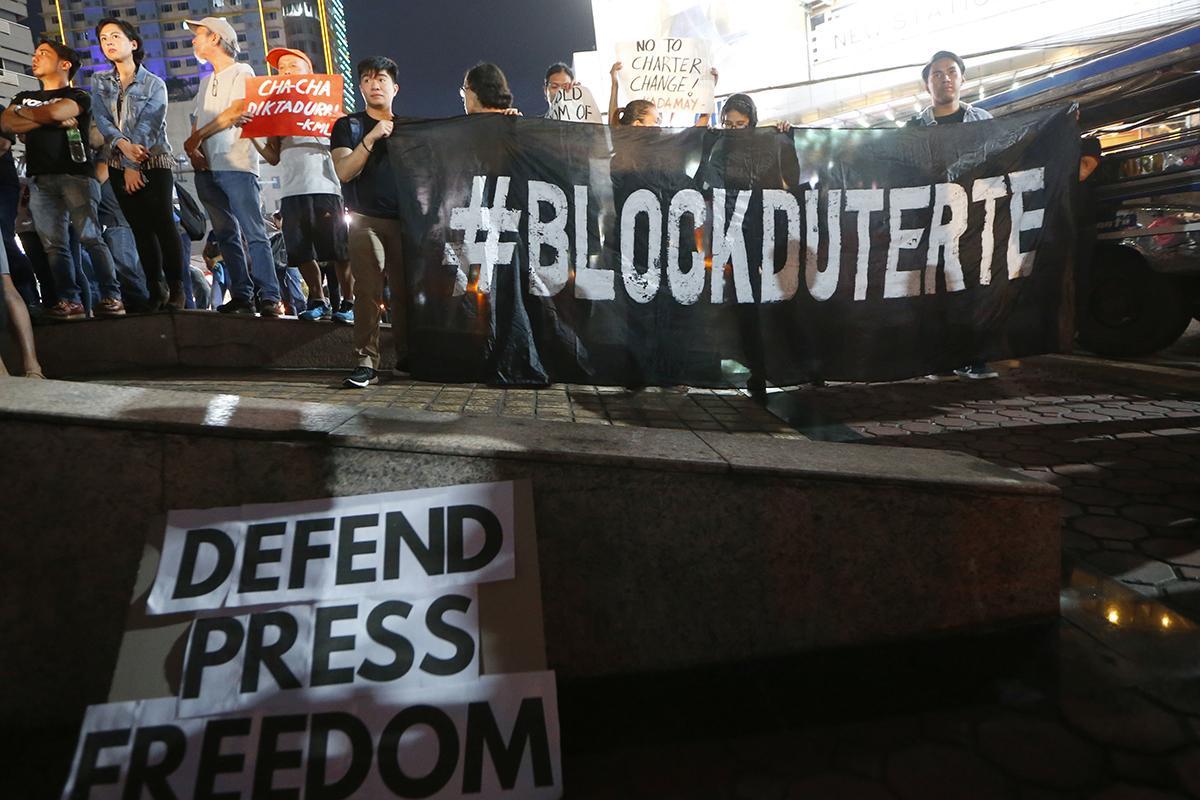 Another journalist murdered in the Philippines

Maganes, a radio commentator, survived a November 2016 shooting by pretending he was dead after gunmen on motorcycles shot at him.

The National Union of Journalists of the Philippines said Fernandez is the 18th journalist murdered since President Rodrigo Duterte assumed office in 2016: “His death is an indictment on this government’s empty boast that press freedom is alive and well in the country.” —O.O.

The court sentenced two of the convicts to life in prison for joining the Boko Haram extremist group, while six others received 10-year sentences for assisting the group’s activities, the Daily Trust newspaper reported. Prosecutors alleged the suspects sent $782,000 in separate transfers between 2015 and 2016 to Boko Haram. The men’s family members insisted they were likely deceived while trying to change and transfer money through currency exchange businesses. Auwalu Ali Alhassan, the elder brother of two of the suspects, said they did not receive a fair trial or sufficient assistance from the Nigerian government. —O.O.

Residents on the Falkland Islands will detonate the last landmine on the islands in a Saturday ceremony, 40 years after the war between the United Kingdom and Argentina ended.

Islanders will take down the fences blocking off the beaches and play cricket and football to mark the event. Argentina lost the 1982 battle for the South Atlantic archipelago but still claimed the islands. Britain regards the region as an autonomous entity under its protection.

A team of specialists removed tens of thousands of mines and bombs in the region under a U.K.-funded mine-clearing program that began in 2009. Wendy Morton, the U.K. minister responsible for the Falklands, said $47.6 million in additional funding would aid similar projects in other countries, including Zimbabwe, Yemen, and Sudan. —O.O.