Proponents of the bill drafted it out of fear the Supreme Court might someday overturn the 1973 Roe v. Wade ruling that legalized abortion nationwide.

“This is a reaction from the abortion lobby to President Trump winning, and Neil Gorsuch’s confirmation, and the anticipation of President Trump appointing additional Supreme Court justices,” Susan B. Anthony List spokeswoman Mallory Quigley told me.

The pro-life group spent nearly $100,000 to run radio ads and digital campaigns, send mail, and call constituents to encourage opposition to the bill.

While many states, including Delaware, have adopted more protections for unborn babies, the new law does away with all restrictions on abortion—including an existing parental consent law for minors and a 24-hour waiting period—until viability. The law defines viability as a likelihood to survive outside the womb without “extraordinary medical measures” and allows abortion past that point if an abortionist thinks the mother’s life or health is in danger.

Pro-abortion activists applauded the new law. Amanda Allen, a lawyer with the Center for Reproductive Rights, said it “will protect women’s access to critical reproductive health services in the face of threats at the federal level.”

But pro-life leaders see it as a regression to unmitigated abortion practices in the state. 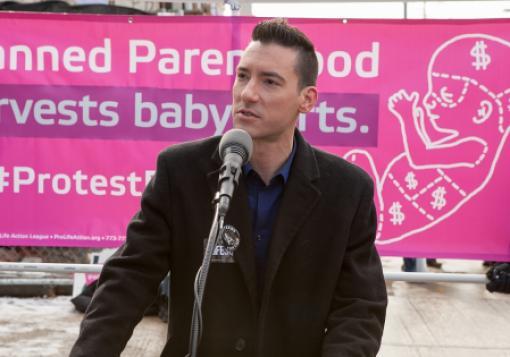 Lawyers for the Center for Medical Progress (CMP) want the judge presiding over an ongoing lawsuit removed from the case because of his potential pro-abortion conflicts of interest.

Judge William Orrick is presiding over a lawsuit filed by the National Abortion Federation and Planned Parenthood against CMP over undercover videos the abortion groups say CMP filmed illegally. Last month, Orrick ordered one of the videos removed from YouTube, saying it was under temporary injunction.

CMP’s request to remove Orrick claims he has been dishonest about his connections to Planned Parenthood through Good Samaritan Family Resource Center (GSFRC) in San Francisco. The facility provides space for a Planned Parenthood abortion center. Orrick claimed to have severed ties with GSFRC, but CMP discovered he has remained a board member and continues to give the organization large sums of money.

In 2001, Orrick served as secretary of GSFRC’s board, making him part of a “key partnership” with Planned Parenthood, according to CMP’s complaint.

By law, Orrick must recuse himself if “a reasonable person with knowledge of all the facts” would question his impartiality. Orrick has denied a conflict of interest but deferred to the clerk to find another judge to make that call. The clerk picked Judge James Donato, a district judge nominated in 2014 by then-president Barack Obama, to rule on CMP’s request. —S.G. 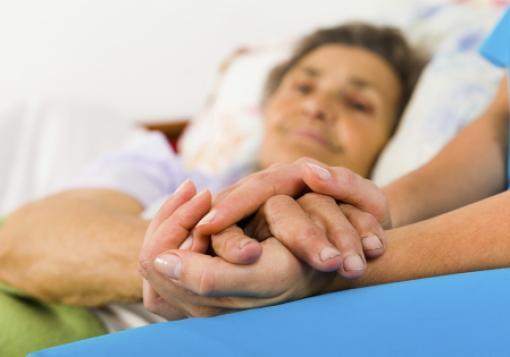 The Oregon Senate voted 17-13 on Thursday in favor of a bill that could allow the starvation and dehydration of dementia patients or those with mental illness.

S.B. 494 is being presented as an update to Oregon’s existing advance directive law, but it removes key definitions that potentially would allow doctors to deny food and fluids—not just life support—from patients at the wishes of a friend, relative, or caretaker.

“It’s disheartening that the proponents of Senate Bill 494 have sold it as a basic ‘update’ to Oregon law,” said Oregon Right to Life’s executive director Gayle Atteberry. “The reality is that it will remove current safeguards in Oregon’s advance directive statute that protect conscious patients’ access to ordinary food and water when they no longer have the ability to make decisions about their own care.” —S.G.

Another reprieve for baby Charlie Gard

Once again in the nick of time, a British court gave 10-month old Charlie Gard a reprieve just before doctors planned to remove his life support.

The baby has a rare genetic disorder that has left him deaf and blind. A U.S. doctor has offered an experimental treatment his parents want to try.

British courts ruled multiple times in favor of doctors’ wishes to remove life support, but his parents appealed to the European Court of Human Rights in Strasbourg, France. The court put a hold on removing his life support until midnight Tuesday. —S.G.

Missouri Gov. Eric Greitens called a special session for lawmakers last week to look at abortion policies and a St. Louis ordinance that creates a protected class for abortion supporters.

Greitens said last week the rule creates “an abortion sanctuary” in the city.

The special session is slated to begin today. —S.G.

Texas Gov. Greg Abbott signed a bill last week banning a late-term abortion procedure that removes babies piece-by-piece from the womb. The procedure, known as “dilation and evacuation,” is the most common form of late-term abortion. Pro-life advocates rejoiced while pro-abortion advocates vowed to fight the new law in court. Abortion advocates have blocked similar bills in Alabama, Louisiana, Kansas, and Oklahoma. Arkansas so far has retained its law signed earlier this year. —S.G.

Babies can discern face-like patterns before they are even born, according to a new study by a group of British researchers. The researchers used a trio of dots of light shone into pregnant women’s wombs; when the dots were oriented like a face, babies tended to turn their heads toward them. When they were oriented upside-down, babies ignored them. —S.G.