China horns in on Horn of Africa

Plus attacks in Ethiopia and Mexico, U.K. adoptive families in Pakistan, and more …

Africa’s easternmost region is feeling pressure on multiple fronts this year. Ethiopia is still reeling from a war between federal government forces and ethnic Tigrayan rebels. Somalia faces attacks from the al-Shabab insurgent group. And Sudan is struggling to recover from the economic and security impact of a failed coup. The region is also in the middle of one of the worst droughts in four decades.

In that mix of crises, China is offering aid and peddling its influence. On Monday, Xue Bing, China’s recently appointed special envoy for the Horn of Africa, promised regional delegates that Beijing remains ready to play a “more important role” in peace and security.

The pledge came during the first-ever China–Horn of Africa Conference on Security, Governance, and Development, which was held in the Ethiopian capital of Addis Ababa. It’s the latest signal of China’s growing interest in the continent beyond its traditional focus on economic development and trade.

Eritrea was the only nation absent from the gathering that included delegates from Djibouti, Ethiopia, Kenya, Somalia, South Sudan, Sudan, and Uganda.

Xue initially said Beijing was open to acting as a mediator in regional conflicts, but later admitted on Tuesday that it wasn’t addressed during the conference. “Parties concerned have to agree to that,” he explained.

China appointed Xue as the first special envoy for the region after Foreign Minister Wang Yi visited Kenya and Eritrea in January. Some analysts think China is trying to secure its investments. The nation has set up a naval base in Djibouti, holds significant oil investments in South Sudan, and has offered substantial loans to Ethiopia. China similarly deployed a special envoy in 2007 to help resolve the conflict in Darfur, Sudan, to protect its economic interests.

“It reflects China’s growing confidence as the rising global power that is willing and able to provide global public goods through, among other things, the mediation of conflicts in distant lands,” said Seifudein Adem, a professor of global studies at Doshisha University in Kyoto, Japan. 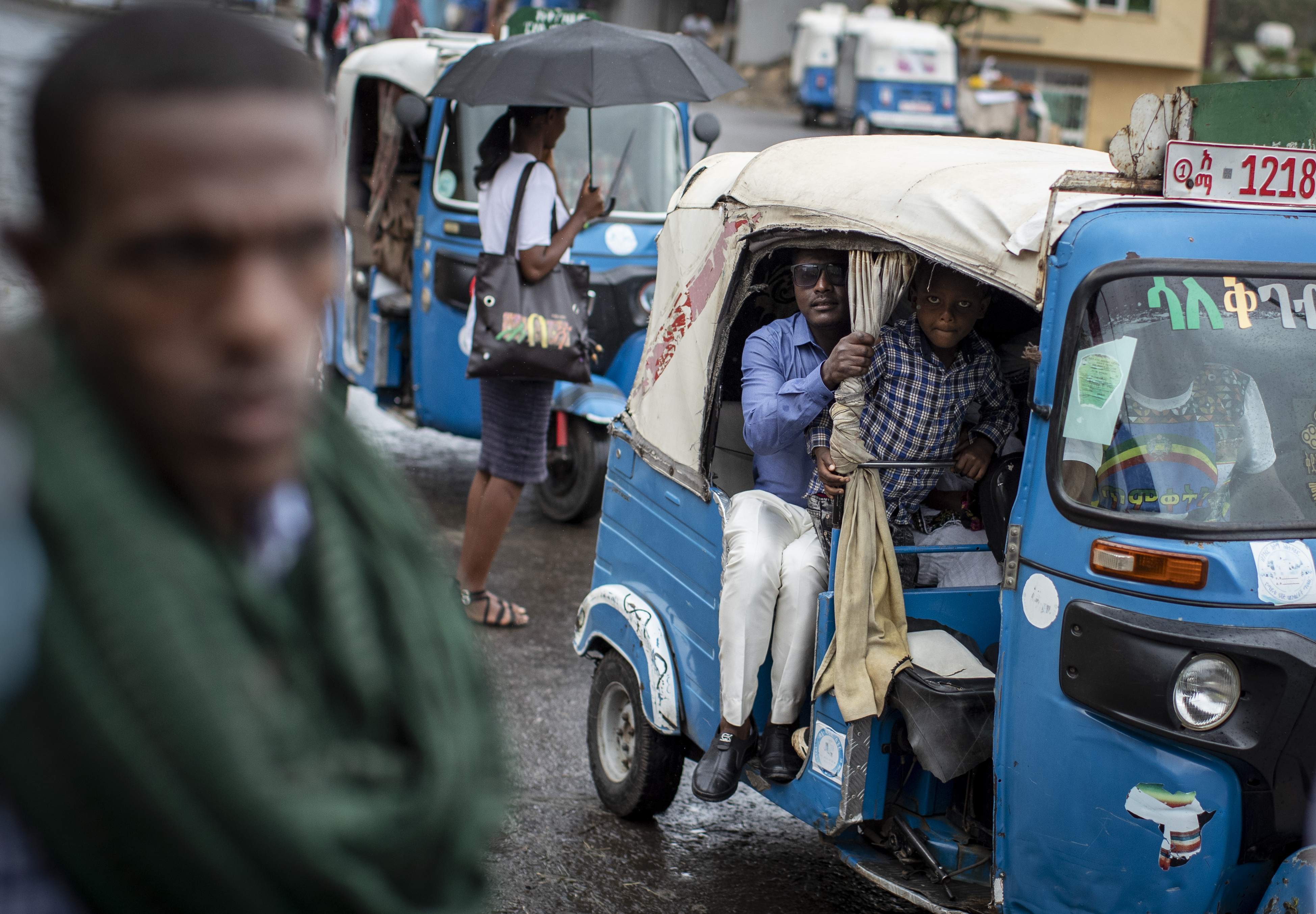 Traffic in the Amhara region of Ethiopia Associated Press/Photo by Ben Curtis, file

ETHIOPIA: At least 200 people died in a weekend attack in the country’s Oromia region. The attack targeted mostly members of the Amhara ethnic group as ethnic tensions continue to flare in the country. The Ethiopian Human Rights Commission linked the violence to fighting between government forces and the Oromo Liberation Army (OLA) rebel group. OLA has denied the allegations. Ethiopia’s ethnic tensions are rooted in historical grievances and political unrest. The country is facing a humanitarian crisis triggered by the war between the federal government and Tigrayan rebels.

MEXICO: Gunmen killed two Jesuit priests inside a church in Cerocahui, Chihuahua, on Monday. The Society of Jesus in a statement said Revs. Javier Campos, 79, and Joaquin Mora, 80, were trying to protect a man who sought refuge in the church from a local crime boss. Both priests were known for their social work and advocating for social services in the indigenous Raramuri communities where they served for decades. The Catholic religious order called for justice and asked the attacker to return the priests’ bodies.

PAKISTAN: British couples who traveled to Pakistan to adopt children say the U.K. Home Office has left them stranded as it deals with the Ukraine refugee crisis. Adoptive mother Zainib has been stuck in Karachi, Pakistan, since November due to delays in processing her baby’s visa. “Initially, the Home Office told us it would be 12 weeks—that was 21 weeks ago,” she told The Guardian. The Home Office has said it is prioritizing Ukrainian applications, lengthening the application process for other study, work, and family visas.

NIGERIA: Gunmen who attacked two churches in the Kajuru community of northern Kaduna state on Sunday are demanding more than $242,000 in ransom payment. The armed men targeted worshippers at a Catholic and a Baptist church, killing three people and abducting about 36 others. A spokesperson for the community’s Southern Kaduna People’s Union said the region has paid kidnappers more than $9 million annually in ransom payments since 2020. The Kaduna attack came two days after Christians in southwest Ondo state buried some 22 people killed during worship at a Catholic church.

HONG KONG: A landmark floating restaurant that operated for nearly 50 years sank this week. The restaurant shut down in 2020 and laid off its staff due to the pandemic. The Jumbo restaurant capsized in the South China Sea while in transit with no one aboard, according to parent company Aberdeen Restaurant Enterprises. The restaurant was modeled after a Chinese imperial palace. During its five decades in operation, it welcomed more than 3 million guests, including actor Tom Cruise and Queen Elizabeth II.

This week I read about the Pan African Heritage Museum, a sprawling 10-acre site located 40 miles west of Ghana’s capital of Accra. The physical museum is set to open in August next year, but guests can take a digital tour. The planned complex will include a 2-acre palace showcasing 50 African kingdoms, a 3-acre herbal plants village with accommodation for long stays, and a hall of fame center, among other features. Kojo Acquah Yankah, a former editor and member of Parliament who got the idea to create the museum, said he hopes to unite Africans and people of African descent.