Plus abductions in Haiti, elections in Northern Ireland, and more …

Monicah Wanjiku walks around her farm near Nairobi, Kenya, at the end of March. Associated Press/Photo by Brian Inganga

Two weeks before war broke out in Ukraine in February, the United Nations’ food agency warned that some 13 million people across parts of Kenya, Somalia, and Ethiopia could experience severe hunger. The agency cited drought, locust invasions, conflict, and the pandemic.

Then the war disrupted global supply chains and increased the price of food and other products. The pressure on food supply further threatens already-vulnerable communities in East Africa.

Kenyan President Uhuru Kenyatta officially declared a drought a national disaster in parts of the country back in September. In some communities across Kenya’s northern Marsabit county, women and children must walk farther to access water, herders are reporting more cattle deaths, and some schools halted operations due to lack of water, said Jeff Arensen, the country director with Food for the Hungry. Arensen said ethnic conflicts over resources have also displaced people. “When you have these multiple shocks, it creates the perfect storm for vulnerability,” he said.

The amount of cereal grain people could buy from the sale of a goat dropped as low as 40 percent beneath the five-year average in Kenya and under 80 percent in parts of Somalia, the World Food Program said.

Joseph Kamara, World Vision’s humanitarian emergency lead for East Africa, said the region is seeing an increase in food transportation costs and a scarcity of wheat and fertilizers. “Farmers are saying they can’t farm because they don’t have access to fertilizers,” he said.

The hardship has pushed some families to consider marrying off their children to sustain the rest of the family with the bride price, Kamara said.

In addition to short-term interventions like providing water and food, Kamara said World Vision is looking into long-term remedies, such as natural rehabilitation of degraded land, irrigation options for subsistence farmers, and distributing drought-resistant crops. “Either we fix the problem here before it grows and gets worse, or the problem grows beyond this region to other regions through migration and other spillover effects,” he said. 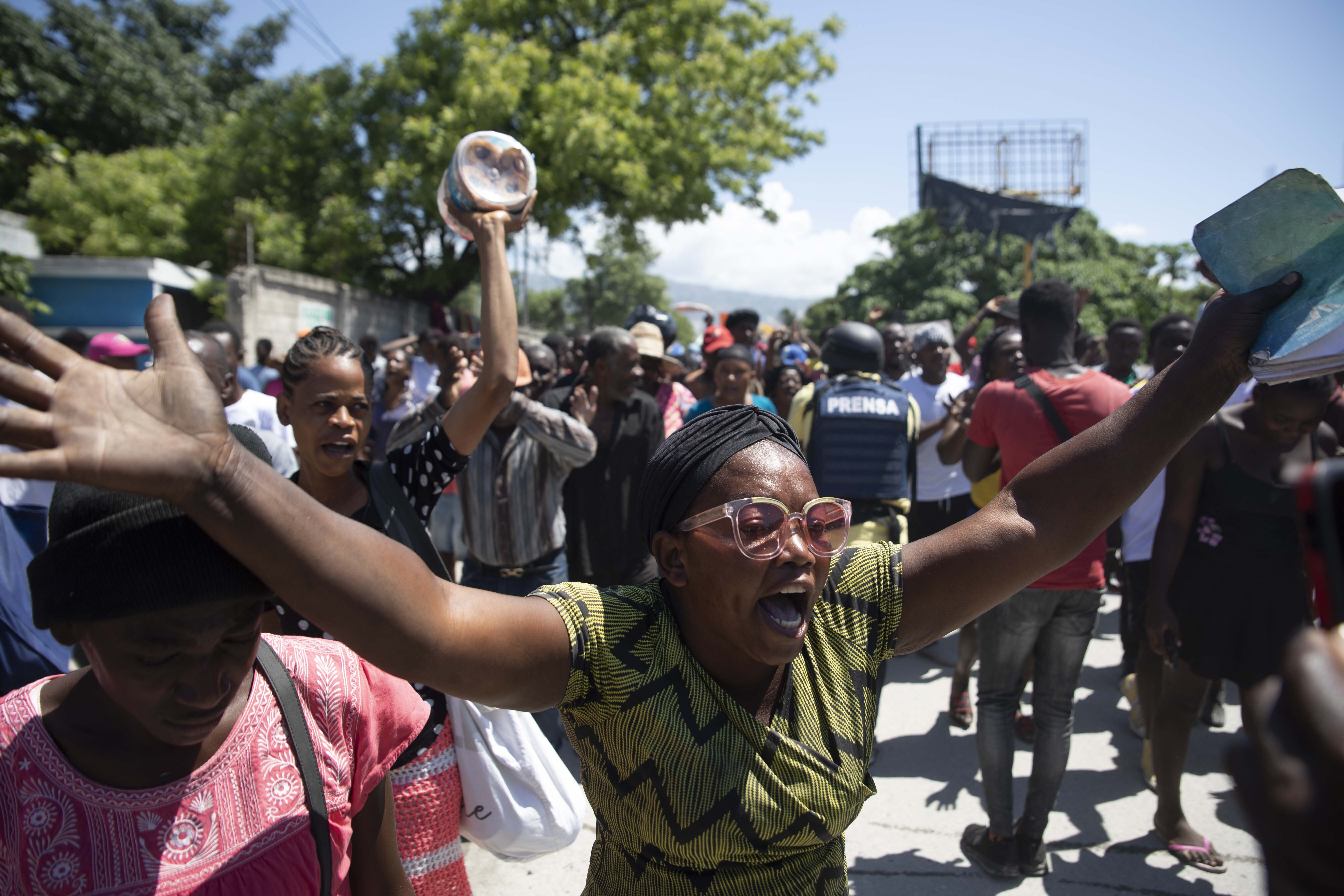 HAITI: Abductors this week kidnapped 12 people, including eight Turkish citizens, Haitians, and a Dominican driver east of Port-Au-Prince. The victims were traveling from the neighboring Dominican Republic by bus when the armed men attacked. The Turkish passengers belong to the Muslim group Ashape, which provides language courses and religious education. The attack happened near Croix-des-Bouquets, where a group of since-released American and Canadian Christian missionaries were kidnapped last year. U.S. prosecutors on Tuesday officially charged a Haitian suspect in the missionaries’ kidnapping.

NORTHERN IRELAND: Irish nationalist party Sinn Fein emerged the winner of regional elections last weekend. Sinn Fein secured the greatest number of seats in the legislature, giving the party the right to nominate the first minister in Belfast for the first time since Northern Ireland became a Protestant country a century ago. The party, which began as the political wing of the paramilitary Irish Republican Army (IRA), has campaigned for Northern Ireland to rejoin Ireland.

MEXICO: Two Mexican journalists were killed on Monday. Authorities said Yessenia Mollinedo and Sheila Johana Garcia, who worked with the El Veraz news website, were attacked outside a convenience store in eastern Mexico. Nine other journalists have been killed in the country this year. Last week, authorities found the body of journalist Luis Enrique Ramírez Ramos wrapped in black plastic on a dirt road in a northern state. Activists have blamed the killings on organized crime and politicians.

TAIWAN: Lee Ming-che, a Taiwanese human rights activist imprisoned in China, was released last week after five years. Lee was charged with subversion of state power and was the first person prosecuted under China’s legal provisions targeting foreign nongovernmental activists in 2016. Lee had given lectures on Taiwan’s democratization and managed a fund for families of Chinese political prisoners. In his first interview since his release, Lee said local and international pressure from foreign governments helped secure his freedom: “International support can truly have a concrete change on the treatment of a political prisoner in China.”

NIGERIA: Leah Sharibu, the Nigerian Christian school girl held captive since 2018, turns 19 on Saturday. Different groups have organized prayers for her freedom and that of others in captivity. Meanwhile, a Christian student was stoned to death and burned in northwestern Sokoto state on Thursday after her Muslim schoolmates at the Shehu Shagari College of Education accused her of blasphemy. Deborah Samuel had made a post on a WhatsApp group that Muslim students considered offensive. Authorities shut down the school, detained two people, and launched an investigation. Sokoto is one of Nigeria’s northern Islamic states that enforces Sharia law.

IRELAND: The government this week reduced public transportation costs nationwide for the first time since 1947. Young adults received a 50 percent cut in fares, while all passengers on the Dublin and Irish rail services got a 20 percent cut for the rest of 2022. Authorities said it’s part of the government’s plan to reduce living costs.

As the Roe v. Wade debate roils the United States, I spoke with a Catholic priest here in Abuja who recently launched an abortion healing ministry. Such efforts are still mostly a novelty due to the stigma. Flyers for participants had no address, and anyone interested had to get the details directly from the organizer, the Rev. Joseph Obada. The group has organized two weekend retreats with 16 people in attendance.

Obada said the experience has fueled his passion for the ministry and sparked interest in organizing similar retreats for domestic violence survivors, among others.

“The depth of suffering continues past the event and reconciliation with God,” he said.