Plus refugees in the U.K., disease outbreaks in Africa, COVID-19 in China, and more …

The U.S. Commission on International Religious Freedom’s annual report, released Monday, calls on the State Department to add Afghanistan to its list of top religious persecutors. The independent commission, created in 1998 under the International Religious Freedom Act, issues nonbinding recommendations to the administration and Congress. Its “countries of particular concern” designation is reserved for nations where governments permit or engage in severe persecution of religious believers.

The commission has not recommended Afghanistan for the CPC list since 2001 when the Taliban last ruled the country. This year’s report said the group’s strict interpretation of Sunni Islam has left religious minorities at risk of harassment, detention, and death.

India implemented more Hindu nationalist policies in the past year and restricted international funding for religious groups like Mother Teresa’s Missionaries of Charity. Muslims across several states have faced hate speech and attacks on their properties in recent weeks.

Nigeria became the first secular democracy to join the CPC list in 2020, but the Biden administration withdrew its designation last year. The commissioners noted ongoing terror attacks and assaults against churches and mosques in north and central states. A court in Kano state sentenced Mubarak Bala, president of the Humanist Association of Nigeria, to 24 years in prison on blasphemy charges this month. Commissioner Tony Perkins said the commission would continue to engage the State Department over the situation in Nigeria.

The annual report also highlights terror groups that target and attack people because of their religion. It documented growing religious intolerance in Europe in the past year, including more cases of anti-Semitism and Islamophobia. Perkins cautioned that religious freedom may be overlooked during the war in Ukraine.

The commission welcomed the January appointment of Rashad Hussain as the U.S. ambassador-at-large for international religious freedom. Hussain previously served in the Obama administration as special envoy to the Organization of Islamic Cooperation. 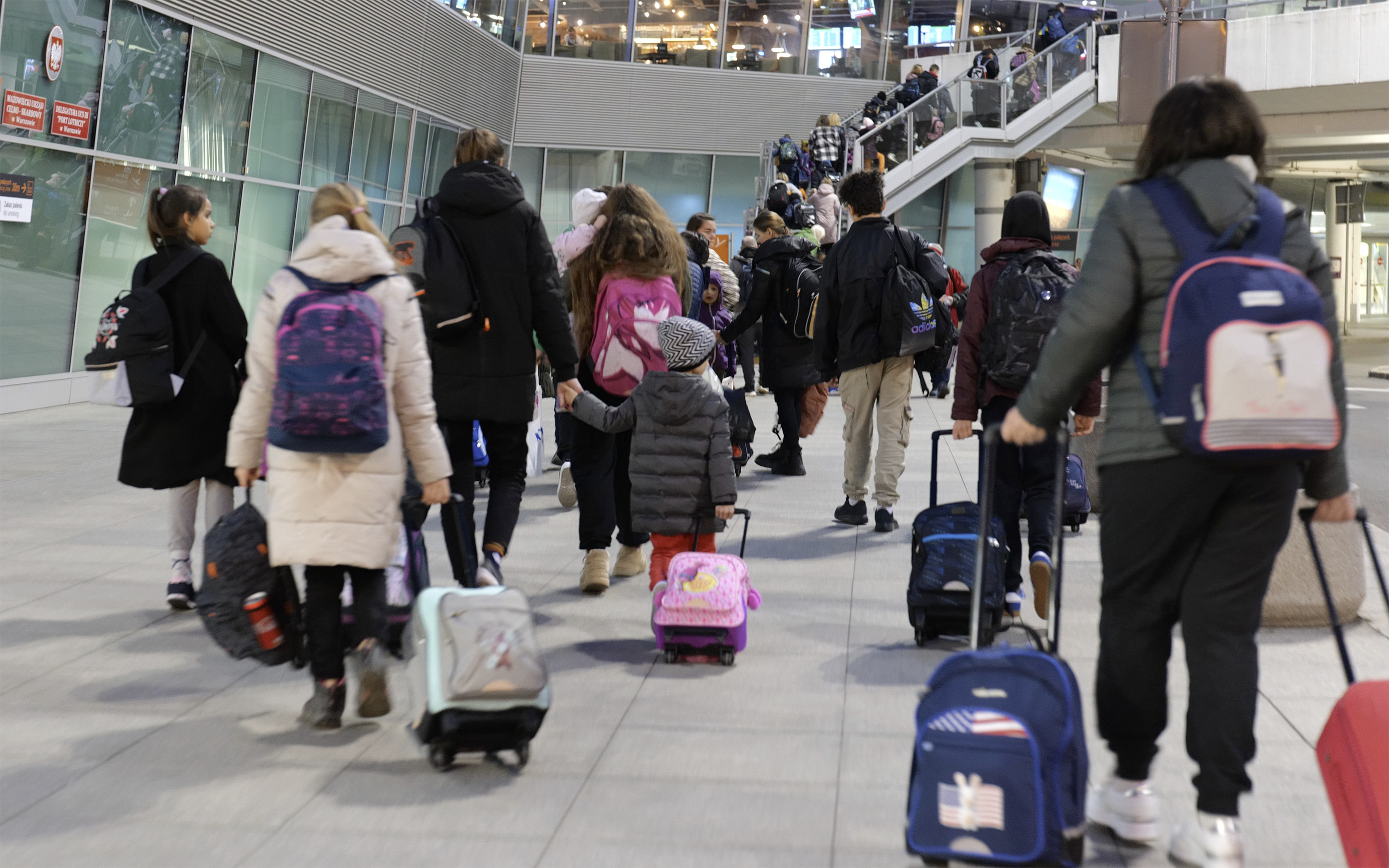 UNITED KINGDOM: An anonymous staffer for Britain’s Homes for Ukraine scheme, billed to help fleeing Ukrainian refugees, claims the program was likely “designed to fail.” The employee, who processes refugee documentation, told The Guardian the complicated system has repeatedly granted visas to entire families except one child, discouraging the families from traveling. Government figures showed the U.K. has issued 40,000 visas under the scheme, but only about 6,600 Ukrainians have arrived so far. A government spokesperson said the system had checks in place to prevent human trafficking.

AFRICA: Several countries on the continent are witnessing a surge in disease outbreaks after COVID-19 disrupted routine health systems and immunization activities, the World Health Organization said Thursday. The agency reported a 400 percent jump in measles cases between January and March this year compared with the same time last year. WHO also noted that more countries have reported polio and yellow fever outbreaks.

HAITI: Fighting among gangs in four neighborhoods in the capital city of Port-au-Prince has killed at least 20 people and sent thousands fleeing their homes this week. A family of eight, including six children, are among the victims. Authorities said gangs have burned down at least a dozen buildings and injured about 24 people. Gang violence and kidnappings have risen since the assassination of President Jovenel Moïse in July.

CAMEROON: Defense Minister Joseph Beti Assomo this month signed a military agreement with his Russian counterpart in Moscow. Under the deal, Cameroon and Russia would carry out joint training and exchange information on defense policies, international security, medicine, and military hydrography. Al-Qaeda-linked militants in Mali said they captured a “soldier of Russian Wagner forces.” I recently took a deeper dive into Russia’s growing military influence on the African continent.

CHINA: Volunteers and government workers in Shanghai this week set up metal barriers on small streets and apartment complexes in the latest attempt to achieve a “zero-COVID” count. The city has implemented a tiered system that divides neighborhoods into three groups based on transmission risk. Beijing authorities began mass testing on Monday in 11 of the city’s 16 districts.

SUDAN: Fighting in the war-torn Darfur region on Sunday left more than 160 people dead. About 98 other people sustained injuries. Aid workers in the region have blamed the notorious Janjaweed militia for a surge in violence attributed to communal clashes.

INDIA: A private museum in India has launched the Encyclopedia of Art. The online repository by the academy of the Museum of Art and Photography (MAP) collates craft, design, and art from across South Asia dating back to 10,000-year-old cave drawings. 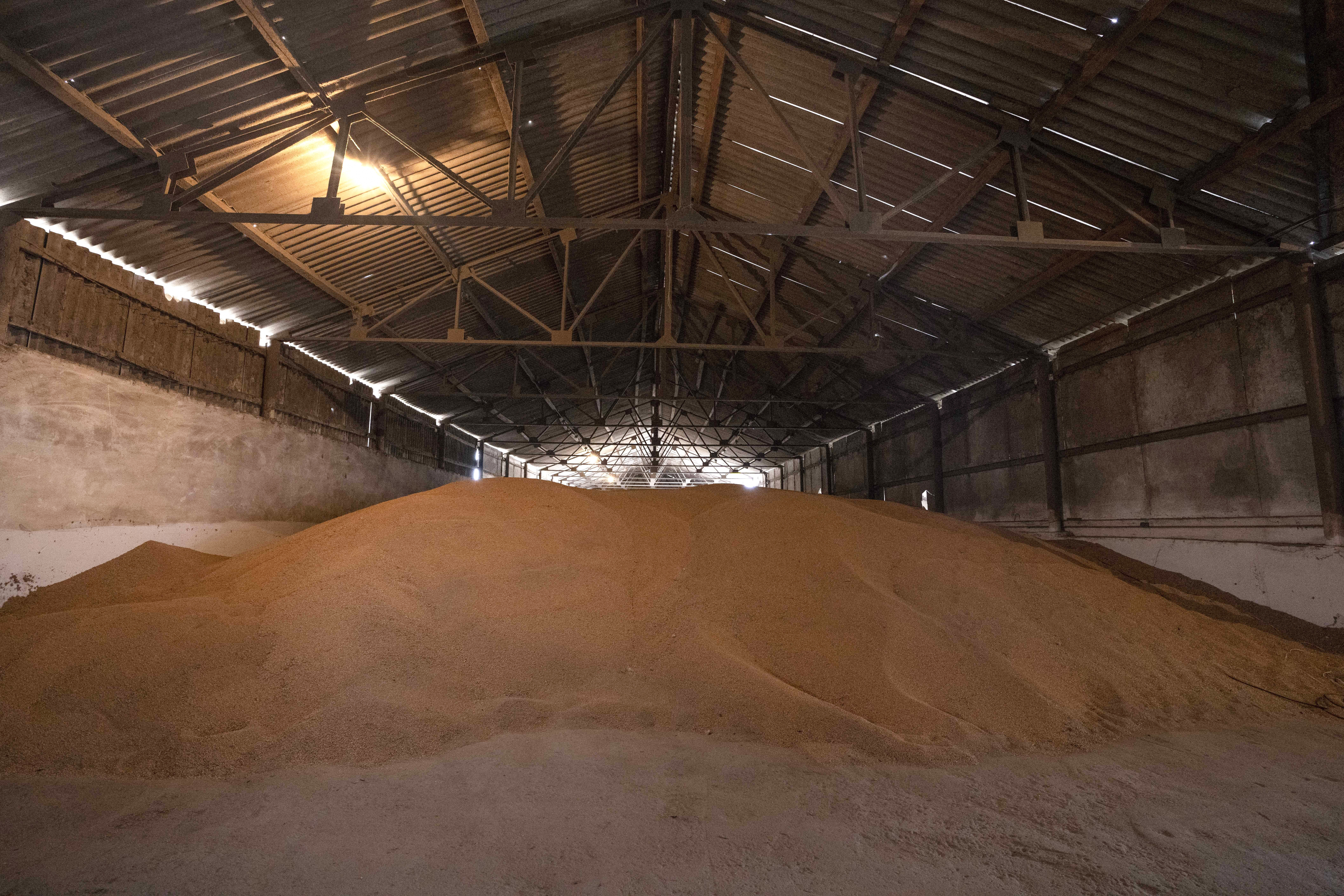 In the ongoing chronicles of the global food impact of the Ukraine invasion, the price of a loaf of bread in Zimbabwe has risen to more than two U.S. dollars, a 100 percent increase since the start of the war. The prices of wheat and maize have also jumped. Aid workers in Burkina Faso are worried about the impact on the country, already battling food insecurity due to jihadist violence. Burkina Faso imports more than a third of its wheat from Russia.

The Biden administration on Wednesday announced it would fully access the $282 million from the Bill Emerson Humanitarian Trust for the first time since 2014. The funds would bolster U.S. emergency food operations in Ethiopia, Kenya, Somalia, Sudan, South Sudan, and Yemen. I’ll continue to follow the war’s impact in different African countries and some of the creative ways many have started to adapt.