Early Friday morning, the Taliban’s infamous white flag hung near the governor’s compound in the provincial capital city of Kandahar, Afghanistan’s second-largest city. It is one of at least 18 provincial capitals to fall during the insurgent group’s swift and aggressive weeklong push toward the nation’s capital.

Samia, one of the refugees, fled her home in the northern province of Takhar and spent two days traveling with her four boys and three girls. “We had to change cars three times, and each time it was more difficult to find a car willing to take us,” she told AlJazeera.

Since the United States announced in May that it would withdraw all troops by Sept. 11, the insurgent Taliban group intensified its attacks. The deadly fighting over the past week increased uncertainty over Afghanistan’s future and launched a renewed humanitarian crisis.

A week ago, on Aug. 6, the Taliban won control of its first provincial capital in years. In Zaranj, the capital of the southern province of Nimruz, the group released prisoners from a local prison, and photos showed the insurgents outside the local intelligence agency and the governor’s compound.

Since then, the list of fallen capitals has grown on a near-daily basis. The insurgents on Friday seized most of Herat, the third-largest city, and continued advances into other areas. Officials said Mawlavi Talib—the Taliban commander who led the capture of the northern Helmand provincial capital of Lashkar Gah—was one of 5,000 insurgents released under a prisoner deal with the United States. U.S. military intelligence estimates the Taliban could begin putting pressure on Kabul within 30 days, given the current trajectory.

Since Monday, at least 183 civilians have died in the crossfire, while more than 1,100 others sustained injuries in four of the affected provinces, according to Michelle Bachelet, the United Nations human rights chief. The International Committee of the Red Cross said it has treated more than 4,000 Afghans in 15 facilities across the country this month.

Christopher Nyamandi, country director for Save the Children, said at least 27 children died nationwide over the weekend. At least 60,000 people—more than half of them children—fled their homes in Kunduz alone, he said: “Markets have been destroyed and are now mostly closed, leaving families without anywhere to get food.”

One 22-year-old female journalist who fled Kunduz as the Taliban tightened control said her work made her a target. “I am so scared and I don’t know what will happen to me,” she said. “Please pray for me.”

Zalmay Khalilzad, the U.S. peace envoy to Afghanistan, warned the Taliban on Tuesday that any forceful takeover would not be recognized internationally. U.S. troops are expected to complete their withdrawal by the end of the month, but the Biden administration will send in 3,000 troops to partially evacuate the U.S. Embassy. Britain, Canada, Denmark, and Germany are also evacuating or reducing embassy staff and nationals.

The United States has started evacuating Afghan interpreters and other locals who worked for U.S. companies. But it’s unclear how many can now leave the country, and their fate, along with thousands of other Afghans, remains uncertain. Six European Union nations including Denmark and Germany sent a letter to the European Commission on Aug. 5 insisting on the continuation of deportations of Afghan migrants from Europe despite the Taliban’s gains. “Stopping returns sends the wrong signal and is likely to motivate even more Afghan citizens to leave their home for the EU,” the letter noted.

Michael Rubin, a senior fellow at the American Enterprise Institute, told WORLD the country’s forces face a logistics crisis. “While the Afghan army can fight when they are in the location, what they had relied on the Americans and other forces for before was the logistics to get from point A to point B,” he said. “And that’s where they’re falling short right now.” 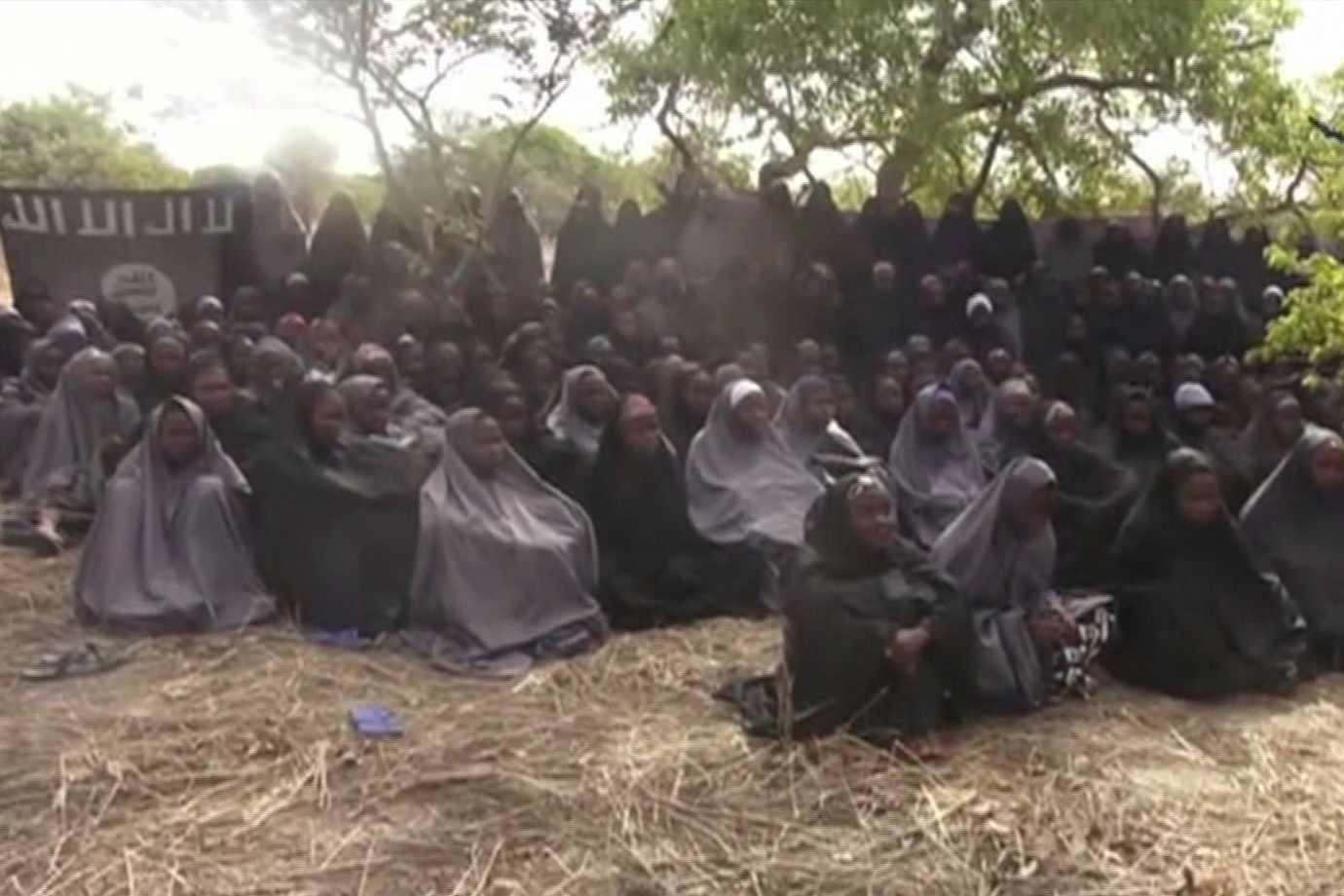 A 2014 image of the alleged missing girls abducted from Chibok, Nigeria, from a video by Nigeria’s Islamic extremist network Associated Press (file)

Ruth Ngladar Pogu, one of the nearly 300 schoolgirls abducted in April 2014 from a school in Chibok, Nigeria, has reunited with her family, state authorities said over the weekend.

The State Gov. Babagana Umara Zulum said the man who married Pogu in captivity surrendered to the military back on July 28 along with their two children. Since the abduction, several of the girls have escaped or been rescued by the military, but more than 100 remain missing. The Nigerian Army said at least 1,000 insurgents surrendered to authorities.

School kidnappings blamed on other groups have increased across northwest and central Nigeria since December. Attacks attributed to armed Fulani herdsmen have also continued unabated in central states. Last week, the Rev. Stephen Panya—president of the Evangelical Church Winning All—said the Fulani militia stepped up attacks between July 23 and Aug. 2. “The Fulani militia, with every of their might have invaded not less than 15 villages, burnt and destroyed not less than 405 houses and churches inclusive, displaced about 20,000 people and destroyed thousands of hectares of farm crops,” he said. —O.O.

Police in Pakistan dropped blasphemy charges against an 8-year-old Hindu boy this week after facing backlash. Authorities accused the boy of intentionally urinating on a carpet in the library of a madrasa, or Islamic school, last month. He is the country’s youngest person ever to face blasphemy charges, which can carry the death penalty.

After authorities released the boy on bail last week, a Muslim mob attacked a Hindu temple in a conservative district of Punjab, forcing the boy’s family and many members of the Hindu community to flee. Tahir Mehmood Ashrafi, special representative of the prime minister on religious harmony, said the police officers who charged the boy are under arrest along with people who destroyed the temple. “Minorities are equal citizens and these are illiterate people attacking worship places,” he told The Guardian.

The boy and his family remain under protective police custody over fear of more reprisals. Pakistan has often used blasphemy charges to target religious minorities. The country has not executed anyone under the charge, but violent mobs have attacked and killed those accused. —O.O.

The Professional Teachers’ Union, the territory’s largest single-industry trade union, said it shut down on Tuesday over the political climate. The 95,000-member pro-democracy group will stop accepting membership and soon end its medical services and welfare centers for members.

It marks China’s latest attempt to silence any form of dissent in the territory. China had called the pro-democracy group a “malignant tumor” that needs to be eradicated. Hong Kong had cut ties with the union, accusing it of spreading anti-Beijing sentiment. “The changes in the social and political environment in recent years have forced us to think about the way forward, and some recent rapid developments have also put us under tremendous pressure,” the group said. —O.O.