A Christian remembers his time in prison with ISIS members 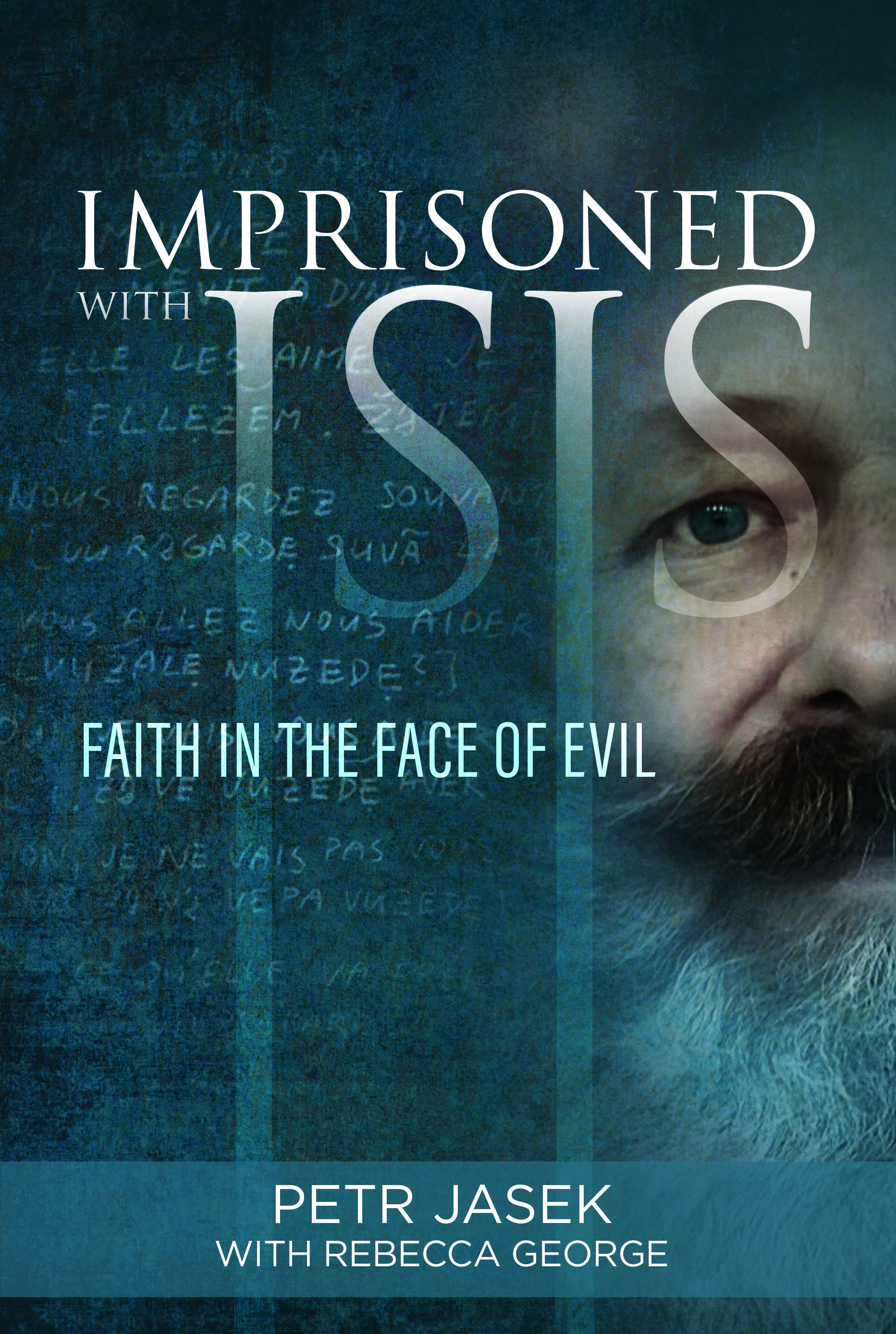 In 2015 Petr Jasek traveled to Sudan as part of his routine but not-so-routine work with Voice of the Martyrs in Africa. This was to be a fact-finding trip following reports of church demolitions and mistreatment of Christians in the largely Islamic, hostile country. The Czech worker was no stranger to persecution, yet this journey would lead to 445 days in a Khartoum prison, facing torture and persecution himself. The story of his fight for freedom is also the story of an internal spiritual fight, told in his Imprisoned With ISIS: Faith in the Face of Evil, a WORLD 2020 Book of the Year runner up in the understanding the world category. Read an excerpt courtesy of Salem Books. —Mindy Belz

During each call for prayer, as my cellmates washed themselves with water from the ibrig, I systematically praised God with words from Relevation 4:8: “The four living creatures … day and night they never cease to say: ‘Holy, holy, holy, is the Lord God Almighty, who was and is and is to come!’ ” If those four living creatures could say the words “holy, holy, holy” throughout eternity, then I knew I could manage to say them for one minute, for five minutes, or for an hour. I began repeating that verse over and over in my mind: “Holy, holy, holy, is the Lord God Almighty!”

Those words made me think of God’s specific attributes—His holiness, His purity, His ability to heal. “Holy, holy, holy, is God the healer.” I began praying for the healing of the persecuted Christians in Nigeria who had recently been injured during a series of attacks. “Holy, holy, holy is God who sets the captives free.” I prayed for Christians in Eritrea, some of whom had been imprisoned for over a decade. “Holy, holy, holy is the Lord,” I repeated to myself over and over again. I knew I couldn’t sing my hymns aloud or speak the words of Scripture with my voice, but I could surely sing and say them in my heart.

When I began to focus more on the holiness and power of God and less on the horrors of my own situation, the dynamics in my prison cell began to change for the worse. My ISIS cellmates did not know that I had begun silently repeating these worshipful words, but during the first week of February, the more I sang to God and exalted His name, the more harshly they treated me. Since I was the only white man in the prison, my skin had become a particularly fruitful and constant source of ridicule. “Look how dirty your feet are,” they sneered, pointing to my pale soles, “and look how clean our feet are.”

My cellmates had become so aggressive that restricting my movement in the room no longer brought them any pleasure. Whenever I was walking, they made me stop to wait until they passed by. My cellmates forced me to sit cross-legged on the floor for hours at a time—a painful position since I was unaccustomed to the Muslim practice.

They also forced me to wash their underwear and scrub the toilet with my bare hands, leaving me feeling humiliated and degraded. Nor did they let me eat communally with them. “You are an infidel,” they reminded me. They forced me to eat from a separate dish they stored near the toilet. Each time one of my cellmates relieved his bladder, my dish was splattered with urine droplets.

They called me all sorts of derogatory names, and when I failed to immediately answer to “filty pig” or “filthy rat,” they unscrewed the wooden handle of the broom from the floor and beat me over the head with it. Each morning, I woke with fresh bruises on my body and a throbbing headache.

So far, the Lord had given me he strength not to retaliate as they beat me. When they struck my right cheek, I offered them my left one. Of course, even if I chose to fight back and tried to defend myself against their assaults, my efforts would be fruitless against six men. There was no way I could fend them off, so I learned that if I wanted to stay alive, I needed to answer to whatever names they assigned me.

The Lord gave me a special grace not only to share the Gospel with them but also to live the Gospel among them. I knew it was not my old self but that it was Christ in me who enabled me to do that. When my cellmates saw that I consistently refused to retaliate against their attacks, their hatred and aggression grew even stronger. But I knew that we, as Christians, are supposed to love our enemies, to do good to those who hate us, to bless those who curse us, and to pray for those who abuse us (Luke 6:27). In fact, Christianity is the only religion that teaches its followers to love their enemies.

During the process of being admitted to the NISS prison, I had managed to keep my wedding ring because, as I was carrying more body weight, it wouldn’t come off my finger. But as I continued to lose body mass in the celly, my finger had grown thin. I began to notice my cellmates looking at it.

“You have to give us the ring,” they said. “If you don’t give us this, we will kill you.” I sometimes saw them sharpening the edge of one of the metal dishes and grinding down the blade of the air conditioner to use as knives.

One of my cellmates was a Libyan who said he used to serve as a personal bodyguard for Osama bin Laden. He showed his leg to us once, and it was peppered with scars from bullet holes. He also showed us how to kill a man from behind using the fishing line he’d smuggled into the prison. If done correctly, he explained, pulling the string from his pocket, death would come within a few seconds. The ISIS fighter bragged that he was among those who had beheaded twenty-one Egyptian Christians on the Libyan shore in February 2015, a videotaped execution that had been viewed all over the world. “I could kill anyone in seconds,” he told me, winding the fishing line around his hands almost mindlessly. “If you were a Russian or an American, I would kill you on the spot.”

My ISIS cellmates considered him a hero, and seeing him envy my wedding ring left me unnerved and feeling vulnerable. I knew that if he wanted to, this man could steal my ring—and my finger—in a second. I clenched my fingers around the thick band of gold, my only tangible connection to my precious wife at home.

I was forced to sit on the floor with my legs crossed as my cellmates pretended to be a team of interrogators questioning me about my Christian activity in Sudan. Whenever I gave them an answer they didn’t like, they pummeled me with their fists. “Tell us what you are!” they screamed. “Tell us you are a filthy pig!”

Suddenly, their interrogation took an even more frightening turn. Abd al Bari forced me to my knees and began to beat me with the end of the broom handle—the only tool the guards permitted us to have in the cell. Each lash sent shocks of excruciating pain through my torso, and I gritted my teeth under his blows.

“Who are the other Christians who were arrested with you?” Abd al Bari demanded, pausing his blows. With my head still tucked against my chest, I felt my heart skip a beat. What is he talking about? What other Christians? I wondered. Another swift strike on my back, and then he rephrased his question. “How do you know Hassan and Monim?”

I was stunned. Have they been arrested as well? My body ached, and my mind raced as I tried to make sense of this information. I could feel my heartbeat in the contusions on my back, but these physical wounds weren’t as painful as my next thought: Have Hassan and Monim been arrested because of me?

When I refused to answer questions about Pastor Hassan, the men smashed my fingers with the wooden stick. When I wouldn’t give them names of other pastors at the conference in Addis Ababa, they slammed the heavy toilet door onto my elbow. A sharp, inhuman cry escaped from my lips as my brain tried to process the pain.

Sometimes, I was beaten so mercilessly that I didn’t think I would survive another day. During his next interrogation, Abd al Bari kicked me so hard in my back with his shoe that I wondered if my rib had cracked. Not a day went by that I was not assaulted and tormented by my ISIS cellmates.

Surprisingly, as my torture increased, my mind grew more and more calm. No longer was I worried about my family back home or my Sudanese brothers imprisoned with me. In fact, during this season of physical suffering, I could not think of my family at all. I placed them at the altar and could only exalt the name of Jesus over them.

Through these experiences, horrific as they were, I was beginning to see a clearer picture of Jesus Christ who was also beaten and bruised. Each time I was slapped, punched, kicked, or ridiculed, I thought of Christ and what He patiently endured at the hands of the Roman soldiers.

If my Lord was willing to endure punishment for me, then as His follower, I must be willing to walk in His steps and to share the sufferings for His name’s sake (Philippians 3:10).

This is an excerpt from Imprisoned with ISIS: Faith in the Face of Evil by Petr Jasek with Rebecca George. Copyright © 2020 by The Voice of the Martyrs. Published by Salem Books, an imprint of Regnery Publishing. Used with permission. 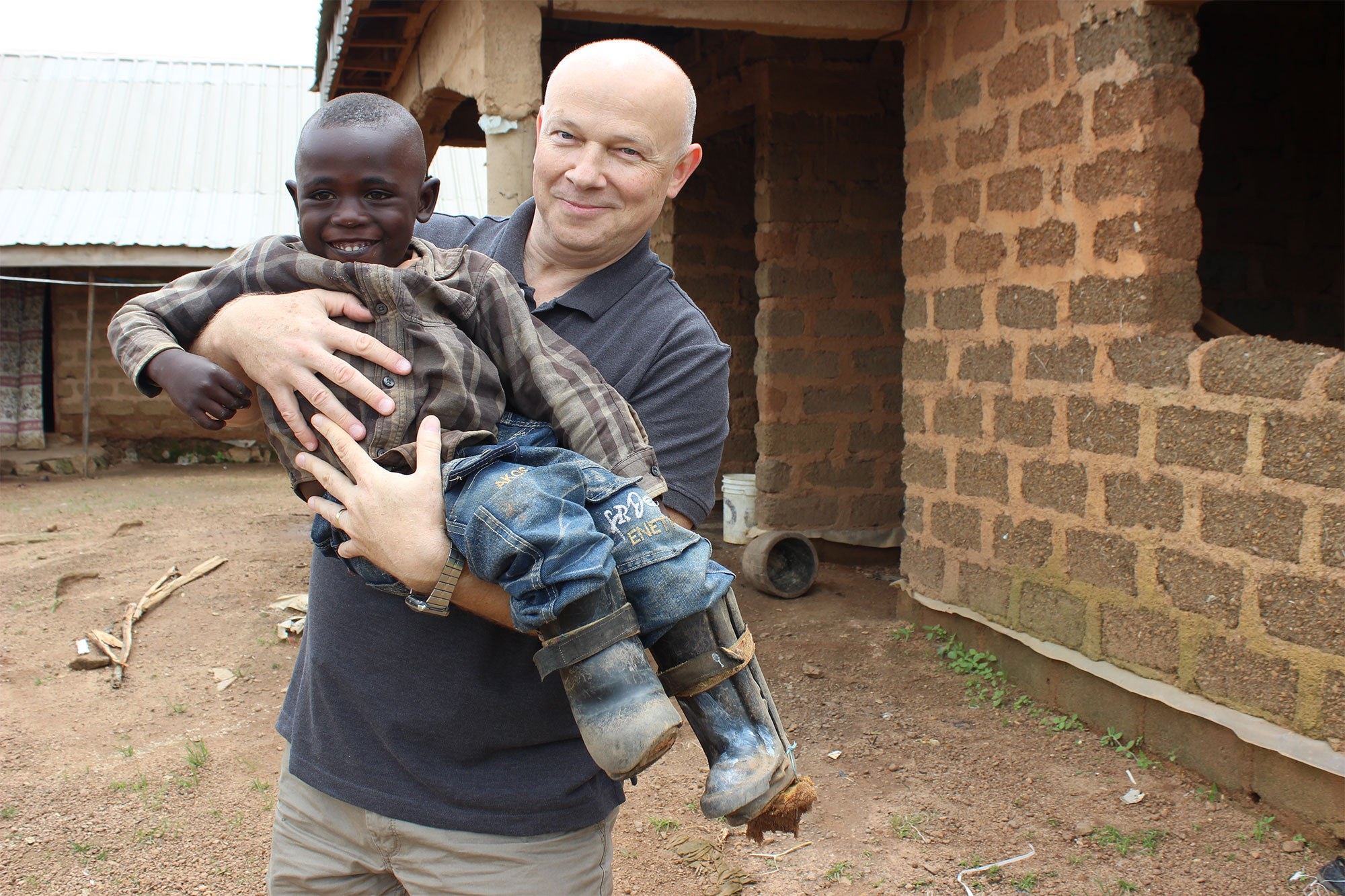 Petr Jasek, the son of a pastor who was persecuted in Communist Czechoslovakia, joined The Voice of the Martyrs in 2002 to aid and assist persecuted Christians in hostile areas and restricted nations. Today, he serves as VOM’s global ambassador, speaking about his imprisonment in Sudan and encouraging believers to stand with our persecuted brothers and sisters in prayer and action.