Plus violence in Burkina Faso, mass trials in Cambodia, and more …

A charter flight paid for by the British government stood ready to depart for Kigali, Rwanda’s capital, on Tuesday evening from a military landing field in the English town of Amesbury. The expected 130 immigrant deportations under a controversial policy had already dwindled down to seven this week as lawyers rushed to appeal and challenge individual cases. A last-minute ruling from the European Court of Human Rights less than two hours before takeoff halted the plane’s departure.

Britain reached a $158 million deal in April to send asylum-seekers who arrived illegally in the United Kingdom to Rwanda. Officials there would process migrants’ asylum claims, and successful ones would stay in Rwanda. British officials say the policy will deter migrants from making the deadly and illegal crossing of the English Channel from France. More than 10,000 people have made the crossing this year alone.

But the policy has faced intense backlash. Human rights advocates argue it disregards refugee protections established after World War II. The archbishop of Canterbury and 24 other English bishops also wrote an open letter calling it an “immoral policy that shames Britain.” Rwandan government spokesperson Yolande Makolo said the criticism implies living in Africa is a punishment and is “insulting.”

U.K. Home Secretary Priti Patel said the government would not be deterred: “Our legal team are reviewing every decision made on this flight and preparation for the next flight begins now.” 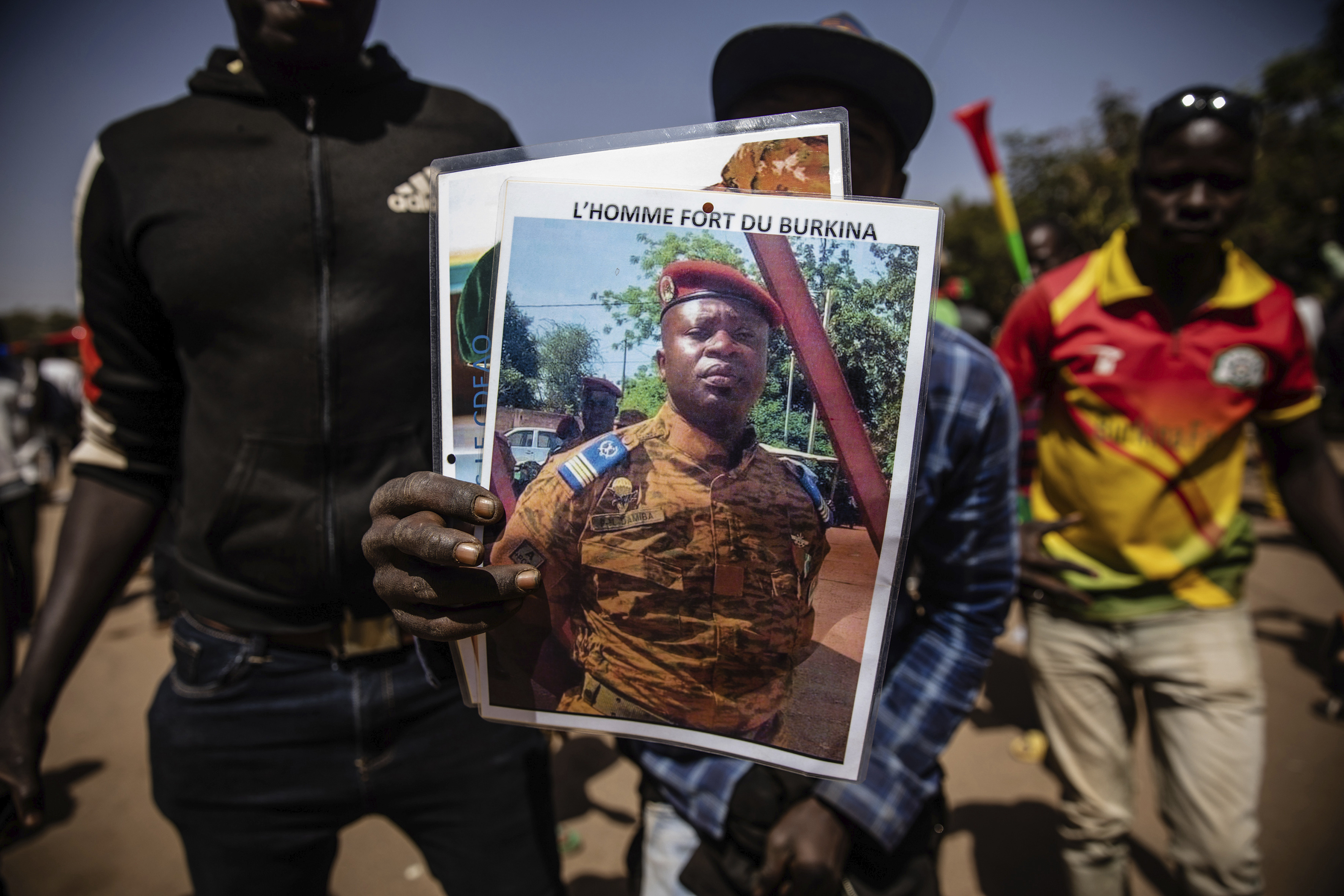 BURKINA FASO: Gunmen killed at least 55 people in a weekend attack in the northern Seno province. No group claimed responsibility. But al-Qaeda and the Islamic State in the Greater Sahara have claimed responsibility for other attacks and kidnappings in the northern region. The violence is a blow to the ruling military junta that seized power in January and vowed to restore peace. Security forces have also decried a lack of weapons and low morale as more attacks target their colleagues.

CAMBODIA: A court in Phnom Penh sentenced at least 60 opposition figures to jail on Tuesday in a widely condemned mass trial. They include Theary Seng, a prominent Cambodian American lawyer, who received a six-year sentence for treason. The trial is one of four targeting nearly 130 defendants, many of them members of the now-defunct Cambodia National Rescue party. The Supreme Court banned the party and detained its leader ahead of elections in 2018. That paved the way to victory for Prime Minister Hun Sen’s Cambodian People’s Party. Rights activists have denounced the sentencing as Hun Sen’s attempt to squash any dissent to his 37-year rule.

EGYPT: Nehru Tawfiq, a 60-year-old man with extremist ties, received a death sentence last weekend over the murder of a Coptic Christian priest earlier this year. Tawfiq was convicted of stabbing Arsanious Wadid to death in the Mediterranean city of Alexandria in April. Tawfiq shouted “God is great” in Arabic during his hearing last month and tried to quote from the Quran before judges ordered him to keep quiet. Coptic Christians make up about 10 percent of Egypt’s population and have complained of discrimination.

NIGERIA: The Nigerian army on Wednesday said it rescued one of the abducted Chibok schoolgirls in northeast Borno state. The army said officers found Mary Ngoshe during a patrol after she escaped her captors with her young child. Some community leaders have identified her as Naomi Dauda Yahi. Boko Haram insurgents kidnapped 276 schoolgirls from the Borno town of Chibok in 2014. Mass kidnappings targeting schools and travelers have risen since then.

WORLDWIDE: Monday marks the annual World Refugee Day. It’s been a difficult year: The United Nations refugee agency in May said the total number of forcibly displaced people topped 100 million people this year for the first time on record. They include more than 5 million Ukrainian refugees spread across Europe since Russia’s invasion began in February.

A World Vision report highlighting refugee needs across 11 countries noted that groups, including its own Asia Pacific regional office that oversees support for Rohingya refugees in Bangladesh, have said several donors have warned they will reduce their 2023 budgets due to the Ukraine war. The United Kingdom has already redirected $276 million worth of aid money to meet needs in Ukraine, and Denmark announced in March that it would divert more than $279 million in humanitarian aid previously supporting countries like Mali and Syria to aid Ukrainian refugees. “There is growing concern that donors are redirecting existing aid budgets towards Ukraine, cutting funding, canceling grants, and increasing military spending,” the report said.

I watched a nearly nine-minute BBC documentary this week that dives into the growing Chinese industry exploiting African children for paid videos. The documentary titled “Racism for Sale” highlighted one instance where a man instructed smiling children in a Malawian village to say in Mandarin, “I am a black monster and my IQ is low.” My former colleague and I have reported on China’s growing interests across Africa that have brought financial investments to the continent but also reports of poor treatment of employees.