Aid workers of the Spanish NGO Open Arms approach an overcrowded boat of African migrants and refugees in the Mediterranean Sea off the Libyan coast. Associated Press/Photo by Pablo Tosco (file)

European nations in recent years have struggled to stem the flow of migrants across the Mediterranean. At the same time, aid groups partnered with shipping vessels to rescue stranded refugees from unreliable inflatable boats. But now, some of those groups are facing charges because of their rescue work.

Prosecutors on the Italian island of Sicily last week, following a three-year investigation, accused three aid groups and 21 people of assisting illegal immigration and collaborating with human smugglers. The case is just the latest escalation in an ongoing battle between the populist Italian government and rescue charities over how to help the thousands of migrants and refugees seeking entry into Italy.

The allegations claim rescue boats run by German nonprofit Jugend Rettet, Save the Children, and Doctors Without Borders worked directly with smugglers in 2016 and 2017 to pick up more than 14,000 migrants and refugees and return the smugglers’ boats. The prosecutors also targeted boat captains, heads of mission, and legal representatives, all of whom have denied the accusations. The charges carry a maximum 20-year-sentence.

Dariush Beigui, captain of Jugend Rettet’s Iuventa ship, told the Canadian Broadcasting Corporation his crew did nothing wrong, referring to a computerized reconstruction he said refuted the allegations. But he said he was not afraid of a prison sentence: “European prison is like a luxury hotel when you compare it with the Libyan camps where the people flee from, [who] we rescue at sea.”

Italy once served as the major arrival point for migrants crossing the Central Mediterranean route into Europe. Cooperation with Libyan coastguards limited smugglers for a while. But arrivals picked up again last year: 34,154 migrants came to Italy, compared to 11,471 in 2019. More than 6,000 migrants have arrived along the Central Mediterranean route this year, and at least 200 others died.

Italian and other European authorities have long blamed rescue vessels for encouraging travel along the dangerous route and have pushed to halt search and rescue operations. The European Union’s Fundamental Rights Agency reported nine new legal proceedings against rescue crews between June and December last year. In a separate case on March 1, Italian authorities in the city of Ragusa launched an investigation into Mediterranea Saving Humans. Authorities said the aid group illegally received payment from the Danish Maersk shipping company in exchange for picking up some 27 migrants stranded at sea for more than a month.

Doctors without Borders, also known as Médecins Sans Frontières (MSF), faced another charge on the Italian island of Catania. A judge said MSF employees and other crew members illegally dumped hazardous water at Italian ports after rescue missions. MSF denied all accusations and told The Guardian its six humanitarian ships have saved thousands of people at sea: “As a medical-humanitarian organisation, engaged for 50 years in over 80 countries, including Italy, our hope is that the sad story of the criminalisation of those who help will end in a timely manner.”

In a March report, the Council of Europe noted the continent’s rescue capacity is “regressing” and called for improved assistance and cooperation along the key migratory routes: “Member states’ approaches still appear to focus on limiting NGOs’ life-saving work, rather than seeing them as filling a crucial gap left by the member states’ own disengagement.” 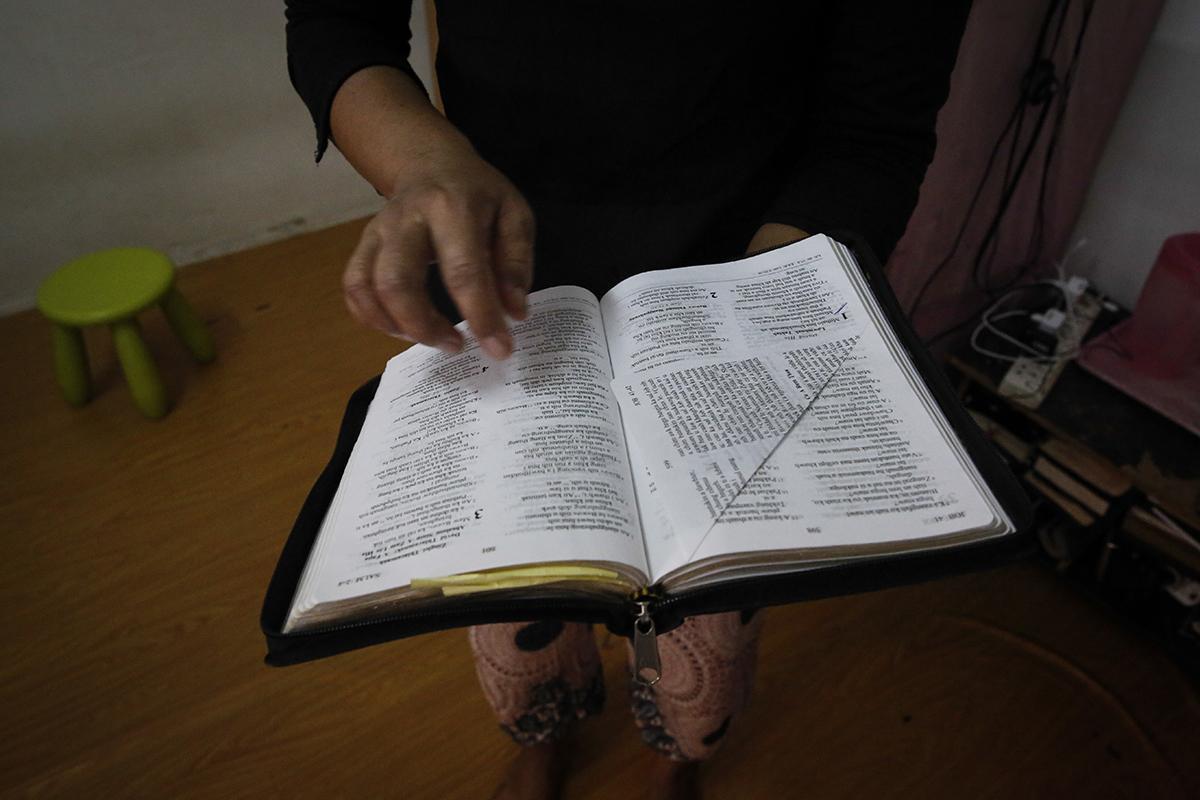 A win for Malaysian Christians

A Malaysian court ruled on Wednesday that Christians can use the word “Allah” to refer to God, overturning a decadeslong ban.

The ruling follows the 2008 case of Jill Ireland Lawrence Bill, a Christian woman who challenged the 1986 ban after airport authorities seized her Malay language religious recordings that used “Allah.”

The restriction also covered three other words of Arabic origin: Kaabah or Islam’s holiest shrine in Mecca, Baitullah for house of God, and Solat for prayer. Christian leaders in Malaysia have argued that Christians who speak the Malay language have used “Allah” in their Bibles and other religious materials for centuries.

The High Court Justice Nor Bee called the ban unconstitutional. “The freedom to profess and practice one’s religion should include the right to own religious materials,” she said.

In 2014, the Federal Court upheld the ban in a separate case following a challenge from a local Catholic newspaper. A lower court decision in favor of the church sparked targeted attacks against places of worship. Christians make up about 10 percent of Malaysia’s Muslim-majority population. —O.O. 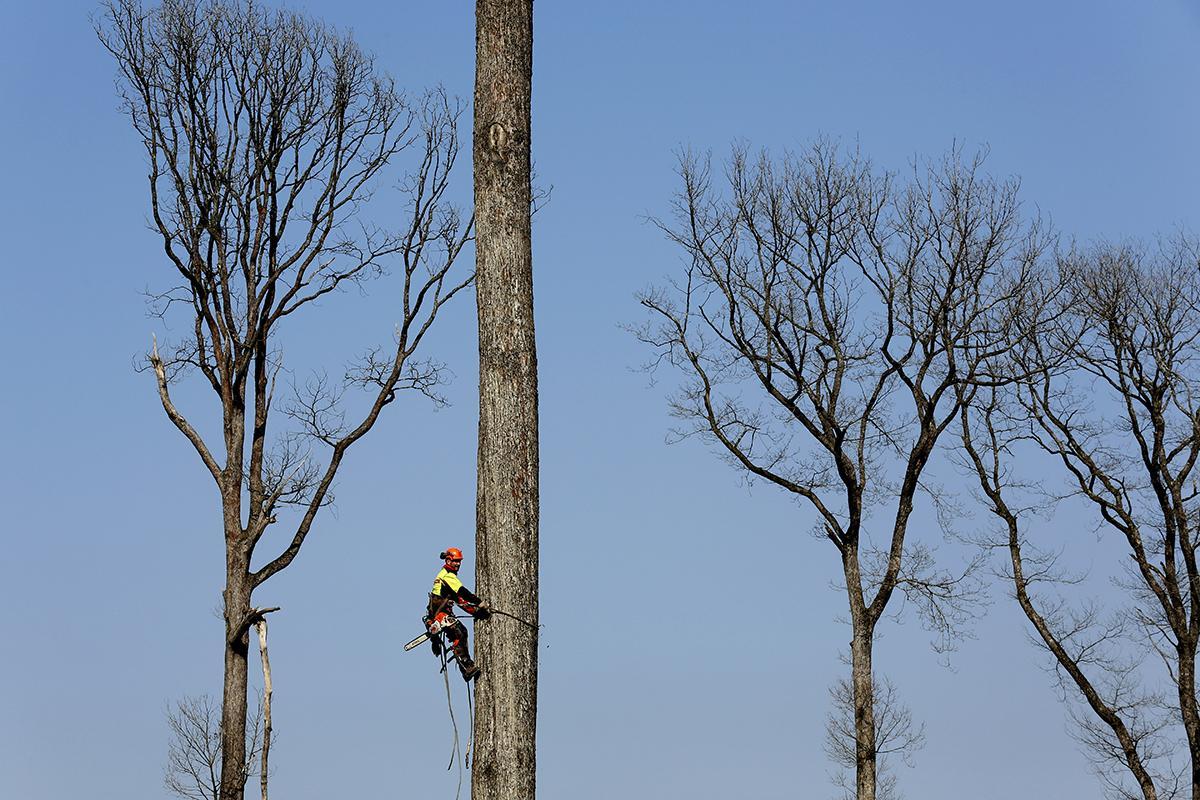 French authorities have started to fell carefully selected trees to rebuild the spire destroyed in the 2019 blaze at the Notre Dame Cathedral.

Tree surgeons scaled and sawed down four 200-year-old French oak trees in what was once the royal Bercé Forest. The trees are among 1,000 oaks from across the country chosen to rebuild the transept and spire of the 12th-century cathedral. Authorities took two months to select the trees due to the precision required to rebuild the 300-foot-tall spire: The trunks have to measure more than 3 feet wide and 60 feet long. Forest workers must harvest all the oaks by the end of March to avoid sap and moisture damage. The trees will dry for up to 18 months.

France received an outpouring of international support after a fire engulfed the cathedral during renovations. French President Emmanuel Macron in July said French architect Eugène Viollet-le-Duc’s 19th-century spire would be rebuilt to its original design. —O.O. 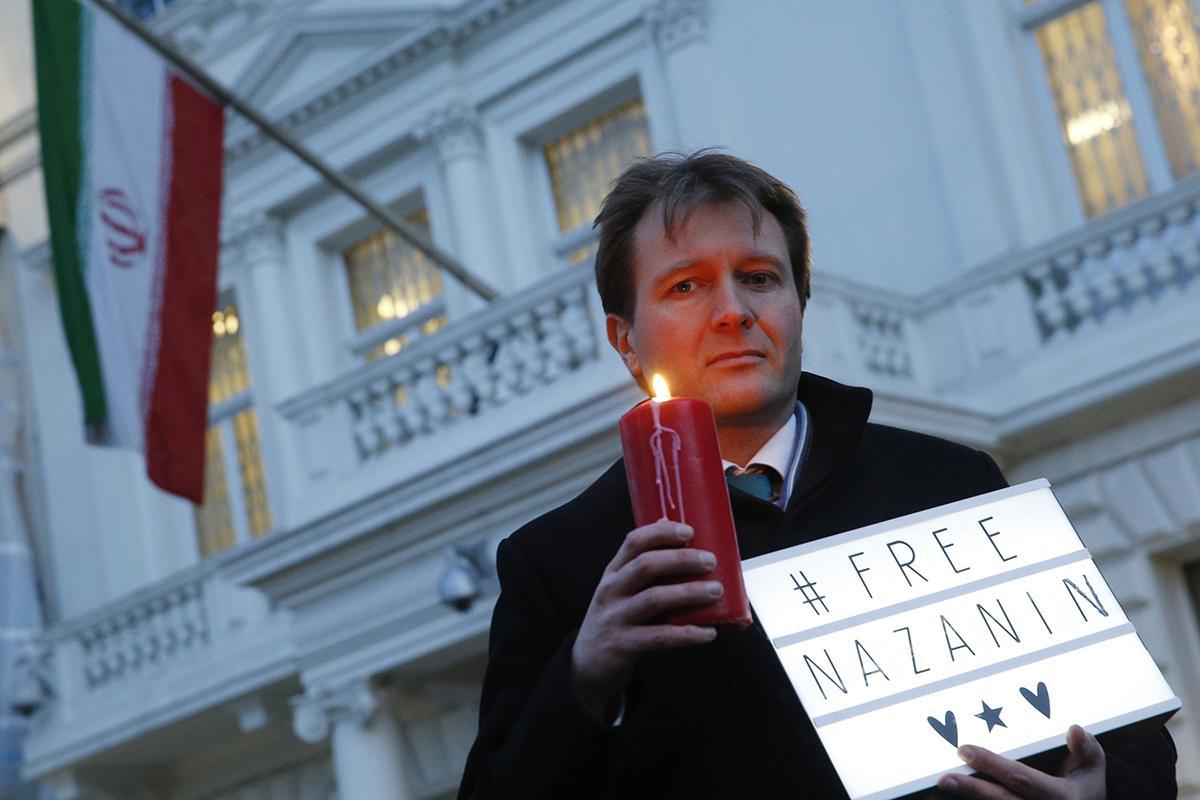 Iran released British-Iranian aid worker Nazanin Zaghari-Ratcliffe from house arrest on Sunday, but she still faces another set of charges. Authorities removed the ankle tag that kept her within 300 meters of her parents’ home. Zaghari-Ratcliffe spent most of her sentence at the notorious Evin prison after she was charged with plotting against Iran’s government. Authorities released her in March and placed her under house arrest.

Her lawyer, Hojjat Kermani, said Zaghari-Ratcliffe has another hearing on March 14. “In this case, she is accused of propaganda against the Islamic Republic’s system for participating in a rally in front of the Iranian Embassy in London in 2009 and giving interview to the BBC Persian TV channel at the same time,” he said.

British Prime Minister Boris Johnson called her continued confinement unacceptable: “She must be released permanently so she can return to her family in the U.K., and we continue to do all we can to achieve this.” —O.O.

Wang Yu was one of several women slated to receive recognition during the State Department’s International Women of Courage Award online ceremony on Monday. Her absence sparked concerns that Chinese authorities detained her.

Wang was one of several rights lawyers detained in July 2015 during China’s crackdown on rights advocates, commonly called the “709.”

Wang’s friend Chen Jiangang told the South China Morning Post that Wang and her husband Bao Longjun had not answered their calls since Sunday, when Bao said public security officers told them not to leave Guangzhou, China.

Secretary of State Antony Blinken on Monday said she had been out of contact for two days. “She has represented cases involving abused children, ethnic minorities, women, and religious adherents, and her work has brought government pressure on her through today,” he said. “We’ll be following up and, if necessary, speaking out on her case.” —O.O.