Nonprofits and governments clash over how to handle seafaring refugees

Italian authorities seized the ship of humanitarian rescue group Proactiva Open Arms after a showdown at sea between the rescuers and the Libyan coast guard. Italy accused the group of enabling illegal migration after it picked up more than 200 migrants at sea on Thursday and refused to turn them over to Libyan authorities. The row is the latest between humanitarian rescue groups and Italian authorities, who accuse the rescuers of exacerbating the migrant crisis.

The Libyan coast guard said its team was already stationed near the migrants, but Proactiva’s presence led the migrants to reject their help. The Italian coast guard tasked Libyan authorities with patrolling the area and taking in rescued migrants following an agreement between the two nations in a bid to stem migrant flows into Europe.

Proactiva workers took the migrants to Sicily, where prosecutors eventually seized their ship and accused the group’s leaders of “criminal association and encouraging illegal migration.”

“Preventing the rescue of lives at risk on the high seas in order to forcibly return them to an unsafe country—as is Libya—is equivalent to carrying out a ‘hot return’ and contravenes the United Nations refugees convention,” Camps said on Twitter.

Since 2013, Italy has taken in more than 600,000 migrants from Africa and the Middle East. At least 495 migrants have died or went missing so far this year while making the perilous journey from Libya across the Mediterranean Sea. Italian officials last year increasingly accused rescue groups of colluding with migrants and even encouraging them to make the journey.

The Italian government in August seized a rescue boat from the Jugend Rettet nonprofit group on similar accusations of aiding illegal migration. The ship remains impounded. Last year, Italy set up a code of conduct for search and rescue operators that required an Italian police officer to board their ships and also prevented the aid groups from entering Libyan waters except in cases of imminent danger, among other rules.

Nando Sigona, a migration expert at the University of Birmingham in the U.K., said the activities of the independent rescue operators disrupt Europe’s latest strategy. “It’s the interest of the European and Libyan authorities that we know less of the migrant deaths, so an independent eye is very relevant,” he said.

Vincent Cochetel, the United Nations refugee agency’s special envoy for the central Mediterranean, tweeted that he hoped the latest case would not resume “the campaign we saw in 2017 against [nongovernmental organizations] involved in rescue-at-sea.” 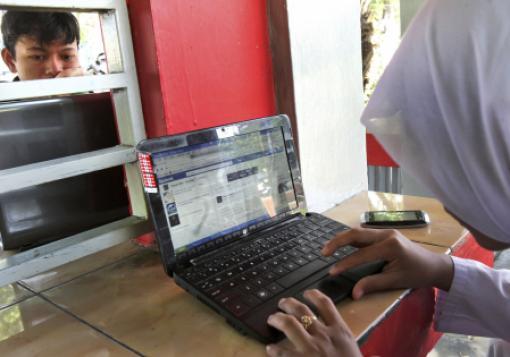 In recent weeks, Indonesian authorities arrested at least 14 people suspected in an operation to incite religious and ethnic division and discredit the government.

A group called the Muslim Cyber Army (MCA) used fake accounts and bots to spread hoaxes and hardline Islamist views on social media, including Facebook and Twitter, according to The Guardian. Muslim-majority Indonesia ranks among the five biggest users of those social media services.

The newspaper’s investigation found links between MCA and military and opposition parties. It also discovered 103 incidents of “bounty hunting” attacks against individuals the network accused of criticizing Islam. The Washington Post reported the violence included kidnapping and torture.

In 2017, a court sentenced Ahok, a Chinese Christian, to two years in prison for blasphemy. Islamists accused him of using selectively edited remarks about the Quran. Some protesters called for Ahok’s death.

“It was all because of fake news, bots, black campaigns, prejudice and racism,” Pontoh said.

Messages spreading hate and fear ranged from claims of rising attacks against Muslim scholars to predictions the banned Communist Party would return, the Jakarta Globe news site reported. Some suspects were charged with inciting hate speech under Indonesian law. 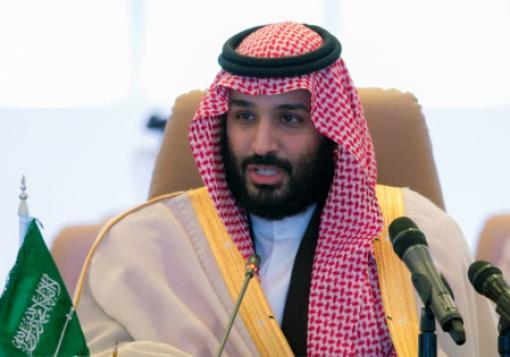 Saudi Crown Prince Mohammed bin Salman in a television interview warned the country would develop its own nuclear weapons if Iran made a similar move. In an interview with CBS, bin Salman said Saudi Arabia does not want to acquire any nuclear weapons, “but without a doubt, if Iran developed a nuclear bomb, we will follow suit.” The prince compared Iranian Supreme Leader Ayatollah Ali Khamenei to Adolf Hitler, saying he similarly wants to expand his own agenda in the Middle East. “I don’t want to see the same events happening in the Middle East,” bin Salman said. Iranian Foreign Ministry spokesman Bahram Ghasemi in a statement condemned bin Salman’s remarks as “worthless.”

In 2015, the Obama administration reached a deal with Iran and other Western nations in which Iran agreed to increased inspections and restrictions on uranium enrichment and plutonium production. The country in exchange saw some economic sanctions lifted. The United States has said it will pull out of the Iran deal if the European Union does not revise it by May 12. —O.O.

Chaldean Catholic Patriarch Mar Louis Raphaël I Sako of Iraq was chosen as a candidate for the 2018 Nobel Peace Prize, according to Asia News. Muslims and Christians supported the nomination. Sako has “worked tirelessly to raise awareness about the persecution of Christians in Iraq,” said a statement from International Christian Concern. He also has sought to unite Christians and to strengthen ties across religious divides in Iraq, especially in the wake of Islamic State (ISIS). The patriarch told Asia News he appreciated the “symbolic value of the gesture” since it would help keep the focus on Iraq and its Christians. He said winning the prize was “not important.” Catholic association L’Oeuvre d’Orient nominated Sako in January, and the Norwegian Nobel Committee accepted him as one of 329 candidates. —J.A.S.

Nigerian forces knew of possible kidnapping, did nothing

Amnesty International revealed that Nigerian security forces received alerts prior to a Boko Haram attack last month in Yobe state in which the militants kidnapped 110 schoolgirls. The Feb. 19 attack in the town of Dapchi triggered memories of the 2014 abduction in Chibok, where militants kidnapped more than 200 schoolgirls. Amnesty said witness testimonies accused army and police officials of receiving calls notifying them that Boko Haram militants were headed for Dapchi up to four hours before the attack, but they failed to take any preventive measures. “The Nigerian authorities must investigate the inexcusable security lapses that allowed this abduction to take place without any tangible attempt to prevent it,” said Osai Ojigho, Amnesty’s director in Nigeria. —O.O.

Ousted Zimbabwean leader Robert Mugabe, in his first television appearance since he left office, called his November removal as president a coup that must be addressed. The country’s military in November staged a takeover that eventually led the 94-year-old leader to resign. Former Vice President Emmerson Mnangagwa assumed control as the Zimbabwe’s leader. “People must be chosen in government in a proper way,” Mugabe said during an interview with the South African broadcaster SABC. “I’m willing to discuss, willing to assist in that process, but I must be invited.” Mugabe’s statement comes ahead of parliamentary and presidential elections set for July. —O.O.