The abduction on Oct. 16 of 16 Americans and one Canadian in Haiti followed a pattern that has increasingly become the norm for many in Haiti and other countries.

Armed members of the notorious 400 Mawozo gang seized the missionaries with the Ohio-based Christian Aid Ministries before revealing their ransom demand: $1 million per person.

Haiti is one of several countries where criminal groups have taken advantage of political, economic, and security challenges to expand their power. The United Nations last month launched an updated version of its “Guidance on Countering Kidnapping and Extortion,” hoping to offer a unified guideline on preventing and responding to such incidents.

The Haiti-based Center for Analysis and Research in Human Rights reported more than 780 kidnappings in the Caribbean nation between January and the first half of this month, including abductions of 53 foreigners. Some 30 gangs now control areas making up nearly half of the capital city of Port-au-Prince.

In 2019, the U.S. State Department introduced a “K” indicator on its travel advisories to make U.S. citizens aware of kidnapping and hostage hot spots around the world. The current list includes Haiti and also Nigeria, where armed kidnappers in the northwest and north-central provinces rose to prominence by seizing schoolchildren. The bandits have abducted at least 1,409 students and 17 teachers since March 2020 and have collected more than $486,000 in ransom.

Extremist groups in Nigeria’s northeast have a record of kidnapping students, but the groups behind the recent abduction surge lack a distinct religious motive. American officials intercepted calls from Islamist militants in the northeast advising bandits in the northwest on kidnapping operations and negotiations, The Wall Street Journal reported last week. Sub-Saharan Africa recorded more abductions than any other country in 2020, according to Control Risks, a specialist risk consulting company.

Last year, Mexico recorded some 831 abduction cases amid the country’s ongoing fight against organized crime. Gangs have targeted migrants trying to cross illegally into the United States, collecting ransoms as high as $5,000. Mexican authorities last month rescued 22 suspected migrants, including Haitian and Cuban nationals, after kidnappers abducted them from a hotel in the central city of Matehuala.

Authorities in the Philippines reported 33 kidnappings last year, a 61 percent decrease from 2019. The Abu Sayyaf militant group, which the United States has declared a terrorist organization, has staged several kidnappings for ransom in recent years. In March, Philippine troops rescued four Indonesian hostages from the group.

In many cases, governments have avoided openly paying or declaring ransom payments in an effort to deter potential kidnappers. In a 2014 resolution, the United Nations Security Council called on member states to stop making such payments, noting they “fund future kidnappings and hostage-takings which creates more victims and perpetuates the problem.”

But many kidnapping groups operate in countries like Haiti and Nigeria, where a security vacuum allows them to thrive and leaves families with no option but to scavenge for the money.

In February, the UN Office on Drugs and Crime and the Office of Counter-Terrorism jointly launched the Kidnap for Ransom Project to better equip member states to counter and investigate such cases, including maritime incidents. Dr. Raffi Gregorian, deputy to the under-secretary-general of the UN counterterrorism office, said the UN’s updated kidnapping manual provides a standardized guide and professional training for countries to equip their law enforcement agencies and policymakers, despite varying cultural and professional practices.

“Kidnapping and maritime kidnapping has been identified by several Member States, as one of the top organized crime threats in their national security strategies,” he said. “When law enforcement agencies are better at preventing, investigating, and resolving terrorism and organized crime cases, [it] will give the public greater confidence in their response.” 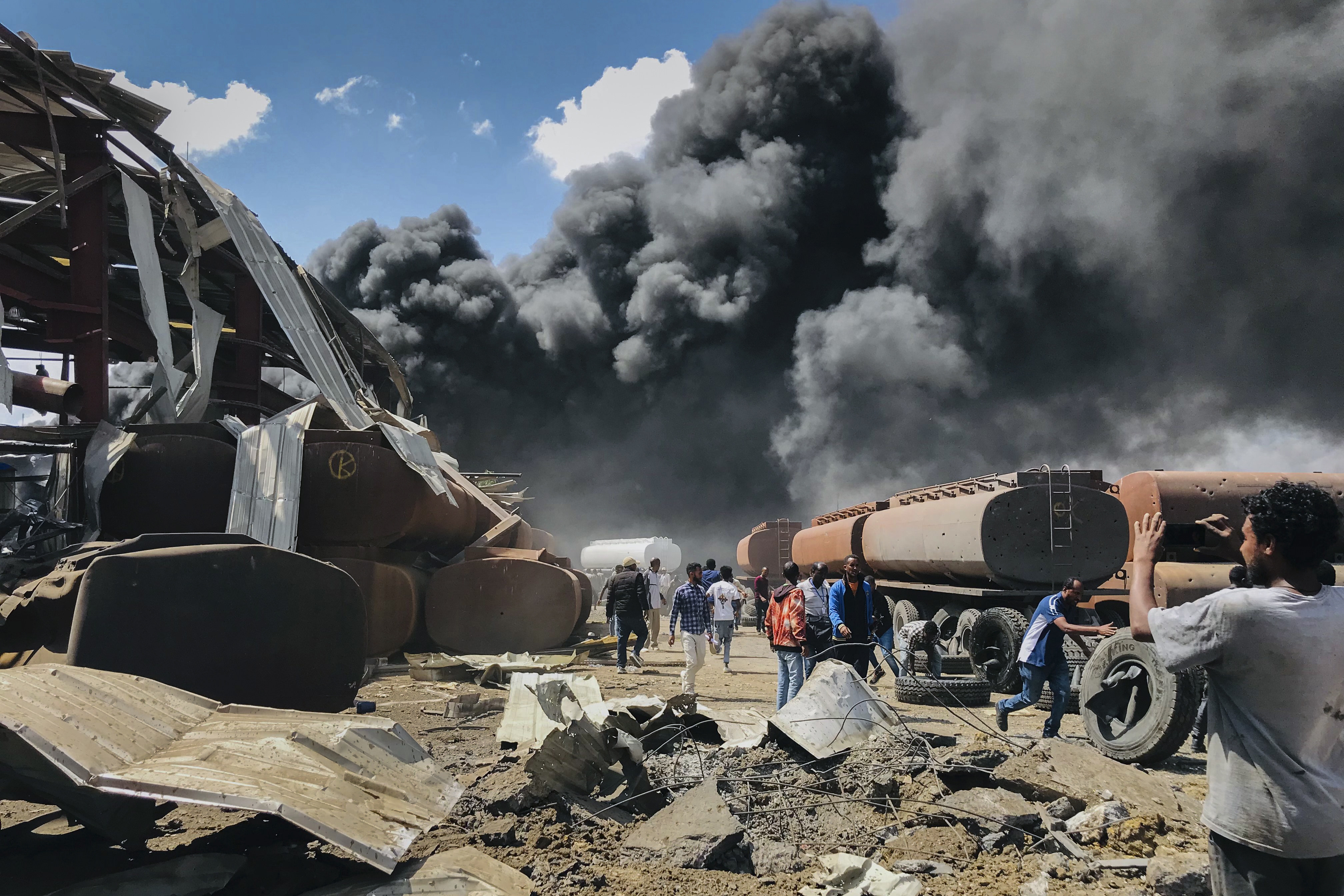 Clouds of black smoke rise after an airstrike in Mekele, Ethiopia, on Wednesday. Associated Press

Ethiopian military airstrikes repeatedly struck the capital city of the restive Tigray region this week. On Wednesday, airstrikes in Mekele killed at least 14 people, while at least three died during similar strikes on Monday, marking the first attack on the city in months.

On Friday, continued military airstrikes forced a United Nations humanitarian plane to abandon its landing at the capital and turn around. The international body has suspended further flights to the city.

Before this week, military attacks in Mekele had last occurred in June, when more than 60 civilians died while soldiers prevented medical teams from accessing them. The federal government said Wednesday’s airstrikes targeted facilities where Tigray forces make and repair weapons, a claim the regional troops have denied.

The attacks come days after the military launched a new offensive in Tigray, ending a unilateral cease-fire declared in June. The 11-month conflict between federal government troops and regional Tigray forces has left about 400,000 people in faminelike conditions. Regional forces say at least 150 people have died from starvation. Residents in the neighboring Amhara region say Tigray forces, who are trying to pressure the federal government to lift a deadly humanitarian blockade, have also killed civilians.

The United Nations said only about 14 percent of needed aid has entered the region. Many children are now hospitalized with severe malnutrition, and fuel is barely available to power the generators used for emergency surgeries. “God have mercy for those who come when it’s off,” said Dr. Sintayehu Misgina, the vice chief medical director at Tigray’s Ayder referral hospital. —O.O. 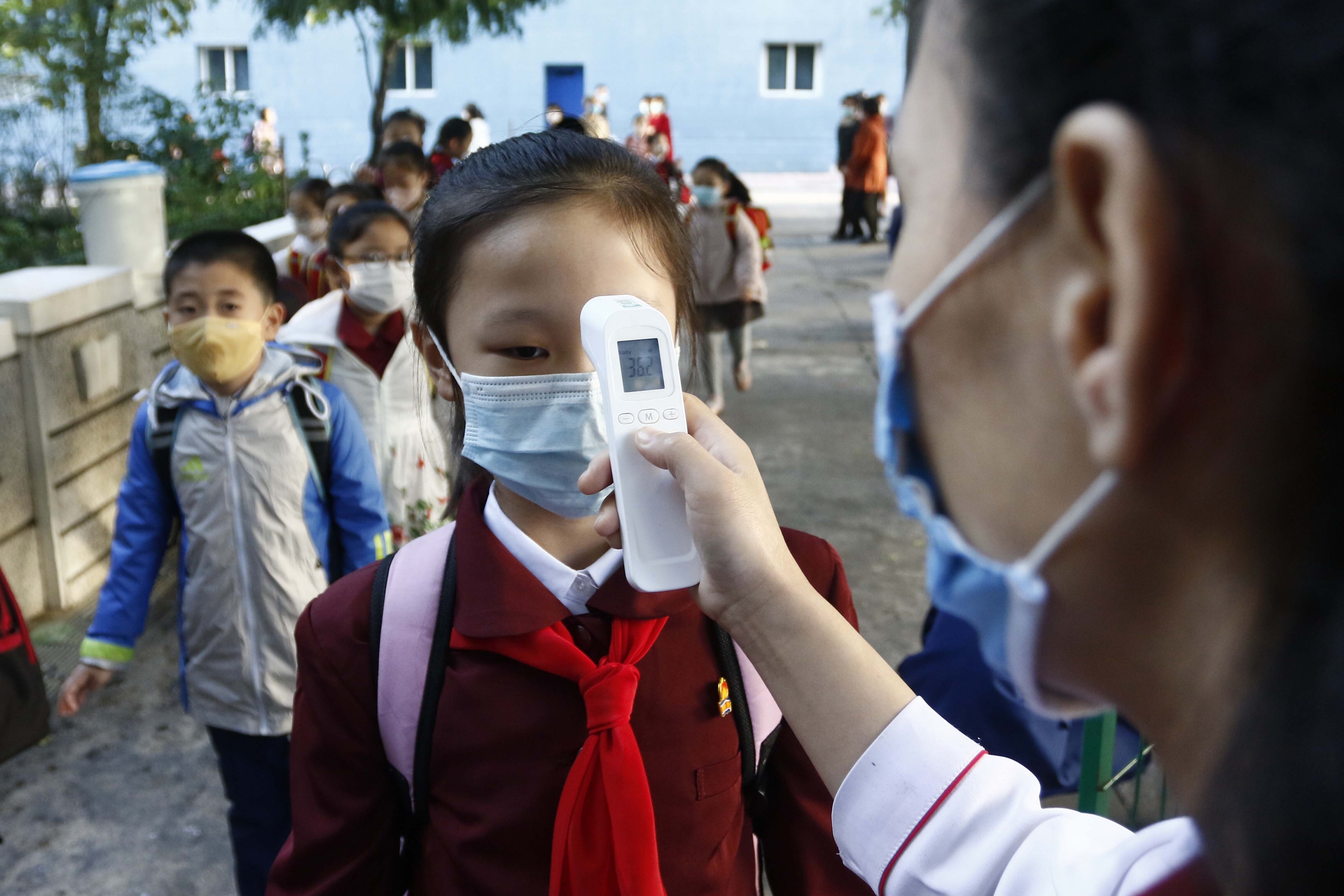 More than 40 percent of North Koreans were already “food insecure” ahead of the pandemic. But stringent restrictions during COVID-19 have placed even more people at risk of starvation, a United Nations investigator said in a report last week.

Many people who depended on trade and other businesses in northern border areas lost their income. Essential medical supplies are now scarce and costly.

The price of rice and corn rose in different regions in June, Ojea Quintana said. He explained the agricultural sector is also being impacted by a drop in imports of fertilizer and other agricultural items from neighboring China, the impact of UN and international sanctions stemming from its nuclear program, and an outbreak of African swine fever.

“The number of homeless people and street children is increasing, [and] social concerns such as prostitution, drug use, trafficking of drugs and robbery are reportedly on the rise due to economic deprivation,” he said.

Ojea Quintana called on the Security Council to consider lifting sanctions “that negatively affect humanitarian assistance and human rights, including under the COVID-19 pandemic.” —O.O. 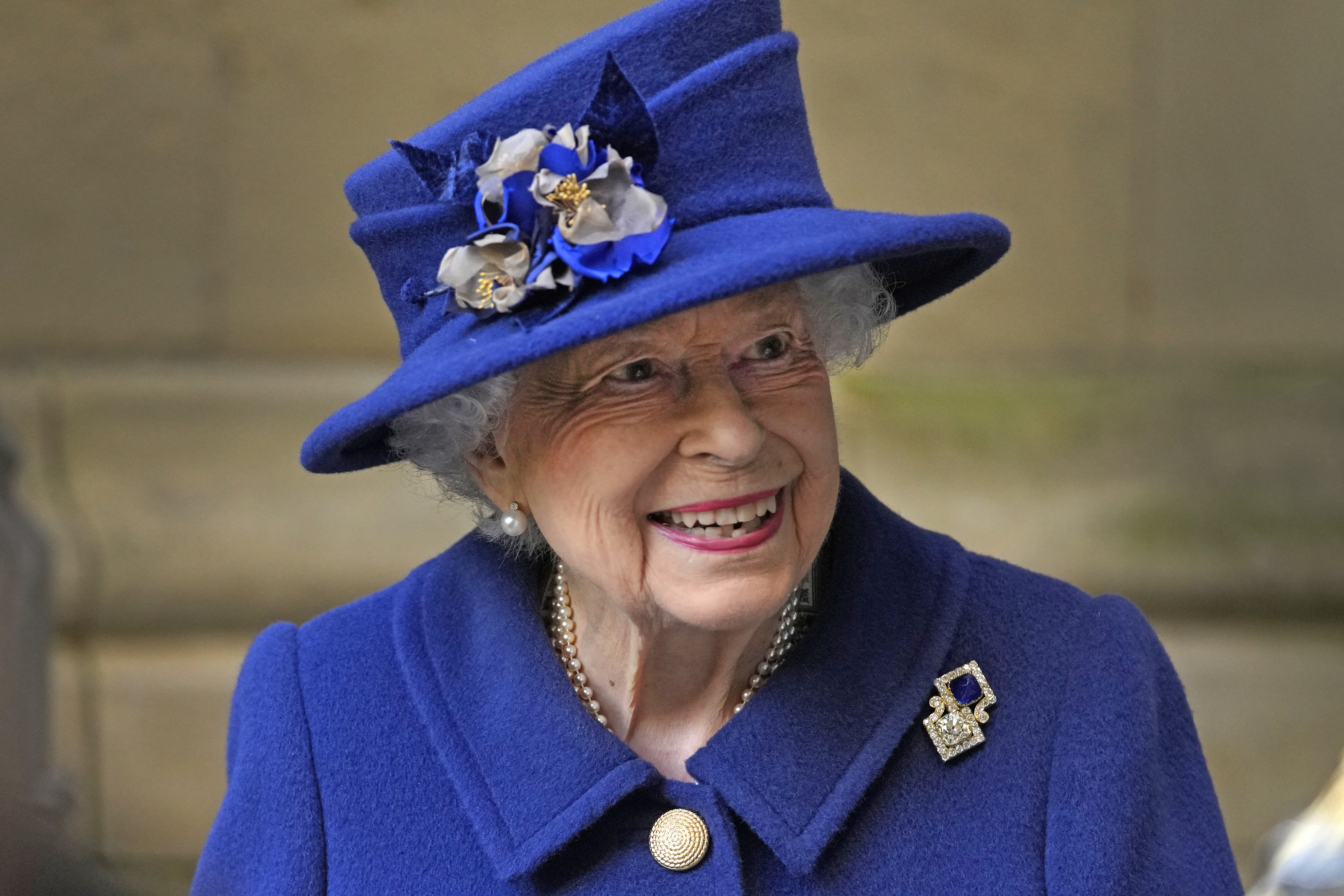 “As old as you feel”

Queen Elizabeth II has received many awards during her decades as Britain’s longest-reigning monarch. But the 95-year-old gently declined a British magazine’s “Oldie of the Year” award in a response published on Tuesday.

Tom Laing-Baker, the queen’s assistant private secretary, said she declined the award because she doesn’t meet the criteria: “Her Majesty believes you are as old as you feel, as such The Queen does not believe she meets the relevant criteria to be able to accept, and hopes you will find a more worthy recipient.”

The Oldie of the Year awards honor seniors who have made a special contribution to the public. One of this year’s awards went to 90-year-old French-American actor and dancer Leslie Caron. Previous recipients include the queen’s husband, Prince Philip, who died in April. —O.O.

For those who love Africa, statements like this are grating: "Sub-Saharan Africa recorded more abductions than any other country in 2020, according to Control Risks, a specialist risk consulting company." The term 'sub-saharan Africa' describes a vast extent of the continent of Africa, and includes many countries.