Security officials crack down on protests against notorious police unit

ABUJA, Nigeria—At 7 a.m. on Saturday, 27-year-old Sandra Braimoh joined about 30 other people at the Old Parade Ground stadium in the Nigerian capital. They made a list of requests for peace and healing before walking and praying across parts of the city for more than an hour. Braimoh has joined other youth-led marches against police brutality. “I can’t just sit there and pretend these things are not happening,” she said.

The Nigerian Special Anti-Robbery Squad (SARS) has stirred controversy for years with its record of harassing, killing, and extorting mostly young people. Twitter users coined the hashtag #ENDSARS as far back as 2017 to complain about the squad. Thousands of people began turning out across the country for mass demonstrations beginning on Oct. 8 following reports that SARS officers killed a young man in southern Nigeria. In response, authorities disbanded the unit, but many protesters say deeper reform is needed.

Nigeria set up SARS in 1992 to crack down on rising violent crime in Lagos, the country’s largest city. As the squad spread to other parts of the country, accusations of malpractice followed. An Amnesty International report in June revealed the government failed to reform the unit over the past five years despite promising to do so. The advocacy group documented more than 82 cases of abuse, torture, and extrajudicial killings between January 2017 and May 2020.

The majority of victims, ages 18 to 35, reported torture, saying officers hung detainees, burned them with cigarettes, carried out mock executions, and engaged in sexual violence. About half of Nigeria’s population is younger than 30.

One 25-year-old financial analyst, Oluchi Ogunedo, remembers running into SARS officers at 2 a.m. at a Lagos checkpoint in April 2018. She said the officers had her and her friend leave the car. Without asking for any identification, the officers searched the car, picked up something from the ground, and accused them of smoking Indian hemp, she said. They placed her in a white unmarked van and drove her to a station some 13 miles away while her friend followed in his car. The officials held them for more than two hours until her friend paid them at least $52. “It wasn’t bail because there wasn’t any official document, so that money went into their pockets,” Ogunedo said.

Shortly after authorities said they would shut the unit down, national police Chief Mohammed Adamu announced a new Special Weapons and Tactics (SWAT) team that would include redeployed staff from SARS. The decision triggered the new hashtag #ENDSWAT, while many accused authorities of not listening.

New reports of violence have arisen since the protests began. Security forces this week opened fire on demonstrators in Lagos state, killing at least 12 people. On Tuesday night, witnesses said authorities removed closed-circuit TV cameras from the Lekki Toll Gate in Lagos and cut the power before soldiers opened fire on peaceful protesters. Armed officers also targeted protesters in a district to the north. Lagos state Gov. Babajide Sanwo-Olu blamed “forces beyond our direct control” and refused to admit people died in the incident. Advocacy groups said at least 56 people have died nationwide.

Despite attempts to suppress it, the movement has grown, echoing calls in other countries for better governance and an end to police violence. Demonstrators issued five demands: the release of all arrested protesters, justice and compensation for the families of victims, independent oversight of officers’ prosecutions, psychological evaluation of officers, and an increase in police salaries.

Nigerian protesters have drawn support from other countries with demonstrations against police brutality, including the United States. Several celebrities, presidential candidate Joe Biden, and Black Lives Matter co-founder Opal Tometi have called for an end to the crackdown in Nigeria.

Nigerians abroad have staged solidarity protests in neighboring Ghana, the United States, the United Kingdom, Canada, and other countries.

Chukwuka Chukwumerije, who attended a protest in Lagos, said Nigerians hope for reform beyond the police. Protesters have decried inflated government salaries and underfunded education and health sectors, among other issues.

“I’m hoping to see a new Nigeria, and I want that to translate in 2023” when there will be a presidential election, Chukwumerije said. “Imagine if the number of youths who come out now in the streets can come out to vote.” 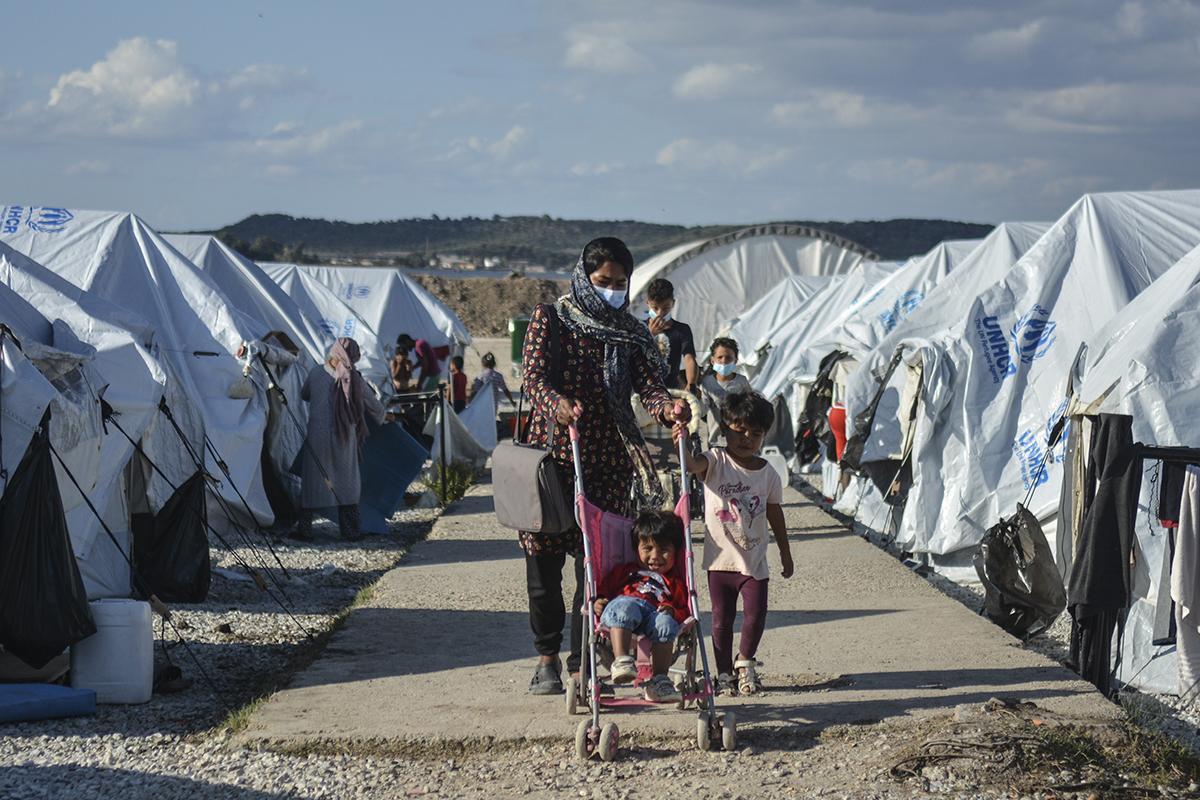 Four Greek construction companies have begun building an additional 16 miles of wall along the southern part of the country’s border with Turkey. The $74 million project will take until April to complete, government spokesman Stelios Petsas said Monday. The wall, made of galvanized, square steel tubes with a concrete foundation, will run close to the Evros River, which borders both nations.

The extension is Greece’s latest attempt to stem the incoming flow of migrants. The number of refugees entering Greece spiked in late February after Turkish coast guards and border officials stopped preventing people from illegally crossing the border.

Turkey hosts more refugees than anywhere in the world, totaling nearly 4 million people, mostly from Syria. Now tens of thousands of migrants have arrived on the Greek island of Lesbos just off the Turkish coast. —O.O. 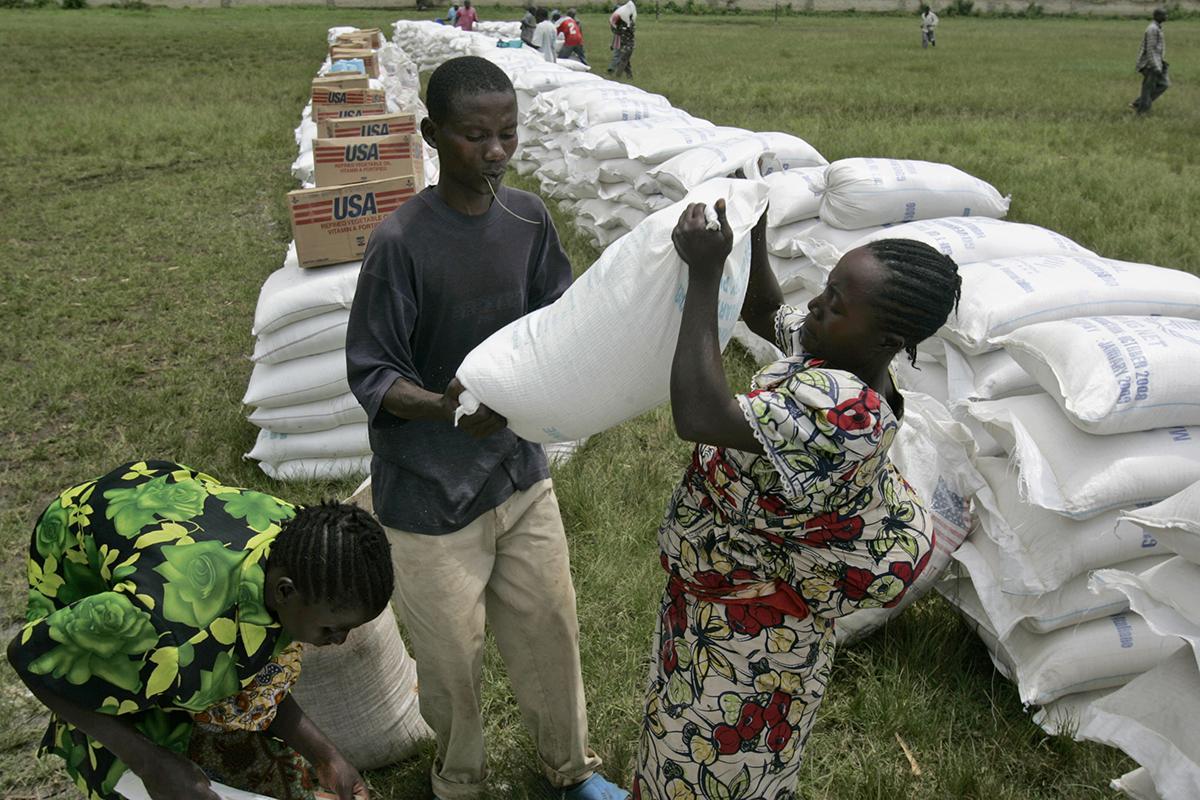 The economic effects of the pandemic have exacerbated other problems, putting more than 19 million people, including 10 million children, at risk of famine, World Vision said last week.

The Christian humanitarian group’s warning covered 12 countries also facing conflict and natural disasters. The number of people at risk of starvation in the Democratic Republic of Congo increased by 77 percent since last year. In Burkina Faso, Mali, and Niger, some 7.4 million people are battling emergency levels of food insecurity, three times more than a year ago.

“Pandemic lockdowns and work stoppages have meant no income for families in the developing world,” World Vision CEO Edgar Sandoval Sr. said. “Layer this on top of armed conflict, which also affects access to food, and you have a crisis within a crisis.” —O.O. 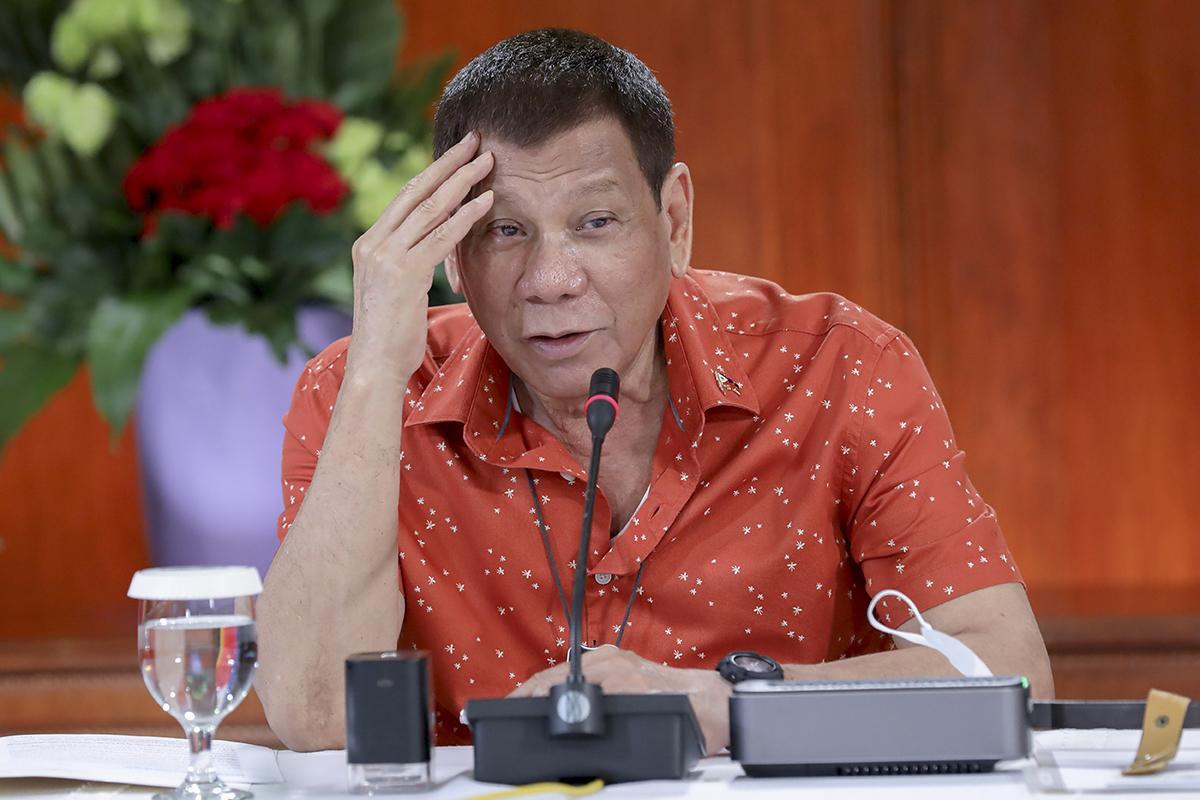 In a televised address on Monday, Philippine President Rodrigo Duterte described the country’s drug problem as a national security threat, saying he was ready to pay the price for his government’s war on drugs.

“If you get killed, it’s because I’m enraged by drugs,” Duterte said. “If I serve my country by going to jail, gladly.”

Since Duterte’s government assumed office in mid-2016, police reported at least 5,856 deaths of drug suspects and more than 256,000 arrests. Rights groups have said the actual death toll is much higher.

The International Criminal Court is investigating at least two complaints of crimes against humanity and mass murder linked to the government’s drug campaign. Duterte withdrew the Philippines from the tribunal in protest. —O.O.

A Tunisian court last week allowed an 81-year-old man to remove a word from his name that identified him as a descendant of slaves.

The unprecedented case began in 2017, when Hamden Dali sought to drop the word “Atig,” which means “liberated by,” from his last name. The court agreed the word bears a stigma of humiliation.

Tunisia abolished slavery in 1846, but rights advocates argue the country has failed to curb racism against black Tunisians, who make up about 10 percent of the population. Many are descendants of slaves.

Zied Rouin, a local consultant with Minority Rights Group International, thanked Hamden and his son, Karim, for “their courage and perseverance to bring hope to all those Black Tunisian families who still have painful references to slavery and racism in their family names.” —O.O.