Tropical storm strikes in the wake of an earthquake

It was raining lightly early Tuesday in Les Cayes, Haiti, as residents repaired makeshift stick and tarp shelters. Tropical Storm Grace drenched the region with heavy rain and strong winds on Monday night just days after an earthquake devastated the area. Government-sponsored bagged meals arrived on Wednesday but were insufficient.

“We don’t have a doctor. We don’t have food,” Mathieu Jameson, one of the leaders of a makeshift tent community in Les Cayes, told Al Jazeera. “Every morning more people are arriving.”

A 7.2 magnitude earthquake rattled the region and left about 30,000 families homeless just two days before the storm hit. People afraid of aftershocks and possible damage to their buildings have slept outdoors for days. Authorities say the death toll now tops 2,000 people, with more than 12,000 others injured.

The official toll and the scale of destruction will likely increase as more details emerge from remote communities. The double disaster has left health workers overwhelmed, while aid workers navigate blocked roads and gang-controlled areas to rush support to those in need.

The U.S. Geological Survey’s preliminary analysis of satellite imagery after the earthquake revealed hundreds of landslides. Some nine people drowned in Les Cayes when the floodwaters rushed into the building where they sought shelter, said Fiammetta Cappellini with the nonprofit AVSI Foundation. “We’ve seen 50 percent of buildings destroyed in the city, and around 80 percent destroyed in the surrounding rural areas,” he told The Guardian.

When Rene Lako and the Haiti team from U.S.-based Hope Force International drove into Les Cayes on Sunday after the earthquake, he described “hit and miss” destruction with some buildings turned to rubble, while others remained standing with just cracks. But along a 10-mile stretch of countryside in L’Asile, not a single house, church, or store remained standing. Authorities have so far reported the disaster destroyed more than 7,000 homes and damaged nearly 5,000 others.

Shekinah Free Methodist Worship Center in the remote, mountainous southern town of Corail lost one parishioner, while the building’s caretaker remained in critical condition after his house collapsed. “He’s in a dire situation and there’s no way to transport him to a hospital,” said Rev. Dukens Boliere, who pastors a sister parish of the same name in Connecticut. “The church is completely destroyed.”

The disaster recalled memories of the 2010 earthquake that killed more than 200,000 people. That 7.0 magnitude quake occurred along the same fault zone as Saturday’s disaster but was located closer to the densely populated capital, Port-au-Prince.

Lako said many residents, still scarred from 2010, have refused to return to their homes. In Les Cayes, he saw many residents instead using wooden planks and cars to cordon off areas to sleep on tarps or sheets. “I think one thing that stood out to me is that a lot of these people and children are traumatized,” he said. “And they will not only need physical or material help, but also psychological help.”

The United Nations identified the affected southern region as a hotspot for gang-related violence. Local authorities negotiated with gangs who control the Martissant district of Port-au-Prince to grant passage to two humanitarian convoys each day. Gangs had blocked access to the region over the past two months.

In L’Asile, the obstetrics, pediatric, and an operating wing of the general hospital collapsed, but the medical staff has continued to treat people under makeshift tents in its yard.

Delays in relief have angered some communities still waiting on government support. One man in Les Cayes said he tried to rescue one trapped 7-year-old girl. “I called the child’s name and she responded,” he told reporters. “If we had masks, tools, and assistance, we would have rescued her. Not a single authority showed up.”

Prime Minister Ariel Henry earlier in the week vowed to move faster. “We will multiply efforts tenfold to reach as many victims as possible with aid,” he tweeted.

The USS Arlington, a U.S. Navy amphibious warfare ship, left for Haiti on Wednesday with a surgical team and landing craft. The U.S. military’s Southern Command will send eight helicopters from Honduras to aid the Haiti response.

Ryan Grabill, who works with the disaster services team of U.S.-based Convoy of Hope, said team members helped load people onto helicopters for medical evacuation from Les Cayes. The flood delayed the nonprofit’s second delivery of relief supplies into the city and its surrounding areas after using a boat to bypass gangs.

“Unfortunately, when disasters stack on top of each other, it slows the delivery of relief supplies,” he said. “There are few countries in the world that an earthquake happening would be worse than Haiti.” 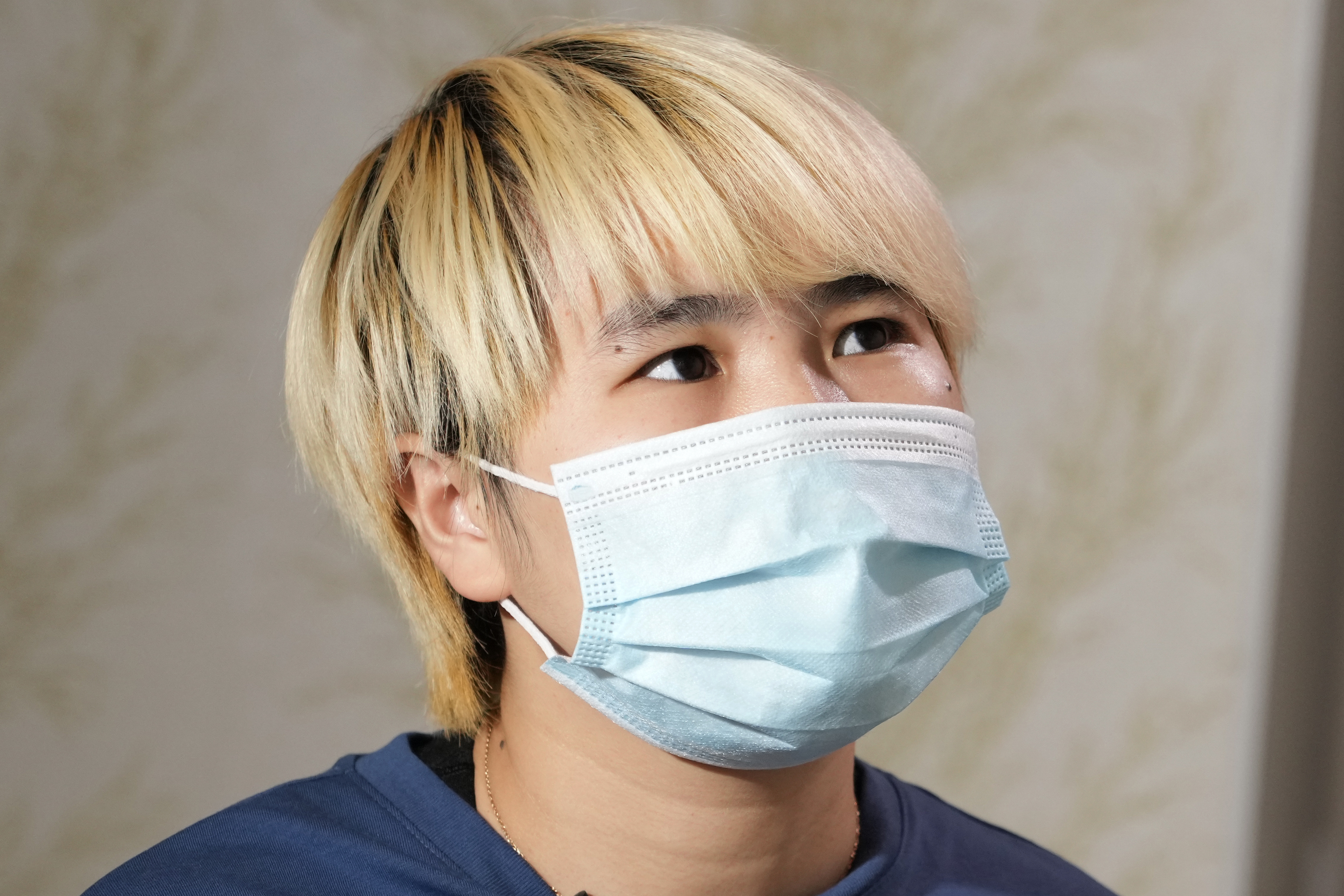 Wu Huan, a 26-year-old Chinese woman, said Chinese officials held her for eight days at a covert detention site in Dubai before releasing her in June. The report last week marks the first evidence of China operating such centers abroad.

She said the officials questioned her at her hotel in Dubai on May 27, before police officers detained her for three days at the Bur Dubai police station. Chinese officials then took her to the “black site,” a villa converted into multiple jail cells. Wu said she saw and heard two Uyghur women also detained at the villa. She said the officials forced her to sign legal documents accusing her fiancé of harassment before releasing her on June 8.

China’s Foreign Ministry spokesperson Hua Chunying on Monday denied Wu’s account: “What I can tell you is that the situation the person talked about is not true.”

Radha Stirling, legal advocate and founder of the Detained in Dubai advocacy group, said she has worked with about a dozen people from Canada, India, and Jordan who have also said they were held in villas across the United Arab Emirates. —O.O. 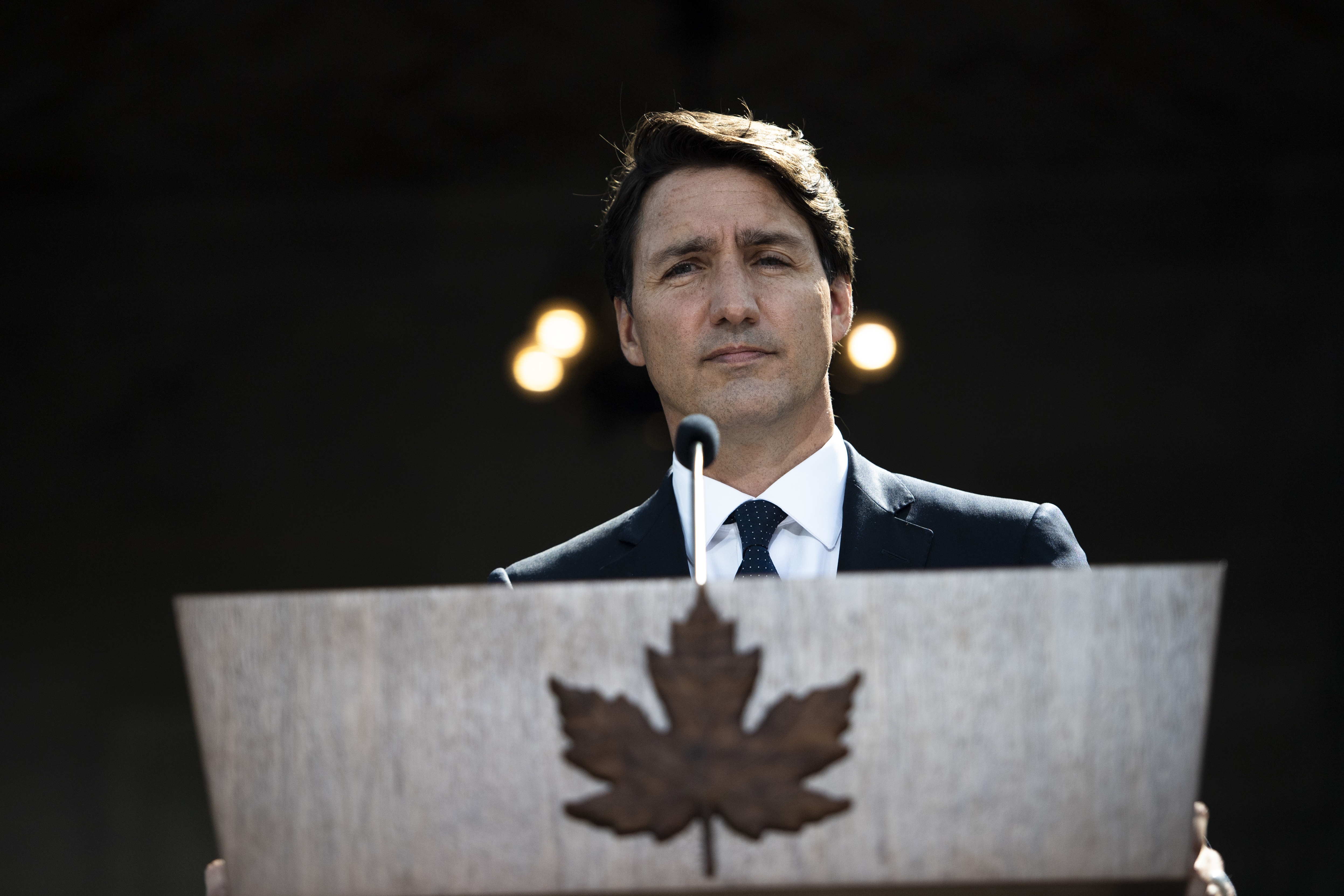 Canadian Prime Minister Justin Trudeau on Sunday called for a September election in an effort to claim a majority for his party.

The Sept. 20 vote will come two years ahead of schedule. Trudeau announced the decision after asking Gov. Gen. Mary Simon, a ceremonial representative of Britain’s Queen Elizabeth II as head of state, to dissolve Parliament. “Canadians need to choose how we finish the fight against COVID-19,” Trudeau said.

Trudeau’s party lost its shot at a majority government during the last election in 2019 and now depends on the Conservative opposition party to pass legislation. But his administration’s handling of the pandemic has received wide support. The country is currently battling its fourth wave of the virus, largely due to the delta variant. About 71 percent of eligible Canadians are fully vaccinated, and around 82 percent have received at least one dose. —O.O.

Authorities in northeastern Nigeria over the weekend welcomed another schoolgirl who had been kidnapped in 2014.

Gov. Babagana Umara Zulum said Hassana Adamu and her two children escaped Boko Haram and surrendered to the Nigerian military. Adamu was one of nearly 300 girls taken from their boarding school in Chibok. Authorities also reported another girl’s return two weeks ago.

School kidnappings have increased across northwest and central Nigeria since December. On Sunday, gunmen abducted 15 students and staff members from the College of Agriculture and Animal Sciences in northwestern Nigeria. —O.O.

On a lighter note

The Taliban’s takeover in Afghanistan and the devastation in Haiti have dominated headlines the past week. So here are a few highlights that encourage hope: