The third anniversary of her abduction sees growing attacks across Nigeria

In a Monday Facebook video, Kyle Abts prayed that world leaders would pressure the Nigerian government to secure Leah Sharibu’s freedom. Leading up to the Friday three-year anniversary of Sharibu’s kidnapping from her boarding school, International Committee on Nigeria (ICON) and the Leah Foundation held a week of prayer for her, along with other victims of persecution and an end to terrorism in the country.

“We pray for Leah and other girls that have been taken hostage and captive,” Abts, ICON’s executive director, said. “Father, we pray that their families would be comforted knowing that You are fighting on their behalf.”

On Feb. 19, 2018, insurgents from the Islamic State West African Province (ISWAP), a Boko Haram offshoot, abducted 110 girls from their school in Dapchi, Nigeria. The extremists returned all the surviving girls except Sharibu, a 14-year-old Christian who refused to renounce her faith. Three years later, Nigeria continues to face growing religious violence and unrest.

The Nigerian government seems to have made little progress on Sharibu’s case. In the only proof-of-life video, released in August 2018, she pleaded for the government to help her and support her family. In January 2020, an aid worker abducted by the same insurgent group said Sharibu was alive and doing well. Last month, her father Nathan told the BBC he heard rumors Sharibu had converted to Islam and had a child with one of the militants, but said he could not verify the report since authorities have not updated the family on her case.

Gloria Puldu, the executive director of the Nigeria-based Leah Foundation, said the family last heard from authorities on Oct. 19, when Nigeria’s Women’s Affairs Minister Pauline Tallen visited them. But Puldu said the officials just offered the same reassurances as before. The U.S. assistant secretary of state was scheduled to visit just days later. “They knew they were going to ask questions about Leah,” she said.

In December, the United States designated Nigeria as a country of particular concern due to increasing violence from insurgents and armed groups. On Wednesday, unidentified gunmen killed one student and abducted 42 other people, including 27 students, from a boarding school in central Nigeria. Boko Haram and ISWAP conduct attacks across the country’s northeast, while armed assaults and abductions for ransom plague residents of northwestern states. Across central Nigeria, armed Fulani extremists have raided Christians and other communities and kidnapped people. In some southwestern regions, clashes between herders and farmers have left local leaders scrambling for solutions.

During a Tuesday panel hosted by the United States Commission on International Religious Freedom, International Crisis Group Senior Adviser Nnamdi Obasi urged state and local authorities to coordinate with the federal government to respond more efficiently to insecurity. “The judicial capacity to prosecute is currently lacking in some of the states,” he said. “At the end of the day, there is an air of impunity all over the environment.”

On Friday, ICON wrapped up its week honoring Sharibu with a three-hour virtual event encouraging people to continue to speak up for her release. In one of the pre-recorded videos, Sharibu’s father Nathan thanked everyone and asked “Christians in the whole world, [to] keep on praying for Leah and the family entirely.” 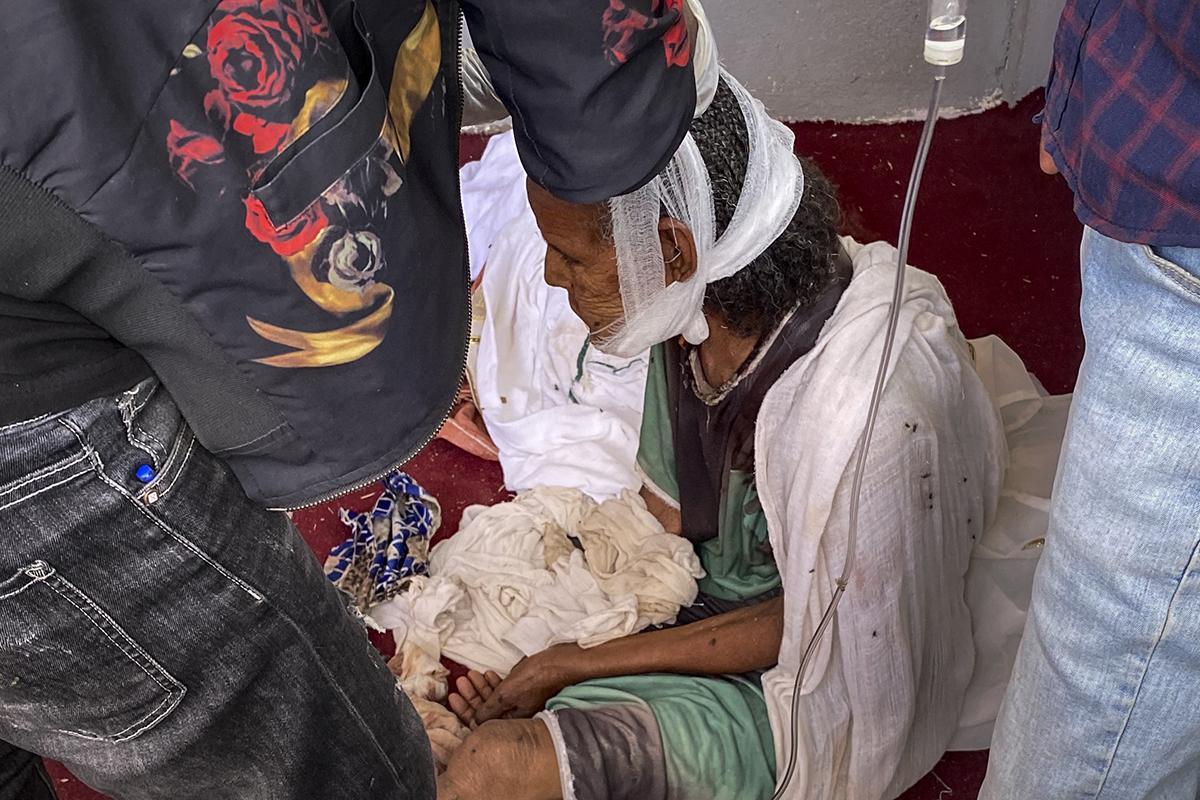 Residents of Ethiopia’s restive Tigray region have started to speak up about violence, including against one of the country’s most revered Orthodox churches.

On Nov. 28, Eritrean and Ethiopian troops stormed the city of Axum searching for members of a local militia group. A local deacon, who spoke to the Associated Press on condition of anonymity, said soldiers burst into the Church of St. Mary of Zion and started to drag out worshippers, shooting at those who tried to flee. Orthodox Ethiopians believe the Ark of the Covenant is located inside the church. Other witnesses said the soldiers shot at anyone they saw on the streets. The deacon estimated troops killed about 800 people in the church and around the city that weekend. “On every corner, almost, there was a body,” he said. “People were crying in every home.”

The community could only bury the dead after the soldiers left the city. By then, the bodies had started to smell, and residents said hyenas from nearby hills came down to feed.

Fighting between Ethiopian federal forces and the Tigrayan regional leaders began in November. The federal government blocked access to the region and denied accusations that Eritrean troops entered Tigray. For the first time last week, Filsan Abdullahi Ahmed, Ethiopia’s minister for women’s affairs, admitted people were raped “conclusively and without a doubt” during the conflict. The region’s residents have reported 108 rape cases in the past two months, while landmines and hand grenades injured several children, according to a report Ethiopia’s Human Rights Commission released this month. —O.O. 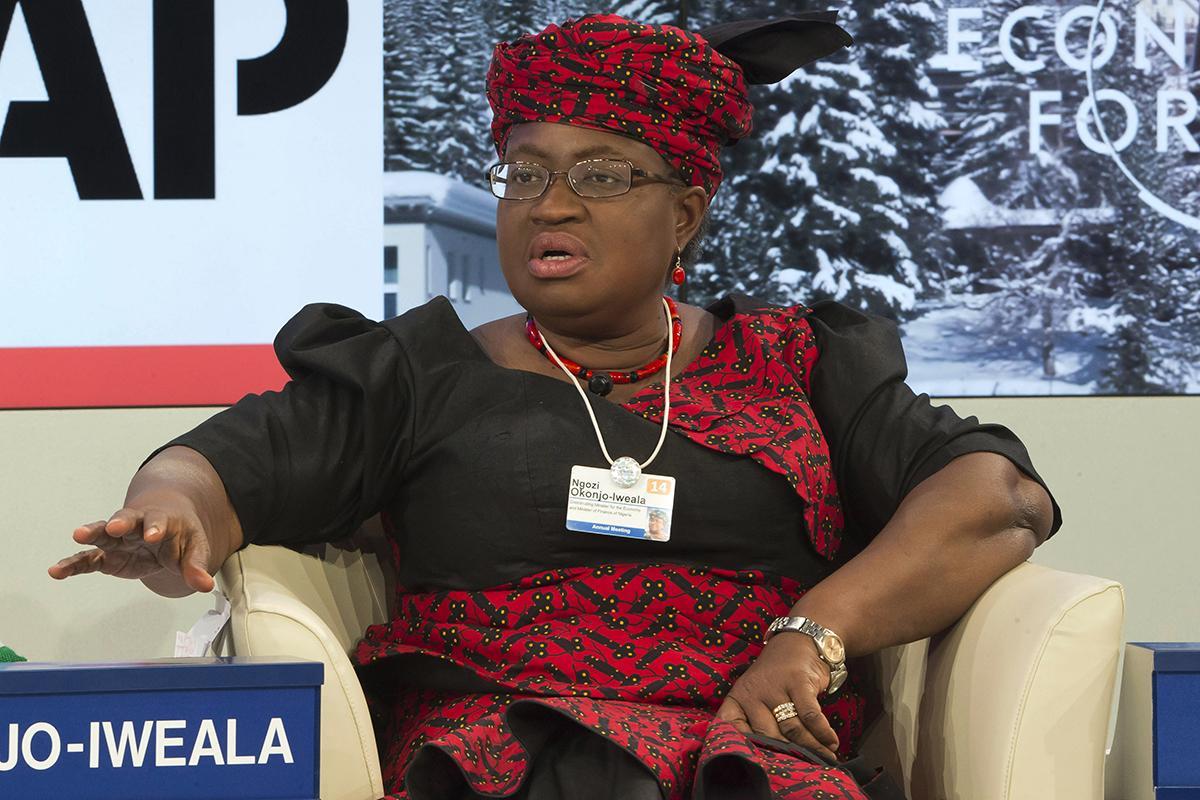 Nigerian economist Ngozi Okonjo-Iweala will take office as the head of the World Trade Organization on March 1. She will be the first woman and first African to lead the agency. The 66-year-old said her first priority would be to address the economic and health fallout of the pandemic and to “implement the policy responses we need to get the global economy going again.”

Okonjo-Iweala holds an American citizenship and earned degrees from Harvard and the Massachusetts Institute of Technology. She served twice as the Nigerian finance minister and briefly as the country’s first woman foreign minister. She worked for about 25 years as a development economist at the World Bank.

Okonjo-Iweala’s appointment to head the 164-member body sailed through after U.S. President Joe Biden endorsed her candidacy, a reversal from President Donald Trump. Trump had accused the WTO of treating the United States unfairly and threatened to withdraw from the body. The United States has also long opposed the organization’s bureaucracy and argued it is incapable of handling problems posed by China.

Okonjo-Iweala said lack of trust among members is an issue she needs to tackle: “Our organization faces a great many challenges but working together we can collectively make the WTO stronger, more agile, and better adapted to the realities of today.”—O.O 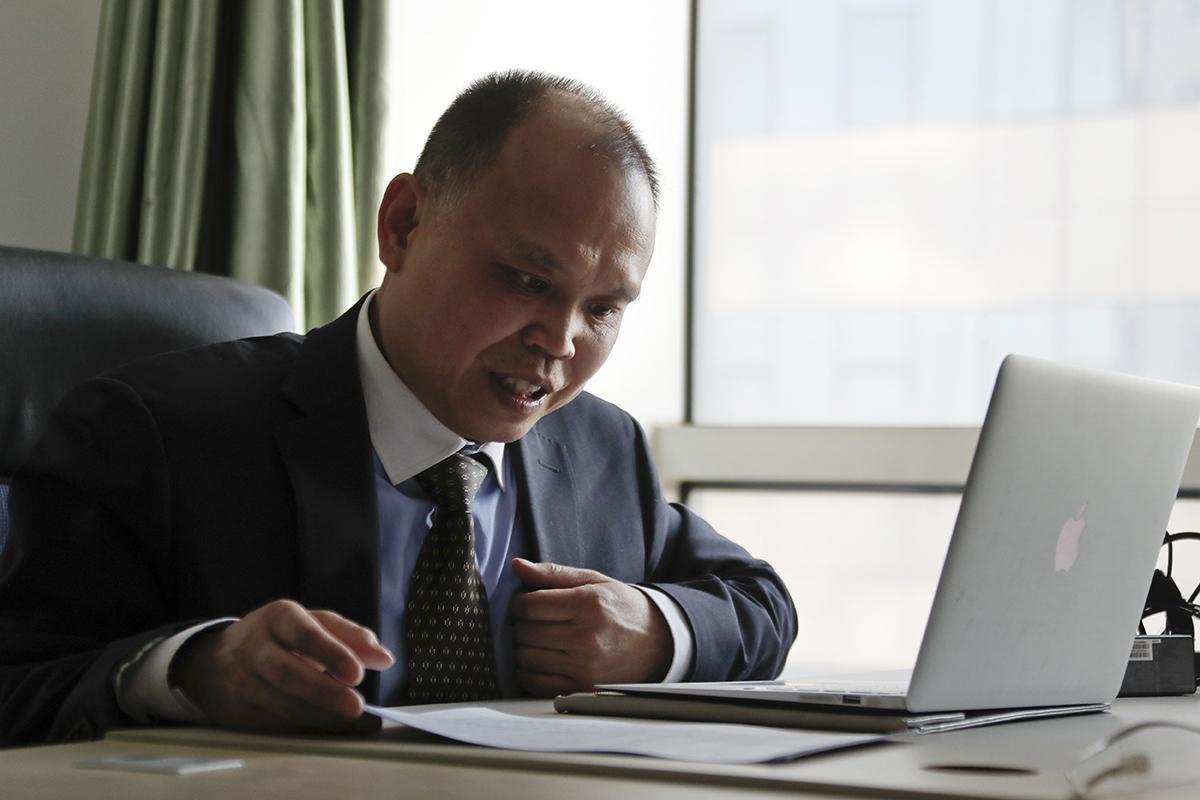 Last week, the board of The Martin Ennals Foundation—named after the former secretary-general of Amnesty International—selected Chinese lawyer Yu Wensheng for its international human rights award. The foundation praised him for defending other human rights lawyers, including Wang Quanzhang.

Chinese authorities detained Wensheng in January 2018 after he published an open letter calling for democratic reforms. He began serving a four-year sentence in June 2020 after a regional court found him guilty of “inciting subversion.”

“It is an honor for my husband, but also an encouragement to all Chinese human rights defenders to pursue their work despite the hardships,” Wensheng’s wife, Xu Yan, said after his nomination.

Other finalists include Loujain al-Hathloul, a Saudi Arabian women’s rights activist who spent nearly three years in prison, and Soltan Achilova, a journalist who documents rights violations in Turkmenistan. —O.O.

The European Space Agency this week announced its first recruitment drive for astronauts in 11 years. The ESA said applications for four to six positions will be open from March 31 until May 28.

The agency plans to boost its diversity and encouraged women and people with disabilities to apply. Astronauts need to have a master's degree in engineering, mathematics, natural science, or computer science, along with three years of post-graduate work experience. —O.O.