Last week, actress Crystal Liu Yifei, who stars in the film, charged into the debate over the clash between Hong Kong police and pro-democracy protesters. “I support Hong Kong’s police, you can all attack me up now,” Liu wrote to her 65 million followers on Weibo, the Twitter-like, Chinese government–sanctioned social media platform. The Chinese-born American actress shared a meme quoting Fu Guohao, a Chinese state journalist Hong Kong protesters bound and beat up, saying “What a shame for Hong Kong,” with #IAlsoSupportTheHongKongPolice.

Supporters of the Hong Kong democracy movement quickly started a #BoycottMulan campaign that was trending on Twitter by Friday. The movie is not set to release until March 2020. Some protesters have indicated they might stage a sit-in at the Hong Kong Disneyland as early as this weekend.

Meanwhile, official Chinese news outlets publicly praised Liu, promoting a separate #SupportMulan campaign and slogans like “Defend justice, support Mulan.” On Monday, Twitter and Facebook announced they had deleted 200,000 fake social media accounts from their platforms, including hundreds associated with the Mulan boycott, to combat what they called a Chinese government–backed misinformation campaign to discredit the Hong Kong protests.

Since June, millions of Hong Kong residents have protested Beijing’s encroachment on the territory’s semiautonomous status. The protests began in response to a bill that would have made it easier to expedite criminal suspects to mainland China, but demonstrations only intensified after the government cracked down and police used force against the young protesters.

Now Mulan, a movie about a Chinese warrior fighting injustice, is becoming a mascot for the world’s biggest communist regime. Disney, so far, has remained silent about the controversy. Siding with Hong Kong’s protesters would jeopardize its growing stake in China’s entertainment industry, which accounted for 22 percent of the studio’s $2.8 billion in worldwide ticket sales for the recent box-office hit Avengers: Endgame.

“Disney can’t support the protesters because their business in China is too important,” Stanley Rosen, a professor at the University of Southern California who specializes in the Chinese entertainment industry, told The Hollywood Reporter. “But they obviously can’t be seen as pandering too much to China either … that could backfire as well, depending on how the situation in Hong Kong unfolds.”

Indeed, the Beijing-aligned Global Times warned Disney it “simply cannot afford the consequence of disrespecting Chinese people’s feelings,” and if the studio removes Liu from Mulan, it “will lose a potential 1.4 billion Chinese audience.”

Those public pronouncements are part of a growing wave of celebrities and companies facing pressure to toe the line politically for mainland China due to its massive lucrative market. Liu and others also represent a surge of patriotism among young Chinese who have been fed pro-communist propaganda.

“If things polarize even further in Hong Kong and China resorts to even greater violence to assert its authority, it will become much harder for [Disney] not to get dragged into it,” Rosen said. 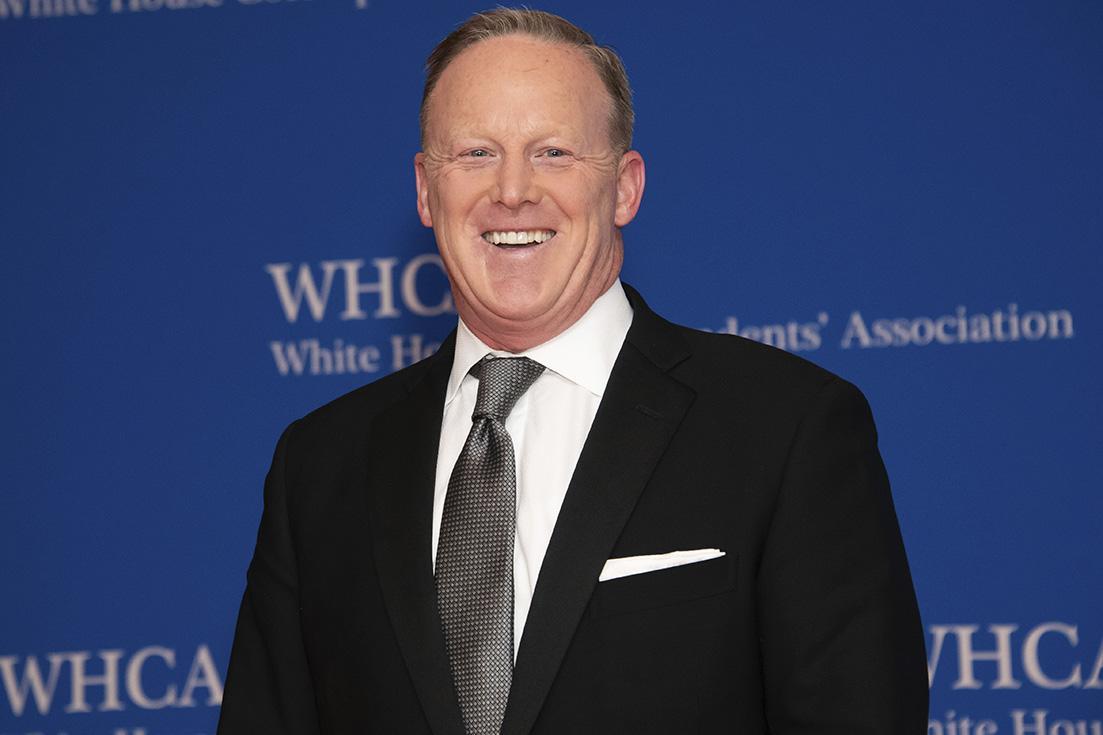 Former White House press secretary Sean Spicer joins the next cast of ABC’s Dancing With the Stars, and he “may or may not be treating this like a campaign,” he told the hosts of a Washington, D.C., radio show. “We’ve got people we know on lists of supporters on email that have bought my book or have stayed in touch through my website SeanSpicer.com, where people can sign up. … So that they understand, here’s when the voting opens, here’s the number you call, etc., etc.”

A vocal internet mob has skewered ABC for casting the politically divisive Spicer, a key White House figure during the early “fire and fury” days of the Trump administration. Anti-Trump Twitter pundits accuse the television network of “rewarding,” “elevating,” and “normalizing” Spicer. But anyone who thinks that going on Dancing With the Stars elevates a celebrity’s career has been reading fake news. For most participants, it’s the last stop on the way to obscurity. —Lynde Langdon

The team of brothers behind the Christian flicks Fireproof, Courageous, and War Room have a new feature premiering this weekend, Overcomer. Based on the trailer, the film looks to have the same premise as the Kendrick brothers’ 2006 movie, Facing the Giants: A middle-aged, semi-depressed high school coach, played by Alex Kendrick, tries to reinvigorate a struggling sports team with the help of God—but this time the team is a single cross-country runner, not a football squad. Since Facing the Giants came out more than a decade ago—before iPhones, Twitter, or Obamacare came into being—it makes sense to give the story a makeover. The Kendricks are known for high production value, and their latest movie, War Room, grossed $74 million worldwide and was the No. 1 film at U.S. box offices the second weekend it was out. —L.L.

Nice work if you can get it

A former employee of actor Robert De Niro could owe big bucks after allegedly watching 31 hours of Netflix in eight days while on the clock. De Niro’s Canal Productions is suing the former vice president, Chase Robinson, for mismanaging tens of thousands of dollars. The lawsuit accuses her of cramming in 55 episodes of Friends during work hours one week and 30 episodes of Arrested Development and Schitt’s Creek another. She also spent loads on fancy meals, Uber rides, and groceries at Whole Foods. The suit seeks $6 million in damages. —L.L.