Clueless on the origin of life

A chemist breaks down the problems with the research 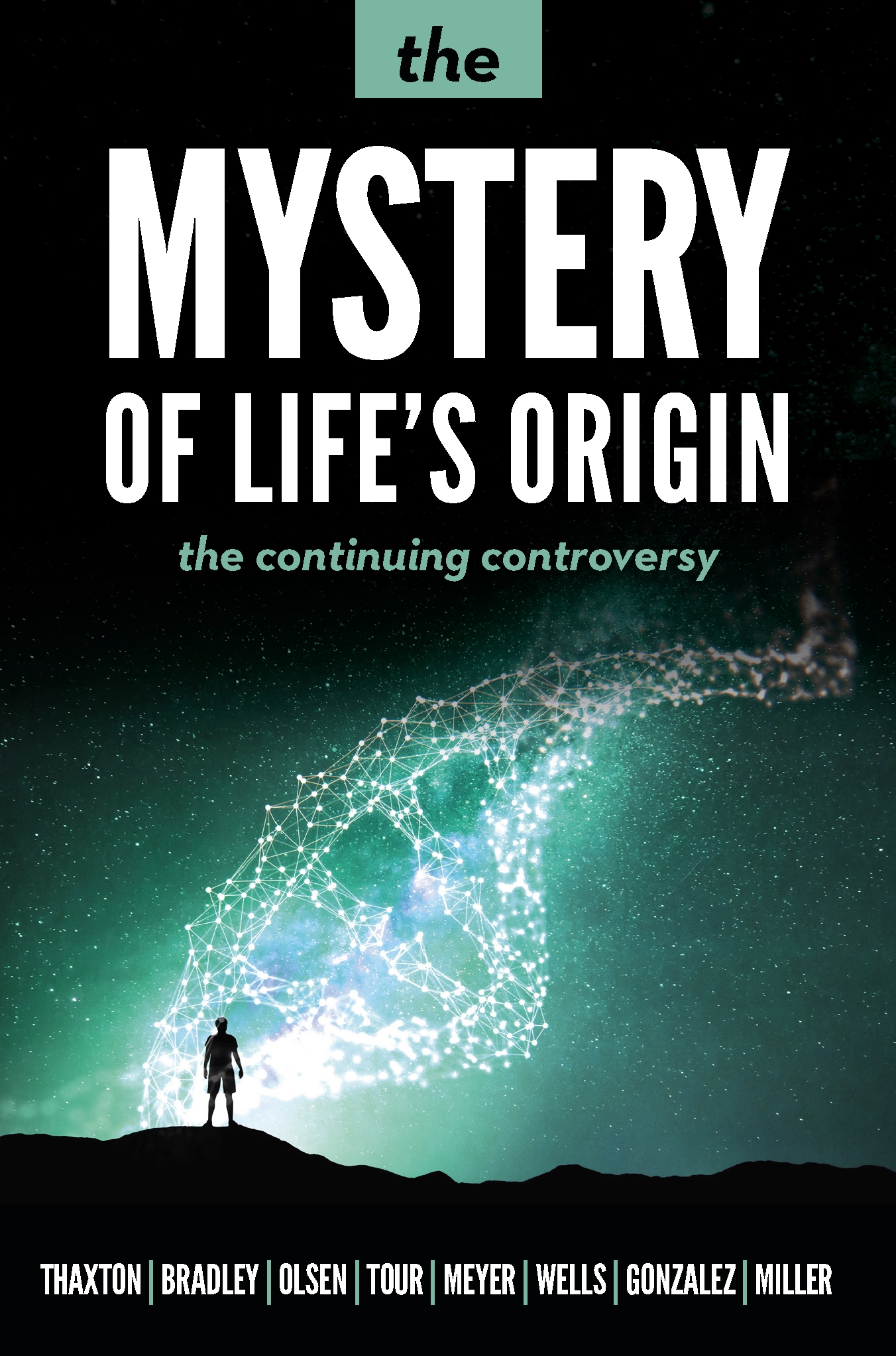 The Mystery of Life’s Origin: The Continuing Controversy, WORLD’s 2020 accessible science book of the year, is two books in one: a classic that in 1984 provided the base for the intelligent design movement of the 1990s, and a series of newly written, cutting-edge chapters that set the stage for a Roaring 20s decade of scientific advance. In the first of the new essays, excerpted below courtesy of Discovery Institute, Rice chemistry professor James Tour explains the deep inadequacies of current origin-of-life research. He also appropriately ridicules reporters who fall for media hype about purported progress. —Marvin Olasky

Organisms have well-defined molecular assemblies, redox potentials across membranes, and metabolic pathways—all operating in exquisite states that we call “life.”

Chemistry, by contrast, is utterly indifferent to whether anything is alive or not. Without a biologically derived entity acting upon them, molecules have never been shown to “evolve” toward life. Never.1

While organisms exploit chemistry for their own ends, chemicals have never been seen to assemble themselves into an organism. Origin-of-life research keeps attempting to make the chemicals needed for life, and then to have those assemble toward something to which they are inherently indifferent. But try as they might, without preexisting life no researchers have ever seen molecules assemble into a living cell, or anything even remotely resembling a living cell. Contrary to the hyperbole of press reports, any synthetic molecularly derived structures that have been touted as being cell-like are in reality far from it. This situation might change in the future, but it is unlikely to change under the current course of research. Scientists have no data to support molecular “evolution” leading to life. The research community remains clueless.

Many scientists and professors who are outside boutique origin-of-life circles have been led astray by researchers’ claims and the subsequent press, thinking that far more is known about life’s origin than really is known. This has affected the highest seats in the academy where even some science professors confuse origin of life with biological evolution. Like a muddy prebiotic cesspool, confusion abounds in the academy.

Two-thirds of a century since the 1952 Miller-Urey experiment, where some racemic amino acids were formed from small molecules and an electrical discharge, the world is no closer to generating life from small molecules—or any molecules for that matter—than it was in 1952.2 One could argue that origin-of-life research is even more befuddled now than it was in 1952 since more questions have evolved than answers, and the voluminous new data regarding the complexity within a cell makes the target much more daunting than it used to be.3

Consider what has occurred in other fields in the past sixty-seven years since Miller-Urey performed their experiments: human space travel, satellite interconnectivity, unlocking DNA’s code and its precise genetic manipulation, biomedical imaging, automated peptide and nucleotide synthesis, molecular structure determination, silicon device fabrication, integrated circuits, and the internet, to name just a few.

By comparison, origin-of-life research has not made any progress whatsoever in addressing the fundamental questions of life’s origin. Two-thirds of a century and all that has been generated are more suggestions on how life might have formed—suggestions that really show how life probably did not form. Nothing even resembling a synthetic cellular structure has arisen from its independent components, let alone a living cell. Not even close.

Origin-of-life research has not made any progress whatsoever in addressing the fundamental questions of life’s origin.

In 1775, the French Academy in Paris refused to entertain any further proposals for perpetual motion machines; the devices just did not work as advertised.4 No one knew why not—the mature science of thermodynamics, which gave us a theoretical account for why the perpetuum mobile schemes failed, lay nearly one hundred years in the future—but the machines clearly failed. Today we need a French Academy-like directive toward origin-of-life proposals; for, like perpetual motion machines, such proposals just do not work as advertised. Instead we should explore why scientists have failed to produce life. Clearly life can exist—unlike perpetual motion machines, we have the ubiquity of life surrounding us on this planet. But there needs to be a wholly different scientific approach to reveal life’s origin.

This is an appeal to the origin-of-life research community: Step back and consider the claims within the research, the true state of the field, the retarded state of the science relative to other research areas, and the confusion or delusion of the public regarding life’s origin. Many researchers in origin-of-life organic synthesis are superb scientists. However, overly confident assertions, exaggerated and spread by the over-zealous press, have led to gross public misconceptions regarding what is and is not known concerning the beginning of life.

We will now turn to an exploration of the two main classes of origin-of-life science: chemical synthesis and molecular assembly. After a brief summary of each, the two classes of experiments will be considered separately in depth.

First, the chemical synthesis of the four molecule types for life: nucleotides, carbohydrates, proteins, and lipids. Nucleotides are composed of a trimeric nucleobase-carbohydrate-phosphate combination, and once polymerized, constitute DNA and RNA. Five different nucleobases comprise the primary alphabet for DNA and RNA. The nucleotides and their subsequent DNA and RNA structures are homochiral, meaning that they exist as one mirror image form and not the other, yielding one of two possible enantiomers.

Lipids are dipolar molecules having a polar water-soluble head and a non-polar water-insoluble tail. They too are most often homochiral.

Carbohydrates, in addition to being part of the backbone of DNA and RNA using their 5-carbon containing versions, also use 6-carbon containing structures. Cells live on carbohydrates for energy, and carbohydrates, along with proteins, are identification-receptors wherein some regulation on and within cells is controlled. Carbohydrates are also homochiral, and their polymeric forms take on tertiary homochiral shapes. Origin-of-life efforts have spent much time trying to make these four classes of molecules and their polymers, starting from simple chemicals that were presumed to be available on the prebiotic earth, such as formaldehyde, hydrogen cyanide, and carbonates.

The second class of experiments that are performed in origin-of-life research deal with the assembly of the molecules. For example, when lipids are added to water and subjected to shear forces, they can form spherical bilayer vesicles. These vesicles have the lipid polar ends pointing inward and outward toward the water on the inside and outside of the vesicle, respectively, and the nonpolar tails pointing toward each other and away from the water phases. Sometimes researchers will add other compounds to the water that become engulfed when the bilayer vesicles form. In order to obtain a cell, molecules must precisely assemble into many higher-order structures.

Chemical synthesis experiments in origin of life can be summed up by a protocol analogous to this:

Even professors have been misled by this. Nor do the scientists themselves understand anything more about life’s origin than they did before they performed their experiments, because their experiments offer no solution to the fundamental questions needed for a path to life.

How can the results be published if there is nothing new regarding life’s origin? Because this becomes the norm in the field—there are no expectations of addressing grander questions. Reviewers are of the same mind, believing this is the best that can be done. Journal editors have been numbed to believe the same, and to ignore unjustified claims regarding the origin-of-life implications. Some published work contains chemistry which is pedestrian, while other papers show remarkably ingenious routes to these molecular classes starting from simple chemicals—but in every case, fundamental questions of life are not addressed. Thus the field stagnates for two-thirds of a century while other areas of research make quantum leaps that advance humankind.

Their experiments offer no solution to the fundamental questions needed for a path to life.

Here is a recent example of such a scenario of simple chemistry and the hyperbole that follows. In 2019, Laura Barge and coworkers at NASA Jet Propulsion Laboratory, the California Institute of Technology, and the Oak Crest Institute of Science simulated an undersea hydrothermal vent. Heating an aqueous solution of pyruvate to 70°C and introducing ammonia and iron hydroxides while limiting oxygen, they observed simple reduction and reductive amination to stereo-scrambled lactate and alanine, respectively.

Those are such simple reducing reactions that the chemistry is certain and therefore wholly unremarkable. Yet the authors write, “This shows that aqueous, partially reducing iron mineral systems (which would have been common in early-Earth seafloor/vent environments) could have facilitated synthesis and concentration of prebiotic organic molecules relevant for the emergence of life.” 5

The NASA press office then had a field day with this result, titling their article “NASA Study Reproduces Origins of Life on Ocean Floor” and writing, further, “Scientists have reproduced in the lab how the ingredients for life could have formed deep in the ocean 4 billion years ago. The results of the new study offer clues to how life started on Earth and where else in the cosmos we might find it.”6 The press cut and pasted from the NASA press release, resulting in a blitzkrieg of deeply misleading news.

Although the chemistry of this experiment is less complex and less interesting than that of the 1952 Miller-Urey experiment, it was published in the Proceedings of the National Academy of Sciences, a superb scientific journal. This underscores that journals themselves are complicit in continuing this sort of rudimentary experiment claiming to be suggestive of life’s origin. Unlike the far more sophisticated synthetic chemistry of origin-of-life leaders like John D. Sutherland, the work by NASA is nonsensically simple—so in that sense, much like the prebiotic earth would have been. 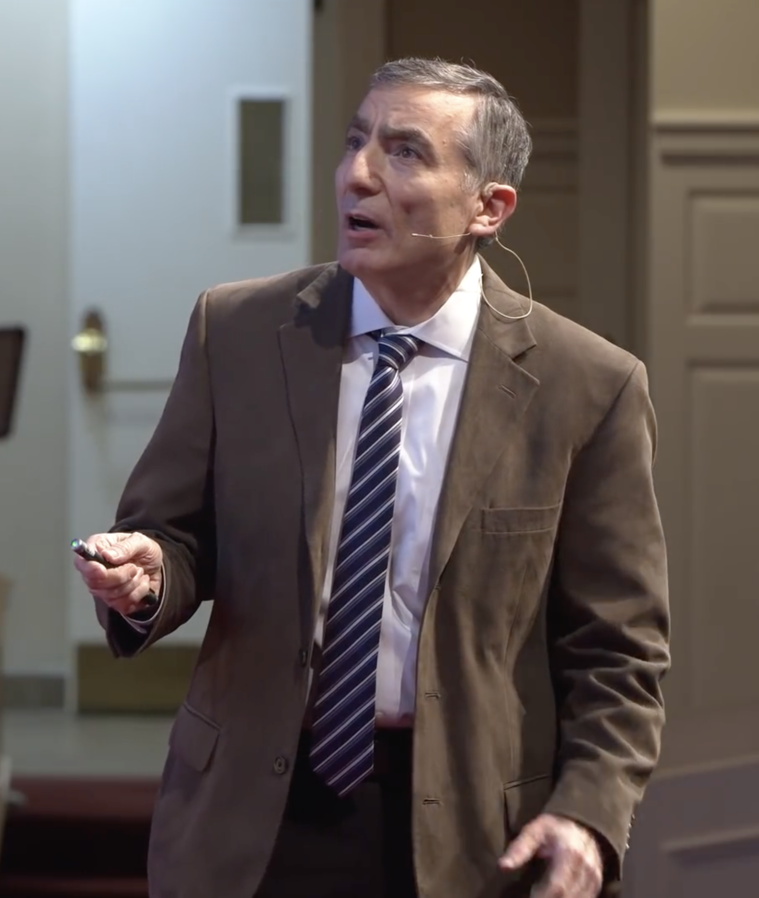 Unlike the artless 2019 NASA experiment, most origin-of-life researchers today put far more precision into their protocols to make more elaborate arrays of stereo-scrambled intermediates. One could easily argue, therefore, that the researchers are moving further from the heart of abiogenesis since they are filling the protocols with the best of their intellectual training to coax molecules into the form that the researcher desires. Yet even with all that intellectual input, the origin-of-life researchers overcome few if any of the hurdles … that need to be considered when dealing with chemical synthesis experiments common to all origin-of-life protocols that are being published.

James Tour is the T. T. and W. F. Chao professor of chemistry, professor of computer science, and professor of materials science and nano-engineering at Rice University. A synthetic organic chemist, he has served on the faculty of the University of South Carolina and as a visiting scholar at Harvard University. Tour has over 700 research publications and over 130 patent families.

This is only about 1/3 of the chapter from the book which is exceptionally good -- especially Tour's comparison of origin of life research to medieval alchemy. Yes, they are similar in more ways than you would think. BTW, the footnotes are not numbered correctly.