Boy or girl? A surprise discovery

Scientists used to tout “junk” DNA as useless debris leftover from evolution, but a recent study shows that the microscopic strands hold another surprise: the power to determine sex.

Researchers from the Francis Crick Institute used a genetic technique to remove a small section of noncoding DNA from male mice embryos. As the mice developed, they grew ovaries instead of testes. It’s not the first time researchers have experimented with sex reversal in mice, but it’s the first time they’ve done so by tampering with noncoding DNA instead of the kind of DNA that creates proteins.

Only about 2 percent of human DNA is “protein-coding.” It’s in charge of creating the proteins that govern the functions and shapes of cells that make up tissues and organs. The other 98 percent of DNA is “noncoding,” and although its full purpose remains unclear, many sections are in charge of switching certain genes on or off.

Some noncoding DNA acts as an “enhancer,” telling another section of DNA to jump-start production of a certain protein at just the right time for the embryo to develop as male. When Nitzan Gonen, lead author of the recent study, deleted one particular enhancer, the results shocked her: “Typically, lots of enhancer regions work together to boost gene expression. … [We] were really surprised to find that a single enhancer by itself was capable of controlling something as significant as sex.”

The findings, published this month in Science, could help explain human sex development disorders, at least half of which have an unknown genetic cause. Gonen also noted the crucial role of “junk” DNA: “If a single enhancer can have this impact on sex determination, other non-coding regions might have similarly drastic effects.” 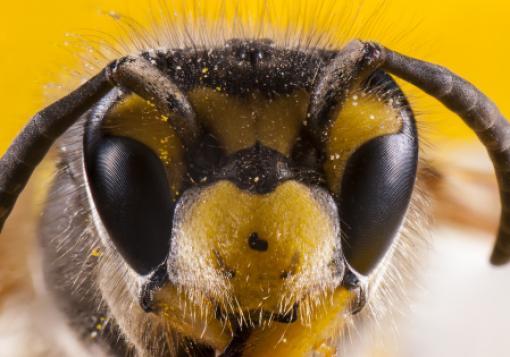 Are bees capable of thinking like humans? One new study speculates that honeybees are capable of understanding the concept of zero and, by extension, abstract thought.

In the study, which appears in Science, Australian and French researchers trained 10 honeybees to choose the smaller of two numbers by presenting them with pairs of cards, each with a different number of shapes on it. When the bees chose the card with fewer shapes, the researchers rewarded them with sugar water.

Then they put out new cards: one with a single black shape, the other blank. The bees chose the blank card 64 percent of the time. The researchers heralded that as proof that the insects comprehend nothingness as a numerical value, just like the numbers two or four. They call this “zero processing,” an ability once thought to belong only to humans, but also credited to monkeys and birds.

Since zero is an abstract concept that forms the basis of mathematics, researchers laud this finding as one that could have implications for artificial intelligence. Because bees have such tiny brains—just 1 million neurons as opposed to 100 billion neurons in a human—the ability to recognize zero may indicate that complex processing abilities aren’t necessary to do complex math.

However, bee cognition researcher Clint Perry is skeptical, noting that there could be other explanations for the bees’ behavior. “The more parsimonious explanation for the results is the bees were using ‘reward history’ to solve the task—that is, how often each type of stimulus was rewarded,” he told Smithsonian.

Neurosurgeon and intelligent design advocate Michael Egnor isn’t convinced either. “Abstract thought is an immaterial power of the soul, and only human beings have immaterial souls,” he wrote at Evolution News & Science Today. “Only human beings are capable of abstraction.” —A.J. 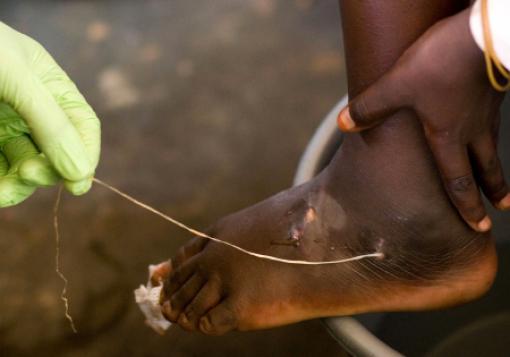 War against the Guinea worm

“I’d like for the last Guinea worm to die before I do,” former President Jimmy Carter said when announcing his cancer diagnosis in 2015.

Last year, the Carter Center was tantalizingly close to seeing his wish come true: Its partners had reduced Guinea worms infections by 99.99 percent—from an estimated 3.5 million cases in 1986 to only 30 cases in two countries. If eradicated, the Guinea worm would become the second disease to be wiped out after smallpox, and the first parasite.

The Guinea worm infects people through contaminated water. After a year’s incubation, the 3-foot long female worm emerges through painful sores on the feet, legs, back, or genitals. The infection incapacitates for weeks, making it difficult for villagers to work and care for their families. This means large-scale outbreaks are economically crippling to already poor communities.

Eradication depends on prevention, as there is no effective vaccine. The parasite cannot survive without hosts, so workers train locals to strain water through filters, apply larvicide to ponds, and keep infected people away from water sources.

The problem of infected dogs in Chad was first detected in 2012. Last year, more than 800 dogs were infected. Dogs cannot directly infect humans, but they can carry the disease back to water sources.

Scientists like Ernesto Ruiz-Tiben, director of the Guinea Worm Eradication Program, are searching for solutions, noting the need to learn how the dogs become infected. Fish and frogs are suspect. Ruiz-Tiben and others have so far rejected the idea of killing the dogs en masse.

“Our credo is, ‘We’ll be standing until the last worm goes,’” said Ruiz-Tiben. —Harvest Prude

On Monday, the U.S. Food and Drug Administration for the first time approved a prescription drug made with marijuana plant extracts. GW Research produced the drug Epidiolex to help children suffering from Lennox-Gastaut syndrome and Dravet syndrome, severe forms of epilepsy with few treatment options. Epidiolex is the first FDA-approved drug to treat Dravet syndrome.

The Drug Enforcement Administration classified marijuana extracts as “drugs with no currently accepted medical use and a high potential for abuse” in a ruling that became effective January 2017. Now that the FDA has approved a medicine containing one of those substances, the classification will have to change.

“We’ll continue to support rigorous scientific research on the potential medical uses of marijuana-derived products,” the FDA said in its press announcement. “But, at the same time, we are prepared to take action when we see the illegal marketing of CBD-containing products with serious, unproven medical claims.”

On Tuesday, Oklahoma residents voted to legalize medical marijuana in their state, joining dozens of other states that have already done so. Nine of those states and the District of Columbia have also legalized recreational marijuana.

Despite legal uncertainties surrounding marijuana, which the federal government still considers a controlled substance, doctors have prescribed CBD oils to treat depression, cancer, menstrual cramps, and acne, among other things. Consumers buy CBD products ranging from wellness lotions to CBD lattes. The U.S. hemp industry, which uses a plant from the same family as marijuana, “is poised to reach a $1 billion dollar market in 2018 led by hemp-derived CBD, food, personal care and industrial products,” according to the Hemp Business Journal. —Charissa Crotts

Anna is a news and feature reporter for WORLD Radio and WORLD Watch. Anna is a graduate of World Journalism Institute and Thomas Edison State University, and before becoming a journalist, she taught speech, debate, history, writing, and musical theater. Anna resides in Chicago, Ill.