On Tuesday afternoon, Boutros Wehbe sat inside the Beirut office of Horizons International ministry with no power. His phone battery had only 20 percent charge left, and he was uncertain when he could charge it next.

“The situation is miserable,” said Wehbe, the ministry’s field director, noting how it had crippled poorer communities.

Hourlong blackouts are already common in Lebanon, a country that has battled an economic crash since 2019. But last Saturday, the barely functional Zahrani power plant shut down for the entire day. Lebanon partially restored electricity a day later, but that did little to resolve the larger crisis for residents.

The state electricity company said the plant in southern Lebanon shut down due to a fuel shortage. The Deir Ammar plant in the north also stopped operating last week. Electricity returned after the army provided 1.6 million gallons of fuel from its stocks, creating a temporary fix.

The energy sector had been teetering toward collapse in recent weeks, patched up by deals with other nations. Authorities received a fuel shipment from Iran through Syria in September after brokering a deal with Hezbollah, an Islamic militant group in Lebanon. Jordan agreed last week to supply Lebanon with electricity, also through Syria, while Egypt will provide natural gas to its power plants through Jordan and Syria. On Monday, the country lost nearly 66,000 gallons of gasoline after a fire broke out in Zahrani as workers transferred gasoline into another storage tank.

The energy crisis spiraled in August when the central bank decided to end fuel subsidies due to economic struggles. The nation’s currency has lost up to 90 percent of its value since 2019, aggravating inflation and unemployment. A new government led by Prime Minister Hassan Diab assumed power after a three-month political vacuum, but protesters turned out to decry Hezbollah’s involvement, which they say squashes any hope for reforms.

More than 70 percent of Lebanon’s 6 million people now live in poverty. Many families can no longer afford to fuel private generators. Residents are still reeling from the effects of the port explosion last year in the capital city of Beirut that killed more than 200 people, injured 7,000, and left about 300,000 homeless. On Thursday, at least six people died and more than 30 others sustained injuries when a Hezbollah-led rally demanding the removal of the explosion’s lead investigator turned violent.

At the Rafik Hariri University Hospital in Beirut, clinical nursing supervisor Salem al-Akoum told Al-Jazeera the hospital often runs out of syringes, tissues, and other amenities.

“We have to ration drugs and spend our time looking for painkillers and aspirin,” al-Akoum said.

Wehbe said several well-known stores in Beirut shut down as customers continued to lose their purchasing power. The crisis has also affected his organization, which includes a school and  other types of physical and spiritual assistance to mostly refugee communities. Wehbe said Horizons is working on installing solar panels at the Beirut office.

Needs are also increasing among the communities they serve. In Bekaa Valley, a cold, eastern region where more than 300,000 Syrian refugees have set up camp, Wehbe said many people can’t afford the diesel they need to run heaters. Last week, Wehbe and a team provided tarps for the refugees’ tents to give extra cover from the rains.

“We haven’t experienced this situation even during the civil war,” he said. “People are dying from starvation.”

Makram Rabah, a history lecturer at the American University of Beirut, explained that years of corruption and mismanagement have left the country’s power grid in shambles. Rabah said the country needs systematic structural reforms to avoid further collapse.

“The only way to fix this is to stand up to the ruling establishment and to Hezbollah and to reclaim sovereignty,” he said. “Without sovereignty and the rule of law, we can’t really go into the details of any economic reform.” 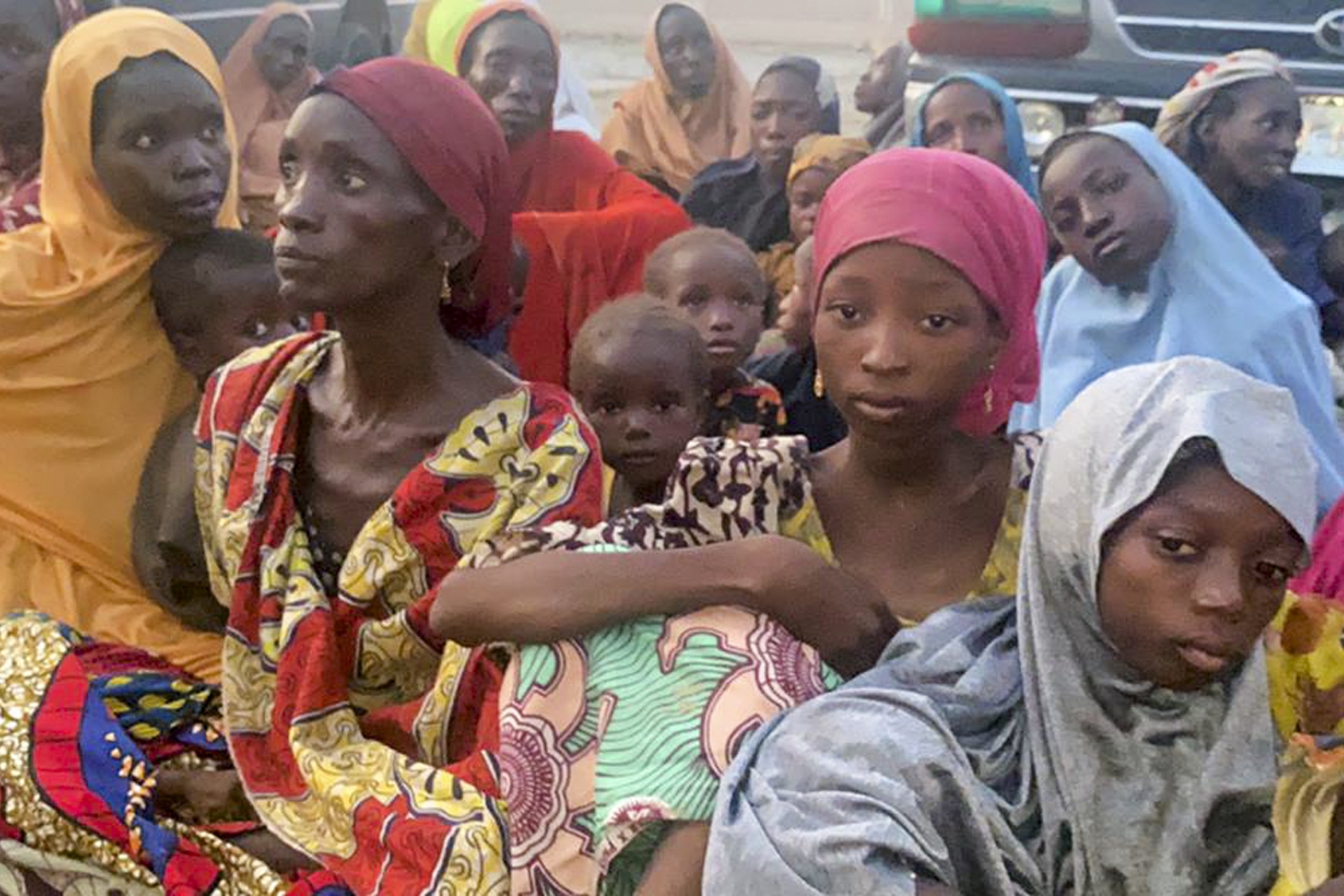 Kidnapped and rescued in Nigeria

Six women and nine children abducted from churches in northeastern Nigeria successfully escaped extremist militants this week. They trekked for six days out of a forest in neighboring Yobe state before making it to the town of Damboa in Borno, state Gov. Babagana Zulum said on Monday. Their captors abducted them from Borno and Adamawa states in two separate incidents in October last year and May this year. 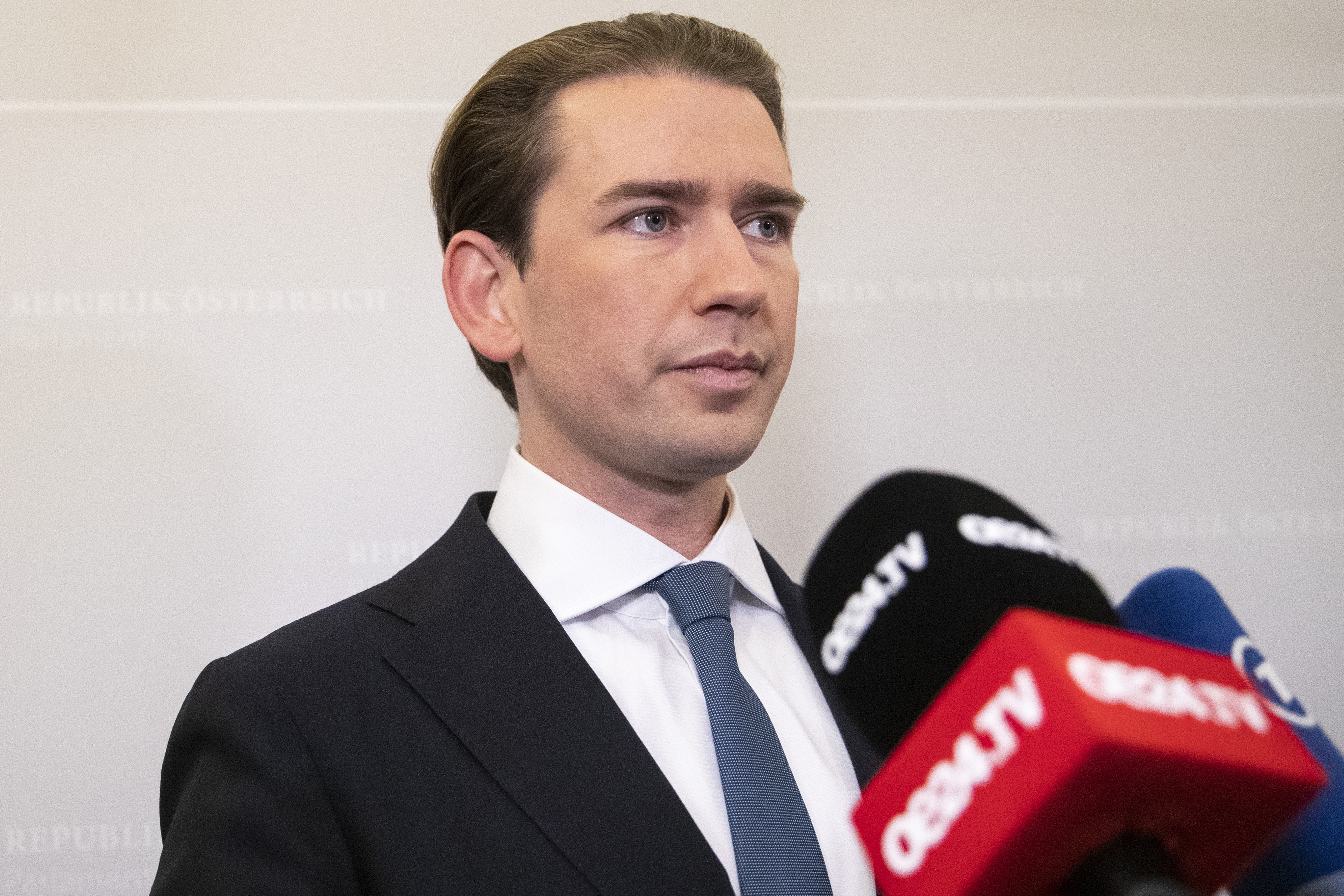 Austrian Chancellor Sebastian Kurz resigned last weekend after he was implicated in a corruption probe.

Kurz denied any wrongdoing but said he was stepping down “to prevent chaos.” He nominated Foreign Minister Alexander Schallenberg to replace him. Kurz will remain head of the party and a member of Parliament.

The 35-year-old conservative was a rising star of Europe’s center-right. Germany’s Christian Democrats looked to his personality-driven leadership style as a model to revive the party after a historic election loss last month. —O.O.

A Colombian Franciscan nun held hostage by extremists in Mali since 2017 has regained her freedom, Malian authorities said over the weekend.

Sister Gloria Cecilia Narvaez was working as a missionary at a parish at Koutiala, 250 miles east of the capital city of Bamako, when extremists abducted her on Feb. 7, 2017. One of her colleagues, Sister Carmen Isabel Valencia, said Narvaez offered herself in place of two younger nuns the kidnappers wanted to take. “I am very happy, I stayed healthy for five years, thank God,” Narvaez said.

Malian interim leader Col. Assimi Goita welcomed her release and said efforts are ongoing to secure the release of other hostages. Mali has battled since 2012 to contain an insurgency that began in the country’s North and spread to other neighboring countries, including Niger and Burkina Faso. —O.O.

HezbAllah is corrupt and the Lebanese government is incompetent. The end.