Christians must to oppose culture trends that violate Biblical ethics 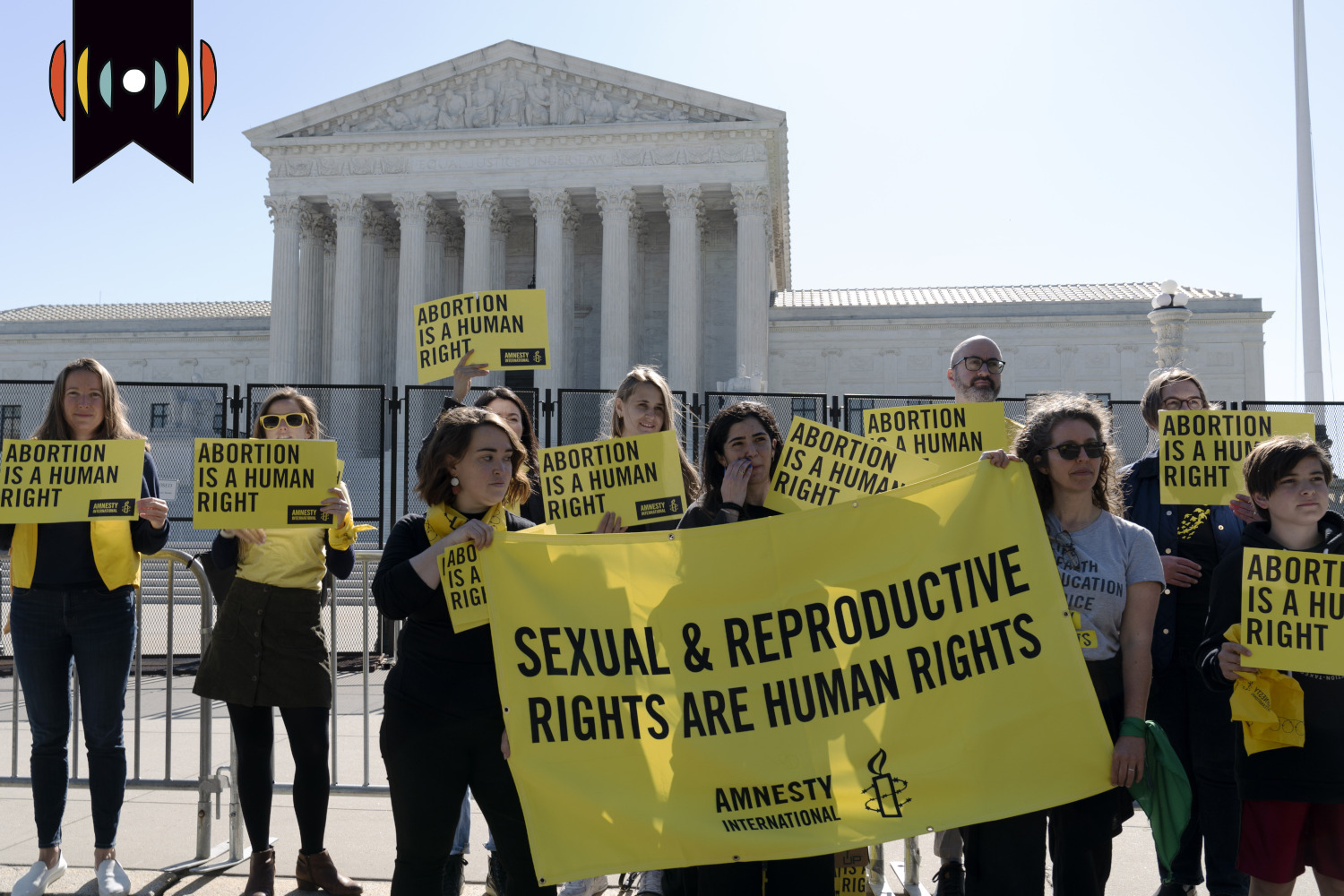 MYRNA BROWN, HOST: It’s Friday, May 13th, 2022. Glad to have you along for today’s edition of The World and Everything in It. Good morning, I’m Myrna Brown.

He’s a professor of Christian ethics and apologetics at Southern Seminary and managing editor of WORLD Opinions. Good of you to join us today, Andrew!

ANDREW WALKER, GUEST: Nick, it's great to be with you and it's fun to work alongside you here at WORLD.

Well, this week, lots of news on the pro-life front—so much of it the result of the leaked opinion from the Supreme Court that if the majority holds would reverse Roe vs. Wade.

So the most recent news is that the Senate made a show of trying to lock in Roe vs. Wade by holding a vote on a bill that would do that. Now, supporters seemingly conceded the effort was just a show vote because of all the talk leading up to it that they wanted to put all senators “on record”—either for or against Roe—and it never stood a chance of winning a filibuster-proof 60 votes ended up not even getting a simple majority.

Let’s listen to the Senate Majority Leader. This is Senator Chuck Schumer of New York.

SCHUMER: We are going to continue to highlight this issue relentlessly and strongly between now and November, because it is so important. Elect more MAGA Republicans if you want to see a nationwide abortion ban. Elect more pro-choice Democrats, if you want to see the right to choose a woman's freedom available from one end of the country to the other.

EICHER: The Democratic leadership really seems to see this as a political winner, even though the only bipartisan vote was to reject the Roe vs. Wade bill—all 50 Republicans against, including no votes from the handful of pro-abortion Republicans. So that fifty, plus one pro-life Democrat in Joe Manchin of West Virginia. Manchin’s the one outlier and the other Democrat known as pro-life, Robert Casey of Pennsylvania, he flipped pro-abortion and voted with the party. So it’s really shaping up as a partisan issue, isn’t it?

WALKER: Yeah, so I appreciate that question. And what's really interesting to me about this particular moment is it shows you how there really is no longer any third way or middle path to strike on this issue. And if you were to go and read the actual proposed language in this bill, it's as radical as radical can get. The days of safe, legal and rare are entirely gone. It's now to the point of shout your abortion. And so I think, you know, we ought to as Christians regret that there is any party that would go so far as to attempt to codify this into a federal statute. This isn't to say the Republican Party is the Christian party, there's plenty to critique the Republican Party about as Christians, but it is to say that on the abortion issue, there is very much a categorical asymmetrical difference between what the two parties represent. And these aren't just political positions. These are fundamental worldview presuppositions I always like to talk about how the middle path between religion and politics is ethics. And I teach ethics here at Southern Seminary. And I think it's important to realize that when we think about translating our convictions as Christians from our Christian faith into politics proper, we are going to politics through the lens of ethics, under the belief that Christian scripture, Christian history has spoken clearly on what it is Christians believe. And one of the most seamless threads in church history is the reality of Christianity being pro life. In fact, one of the earliest documents post New Testament and early Christian document called the Didache. It specifically prohibits the idea that people should procure an abortion, in the language of the Didache. And so here we are 2000 years later. We shouldn't be altogether that surprised that these debates resurface. The early church was living in a culture where abortion minded attitudes were also present. And so where the church often does its best work is in standing in kind of contradiction to the culture around it. We did it 2000 years ago. We need to do it 2000 years into the present as well.

BROWN: So Andrew, let us turn our attention to the Senate Banking Committee this week. Because the issue of abortion made it to the banking committee.

YELLEN: …In many cases abortions are of teenage women, particularly low income and often black, who aren’t in a position to be able to care for children, have unexpected pregnancies and it deprives them of the ability often to continue their education to later participate in the workforce.

Senator Tim Scott of South Carolina is a banking committee member and he was dumbfounded by the Treasury Secretary’s argument. Listen to this:

SCOTT: Just for clarity sake, did you say that ending the life of a child is good for the labor force participation rate? As a guy who was raised by a single mom, who worked long hours to keep us out of poverty, I think people can disagree on the issue of being pro-life or pro-abortion. But in the end I think framing it in the context of labor force participation just feels calloused.

Have to say, I kind of expected Secretary Yellen to walk back her comments, but she just didn’t.

You teach Christian ethics, Andrew. How would you approach the ethical questions that rise here?

WALKER: Myrna, thanks for that question. Goodness, I mean, I hear quotes like that from Secretary Yellen. And it breaks my heart because what that communicates is where we are pitting economic interests, in opposition to principles of human dignity. And I think that's a false zero sum dichotomy that we should reject. And moreover, when we look at, I think, how Christians think about the issue of abortion nationally, and how we respond to women who find themselves with unplanned pregnancies, we need to make abortion unthinkable. And one of the ways we make it unthinkable is by providing material support for women and children in these types of situations. And so I think that quote is a sad testament to how our culture conceives of the place of women in our culture, that either you can be a mother, or you can be an employee. And those are necessarily at odds with each other. That's not a Christian way of looking at this, what I want to communicate is, we should not allow that false dichotomy to go unchecked. It should be the job of Christians to say, stop right there. We understand the economic needs and economic interests of women. Let's find better ways in our culture, let's find public policy solutions to where abortion doesn't need to be the solution to someone who is in a financial hardship. And again, not to just kind of pat ourselves on the back. I think there's a path forward here for what Christians are doing in the culture already. And in fact, if Roe v. Wade is overturned, one of the questions facing Christians right now is what are we going to show up and do the work to help these women in red states that have overturned abortion? And I think the answer to that is yes, absolutely at the level of civil society. But then also, I think there's reasonable debate amongst Christians and amongst conservatives about what role does the state play in fostering unborn life and protecting unborn life and protecting mothers? I don't think there's a one size fits all strategy that you know is definitive. But I think most Christians and most conservatives are open to having that conversation. If we truly do love women, we truly do love children. We want to figure out the solutions to welcome and love both.

EICHER: You know, I’m really glad we have an ethics professor here, because I do want to ask about the propriety of leaking a Supreme Court opinion to the news media—

EICHER: Okay, so not ethical either way. Because I’m interested in pursuing that with you. I’m sure you’re aware of the theory that it may not have been a liberal clerk.

You remember when Obamacare was before the court and there seemed to be a five-justice majority early on, with Chief Justice Roberts among the five who would’ve ruled Obamacare unconstitutional, but he switched. And so the theory is, here’s an early five-justice majority to reverse Roe and what better way to hang on to the majority—a little chess move here—by letting pressure build on the early majority, but nobody wants to be seen as caving to pressure and they wind up holding firm. So what if it’s a conservative who did it, the side you presumably favor?

WALKER: Yeah, so I think we should just draw a basic generic principle that if it was either a liberal or conservative, this was wrong to do at the level of actual moral principle, I would actually go to Romans chapter 3, the apostle Paul says, “Shall we do evil that good may abound?”, he says, “By no means.” So that's actually Paul, opposing this principle of consequentialism. And consequentialism is actually one of the dominant modes of moral thinking that ethics has conceived of itself, ever since the history of ethics. And consequentialism basically says, You can do whatever you want, insofar as the ends are worthwhile. The famous phrases the ends justifies the means. The Christian tradition has always stood against consequentialism, or it's kind of variant called utilitarianism. And we think that there are absolute norms. We think that honesty is preeminent. I think, from honesty, we deduce a principle of the rule of law that you see in Romans chapter 13, that stable government requires a trust and the systems and a trust in the institutions, this action chips away at the trustworthiness of the institutions. And it's when you chip away at trust, that cynicism builds, when cynicism builds, you lose overall capacity for your belief that the system is actually going to work as it's designed to work. So it's really not that complicated. It shouldn't have been done, I hope. I mean, we know that the Chief Justice has put forth a call for there to be an investigation, and whoever did it, conservative or liberal, should pay the consequences for breaking these mutually agreed upon norms that are necessary to protect the integrity of the courts, institutions. I mean, this is what John Roberts is most concerned about is protecting the integrity of the Supreme Court. And I think he's sometimes a little bit naive in his understandings of the courts, so called political neutrality or political bipartisanship. But on this he's exactly right. We should not countenance these types of violations that lead to unrest, the type of unrest that we're now seeing, with progressive activists outside the homes of Supreme Court justices, which is just completely lamentable, and a grievous attack on democracy in itself as well.

BROWN: All right, Andrew Walker. He’s a professor of Christian ethics and apologetics at Southern Seminary and managing editor of WORLD Opinions. Thanks, Andrew!

WALKER: Nick, Myrna thank you so much and to readers of WORLD Opinions, thank you and keep on reading!