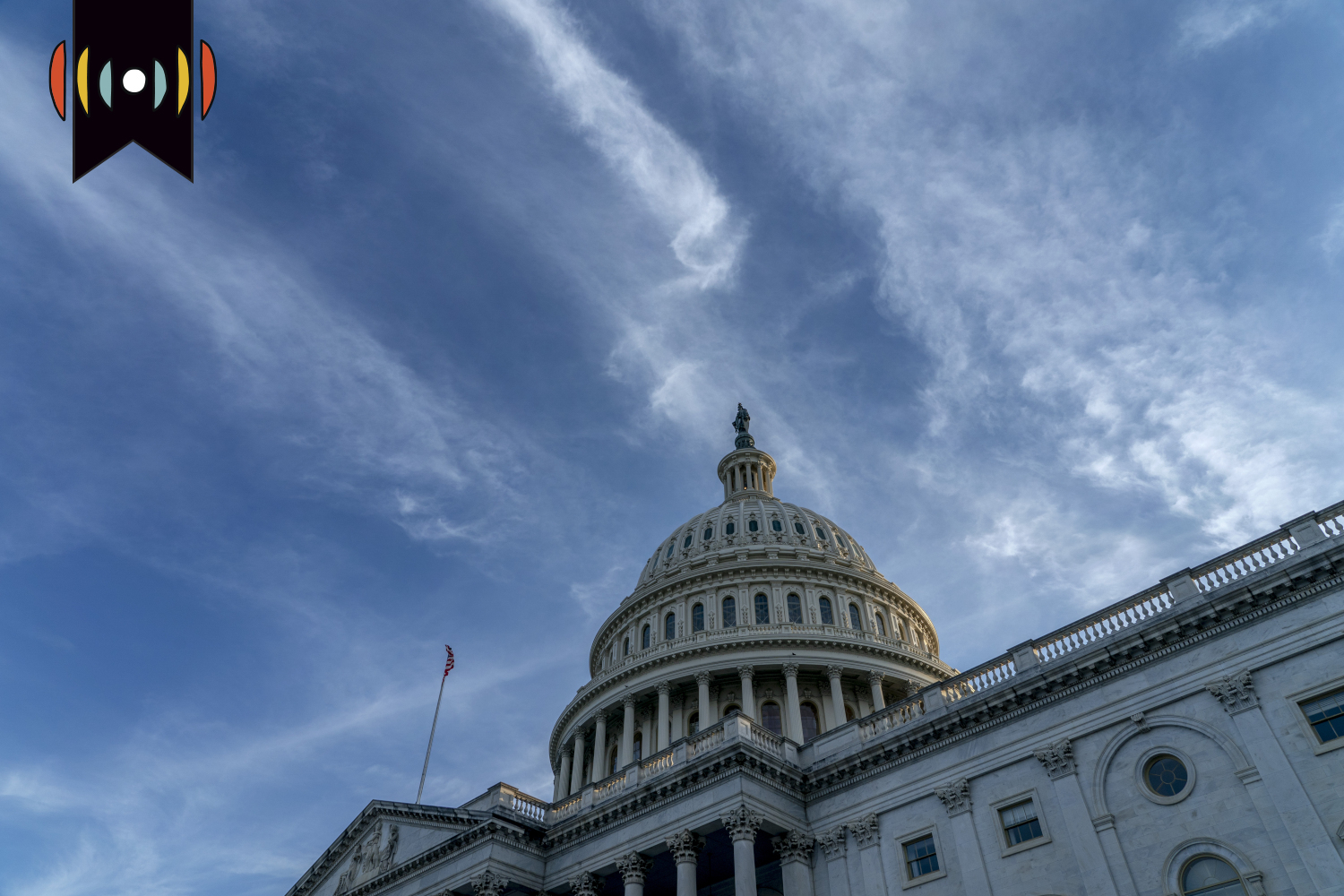 MYRNA BROWN, HOST: It's the 29th day of July, 2022. Glad to have you along for today’s edition of The World and Everything in It. Good morning, I’m Myrna Brown.

Andrew’s a professor of Christian ethics and apologetics at Southern Seminary and managing editor of WORLD Opinions. Morning, Andrew!

ANDREW WALKER, GUEST: Nick and Myrna, it’s always good to be with you.

BROWN: Andrew, we didn't get a chance to talk about this last week, but I know it's still on your mind.

You wrote, and I'm quoting you here, “Most Republicans’ knees are buckling about having to go on the record about same-sex marriage. They fear political retribution, meaning they aren't really free. But truth and freedom go hand in hand. Rather than buckle at elite scorn, always testify to what is true. Live Free."

Of course, you were referring to the 47 Republican House members who essentially walked away from the party's stated principles and platform, not to mention what the Bible teaches about marriage, to cast a vote for same-sex marriage.

Here's the rub: When the Supreme court redefined marriage in 20-15, the collective response from Republicans was outrage.

What do you think has changed in seven years and why is this a defining cultural moment?

WALKER: Well, it's a good question. I think what we are noticing over the last seven years, is the ability for law to be a teacher. We see this principle laid down in Scripture. Paul says the law is a teacher, it's a paedagogus. What he means by that is, law shapes belief, belief shapes behavior, behavior shapes our understanding of customs.

We are now accustomed to five plus years of same-sex marriage, and United States. It's now routine. It's now by all accounts, traditional based on the evolving mores of the modern kind of secular worldview. I say that in jest, obviously.

But all this goes to show us is how if you don't keep the debate alive, individuals on the other side of the aisle will treat you like you're on the wrong side of history. And that's what we're seeing play out.

And I think there’s a lot of Republican cowardice on this issue. You're right, they did speak out profusely against the Obergefell ruling, and rightfully so, because this was the Supreme Court, kind of bringing this issue to all 50 states, without any votes whatsoever.

But now that this all seems normal, the Republicans are abandoning principle. And as you mentioned in your question, they're abandoning their own platform of their own party. And so I think this goes to show you that if we are not testifying to what is true, what is false can easily come to the surface.

And so regardless of what happens, if there are 60 votes for this in the Senate, our calling as Christians doesn't change because the nature of marriage can't change. It's something outside the purview of politics, because God is the author of marriage. And our calling is to testify to what is true, regardless of the cost.

EICHER: That's interesting. Let's talk about another issue that seems to be buckling Republican knees, as you say and that’s the issue of abortion, now that the Supreme Court has washed its hands of the issue and said this is now a matter for the people’s representatives to handle. And I’m hearing rumblings that the people’s representatives are saying, at least some of them: “Oh, great! This is going to kill us in the midterms. We need to lay low …” Maybe here’s where we find out where evangelicals are because the criticism is they look the other way on Republican hypocrisy and this seems potentially an opportunity to show otherwise.

WALKER: It is really interesting that now that issues of life are back on the table, you know, one of the concerns that the pro-life community had about the mainstream Republican establishment is that they actually didn't really want Roe to ever be overturned. Because as long as they just paid lip service to the pro life movement, with Roe in place, abortion was really going nowhere.

One of my good friends is a high ranking official in the Republican Senate side. And this individual told me about conversations with Republican consultants, who were really, really concerned about how overturning Roe could negatively impact Republicans come November. And my friend, who is very, very pro life, was about to pull his hair out because he said, “How insane is it, that there are Republican operatives who are actually concerned and upset at the overturning of Roe v. Wade, when this again is what is purportedly at the center of the Republican Party's platform.”

So there's some gross hypocrisy going on here. And listen, we need to call balls and strikes. When the Republicans get it wrong. When they're acting cowardly or hypocritically, they need called out for this.

EICHER: Speaking of calling the strike zone—I know you saw this one—a well-known personality, public intellectual, saying the church is striking out. I’m talking about the Canadian psychology professor Jordan Peterson. He put up a video on YouTube called “a message to the Christian churches” that among other things admonishes the church to focus ministry resources toward men, young men in particular. He's very passionate on it. Here's a bit of what he said.

PETERSON: ... invite young men. Put up a billboard. Say, ‘young men are welcome here.’ Tell those who have never been in a church exactly what to do, how to dress, when to show up, who to contact, and most importantly, what they can do. Ask more, not less, of those you are inviting. Attend to some souls. That's what you’re supposed to do. That’s your holy duty. Do it. Now. Before it’s too late. The hour is nigh.

And I was thinking about that in light of a really good column you ran in WORLD Opinions by a new writer, Bethel McGrew. “America’s lost boys,” it was called. She talks about the Chicago Fourth of July shooter about how the warning signs are there if only we would look.

Jordan Peterson seems to have looked and he’s urging churches to attend to these young people.

So my question is, first, I wonder if you think Jordan Peterson has it right and whether he has something to say to the churches that we ought to listen to.

WALKER: So I think on the whole, Jordan Peterson is correct in his diagnosis, about the nature of masculinity in our culture. Now, I don't think that full scale adoption of all that he's proposing is necessarily correct, because I think at the heart of some of Jordan Peterson's recommendations, is a very kind of mancentric, anthropocentric understanding of man trying to get himself to God—when in reality, the message of the Christian gospel is God bringing himself to man and to what to woman, to be clear.

But there is, I think, a general listlessness in our culture, about the nature of masculinity. I think there's at least two reasons for that: One at the pop culture level, ask yourself, How often do we see men portrayed in any type of ennobling capacity? A lot of times, especially on sitcoms, husbands, and fathers are portrayed as kind of absent-minded dunces. But then also, we have what I would call elite scorn at the notion of masculinity as well.

Now, I don't think we need to revert to kind of chest thumping bravado, to call for a healthy masculinity. That's not what I'm calling for. I’m calling for a healthy, Biblical masculinity that understands what God has called us to in our masculinity, which is to be faithful providers and protectors and responsible individuals in society.

So I do think that there are many avenues in the culture that are causing men to second guess themselves and question whether anything about their status as men matters in society.

We're now living in this kind of genderless age, where, you know, you really can't be a man or a woman by any biological category. It's all a matter of your mind. But the church, through the word of God actually has a word here.

One of my favorite understandings of Christianity is that Christianity is a religion of assertion. We actually believe in truth, we actually believe that there is something composite to masculinity and femininity, and we need to champion that because if we don't champion that, we'll let kind of the culture despisers around us take advantage of our frailty, and to manipulate the conversation—and I think to make men and boys for that matter, more worse off.

BROWN: All right, Andrew Walker. He’s a professor of Christian ethics and apologetics at Southern Seminary and managing editor of WORLD Opinions. Thanks, Andrew!