Will Portland strike out?

As the Oakland Athletics look to slide into a new home, a Portland-based organization seeking to bring big-league baseball to the city sees the opportunity it has long waited for. But Portland’s increasing reputation for lawlessness may undermine any hopes Oregon’s largest city has of landing the team.

The Athletics announced in mid-May that Major League Baseball had instructed the team to begin looking for possible relocation destinations. For more than 50 years, the team has occupied the long-dilapidated Oakland Coliseum. Since 2007 it has tried to get a new stadium built in the San Francisco Bay Area, either in Oakland or south in Fremont or San Jose. With the A’s latest stadium proposal facing yet another roadblock—and their lease of the coliseum set to expire in 2024—MLB greenlighted the A’s to begin looking for greener pastures.

The upcoming move would make it the first MLB team to relocate more than twice, as the A’s also called Philadelphia and Kansas City home before moving to Oakland following the 1967 season.

Enter the Portland Diamond Project (PDP). Formed in 2017, the PDP’s mission is to lure an MLB franchise to the Rose City to complement its other pro sports franchises—the NBA’s Trail Blazers, Major League Soccer’s Timbers, and the National Women’s Soccer League’s Thorns.

Portland has several things going for it: The city is closer to Oakland than any other viable candidate except Las Vegas (though the difference is fewer than 100 miles), and MLB wouldn’t have to realign its divisions, as it likely would if the A’s moved east of the Mississippi River. In Portland, the A’s could develop a heated Pacific Northwest rivalry with the Seattle Mariners, who play just two hours away.

John Canzano, a Portland sports columnist and talk radio personality, reported in late May that A’s officials, including team owner John Fisher, were planning to visit Portland in June. That means the city is in play.

However, Portland also has one major strike against it: During last year’s race demonstrations following the death of George Floyd, the entire nation watched as groups of anti-police protesters and anarchists vandalized, looted, and set fires in the city for more than 100 days (see Sophia Lee’s story).

Canzano would beg to differ: Last October, he reported in The Oregonian MLB officials had planned to visit Portland after the World Series, but that PDP and MLB mutually agreed to cancel the visit. Canzano shared the contents of an email from PDP founder Craig Cheek to Portland Mayor Ted Wheeler: “Neither the league nor [the PDP] feel comfortable in showcasing and hosting in downtown Portland at this juncture,” Cheek wrote. 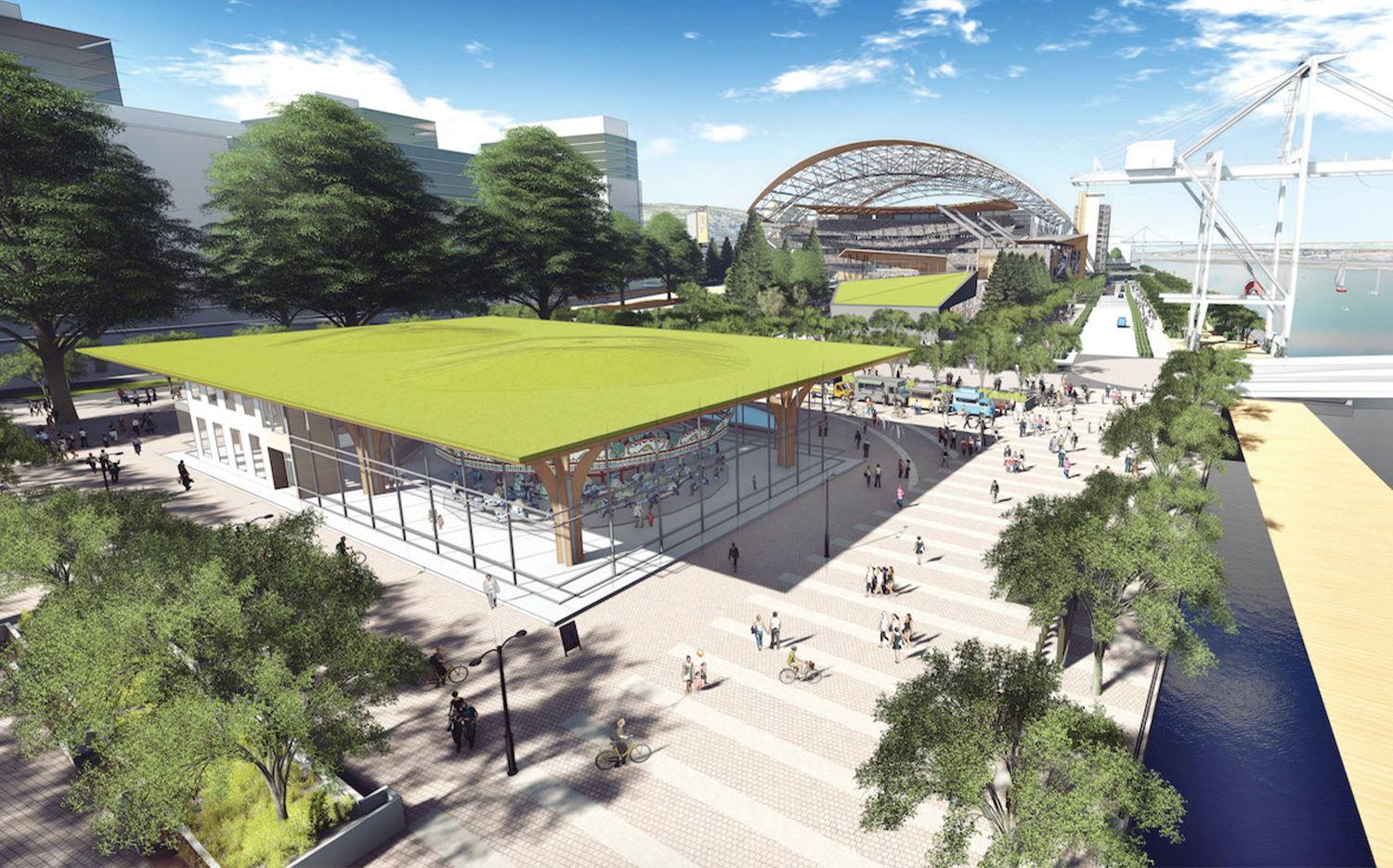 Even now that the A’s have announced plans to visit Portland, Canzano maintains the city has an image problem to overcome: “This is much bigger than bringing a ballpark to Portland,” he wrote in a May 18 column. “It’s about re-framing the image and condition of the most notable city in our state.”

Images of rioters taking to the streets of Portland, destroying property, and attacking people—all in the name of ending hate—are not new: Reports of the destructive actions of antifa in the city date back to 2017. And Wheeler has made national news multiple times for allowing the group to run amok in his city: Only this year, after yet another round of violent protests, did Wheeler reverse course, calling for a tougher crackdown on rioters.

Pressed about whether perceptions of Portland as a violent city could cost the city a shot at the A’s, McIsaac responded, “We’ve had challenges during Covid, exacerbated by protests just like L.A. and San Francisco and Seattle, all of whom have major sports.”

True, but those cities already have MLB teams and aren’t trying to attract one. If the A’s decide Portland is not safe, they may just rule it out.

There are still riots in Portland. They did not end in 2020.