When sports get fishy

“If you ain’t cheatin’, you ain’t tryin’,” goes a well-worn sports adage.

By that standard, several participants in under-the-radar sports have recently gotten caught—or at least been accused of—trying pretty hard. The resulting string of scandals shows that mainstream sports like baseball and football aren’t the only ones susceptible to dishonest scales and crooked ways.

Take competitive fishing, for example: Fishing is a sport well known for its participants’ propensity to tell whoppers exaggerating the size of catches. Professional anglers Jacob Runyan and Chase Cominsky garnered a reputation for fishy weigh-ins after competing this year in the Lake Erie Walleye Trail, a series of competitions along Erie’s Ohio shoreline. At the series’ championship event earlier this fall, the pair submitted five ­walleye which, they claimed, totaled 34 pounds—an average of nearly 7 pounds per fish.

Walleye can grow 35 inches long and reach record weights approaching 30 pounds. Catching a 7-pound walleye is thus not unheard of. Typically, though, walleye average 1 to 3 pounds in weight, and the ones in Lake Erie are usually only slightly larger. So, naturally, the Walleye Trail’s director, Jason Fischer, had cause for skepticism at Runyan and Cominsky’s weigh-in.

Upon squeezing one fish, Fischer felt something hard inside. Fischer sliced the fish open to discover that Runyan and Cominsky had stuffed the animal with 12-ounce lead weights and pieces of walleye fillets.

Fischer promptly and angrily disqualified Runyan and Cominsky from the tournament, denying them its $30,000 prize.

Entering the Walleye Trail’s championship event, Runyan and Cominsky had been leading the competition all season and had already made off with hundreds of thousands of dollars in prize money as the supposed winners of several regional events over the course of two seasons. After Fischer ­confirmed Walleye Trail participants’ long-held suspicion that Runyan and Cominsky were cheaters, on-duty police officers had to come protect them from a mob.

Runyan and Cominsky have since been arrested and are facing felony charges of fraud and grand theft. The Walleye Trail may also sue them to recoup past prize money. 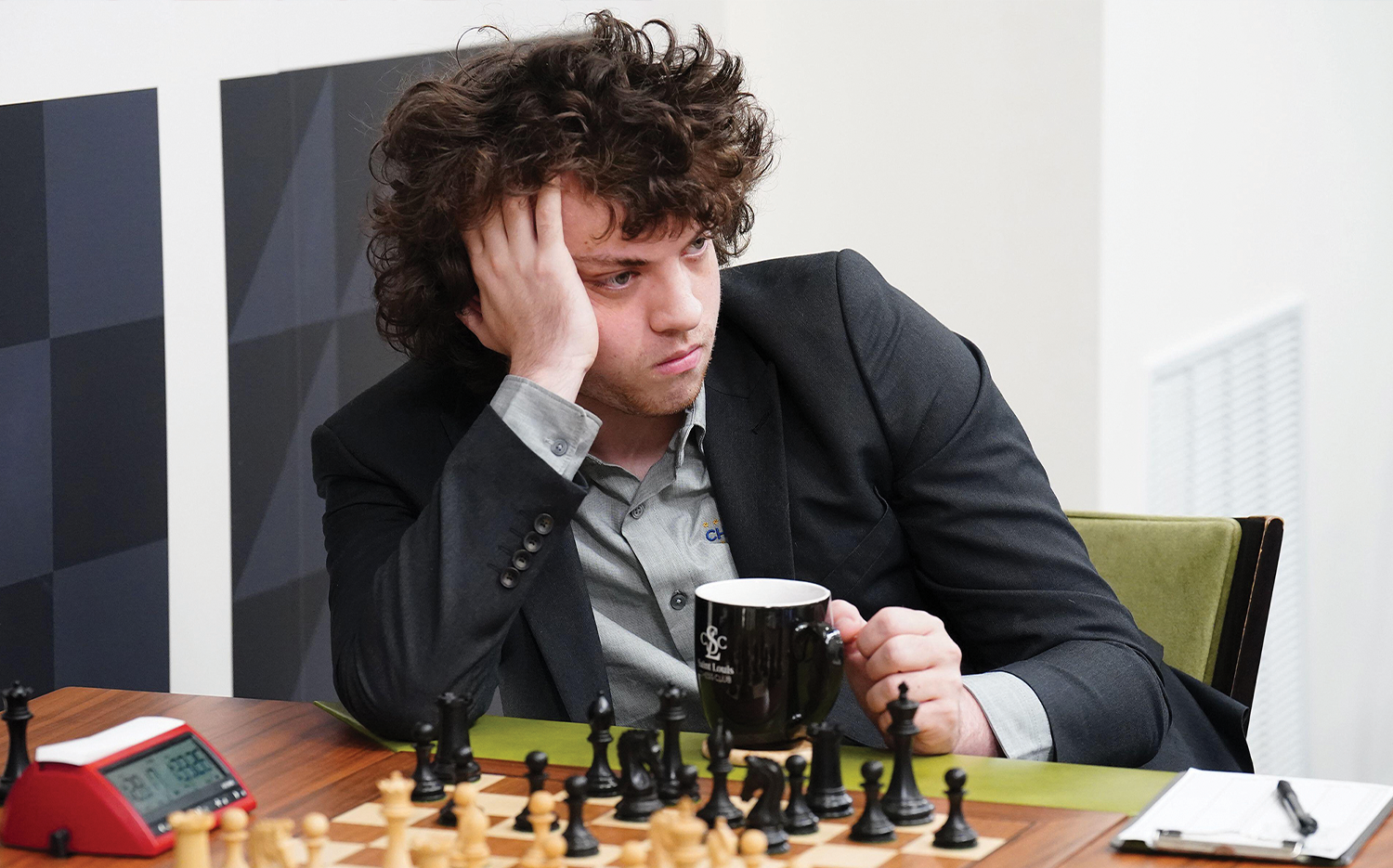 Hans Niemann waits for his next match during the 2022 U.S. Championship in October. Bill Greenblatt/UPI/Alamy

Accusations of cheating have also rocked the sport of chess: Nineteen-year-old Hans Niemann of San Francisco stunned chess fans in September when he defeated Norwegian grandmaster Magnus Carlsen at the Sinquefield Cup tournament in St. Louis. The loss ended a 53-match winning streak for Carlsen, the International Chess Federation’s top-ranked player and a five-time world champion.

But scandal erupted when observers who had viewed the match online accused Niemann of hiding inside a bodily cavity a device through which outsiders might have sent him signals advising him on what pieces to move and where. Tournament officials had frisked Niemann before the match and found nothing.

Still, the cheating claim gained traction for two reasons: First, according to a Chess.com investigation, Niemann has likely cheated in more than 100 online chess games. Second, Niemann himself confessed that he cheated twice in online chess games while he was still a minor.

Finally, the sport of professional cornhole might still be under the radar if it hadn’t been for a recent cheating scandal. Popular at leisure gatherings like backyard barbecues and church picnics, the game in which players attempt to toss beanbags through ­baseball-sized holes in slanted boards has a pro circuit, complete with athletes wearing NASCAR-style jerseys touting their sponsors. (Who knew?)

Pro cornhole’s top competitors earn up to $250,000 a year from winnings, sponsorship deals, and endorsements, the New York Post reported. This helps explain the scandal that occurred in August at the 2022 American Cornhole League (ACL) World Championships in South Carolina: One participant, Devon Harbaugh, complained to event officials that two of his competitors, Mark Richards and Philip Lopez, weren’t using regulation-sized beanbags.

ACL regulations require that bags be 6 by 6 inches in size when laid flat and 16 ounces in weight, though slight deviations are allowed. Lighter, thinner bags can fly faster and get through boards’ holes more easily. Upon inspecting Richards and Lopez’s bags, the officials confirmed that Harbaugh’s suspicions were correct: The duo’s bags were too small. Some other competitors’ bags were also the wrong size.

ACL officials determined that the violations were unintentional and let Richards and Lopez continue competing. Still, the incident has prompted the league to increase its efforts to ensure compliance with regulations.

Because, as 2 Timothy 2:5 aptly puts it, “An athlete is not crowned unless he competes according to the rules.”