As a gay black female, pro basketball player Brittney Griner hits the trifecta of what some call “intersectionality”—i.e., falling into multiple classes of arguably oppressed persons. The star of the WNBA’s Phoenix Mercury in early August was sentenced to nine years in prison for bringing cannabis oil into Russia, where she had gone to play during the WNBA’s offseason. Griner missed the next WNBA season—most of it while awaiting sentencing after her February arrest.

The talking-head response to Griner’s imprisonment is Exhibit A for a recent media trend: While reporting on sports ­figures and events, many news outlets seem eager to fan the flames of racial division.

Had those outlets been more thorough in their reporting, they might have served their audiences with helpful context—or, at minimum, examined more carefully events that may or may not have involved race. Instead they instantly charged racism where there seems to have been none and, in the process, triggered national uproars. 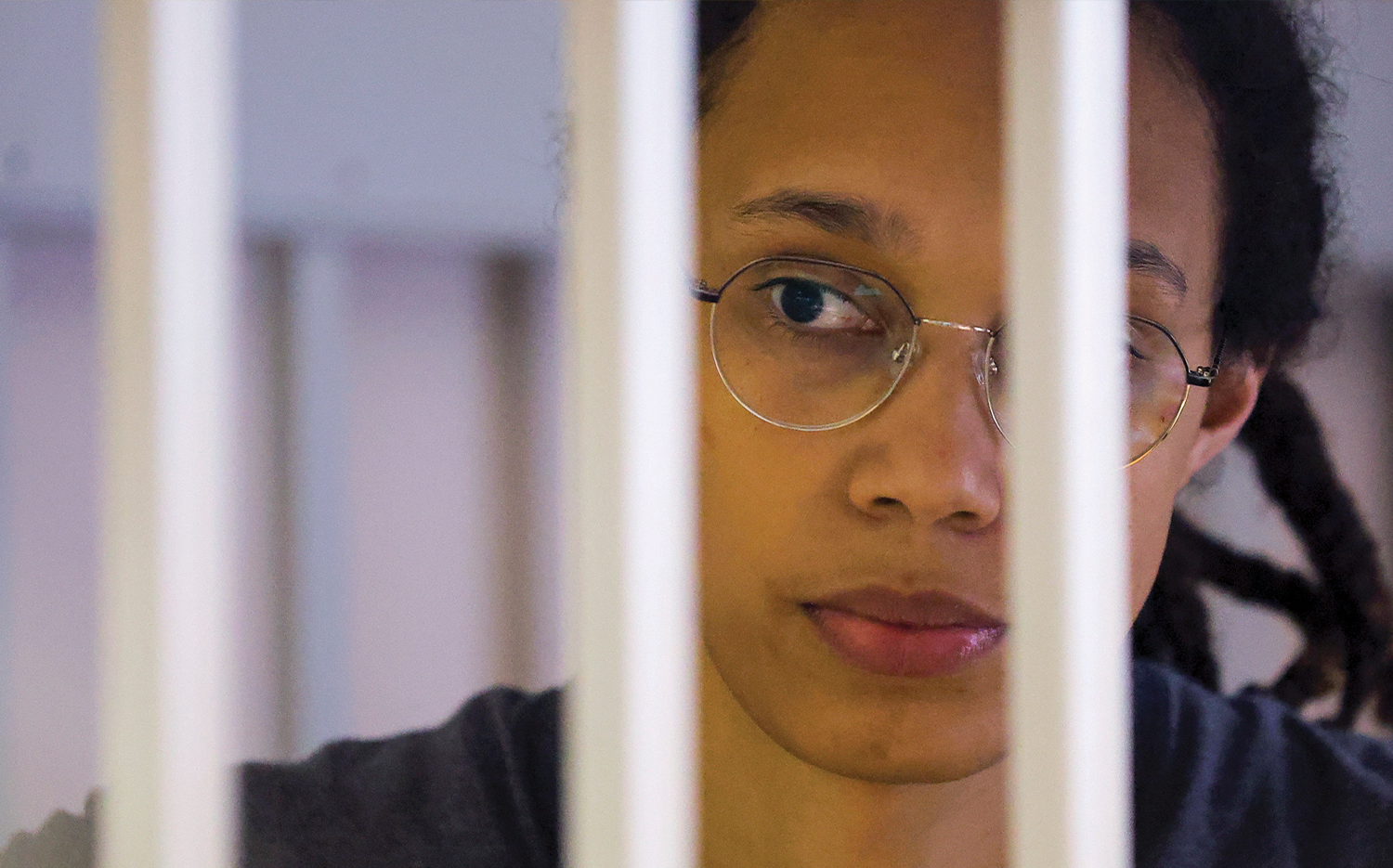 Brittney Griner listens to her verdict standing in a cage in a Russian courtroom. Evgenia Novozhenina/Pool via AP

But as former U.S. consular officer Simon Hankinson wrote for the conservative website The Federalist, “There are limits to what American diplomacy can do for U.S. citizens who travel to foreign countries and run afoul of their laws.”

That the U.S. government did not bail Griner out of a mess of her own making does not mean racism motivated the government—especially given U.S. tensions with Russia over its war with Ukraine.

In fact, America’s efforts on Griner’s behalf are bearing fruit fast as compared with another Russian prisoner, Paul Whelan. Former U.S. Ambassador to the United Nations Bill Richardson, a veteran hostage negotiator, on Oct. 9 returned from meeting with Russian leaders optimistic that a trade could be worked out before the end of the year. The deal would bring home Griner and Whelan, a corporate ­security executive whom Russia had accused of espionage. Whelan is white and male and has languished in a Russian prison since 2018.

During the Aug. 21 game, which pitted the Boston Red Sox against the Baltimore Orioles, 12-year-old ballplayers from Iowa’s Davenport Southeast Little League—the Midwest’s LLWS representative—began tearing the ­cotton stuffing out of green plush teddy bears and placing it on teammates’ heads. 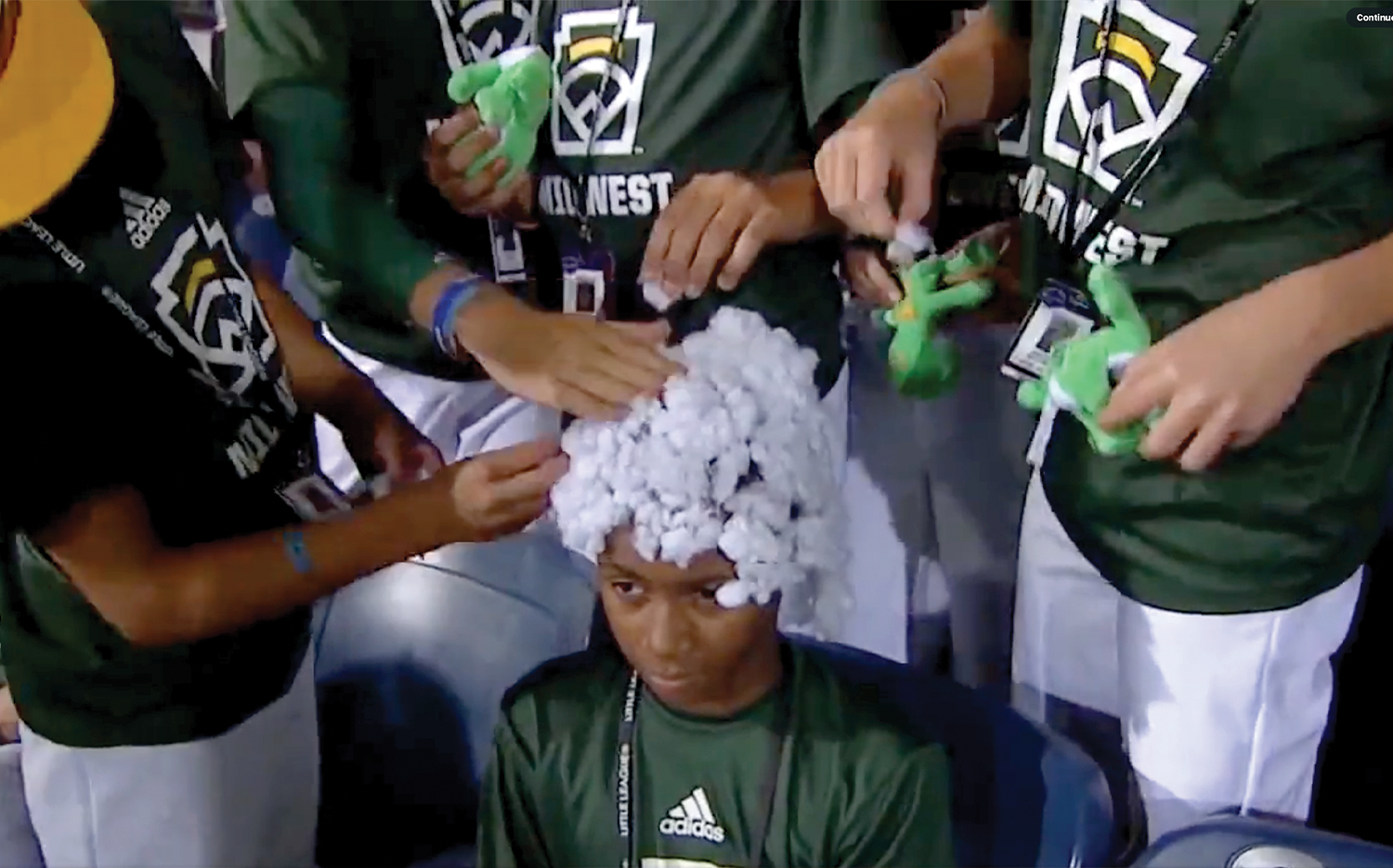 Davenport Southeast players stick cotton onto the hair of a teammate. Screen grab from video

The players did this in tribute to Jaron Lancaster, a pitcher for Honolulu, the eventual LLWS champion. Lancaster’s dominance on the mound—and his trademark white Mohawk haircut—made him the ­tournament’s media darling. Even the players themselves had sought his autograph.

At one point during ESPN’s ­broadcast, a camera showed several Davenport Southeast players affixing the cotton to a teammate’s head. The teammate, Jeremiah Grise, was black. The players doing the affixing were white.

Which seems a sensible reading of the scene. Still, for some, the sight of young white boys covering a young black boy with cotton evoked images of slavery and the Jim Crow South. The images sparked a firestorm on social media—as well as hyperbolic media commentary.

Darren M. Haynes, a black sports anchor at Washington, D.C., television station WUSA9, said in a TV commentary that he believed the Davenport Southeast ballplayers “were not trying to be racist. They just didn’t know what they were doing was racist.” He also longed for the days when “I don’t have to talk about senseless acts like this anymore on TV.”

The Washington Post went so far as to interview a black film critic from Canada who had tweeted that the Iowa ballplayers’ parents “need to be taken to task” because the televised incident was “exactly what we think it is.”

Except it wasn’t: After the incident went viral, Davenport Southeast ­players’ parents released to the media a photo of Grise and a white teammate whose hair was also covered in cotton-­like stuffing. The parents also released a video featuring Grise smiling, ­preening for the camera while wearing his new “hairdo,” and apparently having the time of his life.

ESPN had failed to show that part. And while The Washington Post wasted no time obtaining and publishing the perspective of someone whose only connection to the incident was that she’d seen it on TV, the newspaper didn’t take the time to contact Grise or his mother.

By the time all the content shedding a different light on the incident surfaced, however, the damage was done. New York Post sportswriter Kirsten Fleming put it this way: “With little-to-no context, social media erupted, essentially accusing the boys of being baby Grand Wizards and ­subjecting their black teammate to racial humiliation, using cotton as their weapon.”

Rachel Richardson, Duke’s only black starter, claimed after the match in late August that a fan had taunted her with racial slurs when she served the ball near BYU’s student section. Such media outlets as ESPN, CNN, and USA Today seized the opportunity to bash BYU’s overwhelmingly white student body as racist. 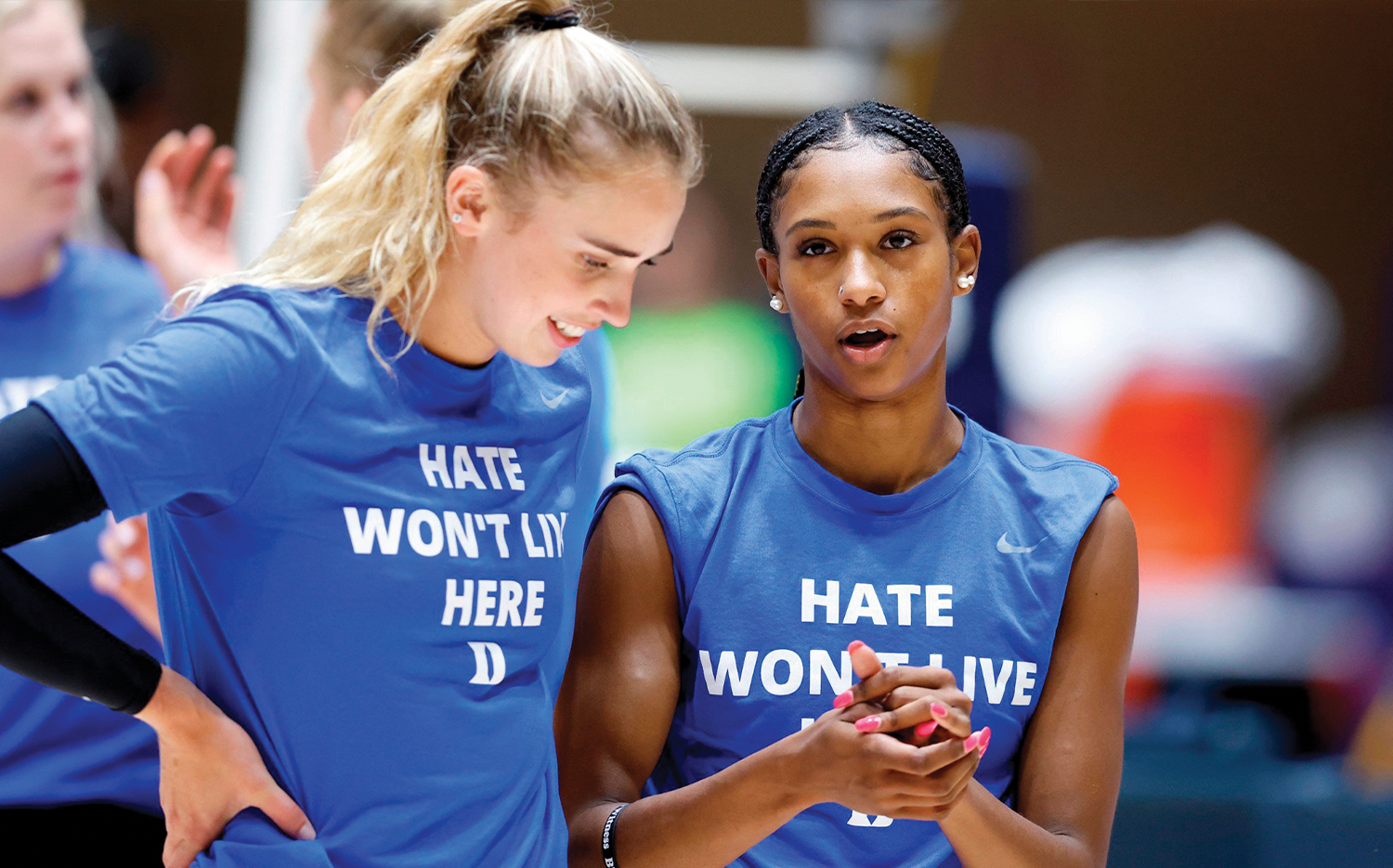 Later reporting, however, called into question whether racial taunting occurred at all (see “Volleys from the stands,” Oct. 22). Campus police reviewed video of the two times when Richardson served the ball in front of the student section: The accused taunter was not present the first time and was on his phone during the second. Also, there were black BYU basketball players sitting near the student section. It’s unlikely they’d have sat still for racist slurs—even if aimed at a Duke player.

BYU has since determined there is no evidence any spectators shouted slurs at Richardson: “We have tried to be as thorough as possible in our investigation, and we renew our invitation for anyone with evidence contrary to our findings to come forward and share it,” the school said.

Reporters and commentators would serve the public better with more journalism and fewer fire-­breathing hot-takes. Being too quick to infer racism can get people burned.