Snack from a brew

Bryan Daniels started All Good Craft Granola Bars in 2018 by what he calls a “happy accident”: As he brewed beer in his free time, he noticed how good the steeped grains smelled. Hoping the fragrance might translate to an edible ingredient, Daniels tweaked a few online recipes to develop his first two granola bar flavors incorporating spent brewing grains, Cranberry Almond IPA and Coconut Mango Tropical IPA.

Today, Daniels is one of dozens of innovators giving beer a green makeover—recycling beer waste into food products, including granola bars, puffed snacks, and flour.

During the beer-making process, grains (usually barley) are soaked in hot water to extract the sugars and form a sugar-rich liquid called wort. The wort is fermented into beer, while the leftover grains are typically discarded. These spent grains constitute 6 billion pounds of brewery waste annually in the United States. Spent grains can be used as livestock feed, but for most city-based brewers, it’s easier to send them to a landfill.

Daniels, based in Virginia Beach, Va., brought his granola bars to a local farmers market, where he now sells about 200 bars each time he sets up a booth. He also sells at coffee shops, yoga studios, a climbing gym, breweries, and online.

Branding within the beer byproduct space sometimes presents a challenge. People ask, “Is it alcoholic?” or “Can my kids eat it?” Each All Good granola bar is labeled “alcohol-free” and displays a baby icon in response to those questions. 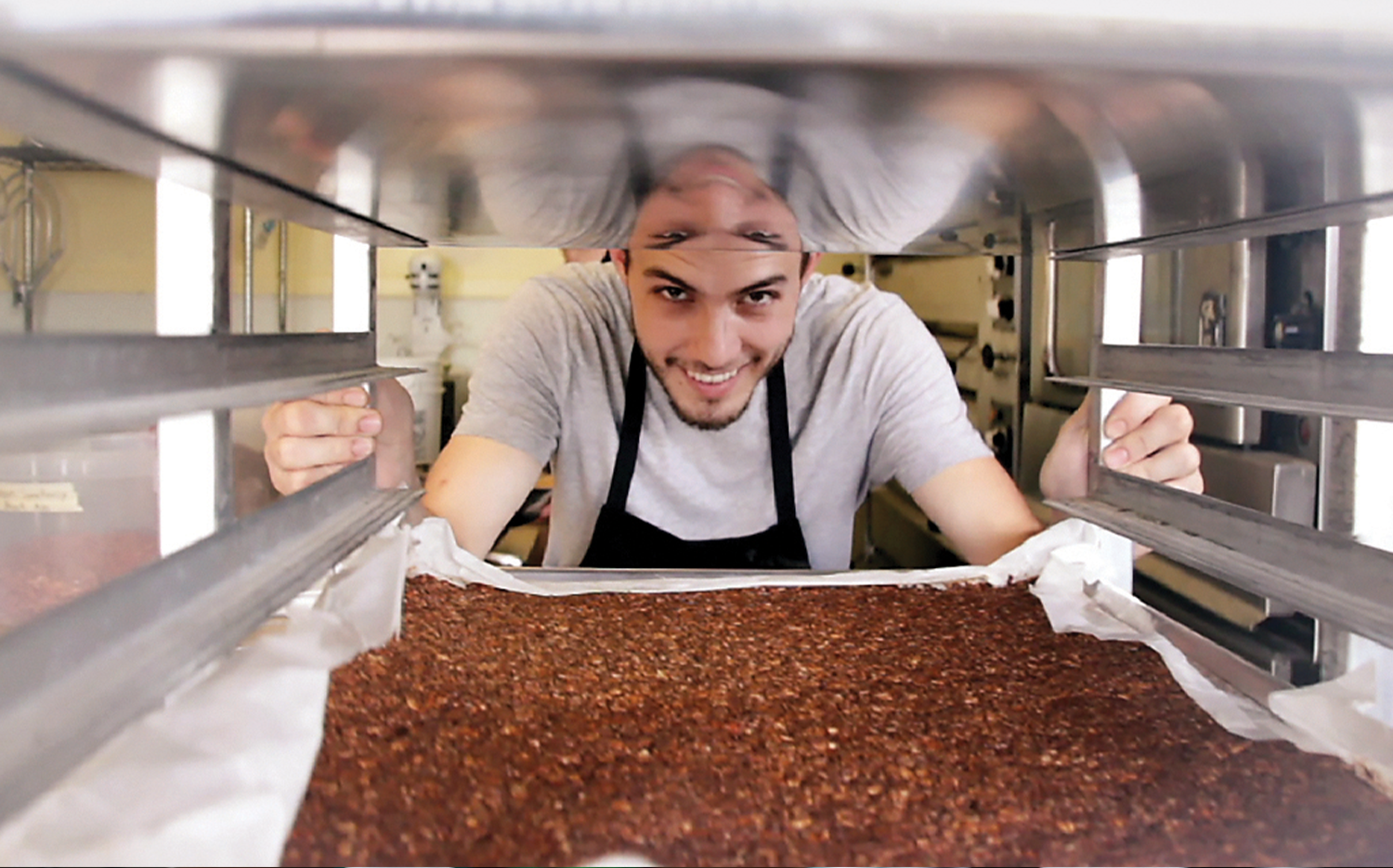 I purchased a sampler pack of all five granola bar flavors: The spent grains imbue a desirable chewiness to the bars. My favorite: the Coconut Mango Tropical IPA, with its sweet mango notes.

Some companies have developed their own processes for drying spent grain, reducing drying time from hours to minutes. ReGrained in Berkeley, Calif. patented a technology for converting spent grain into SuperGrain+, a milk powder suitable for use in baked goods, beverages, sauces, and ice cream.

ReGrained sells SuperGrain+ snack puffs, but it is primarily an ingredient company, with partnerships that include Doughp, an edible cookie dough company, and Semolina Artisanal Pasta.

ReGrained co-founder Dan Kurzrock is ambitious. He wants to expand to “upcycle” waste from not just beer but other beverages, too. “ReGrained was named when we were just looking at beer, but bigger picture, it’s about upcycling at large,” he said.

Resembling shrunken Sun Chips, the puffs come in five flavors with distinct profiles. I particularly liked the Mexican Street Corn flavor—salty and sweet with a kick of spice.

Grain4Grain in San Antonio combined aspects of milling and pharmaceutical technology to design its process for drying spent grain. Started in 2018, Grain4Grain also markets itself as an ingredient company, selling gluten- and carbohydrate-free flour online at Amazon and within Texas H-E-B stores. It also sells pancake mix and seasoned breadcrumbs.

After winning third place in H-E-B’s 2019 Quest for Texas Best competition, Grain4Grain earned shelf space at nearly 200 H-E-B supermarkets throughout the state. But by the time Grain4Grain was ready to release its flours and baking mixes in early 2020, COVID-19 hit. The first panic-buying spike completely wiped out Grain4Grain’s inventory.

“Our product was almost dead by the time we got back in stock,” said co-founder Yoni Medhin. “We really relied on continuous tastings, word of mouth, but the moment the product’s not on [shelves], you lose a ton of that momentum.” By September, Medhin was ready to call it quits.

But then H-E-B reached out to request a partnership using Grain4Grain’s flour in its in-store bread. The startup also won first place in San Antonio’s 2020 Tech Fuel competition. More important than the $50,000 prize was the publicity and connections Medhin gained with local tech companies—interest he leveraged to acquire new wholesale customers.

Medhin’s Christian faith shapes his vision for Grain4Grain. He hopes his company’s redemptive work of breathing new life into a waste product will inspire other Christian-run companies and owners asking: “How do I create things that are actually going to add value and improve human conditions?”

—WORLD has updated this story to correct the location of ReGrained.