Church denominations are divided on whether to dole out vaccine advice

Members of the public are vaccinated at the Roman Catholic parish church of St. Anthony of Padua in Bronx, N.Y. Tayfun Coskun/Anadolu Agency via Getty Images

Pastor Erik Reed remembers his nearly 1,500-member church, The Journey Church, was one of the first to shut down in Lebanon, Tenn., at the start of the pandemic in 2020.

When the Southern Baptist church opened up three months later, leaders needed to decide how to hold services safely. At that time, Tennessee Gov. Bill Lee did not mandate masks for houses of worship, according to the Governor’s Office of Faith-Based and Community Initiatives.

Leaders wanted to allow congregants to make their own decision whether to mask up or not, Reed said. To make this possible, the church gave several options for attendance. Congregants could attend either of the church’s two services virtually or in-person in its 1,000-seat sanctuary.

When the vaccines started to roll out in December 2020, a similar mindset persisted. Reed and the other members of the leadership team gave no input on whether to get the shot or not.

But Reed’s perspective on voicing vaccine views from the pulpit is just one of many.

Denominations are divided on whether they dole out advice about the vaccine, according to a recent Pew Research Center study. Thirty-nine percent of religious leaders encouraged their congregants to get it, 5 percent encouraged not to do so, and 54 percent voiced little opinion. 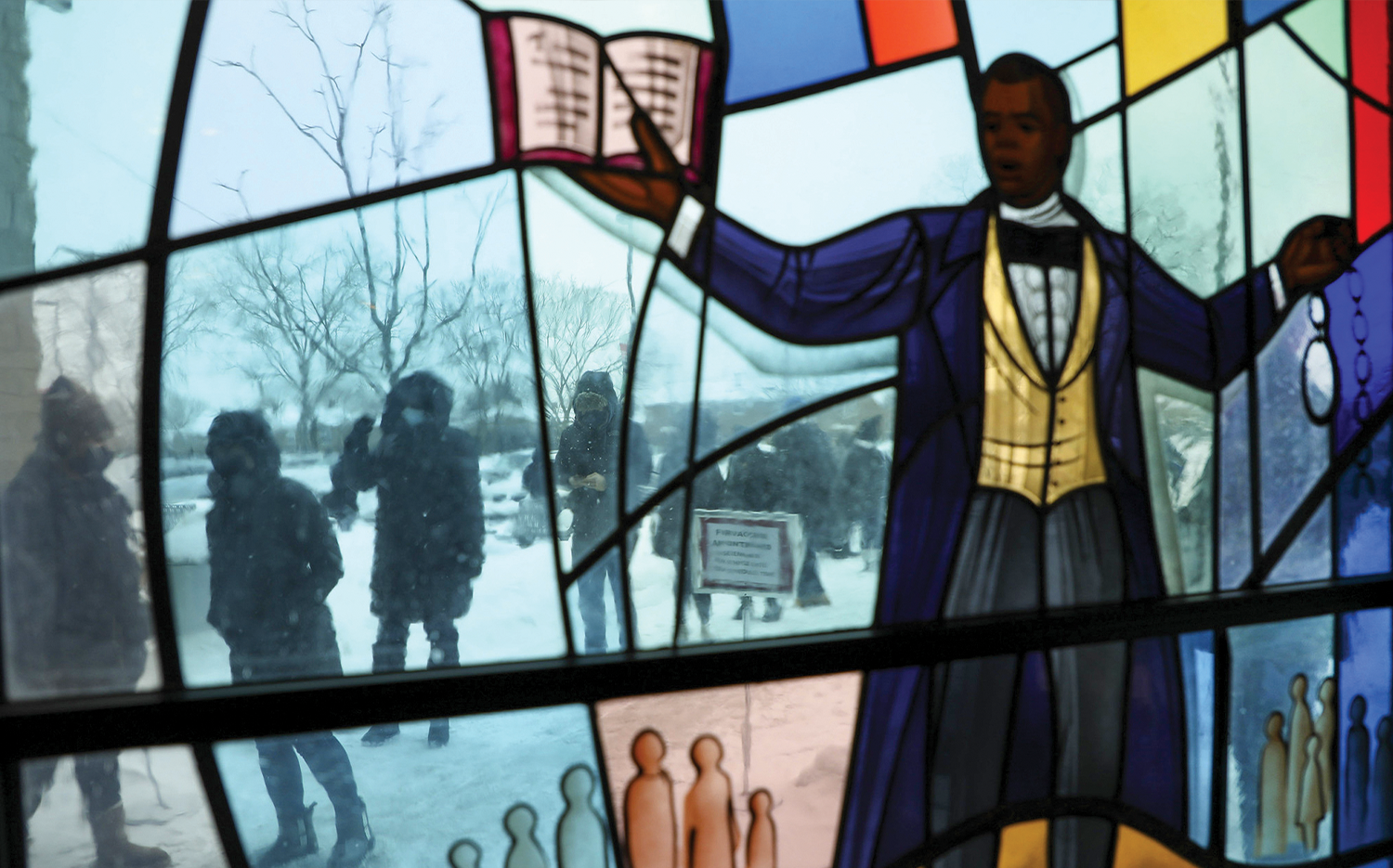 Evangelical churches like Reed’s tend to give no advice. However, historically black, mainline, and Roman Catholic churches were the most likely to suggest their congregants get the shot.

For Reed, it was a matter of letting people make the decision for themselves. He explained that in life there is always a certain level of risk and members should be able to decide the level of risk they are willing to take.

“Churches get in trouble when we start playing doctor on these issues,” Reed said. He emphasized that members should instead make their own decisions after seeking out more information and praying.

Complementing Reed’s stance, Elevation Church in Raleigh, N.C., also wants to enable congregants to make their own choices. The nondenominational church supports “the freedom to make a personal choice,” an unnamed spokesperson said through the informational email account for the church.

When churches do decide to give advice, 61 percent of U.S. congregants have at least “a fair amount” of confidence in their religious leaders to provide reliable guidance about getting a vaccine, according to the Pew study. This figure is nearly identical to the level of confidence in public health officials.

For the United Methodist Church (UMC), supporting the vaccine has been an emphasis since it first became available, said Diane Degnan, director of public relations at United Methodist Communications. While the UMC does not have an official position on vaccination, it has published articles encouraging vaccination and a multitude of Methodist churches have hosted vaccine clinics, she explained.

“What about what’s happening in Ukraine where hundreds of thousands of people are fleeing and are packed together. There is no personal protective equipment. There is no social distancing. It’s not possible,” Griffith said. “It just seems to me that if everybody were able to be immunized and to be that much safer from COVID, it would end the pandemic—not only within sight—but it would save multiple lives from COVID.”

Historically black and Roman Catholic churches have also urged members to get the vaccine.

In 2021 the National Black Church Initiative (NBCI) launched a five-year plan to vaccinate 100 million African Americans and Latinos in the United States. NBCI plans to work with church leaders and health agencies to promote the vaccine.

While some Catholic church leaders have been hesitant to get the vaccine, many leaders, including Pope Francis, have promoted the vaccine. According to an NPR article, in January Pope Francis said that getting vaccinated is a “moral obligation.” He urged that church members have a responsibility to care for themselves and those around them.

Liz Lykins Liz is a graduate of the World Journalism Institute.
COMMENT BELOW