Anyone who wants to make a living by writing will find helpful bits in this book of essays by and interviews of writers on the topic. Most of the writers are young, have been through MFA programs, and share a left-wing sensibility that’s critical of capitalism and sometimes whiny. Nonetheless, the volume includes useful stuff about ghostwriting, agents, and the ups and downs of the writing business. Several writers talk openly about advances and royalties; most don’t. As in any book with many bylines, the quality of the essays varies—as does the language. (No surprise: Some writers enjoy cursing.)

Laura Ingalls Wilder was a prolific letter writer. Her letters capture the ordinary concerns of this important author and show her developing confidence as a novelist and how she discussed book-related details with her daughter Rose, an accomplished writer. Rose traveled internationally, and Laura’s letters often note her daughter’s far-flung adventures; but sometimes Laura was on the move, traveling with Rose: She wrote home to her husband about bad roads in Kansas, the pleasures of Colorado, and the sights along the way. The letters provide insight into the author and life during the 1920s and 1930s.

This well-told history brings alive the excitement that great men felt at the idea of establishing a zoo in London in the 1820s. Charman shows that Christian faith motivated some of the founders who envisioned the zoo as an opportunity to display creation. Others had more worldly concerns: Architects relished the challenge of building suitable buildings, and veterinarians wanted to study exotic beasts. (Since no one knew how to feed and house them, they had plenty of dead bodies to autopsy.) The project cost financial fortunes, resulted in many animal deaths, and overcame both changing tastes and competition from other zoos.

The book includes portraits of 66 soldiers wounded in the Iraq and Afghanistan wars. Alongside the portraits are profiles of the pictured soldiers along with details of their service and their connection to Bush 43. The book is striking because it shows President Bush really looking at and seeing the soldiers he put in harm’s way. He confronts the heavy burden they bear for his decisions—and by being included in a book, these men and women will continue to represent all those who fight. Bush’s expressionistic painting style captures the personality and vitality behind the broken bodies. 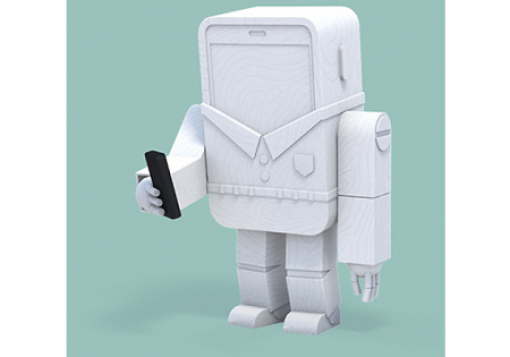 Tony Reinke’s 12 Ways Your Phone Is Changing You (Crossway, 2017) is well worth reading, dog-earing, and coming back to. He understands and writes about the tremendous power in our phones, and the great temptation they pose to us. He asks important questions: Does Facebook make us lonely? In our loneliness do we turn to it and feel worse? He points out hard truths about how we use our phones to gain approval, and he gives pastoral counsel: “If you crave fame and seek it through self-promotion, I plead with you to stop.” We are all tempted to misuse this great technological gift, especially when it comes to images, so Reinke wants us instead to “fill our hearts to the brim with glory so that our eyes learn to supernaturally scroll past the vapid images that naturally appeal to our eye lusts.” —S.O.