This look at the cohort the author dubs “iGen” relies on national data sets to describe the generation of young people who grew up with smartphones and social media. These innovations have played a formative role in the development of people who spend more time alone, less time with friends outside of school, and less time drinking and engaging in other risky behaviors. They are also more likely to be unhappy. The book’s many charts show the changes between this generation and previous ones. Takeaways: Delay giving kids smartphones—and limit access to social media.

Wild Things: The Joy of Reading Children’s Literature as an Adult

Handy learned about children’s literature as a child reader, a father reading to his children, and a scholar. He brings all those perspectives to this delightful, roughly chronological exploration of the genre. His first chapter focuses on Margaret Wise Brown, Goodnight Moon, and very young children. His last chapter focuses on E.B. White, Charlotte’s Web, and books about dying. In between he has an insightful chapter on C.S. Lewis and Narnia (written from an agnostic perspective) and a chapter connecting Maurice Sendak with fairy tales. Caution: That chapter has one obscenity.

A History of Children’s Books in 100 Books

This coffee table book tells the story of children’s publishing in Britain and other English-speaking countries through 100 books. The chosen books convey evolving understandings of child development, changes in printing technology, and changing literary taste. The book focuses on illustration and printing and offers many color plates, but its survey nature might disappoint readers seeking more insight: The Narnia tales receive only one paragraph. (C.S. Lewis gets several other mentions.) Those interested in modern picture books will be disappointed since the book stops at about 1980—with most chapters focused on trends prior to World War II.

‘This Infernal War’: The Civil War Letters of William and Jane Standard

During William Standard’s military service in the Union Army, he and his wife Jane exchanged more than 200 letters, which provide fascinating details about day-to-day life for a wife left behind in western Illinois, trying to provide for her children, paying off debts, taking in boarders, and raising livestock and crops. Her husband’s letters recount his days as a sergeant in the 103rd Illinois Volunteer Infantry Regiment, where he did much stealing of pigs and crops from farms throughout the South. Not surprising is their casual use of the N-word. More surprising is their occasional use of barnyard crudities. 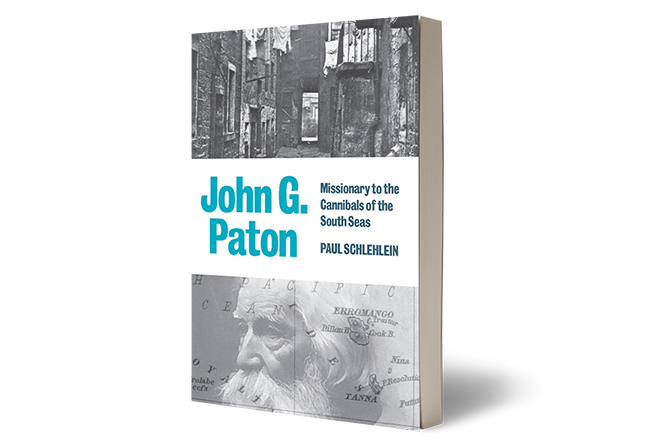 John G. Paton: Missionary to the Cannibals of the South Seas by Paul Schlehlein (Banner of Truth Trust, 2017) is an inspiring account of the persevering Scottish missionary who brought the gospel and planted churches in the New Hebrides (now called Vanuatu)—islands in the South Pacific once known for their cannibalism.

The pagan culture was cruel to women: “Fathers sometimes practiced infanticide on their baby girls. … Sons of competent age were expected to strangle their widowed mothers.” Though many church leaders did not want Paton to go, his mother and father were great supporters.

Author Paul Schlehlein, himself a missionary in South Africa, depicts the courage it took for Paton and others to go to these hostile lands—and the suffering they endured for the sake of the gospel. Divided into two parts, the book provides an account of Paton’s life and the principles we can learn from his experience. —S.O.