Off the pages, into the heart

PICTURE BOOK OF THE YEAR: WORLD’s 2018 Children’s Books of the Year section begins with a psalm-inspired story of classmate reconciliation

We publish in each issue one page of children’s book reviews, and we feature each year a special section spotlighting what our reviewers believe are the previous year’s most attention-worthy kids’ books in the fiction, nonfiction, and picture book categories. Of all the books published in 2017, our WORLD Picture Book of the Year is The Watcher (Eerdmans). Author Nikki Grimes and illustrator Bryan Collier developed it for an audience older—8 and up—than typical picture book users. It begins with the text of Psalm 121 laid out above a collage cityscape. We meet Jordan, a schoolboy who is miserable at school. Then his story begins:

Some days, even the ant towers over me, and I

cower in a forest of grass, waiting for the fear to lift

like fog, so I can be brave, rise up. 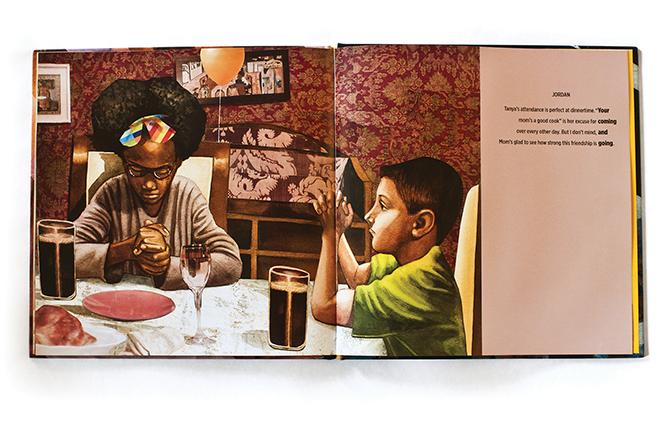 Note the words in boldface at the end of each line. They all come from the first verse of the psalm, “I lift up my eyes to the hills.” Poets call that the “golden shovel,” and it’s a form that flows throughout the book as Grimes tells the story of the bullied boy Jordan, who cries out to God in his misery, and the class bully, Tanya, who’s also miserable. Her story begins with these words:

Wish I was some other Who, living where

that place even exist? No. So I switch off my

hearing when Grandma says to ask you for help.

The story shows reconciliation beginning as Jordan sees Tanya in relationship to God.

People are puzzles, even Tanya—not all good, nor

all bad, but mixed. I try not to care, but the

Lord pokes me with his Word, mentions the moon

Tanya and I both sleep under, dream by.

God loves us the same, tucks us both in at night. 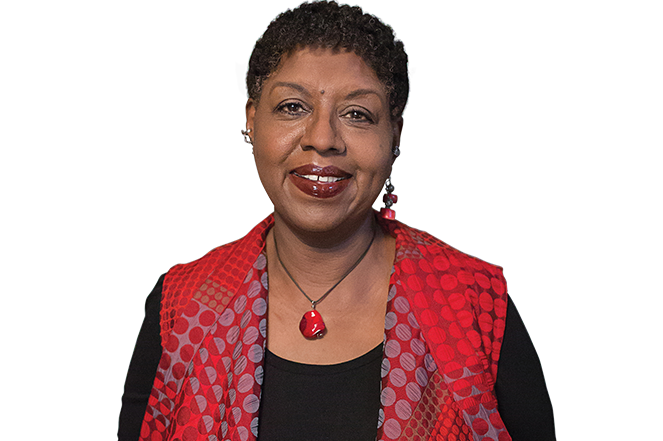 Illustrator Collier chooses somber colors. His illustrations have both a gritty and dreamlike quality. He explained to the Reading Rockets website why he likes collage: “A collage is like this wonderful metaphor for life. … Every moment of our life is like a piece of a puzzle, and has its own unique shape and size to it. And we don’t really know what it means until later on.”

The Watcher deals thoughtfully with heavy subjects—bullying, loneliness, love for the outcast, doing the hard thing, putting to death pride. But its focus is in the title—God—and it ends on a hopeful note. Tanya gets the last word:

Jordan and I stretch out in the forest of grass, both

imagining adventures we could have in the clouds, Now

that I’m still enough to notice, I feel the Lord here and—

no lie—he whispers, “I’m with you now and forevermore.”

RUNNERS-UP: PICTURE BOOK OF THE YEAR 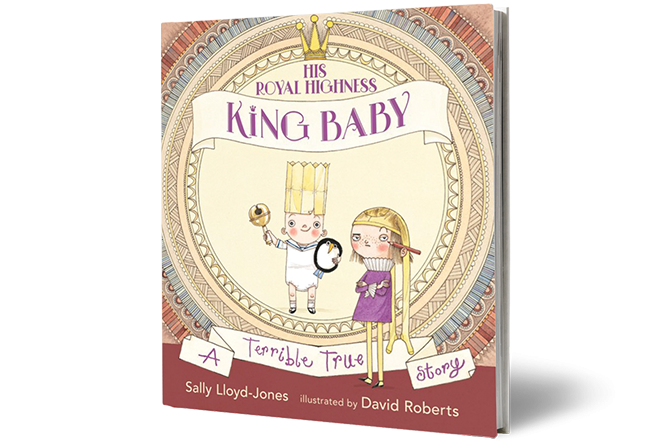 The big sister narrator of this delightful book describes herself as “the most beautifulest, cleverest, ever-so-kindest Princess with long, flowing, wondrous hair.” (Illustrations have her wearing a pair of blond pantyhose on her head throughout the book.) According to the narrator, “They all lived happily together in the Land, where there was always time for stories, plenty of room on your mom’s lap, and absolutely NEVER any screaming.” But Baby changes all that—for the worse. Then, at Baby’s first birthday party, Baby throws a temper tantrum—and only big sister can save the day by making him happy. (Ages 4-8) 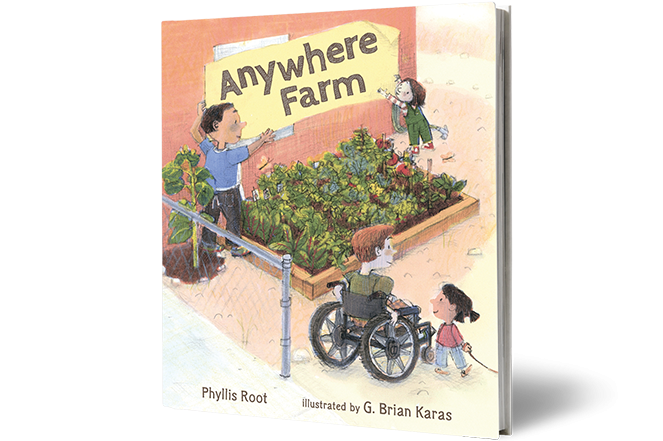 Root’s cheerful rhyming text is immediately accessible. “For an anywhere farm, here’s all that you need: soil and sunshine, some water, a seed.” G. Brian Karas’ fresh multimedia illustrations pair well with the text and show the simple beauty even the smallest seed can produce. The book’s subtler message about the difference individuals can make in their own backyards is itself a good seed to plant in young minds: “With your farm in a basket, and mine on a chair, with soil and sunshine and water and care,” one day all the “anywhere farms” could become “an everywhere farm—everywhere.” (Ages 2-5) 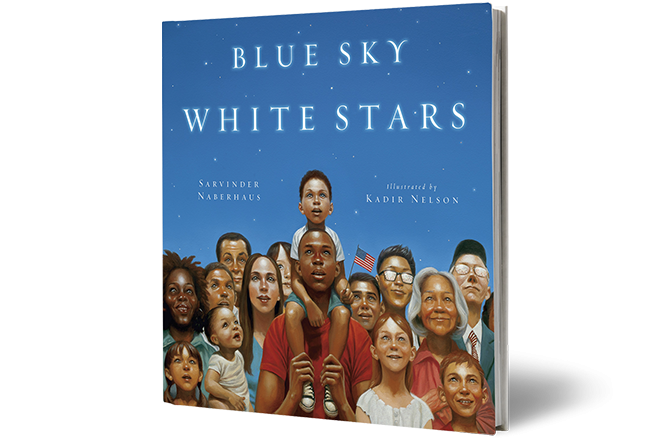 This visually stunning tribute to the actual Stars and Stripes contains few words and big ideas. On one two-page spread the words “Old Glory” appear twice. On the left-hand page the words accompany a picture of the Grand Canyon. On the right, they accompany a fireworks display. Another two-page spread shows a young girl hand stitching an early flag with the words “Sew together / Won nation.” The facing page shows faces of every age, tribe, and tongue with the words, “So together / One nation.” The book is aspirational, using words and text to point to the nation’s underlying values. (Ages 4-8) 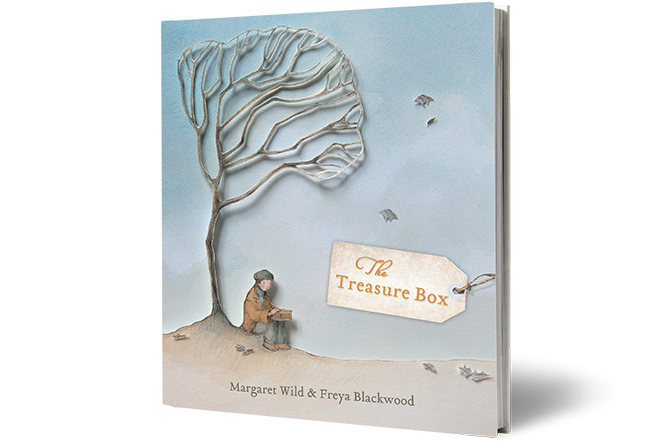 “When the enemy bombed the library, everything burned.” That’s how this melancholy picture book begins. Paper cutout illustrations show a town in ruins, and snippets of text float through the air. Only one book survived—Peter’s father had borrowed it. So when father and son flee their town, they carry this treasure with them: “This is a book about our people, about us. … It is rarer than rubies, more splendid than silver, greater than gold.” Peter’s father dies, but the boy promises to keep the treasure safe. This beautiful elegiac book deals sensitively with loss and sacrifice before ending on a hopeful note. (Ages 5-8)

Our committee of five mothers chose the four books above and two picture biographies as well. Children and parents will relish the many wonderfully drawn dragons in Caroline McAlister’s John Ronald’s Dragons: The Story of J.R.R. Tolkien (Roaring Brook). McAlister’s well-done endnotes and engaging style make this a book that will bear repeat readings, inspire perseverance under difficulty, and whet appetites for Tolkien’s writings. One of our committee members said the book “carried all of my kids’ attention (from a 14-year-old Tolkien fan to a 2-year-old enthralled with dragons).”

Sherri Duskey Rinker’s Big Machines: The Story of Virginia Lee Burton (Houghton Mifflin Harcourt) will carry readers back to the 1930s, when Burton’s Mike Mulligan was first published. Big Machines captures the creative process: Illustrations imagine the artist creating something out of the ideas in her head. The book celebrates Burton and shows her family inspiring her creativity. —S.O.

Susan is a former WORLD book reviewer, story coach, feature writer, and editor. She has authored eight historical novels for children and resides with her husband, Marvin, in Austin, Texas.