SPORTS | College athletes are cashing in on name, image, and likeness rights amid a shifting sports landscape

“How do you think Shaq got rich?” one main character asks his friend. “Playing in college,” the friend responds. “Everyone knows that!”

Now that the NCAA—not entirely by choice—lets athletes at its member schools profit from the use of their names, images, and likenesses (NIL), athletes are getting rich in college without taking money under the table. The new NIL arrangement solves one problem—schools making money from ­athletes’ images while the athletes received nothing—but creates new ones.

Almost instantly after the NCAA relaxed its NIL rules in July 2021 in the wake of a resounding defeat before the Supreme Court concerning the issue, college athletes commenced their pursuit of previously prohibited paydays. Whereas once they could not sell their autographs or ink deals to endorse products or businesses, now they could. Athletes could also launch their own clothing lines and get paid for private lessons or personal appearances.

Companies jumped at the chance to have college athletes hawk their wares: Bo Nix, a quarterback for the football team at Auburn University in Alabama last season, was among the first athletes to sign an NIL deal, with Milo’s Tea Co., a maker of sweet tea. Now that Nix has transferred to the University of Oregon, “Milo’s can move units in the Pacific Northwest,” Joseph Goodman wrote for AL.com.

It’s not only athletes in the biggest revenue-­generating college sports—football and men’s basketball—who are cashing in, either. Take Olivia Dunne: A gymnast at Louisiana State—Shaq’s alma mater—she competes in a nonrevenue sport. Still, Dunne is what one website calls a “NIL-ionaire,” having already earned more than $1 million in NIL deals—and she’s only a sophomore.

Twin sisters Haley and Hanna Cavinder, star guards for Fresno State’s women’s basketball team in California, are likewise millionaires already, thanks to their deal with Boost Mobile. As collegians, they’re earning more money than they would in the WNBA.

Athletes who have not even taken the field yet for their chosen schools are signing lucrative NIL deals, too: Jaden Rashada, a four-star quarterback recruit for the University of Miami in Florida, has agreed to a deal worth $9.5 million—reportedly the largest-known deal to date for a recruit.

As big a boon as freedom to pursue NIL deals has been for college athletes, it’s been fraught with problems as well.

To begin with, while the NCAA prohibits universities from using the promise of NIL deals to land recruits, some schools may be doing it anyway. The NCAA is investigating Rashada’s deal with billionaire John Ruiz, a prominent Miami booster, for precisely this reason.

It’s also why Alabama football coach Nick Saban got into a public squabble with Texas A&M coach Jimbo Fisher, with Saban implying his former protégé—who served as an assistant under Saban at LSU—used NIL ­promises to land the nation’s top recruiting class. Fisher had joked that his school “was going to incur a luxury tax in how much they paid for their signing class.” Saban responded by asserting that 25 Alabama players ­collectively earned $3 million in NIL deals “the right way.”

Another football coach, Mississippi’s Lane Kiffin, has called on the NCAA to institute a cap on student-­athletes’ NIL deals. Kiffin’s position might prove disastrous: Not only does it stand to alienate potential recruits, it could draw criticism as being hypocritical, as college football coaches have long earned millions not only from their coaching contracts but their own NIL deals. 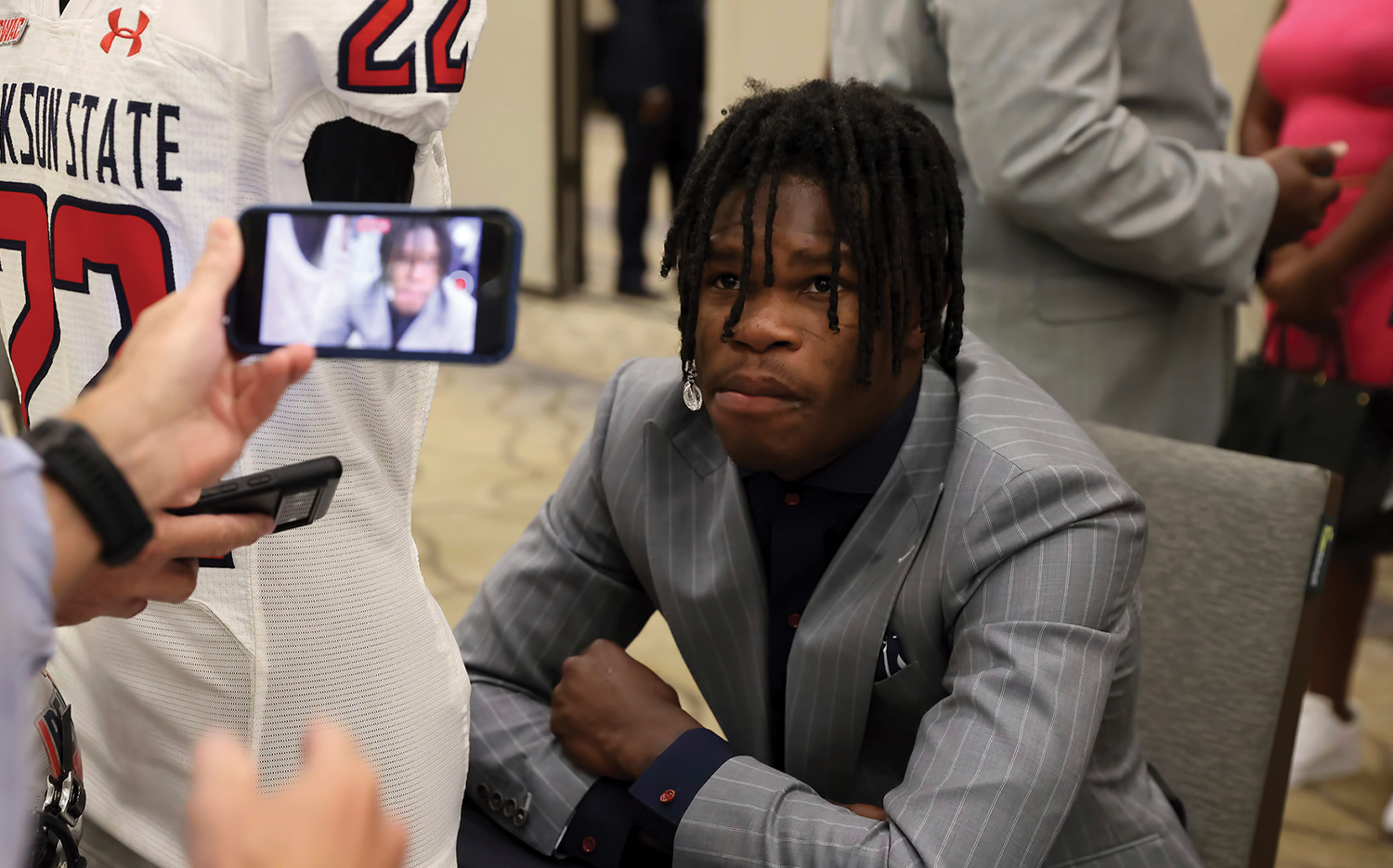 The Atlantic Coast Conference, one of college athletics’ so-called Power Five conferences, has called upon Congress to enact nationwide NIL restrictions. The ACC’s reasoning: Some states grant college athletes greater freedom with regard to NIL deals than others do, so schools in states with fewer restrictions arguably have a recruiting advantage. Florida legislator Chip LaMarca introduced an NIL bill in his own state for this reason after Florida State lost the No. 1 high school football recruit in the country, Travis Hunter, to Jackson State, a Mississippi-based historically black institution coached by former NFL and Florida State star Deion Sanders.

The NCAA’s relaxation of NIL rules has helped raise the profile of women’s sports, but that has created concerns, too: Washington Post writer Candace Buckner has accused companies of signing certain athletes—including Dunne and the Cavinder twins—based on their sex appeal rather than their athletic prowess. Buckner also bemoans that South Carolina women’s basketball star Aliyah Boston, who is black and led her team to an NCAA title in April, has only one NIL deal—from fried chicken chain Bojangles—whereas “the most sought-after endorsers look a certain way: hot, blonde and white.”

Observers expected college athletes’ hard-won right to make NIL deals to cause a seismic shift in the college sports landscape. Clearly, the landscape is still shifting.