The Trump campaign hasn’t proven widespread voter fraud, but states can fix problems that came to light during the 2020 election

On Friday evening, the United States Supreme Court rejected Texas’ unprecedented bid to stop four states from casting Electoral College votes, saying Texas had no legal standing to do so.

In a brief order, the justices said Texas’ lawsuit “has not demonstrated a judicially cognizable interest in the manner in which another state conducts its elections.” Justices Samuel Alito Jr. and Clarence Thomas said Texas had a right to file the lawsuit but added they would not have granted it the outcome it sought.

Texas Attorney General Ken Paxton had asked the court to prevent electors from Georgia, Michigan, Pennsylvania, and Wisconsin from casting their votes for Joe Biden, so that those state legislatures could appoint new presidential electors. The attorneys general of 18 other states and President Donald Trump also joined the suit. The Electoral College will vote Monday.

Most political and legal experts had predicted the case had little chance of succeeding.

“Federalism and sovereignty say you have authority over how your state does it,” said Ryan Burge, an assistant professor at Eastern Illinois University. “This is not a federal issue, this is a state issue. States get to set their own rules about registration or early voting or closed primaries; … the federal government can’t touch that.”

The lawsuit argued that government officials in those states weaponized the COVID-19 pandemic to change election laws, making it easier for people to vote by mail or vote absentee.

Ahead of the decision, the state of Ohio filed a noteworthy brief in the case. It said though it wasn’t taking Texas’ side, the court should resolve election questions going forward: How much can courts or states’ executive branches change election rules, as happened in several states before the 2020 election? Though the Trump campaign and its allies haven’t proved the wide-ranging voter fraud they’ve claimed, Ohio’s question is one of several that state government officials may look to address to restore the trust of voters skeptical of the 2020 election.

“The States need this Court to decide, at the earliest available opportunity, the question whether the Electors Clause permits state courts (and state executive officials) to alter the rules by which presidential elections are conducted,” Ohio Attorney General Dave Yost wrote. “If only to prevent the doubts that have tainted this election from arising again in some future election, the Court should decide, as soon as possible, the extent of the power that the Electors Clause confers on state legislatures and withholds from other actors.”

Amy Black, a political science professor at Wheaton University, told me some post-election litigation raised legitimate questions that “if validated, would be problematic. But many of these cases have also asked for very extreme remedies, such as throwing out the results of entire elections, that don’t follow election law precedent.”

Voters in states where election laws were changed did have the opportunity to challenge the changes.

In one case, Congressman Mike Kelly, R-Pa., asked the Supreme Court to overturn the election results in Pennsylvania because he claimed it acted unconstitutionally when it expanded its mail-in voting system in 2019. But the state Supreme Court rejected his lawsuit, saying that he had filed it too late. The time to challenge those changes would have been before the election. The U.S. Supreme Court, with no dissents, also rejected Kelly’s case.

Post-election scrutiny has highlighted other questions.

With a record-setting number of mail-in ballots used in 2020, maintaining accurate voter rolls has grown in importance.

“Voter rolls are the biggest mess ever because people change their names, they get married or divorced … people move now quite frequently and don’t update their address. They don’t respond to mail. There’s a ton of reasons why voter rolls are not good but it’s insanely hard to have an accurate voter roll,” Burge said.

On Saturday the Trump campaign asked Georgia’s Supreme Court to rule on its lawsuit claiming more than 140,000 people cast ballots in Georgia who weren’t on the voter rolls. The lawsuit also claims Georgia was too lax in checking voter signatures.

Burge pointed out that voter rolls have always faced questions of accuracy, and this year is no different. But states should have checks in the system to make sure that a clerical error doesn’t lead to a fraudulent vote.

Still, on the whole, experts say that, given the challenges presented by the COVID-19 pandemic, the election went better than expected.

“No election is fraud-free, but lots of protections are in place, and criminal penalties apply,” Black said. “No one has shown any evidence of widespread voter fraud in the 2020 election.”

Kevin Kosar, a resident scholar with American Enterprise Institute, said the U.S. Postal Service needs to improve tracking and communicating the speeds at which it processes mail, particularly election-related mail. “That would have put to rest so many of the rumors about how Trump and Postmaster General [Louis] DeJoy would steal the election by slowing mail ballots, which of course didn’t happen,” Kosar said.

He also thinks some states and localities could consider changes to allow election officials to tally mail-in and early ballots ahead of election night to get quicker results and place less stress on ballot counters and observers.

“It’s like working in a restaurant and someone ordering 50 hamburgers at once instead of [ordering them] spread out over five hours,” he said.

Some of that tension played out in Georgia after a 90-second video surfaced from election night that Trump’s legal team called proof of suspicious activity.

In the clip, a group of election observers and reporters file out of a room in Atlanta’s State Farm Arena where ballot counters had just stopped processing votes and were starting to pack things away. It was around 10:30 p.m. A few minutes later, the counters pull out containers of ballots from under tables. They resume work, this time unsupervised.

There were “no magically appearing ballots,” Gabriel Sterling, an election official in Georgia Secretary of State Brad Raffensperger’s office, told WSB-TV in Atlanta. The uncounted ballots were in sealed ballot containers that election workers around 10 p.m. placed under a table in view of election observers. “They were planning on going home,” Sterling said. As ballot counters began putting things away and some left, the media and observers left the room.

A few minutes later, according to the Secretary of State office, Fulton County elections director Rick Barren called the workers’ supervisor with a warning: Employees shouldn’t call it a night so early. So, they pulled out the containers and resumed processing ballots. 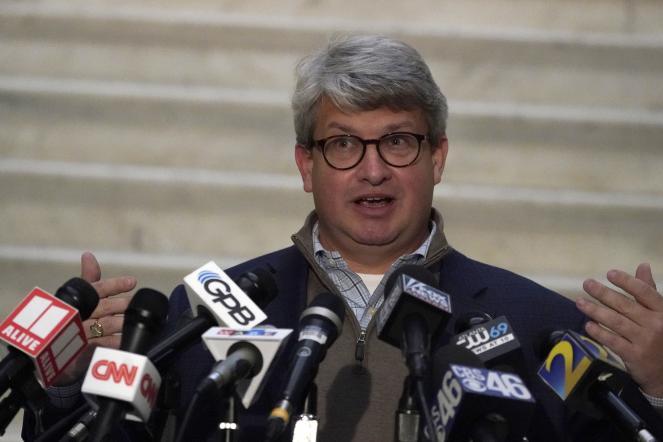 Some question whether election workers told observers to leave. Ballot observers signed affidavits saying they were told counting had ceased for the night and would not resume until the next morning.

State election investigator Frances Watson told Lead Stories there was never an announcement about counting being over for the night or people needing to leave, but that contradicts what news media reported on election night.

In response to the confusion, Raffensperger’s office told National Review that it has launched an investigation into “why the monitors from the political parties left before scanning ended.”

Despite these issues, election officials said nothing nefarious happened during the unsupervised period.

The incident became part of a lawsuit that Trump ally Sidney Powell filed alleging conspirators rigged the election by switching votes from Trump to President-elect Joe Biden using Dominion voter machines. A U.S. district court tossed out the lawsuit on Dec. 7, the same day Georgia recertified its results following another recount that confirmed Biden won the state by around 12,000 votes.

Georgia is among a group of states that within the last couple of years has replaced antiquated electronic voting machines with machines that produce backup paper ballots.

Julian Sanchez, a Cato Institute expert on technology and privacy, noted there are eight states that use all-digital voting machines with no paper ballot backups. But they’ve received almost no attention because they went decisively for Trump, or in New Jersey’s case, for Biden. Meanwhile, Georgia, Michigan, and Pennsylvania have faced the most scrutiny despite making reforms within the last couple of years. These battleground states all have a paper trail to back up their voting results.

“States and state officials that are under attack are in many cases states have done everything experts say you should … at substantial cost,” he said.

—WORLD has updated this story to correct the spelling of Georgia Secretary of State Brad Raffensperger’s name.