A longtime translator for the U.S. military watches his options for escaping the Taliban disappear

For the last two weeks, James, an Afghan who for seven years worked as a translator for the U.S. military, has been trying everything he can imagine to get out of Afghanistan.

By the account of his U.S. commander, Brad Lovin, James has risked his life many times on missions with Americans. And he’s been trying to get out of Afghanistan since 2014, when he first applied for the Special Immigrant Visa (SIV) program.

But James (WORLD is using a pseudonym because of security concerns) is about to be abandoned after the United States repeatedly promised for years to help translators get out.

“Those who helped us are not going to be left behind,” U.S. President Joe Biden said in June, referring to Afghans.

Every time someone knocks on the door, James’ 8-year-old, the oldest of three children, jumps and asks if it’s the Taliban. James has tried to comfort the child by saying the Taliban is the government now.

The Taliban arrived at the houses of neighbors, who were in the Afghan army, and took them away, he said. The Taliban hate Afghans who collaborated with Americans more than they hate Americans, he said.

While James has waited for an SIV since 2014, his American commander, Lovin, also applied for a P-2 visa for him. They also applied through the United Kingdom government, but that hope evaporated on Saturday as the U.K. ended evacuation flights. Over the years he has tried smuggling routes out of the country. Nothing has worked.

This week James waited for hours in several feet of filthy water outside the airport gate with his SIV application documents and letters of recommendation from Lovin and other American commanders. U.S. soldiers said they were only allowing U.S. passport and green card holders. James finally left when he could no longer stand.

“The U.S. has all my information,” he said. “If I put one finger on that biometric machine, they will know everything. … How much proof do they want?”

On Thursday, after brother-in-law Ali and Lovin warned about an impending terror attack, James left the gate where a suicide bomb exploded hours later. On Friday he went back to the gate, hopeful after the United States said it would continue evacuations. He knew the window of escape was closing, but part of him also hoped his plan wouldn’t work out: Finding a way into the airport meant that his wife and three children couldn’t come with him. His son had asked why he was going to the airport alone.

He spent all day Friday trying to find an American to whom he could show his documents. American soldiers said the gates were closed: Leave or be shot. People told him to try another gate, but he had to pass through three Taliban checkpoints—telling them he was going to see relatives outside the airport—and a fourth turned him away. He looked for other routes to the airport and saw Taliban patrolling everywhere.

His and his family’s hopes have risen and fallen since then. Lovin, not only a former military commander but the former head of international security at Samaritan’s Purse, has been working contacts to try to find a way out for him. On Friday night, Lovin told James to be ready to leave at a moment’s notice. James said he and his wife stayed awake all night looking at their phones, hoping for the word they could go. But that option had dried up by the morning. Lovin texted other options he was working on. James adjusted his expectations and tried to recover from disappointment.

“I have experienced this many times,” he said. The worst disappointment was in 2019, when the U.S. Embassy in Kabul told him to come with his passport to get his visa. But when he showed up, officials said the visa was denied without further explanation. They told him to check his email for more information, but nothing came.

James reapplied to the SIV program, but since the Taliban takeover, he hasn’t heard anything from the U.S. government—only from Lovin, and his brother-in-law, Ali.

Now with the airport evacuation ending, he is preparing for a possible overland escape. 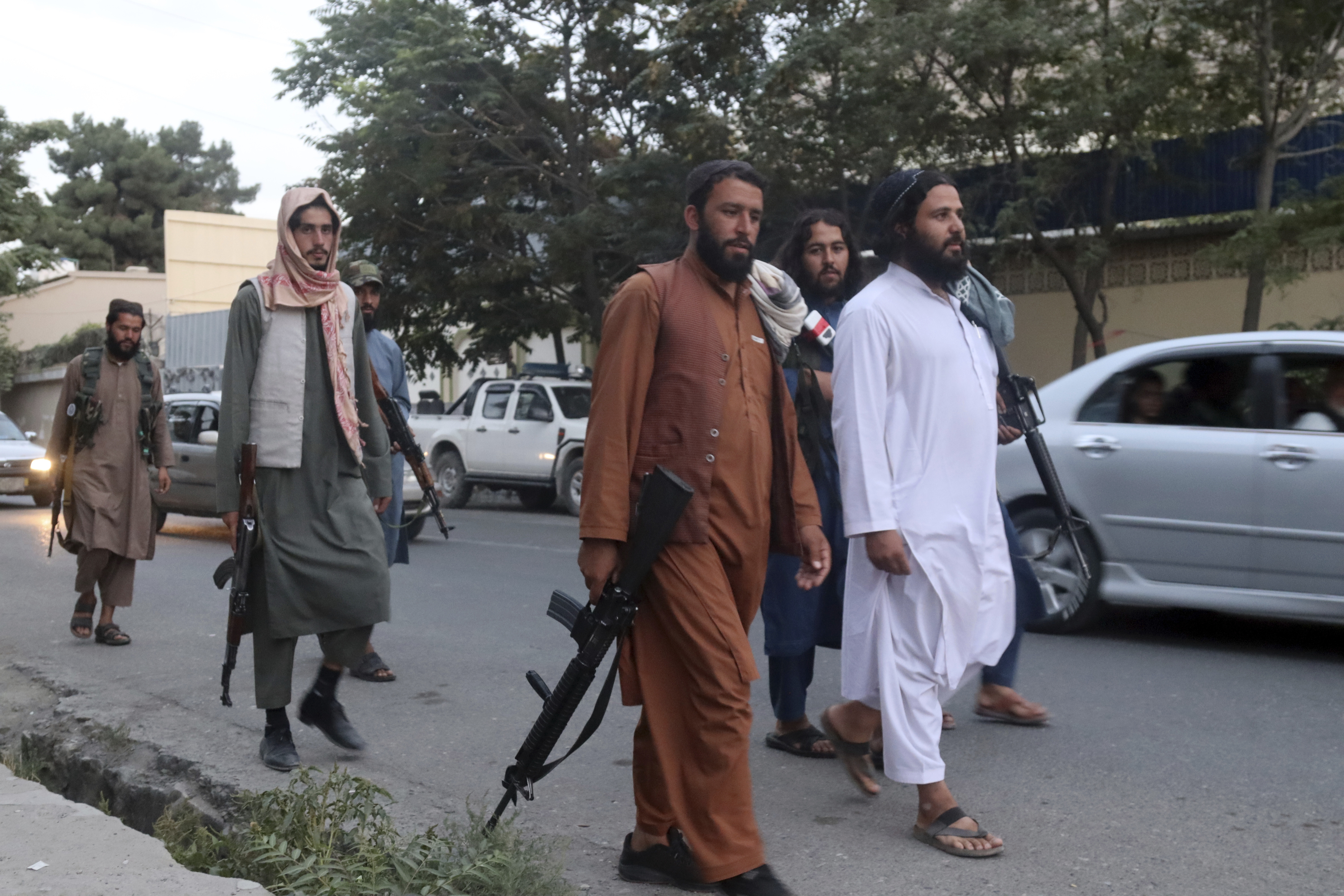 James became a translator for the United States in 2008, when he was 18 years old. As a young teenager he had studied English intensely for the chance to go to a university abroad. His brother-in-law, Ali, was already working as a translator for the Americans. Ali told him to finish school first and then they would figure out how to find him a job.

The U.S. military hired James to translate simple conversations about supplies, then meetings. Then he moved on to training Afghan soldiers before serving on combat missions alongside American soldiers.

“Those interpreters who day in and day out are getting shot at with our guys ... You can’t fight these kinds of wars without people on the ground who are helping you,” said retired Air Force veteran Lt. Col. Fred Hixson, who served in Afghanistan.

Every day James took precautions to hide his work with Americans in case Taliban fighters stopped him on the road. He left his badge at the base, Camp Clark, and got rid of other signs, like a dollar or a photo on his phone. In later attempts to get out of the country he was asked for photos of himself with American soldiers as proof, which he had a difficult time finding because of his own security precautions.

Outside the base he wore a big scarf and sunglasses and changed his accent to hide his identity. He deleted contacts or conversations on his phone and only told Ali when he was leaving the base to avoid possible targeted attacks. For the five years he worked at that particular base, he avoided his extended family nearby so they wouldn’t know he was working for the Americans. Some of his friends were shot on their way home from work with Americans.

I asked if he thought America broke a promise to him. “What do you think?” he said. “I still have hope. I am still waiting for my P-2, my SIV. My captain [Lovin] said he is trying his best.”