How to Read a Book

Adler’s book from 1940—updated with Van Doren in 1972—offers a detailed look at how to read efficiently. He systematically presents four levels of reading (elementary, inspectional, analytical, syntopical) as well as best practices for each, including note-taking advice and questions for readers. While Adler can be too granular at times, he sheds much-needed light on a murky subject. The 1972 version includes 130 book recommendations, many drawn from the Great Books of the Western World series Adler helped curate. Although he touches on genres like poetry and fiction, Adler’s prescriptions for nonfiction books and classics shine brightest.

A Conflict of Visions

Over the last five decades, economist Thomas Sowell has written more than 40 books dealing with economics, politics, and culture. In his 1987 book A Conflict of Visions, Sowell reveals the centuries-long conflict between the conservative, “constrained” worldview and the liberal, “unconstrained” worldview. Sowell firmly sides with conservatives, pointing to human moral limitations as the main “constraint” on our political and economic solutions. But his clear perception of both sides of the political aisle—particularly on hot topics like social justice and equality—increases the book’s relevance today. Sowell occasionally embraces un-Biblical ideas, such as evolutionary theories about human knowledge.

Animal scientist Temple Grandin designed more than a third of livestock-handling facilities in the United States. Yet Grandin lives with autism, a neurological disorder that made communication and social interaction impossible in her early years. Her 2006 book Thinking in Pictures unpacks her experience and suggests best practices for helping autistic people today. Although the inspiring HBO biopic starring Claire Danes (Temple Grandin, 2010) gives a better introduction to Grandin’s life, Thinking in Pictures is an informative and compelling view of life on the spectrum. One caution: In a final chapter, Grandin offers a view of God uninformed by Scripture.

False teaching, trials, persecution. Lloyd-Jones covered these and many other causes of spiritual depression in his 1950s preaching series on the topic. In the sermons’ book form, Lloyd-Jones begins by pointing out that followers of Christ can and do get depressed. When that happens, we need not despair. Rather, “fly to Him at once and He will receive you and bless you.” The book reads faster and more conversationally than many classics, yet Lloyd-Jones doesn’t shy away from weighty doctrines such as justification by faith. A challenging, faith-building read at any stage of the Christian walk. 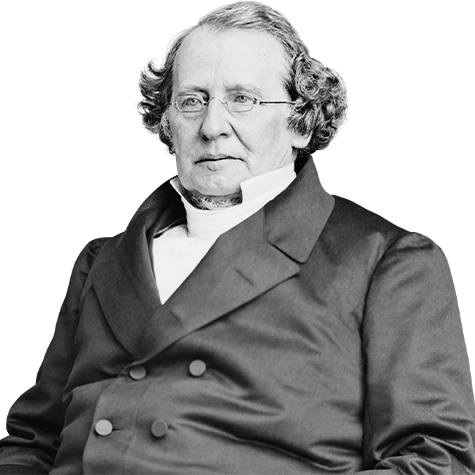 In 1859, Charles Darwin published the first version of the book he later titled On the Origin of Species. In it, he proposed a theory of natural selection, overturning prevailing concepts of creation in biology. Readers who want to think critically about Darwin’s work might try What Is Darwinism? by Charles Hodge, former principal of Princeton Theological Seminary. Published in 1874, many of Hodge’s arguments remain relevant, especially on philosophical issues like purpose in design.