Why did a company’s loss of almost a million subscribers translate into a stock surge? Because analysts had predicted twice the bleed. For the second quarter of this year, Netflix reported that its total number of subscribers plummeted by 970,000. But since the streaming platform was expecting 2 million to leave the fold during the three-month period, investors saw this as good news.

There’s something to be said for setting the bar low.

The Gray Man rings up as Netflix’s most expensive film to date: price tag $200 million, a cost of nearly $1 for each of the platform’s 220 million paying customers worldwide. It’s a gamble Netflix hopes will pay off, but low expectations will be necessary to save the day for The Gray Man. This spy thriller has plenty of blockbuster bang, but viewers hoping for a compelling story or a complex lead character, such as in The Bourne Identity, won’t find either.

The Gray Man opens in a Florida prison in 2003, where a CIA recruiter (Billy Bob Thornton) offers to commute Courtland Gentry’s (Ryan Gosling) 30-year sentence in exchange for an “indefinite” period of service with the agency. Gentry will become a “gray man,” a hired contractor with no official file who can carry out the CIA’s dirtiest jobs.

Fast-forward to the present day. Gentry has a reputation as an accomplished killer and now goes by the name Six: He quips, “007 was taken.” Before one of Six’s targets succumbs to knife wounds, the dying man gives Six a memory card with evidence incriminating top CIA officials, including chief of station Denny Carmichael (Regé-Jean Page). 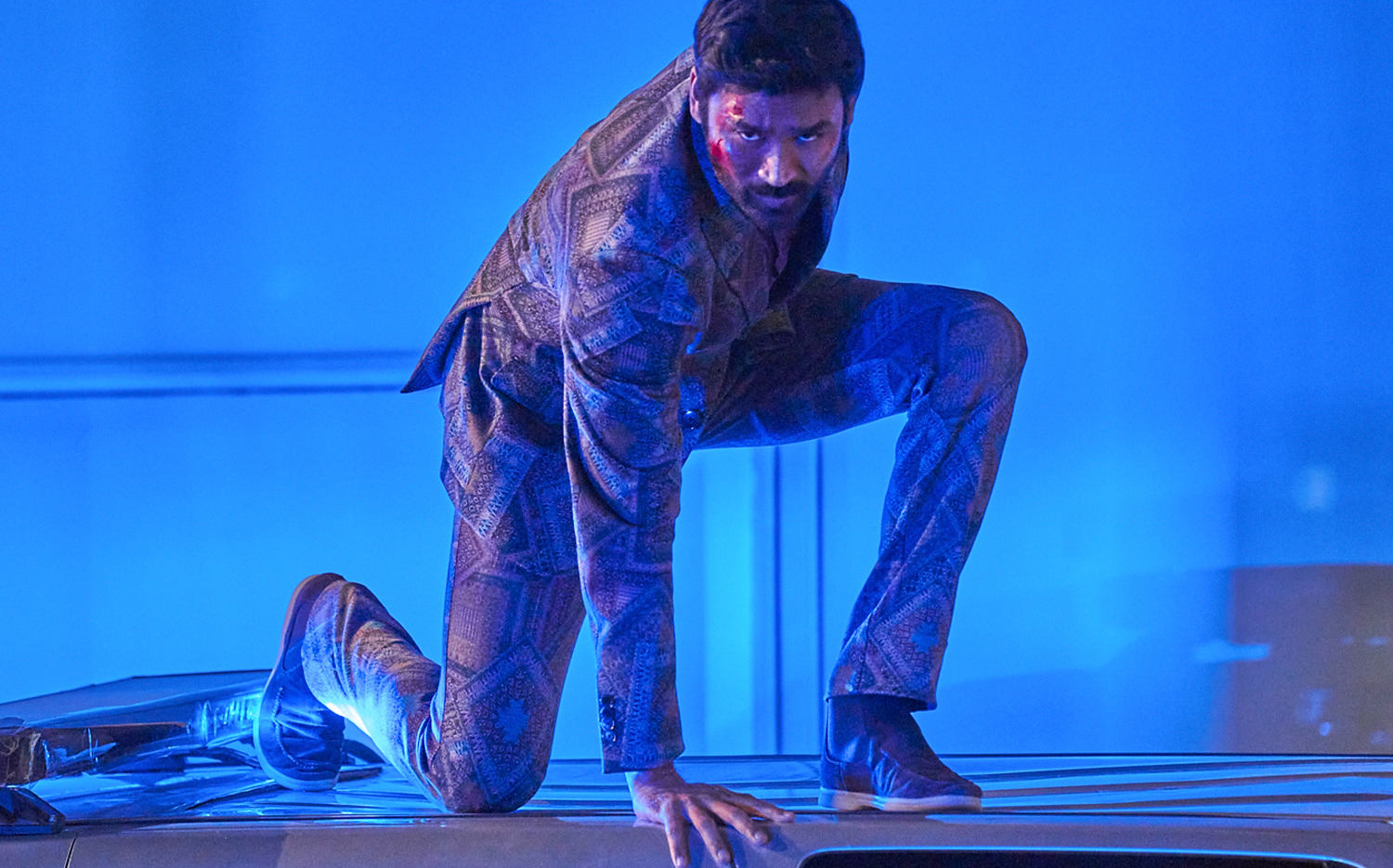 Carmichael enlists Lloyd Hansen (Chris Evans), a “sociopath” former CIA agent, to silence Six before he can leak the compromising information. Hansen sends squads of hit men to pursue Six around the globe. Some of Six’s escapes fail the plausibility test, but other engagements are clever. For example, standing on top of a trolley speeding through the streets of Vienna, Six sees the reflections in passing store windows of the bad guys inside the car, enabling him to shoot them through the roof. The fast-paced scenes dart from one exotic locale to the next, but early on it’s clear where the film is going. With occasional help from by-the-book CIA agent Dani Miranda (Ana de Armas), Six will survive every confrontation so he can face off against Hansen in a final showdown.

In an action movie, viewers should expect action, but the film deserves stronger than its PG-13 rating for its language, bloody violence, and scenes of torture. The Gray Man majors in transcontinental mayhem with a Teflon hero and a ruthless villain who possess lethal combat skills. There are gun battles in different countries aboard multiple modes of transportation—all with impressive stunts and special effects.

The film has a strong pedigree. It adapts Mark Greaney’s novel of the same name—the first of an 11-book series out of which Netflix hopes to build a franchise—and it’s directed by the Russo brothers, whose portfolio includes installments of Avengers and Captain America. But if this first film’s one-dimensional characters persist, they’ll find streaming numbers disappointing.

The Russo brothers attempt to give the felon-turned-assassin hero a sympathetic mandate, and flashbacks to Six’s past mitigate his dark career trajectory. The plot also includes a young vulnerable female character (Julia Butters) whose need of rescue complicates but also ennobles Six’s efforts.

But ultimately Six and Hansen aren’t that different. They look alike, communicate mainly in one liners, and dispatch their foes without remorse. By the movie’s end, however, a sufficient number of disreputable characters survive to set up a sequel consisting of more low-bar showdowns.

Bob is a movie reviewer for WORLD. He is a World Journalism Institute graduate and works as a math professor. Bob resides with his wife, Lisa, and five kids in Bel Air, Md.