Casting out the devil?

Some call for the removal of Arizona State’s mascot, Sparky the Sun Devil

In the ongoing debate over offensive sports teams’ names and mascots, those incorporating satanic references or images have flown under the radar.

Until recently, that is: Arizona State University’s Sparky the Sun Devil, a cartoonishly sinister, pitchfork-wielding demonic figure whose appearance tracks closely with what artists have traditionally imagined Satan might look like, placed eighth in a online survey ranking America’s most offensive college mascots. Sparky also ranked seventh in a related survey ranking the creepiest college mascots. (Quality Logo Products, the Illinois-­based company that conducted and published both surveys, has since removed both from its website after backlash from fans.)

“Evil and heat, biblically speaking, has not been a popular combo,” Donnie Druin wrote for The Arizona Republic, a Phoenix-based newspaper that covers Arizona State athletics. The Republic responded with its own informal Twitter survey that found more than 90 percent of the 1,800 respondents deemed the Sun Devils’ name and mascot not offensive at all.

Still, the now-disappeared Quality Logo surveys are interesting for two reasons. First is the absence of other satanic-themed college mascots such as the Duke Blue Devils, the Wake Forest Demon Deacons, and the DePaul Blue Demons. All three mascots, incidentally, represent universities with religious origins.

The other reason is that while reporting on the survey, the Republic stumbled across a year-old fan petition, started by Joe Forte Jr., to rename Arizona State’s teams the Sun Angels. “Anyone with an ounce of Christian belief will have a hard time pledging allegiance to … being loyal to … or spending money with the devil,” the Change.org petition declares.

An Arizona State alumnus who lives within three miles of the school’s campus, Forte recommitted his life to Christ in 2020. Soon after, he began feeling convicted about supporting the athletic programs of his alma mater due to its satanic themes. The student section at ASU sporting events calls itself the Inferno: “We give our opponents HELL!” the Inferno’s website proudly proclaims. ASU fans also extend their arms and point their middle three fingers, simulating a pitchfork, at opposing teams.

Forte promoted his Change.org petition daily on his social media accounts for a while. Eventually, after his petition generated about 3,000 signatures, he stopped: “I put it in God’s hands,” he said. “If He wanted the name to change, something would happen.”

No name change is on the horizon yet, but the recent surveys did revive interest in Forte’s petition.

Forte’s “Sun Angels” idea makes sense: For one thing, in perhaps the most ironic pairing of team and venue in sports, Major League Baseball’s Los Angeles Angels play their spring training games at Diablo Stadium near Arizona State’s campus (diablo is Spanish for “devil”). For another, ASU’s track-and-field venue is called Sun Angel Stadium, and the school’s booster club calls itself the Sun Angel Foundation.

There’s also this to consider: Tampa Bay’s baseball franchise bore the name Devil Rays—a reference to a batlike black fish whose head features two fleshy growths resembling horns—from their inception in 1998 until 2007. During that time, the Devil Rays won less than 40 percent of their games and finished last in the American League’s East Division nine times. In 2008, their first season after dropping the “Devil” from their name, the rebranded Rays reached their first World Series.

Arizona State has only won three football championships in the conference now known as the Pac-12—the last in 2007, when the Sun Devils shared the title with the University of Southern California—and none in men’s basketball. Based on what happened with the Rays, superstitious sports fans—of which there are many—could argue that by casting the devil out of Arizona State, the school could be setting itself up for success in its biggest revenue-generating sports. 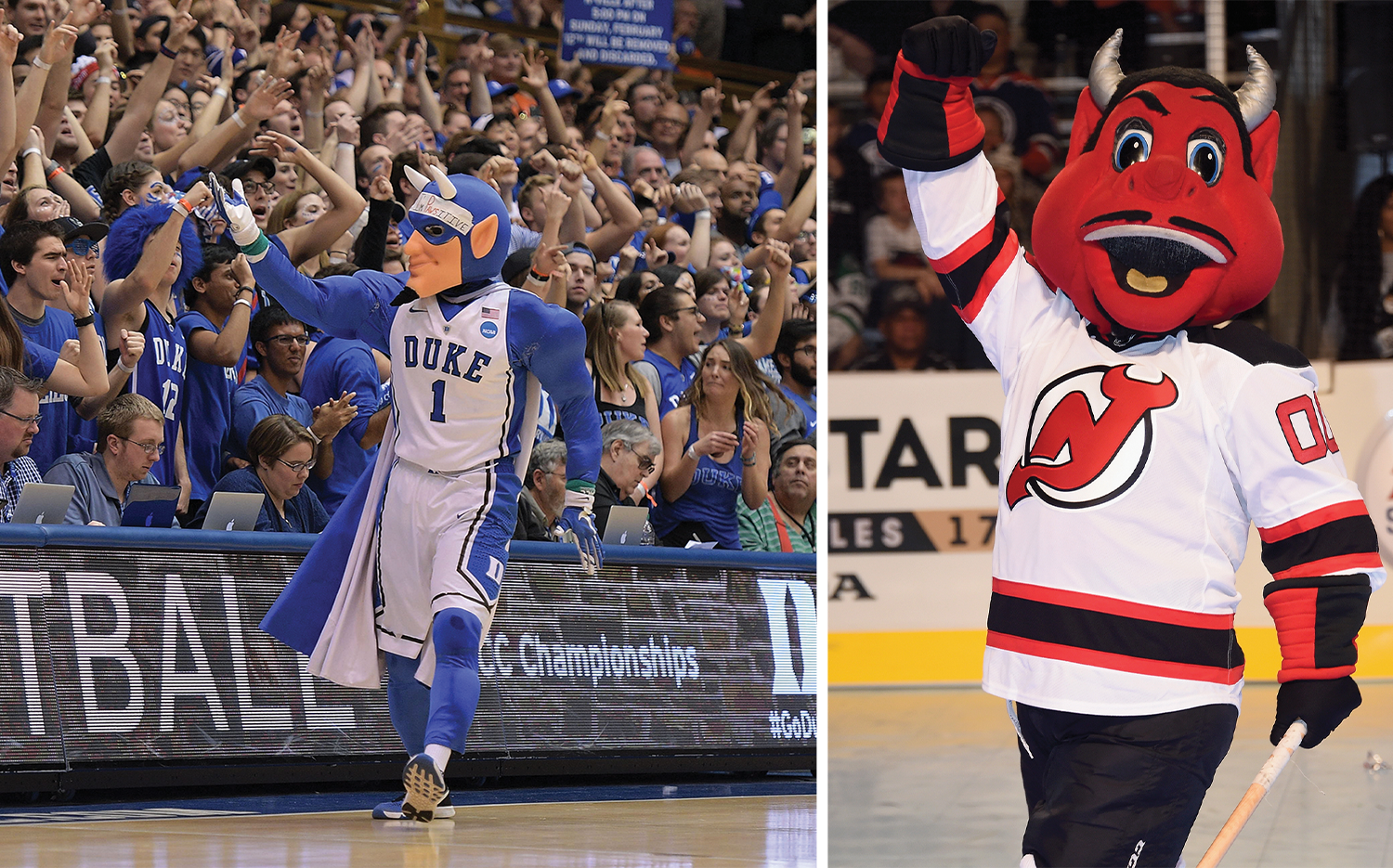 Of course, there are counterpoints to that argument: In pro sports, the New Jersey Devils of the National Hockey League won three Stanley Cups between 1995 and 2003, whereas baseball’s Angels have only won one World Series in 60 years. In college basketball, Duke’s Blue Devils have gone to 12 Final Fours and won five national titles in the past 41 years under coach Mike Krzyzewski, most recently in 2015.

Forte has gotten some blowback from some ASU fans, including some former friends from his college fraternity. Some complain an angel shouldn’t be the symbol of a public university.

Ironically, those same fans don’t mind their school being associated with an equally religious figure: “The devil comes from the same book,” Forte said. “I’m not trying to make Arizona State a Christian school,” he said. “I’m trying to save it from being a demonic one.”