Susan Olasky, WORLD’s story coach and obituary editor, typically reads more than 1,000 obits a year and includes paragraphs on 250 of the dead in our News of the Year issue. Some lives full of ups and downs call out for longer treatment, so here’s the first in an occasional series.

WHEN DAVID WISNIA died on June 15 at age 94, obituaries focused on his singing. He sang to save his life, literally.

Born in Poland in 1926, by age 10 he was soaring high, singing in synagogues, theaters, and on Polish radio. Hitler’s army invaded Poland on the day after Wisnia’s 13th birthday. When he was 15, Germans shot his parents and sent him to Auschwitz.

Wisnia at the concentration camp claimed to be 18, which put him with the able-bodied men rather than the women and children, whom the Germans murdered. They put Wisnia to work hauling away the bodies of those who died by throwing themselves against the electric fence.

His situation improved when a Nazi guard demanded to know who among the Jews could sing. Wisnia became a privileged prisoner, playing piano and singing for the German guards.

Wisnia survived almost three years in Auschwitz, much longer than the typical prisoner. Germans rewarded their captive singer with extra food. His secret romance with a female prisoner with access to transport lists kept him from being sent to another camp with worse conditions.

In December 1944, as the sound of artillery drew closer and rumors of Russian advances swirled through the camp, the Germans began moving prisoners west into Germany. Wisnia’s group marched in the freezing cold to ­Gliwice, about 30 miles away. From there a train carried the prisoners to Dachau in southern Germany, about 400 miles west.

Wisnia had survived Auschwitz’s deadly order—but chaos reigned in Dachau. With prisoners from other camps pouring in, the camp’s supply of food and beds ran out. Wisnia and others were starving, but he saw a notice for volunteers able to lift 25-pound bags of cement. He signed up with the hope of escaping—and succeeded.

Wisnia hid in barns during the day and walked at night, until early one morning he saw a column of tanks and trucks with white stars on them. He ran toward them, not caring if they were Soviet or American. The lead tank stopped, the hatch opened, and Wisnia soon was helping the U.S. Army’s 101st Airborne Division understand the Poles and Germans it encountered. 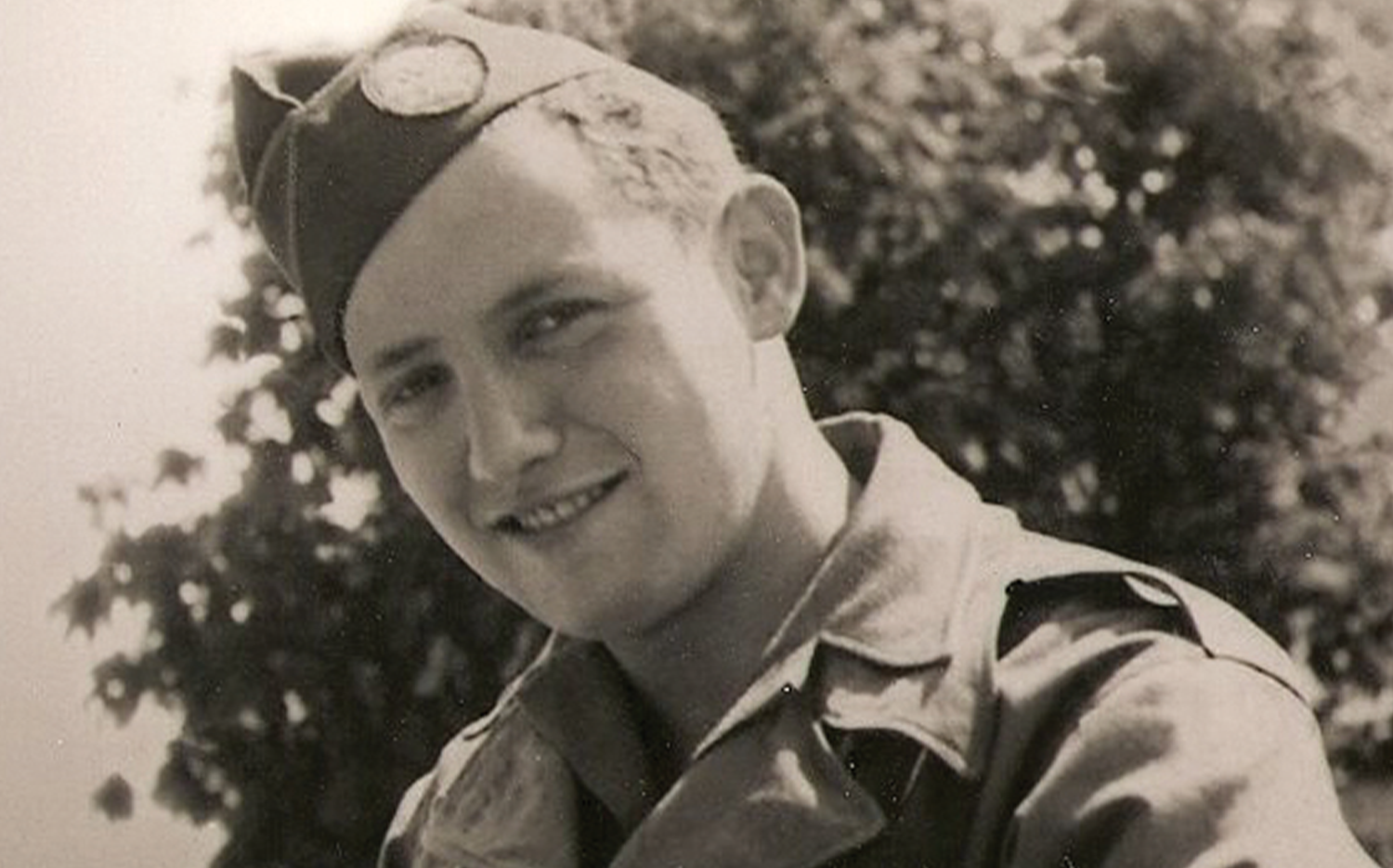 Wisnia in 1945 in his Army uniform Handout

The Americans called him Little Davey and gave him an American uniform. He spent the last months of the war eating at the officer’s mess and helping to interrogate Nazis. Eager to leave Europe and its memories, he came to the United States aboard a troop ship and settled in New York.

Wisnia met his wife, Hope, and had four children. He sold encyclopedias, became a synagogue cantor, and performed internationally, returning to Auschwitz several times. He sang at 101st Airborne reunions and spoke often to school groups about his experiences in Auschwitz, although he didn’t go into “the details of the daily horror.” Sometimes he sang a song he composed in the camp. He urged students to “live a life with meaning and purpose.”

Wisnia’s wife died in 2018 after 69 years of marriage. He grew frail and entered an assisted living facility. When the COVID-19 pandemic hit, he was unable to see his family in person for almost a year. His grandson, also a musician, told The New York Times of his grandfather’s final upward surge by singing “to the nurses and doctors and staff at his residence and every time we spoke on the phone … always singing.”