A teacher at Alliance Primary School, a private Christian school in Hong Kong’s Kowloon Tong district, designed a fifth grade lesson plan about freedom of speech for a class in March 2019.

It didn’t turn out so well.

In the lesson plan, the teacher included Hong Kong’s mini-constitution (the Basic Law), the Universal Declaration of Human Rights, a 20-minute documentary featuring the pro-independence Hong Kong National Party, and an accompanying worksheet. The teacher, who has not been publicly named, did not teach the lesson himself—he instead designed it for his colleagues’ use.

But this year in late September, the Education Bureau permanently canceled the teacher’s registration, citing professional misconduct. Without registration, he can no longer teach in Hong Kong.

Michelle Li, the permanent secretary for education, said at an Oct. 6 press conference that the teacher had “disseminated pro-independence messages.” His lesson plan “contained biased and twisted content that caused students serious impact and harm,” added Li, who is authorized to revoke teacher registrations under the Education Ordinance. Education Bureau officials emphasized that any notion of Hong Kong independence contradicts the Basic Law and said there was no room for classroom discussion of separatism.

The sweeping national security law that Beijing enacted on June 30 to criminalize secession, subversion, foreign collusion, and terrorism has resulted in a purging of dissent in the education sector: Libraries have pulled pro-democracy books off shelves, publishers have rewritten textbooks, and schools have cut ties with teachers for their activism.

This is the first deregistration of a teacher over materials the government deems problematic. It also bars the private school teacher from entering any school premises, including a private school. Prior disqualifications were generally due to convictions of offenses punishable with imprisonment, such as sex crimes.

The Education Bureau also reprimanded the principal and vice principal of Alliance Primary School for inadequate supervision and warned three staff members who taught with the censured lesson plan.

The disqualification of the “professional” and “passionate” instructor with close to 20 years of teaching experience “violates procedural justice,” states an online petition signed by more than 1,800 parents and former students of Alliance Primary School. The petition points out the bureau’s lack of transparency and lack of evidence: There was no disciplinary hearing, and officials overturned the school’s internal investigations, which had cleared the teacher of misconduct.

Former students and parents also placed a rallying cry in the pro-democracy newspaper Apple Daily. The Oct. 9 front-page ad called on Alliance Primary School students to “arise” and “know what is right,” quoting Isaiah 51:7: “Hear me, you who know what is right, you people who have taken my instruction to heart: Do not fear the reproach of mere mortals or be terrified by their insults.” Citizens participating in an email campaign have also sent about 38,000 emails to Li and Secretary for Education Kevin Yeung asking for the disqualified teacher to be reinstated. 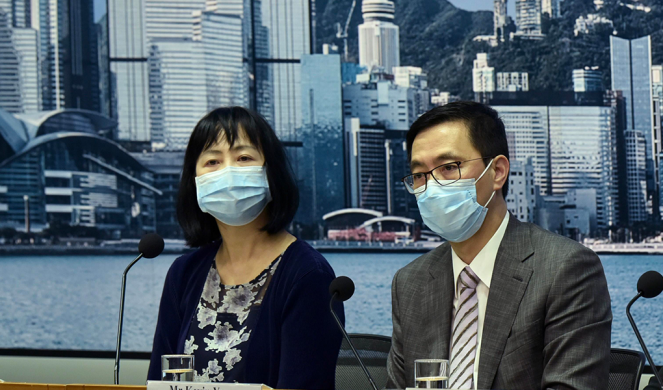 The Education Bureau’s actions are expected to have a chilling effect on teachers in the former British colony. They will self-censor by guessing how the government would view certain issues and, when unsure, opt for silence to avoid trouble, according to Ip Kin Yuen, a legislator for Hong Kong’s education sector. “It’s not a question of whether [what teachers say] is right or not, but whether it’s to the liking of the government or not,” Ip said on a radio show on Oct. 6. “Everyone will worry over everything, afraid of stepping out of line, and we won’t even know how to walk in the future. Our education will be very difficult and increasingly weak.”

The Education Bureau started reviewing the teacher’s case following a complaint it received in September 2019. From June last year, when the pro-democracy protest movement began, to this August, the bureau received 247 complaints about misconduct of teachers. Out of 204 cases it has reviewed, the bureau determined 73 were unsubstantiated, and it issued reprimands, warnings, or other advisories to teachers in 70 other cases. (The remaining cases apparently remain unresolved.)

Ip is also vice president of the Hong Kong Professional Teachers’ Union. On behalf of the dismissed teacher, he submitted an appeal on Oct. 12 to the bureau appeals board. The appeal process will involve a five-member committee composed of representatives from the education and legal sectors and the government.

As Beijing’s tightening grip squeezes out freedoms in Hong Kong, a student’s answer to the worksheet from the controversial class suggests what the city could become without freedom of speech: “It may not progress as quickly, because if each person has reservations about speaking, we may not know our own shortcomings and not be able to learn from them.”