The president is expected to announce a nominee on Feb. 2

All are appellate judges—and white males: Neil Gorsuch of the 10th U.S. Circuit Court of Appeals, William H. Pryor of the 11th Circuit, Thomas Hardiman of the 3rd Circuit, and Raymond Kethledge of the 6th Circuit.

Trump and his inner circle are working under the presumption that Supreme Court Justice Ruth Bader Ginsburg, who turns 84 in March, will provide the next vacancy, so they’re saving what they believe are the two best female candidates—Diane Sykes of the 7th Circuit and Michigan Supreme Court Justice Joan Larsen, according to multiple sources close to the administration—until then.

This week Trump said he would announce the nomination Feb. 2. Here’s what you need to know about the final four.

Gorsuch is the youngest candidate on Trump’s short list, though he has had a full head of gray hair since his 30s. He currently has the most votes on FantasySCOTUS to be nominated—in essence, he’s generating a lot of buzz. A Justice Department lawyer who clerked for Justice Anthony Kennedy, Gorsuch rose to the 10th Circuit in 2006, on President George W. Bush’s appointment, and sailed through his confirmation hearings.

Unlike Pryor, Gorsuch hasn’t made lightning-rod statements condemning Roe v. Wade, which theoretically makes him more confirmable, but he has a generally pro-life outlook. In his book The Future of Assisted Suicide and Euthanasia, he argued in favor of assisted-suicide bans on the grounds “that all human beings are intrinsically valuable and the intentional taking of human life by private persons is always wrong.” He also dissented from a 10th Circuit decision granting a preliminary injunction to Planned Parenthood when Utah limited funds to the organization in the aftermath of the Center for Medical Progress videos.

When he was a graduate student at Oxford University, Gorsuch studied under John Finnis, a famous philosopher who revitalized the field of natural law and also mentored Princeton University professor Robert George. George and Gorsuch became good friends.

They worked on projects together, including the book on assisted suicide, and a collection of essays titled Reason, Morality, and Law: The Philosophy of John Finnis.

“[Natural law] is important today in debates about all the vexing moral issues: abortion, euthanasia, assisted suicide, the nature of marriage,” George said. “That was an area of thought that had been very badly neglected. People like Neil Gorsuch and me went to study with Finnis because we were interested in that tradition.”

Gorsuch has a strong track record on religious freedom, ruling in favor of Hobby Lobby when the Green family challenged Obamacare’s contraceptive and abortifacient mandate. He also penned a dissent when the 10th Circuit ruled against the Little Sisters of the Poor on a similar dispute over the mandate. In mandate cases that many judges found confusing, Gorsuch found the heart of the matter.

“The [Affordable Care Act] compels the Greens to act,” he wrote in a Hobby Lobby concurrence. “RFRA [Religious Freedom Restoration Act] says they need not. We are asked to decide which legislative direction controls. The tie-breaker is found not in our own opinions about good policy but in the laws Congress enacted. Congress structured RFRA to override other legal mandates, including its own statutes, if and when they encroach on religious liberty.”

“American liberals have become addicted to the courtroom … as the primary means of effecting their social agenda on everything from gay marriage to assisted suicide to the use of vouchers for private-school education,” he wrote in a 2005 article for National Review.

Like Scalia, Gorsuch is a famously clear and delightful writer. In one case last year, he wrote a concise, four-page dissent against the 10th Circuit’s decision affirming a school that arrested a teenager for intentionally burping. He quotes authors from Charles Dickens to David Foster Wallace.

Hardiman comes from humble roots in Massachusetts, drove a cab to pay for law school at Georgetown University, and served alongside Trump’s sister, Maryanne Trump Barry, on the 3rd Circuit. Having studied in Mexico, he speaks fluent Spanish and volunteered at a Spanish legal aid organization, Ayuda, representing immigrants on asylum and domestic violence cases. Hardiman has little record on abortion, but he has ruled on numerous religious freedom cases.

He dissented from a 3rd Circuit ruling against an evangelical mom who tried to read a Bible verse during her kindergartener’s “All About Me” presentation. Her son said the Bible was his favorite book, so the mom decided to read a few verses from Psalms. The school forbade it. Hardiman called the school’s action “viewpoint discrimination.”

On the other hand, in a recent complex case about religious exemptions to the Employment Retirement Income Security Act (ERISA), Hardiman ruled against the wishes of groups like Alliance Defending Freedom (ADF). The Supreme Court has agreed to take up that case. Jordan Lorence, the ADF attorney who worked on a brief in that case, didn’t think Hardiman’s ruling was overly concerning.

“I think if the president nominates him, it would be good,” said Lorence, who also admitted he doesn’t know a lot about Hardiman other than that he has a solid reputation. On the ERISA case, Lorence said, “I think he was wrong but I don’t think it was like, ‘Oh no!’”

Hardiman gets a plug from one Trump insider, Kelly Shackelford at First Liberty Institute: “Both Gorsuch and Hardiman have excellent opinions on religious freedom as well as a number of other key constitutional freedoms.”

Pryor grew up in Alabama and attended Tulane Law School, where he was editor in chief of the Tulane Law Review. In 2004, President George W. Bush nominated Pryor to the 11th Circuit during a Senate recess—after Democrats blocked him.

Many legal observers have long considered Pryor the front-runner, especially after Trump name-checked him (and Sykes) on the day Scalia died. But it appears Pryor’s slipped behind Gorsuch and Hardiman after a growing group of conservative critics turned on him in recent weeks, mainly citing two LGBT-related cases in 2011.

Trump adviser Leonard Leo, chief architect of the list of 21 potential Supreme Court picks, told us critics should give “wider latitude” to Pryor, who has a strong overall record: “He’s a textualist, he’s an originalist, and he believes that a judge must have the force of nature to do the right thing.”

Leo said Pryor believed Supreme Court precedent bound him in Glenn v. Brumby, a case involving a transgender person fired from a government job. In Keeton v. Anderson-Wiley, Leo noted the decision denied an injunction but did not rule on the merits of the case—and Pryor wrote a separate opinion in support of the Christian student’s religious freedom.

Pryor’s prosecution of Alabama Supreme Court Chief Justice Roy Moore poses another concern for some social conservatives, who still say Pryor should have defied a court order to remove the Ten Commandments from public view. In a 2003 interview, Pryor told WORLD he disagreed with the court order, but it left him with no choice: “No person is above the law. We have to abide by the law even when we disagree with it. That is the guiding principle of my public service.”

Pryor remains a formidable candidate to replace Scalia: He’s a protégé of Sen. Jeff Sessions, R-Ala., who campaigned for Trump and is poised to become the next U.S. attorney general. He retains numerous influential supporters—including key figures at the Federalist Society, The Heritage Foundation, and the Judicial Crisis Network—who say no one on the list has stronger pro-life credentials.

Kethledge is a New Jersey native who earned undergraduate and law degrees at the University of Michigan—which would add diversity to the Ivy League–rich Supreme Court. Kethledge clerked for Supreme Court Justice Anthony Kennedy in 1997, and he joined the 6th Circuit in 2008.

Among rulings on several notable cases, Kethledge wrote the unanimous 2016 opinion in favor of conservative groups who sued the Internal Revenue Service for illegal targeting. Kethledge chastised the government for not complying with a lower court order and called the allegations “among the most serious a federal court can address.”

Kethledge remains a longshot, but Trump has not eliminated him. Kethledge has a minimal track record on abortion issues, but some legal observers believe the National Rifle Association would strongly oppose him because he did not side with conservatives in a key Second Amendment case.

UPDATE (1/30/17, 10:01 a.m.): President Trump announced he would name his pick to replace the late Justice Antonin Scalia on the Supreme Court Tuesday night at 8 p.m. 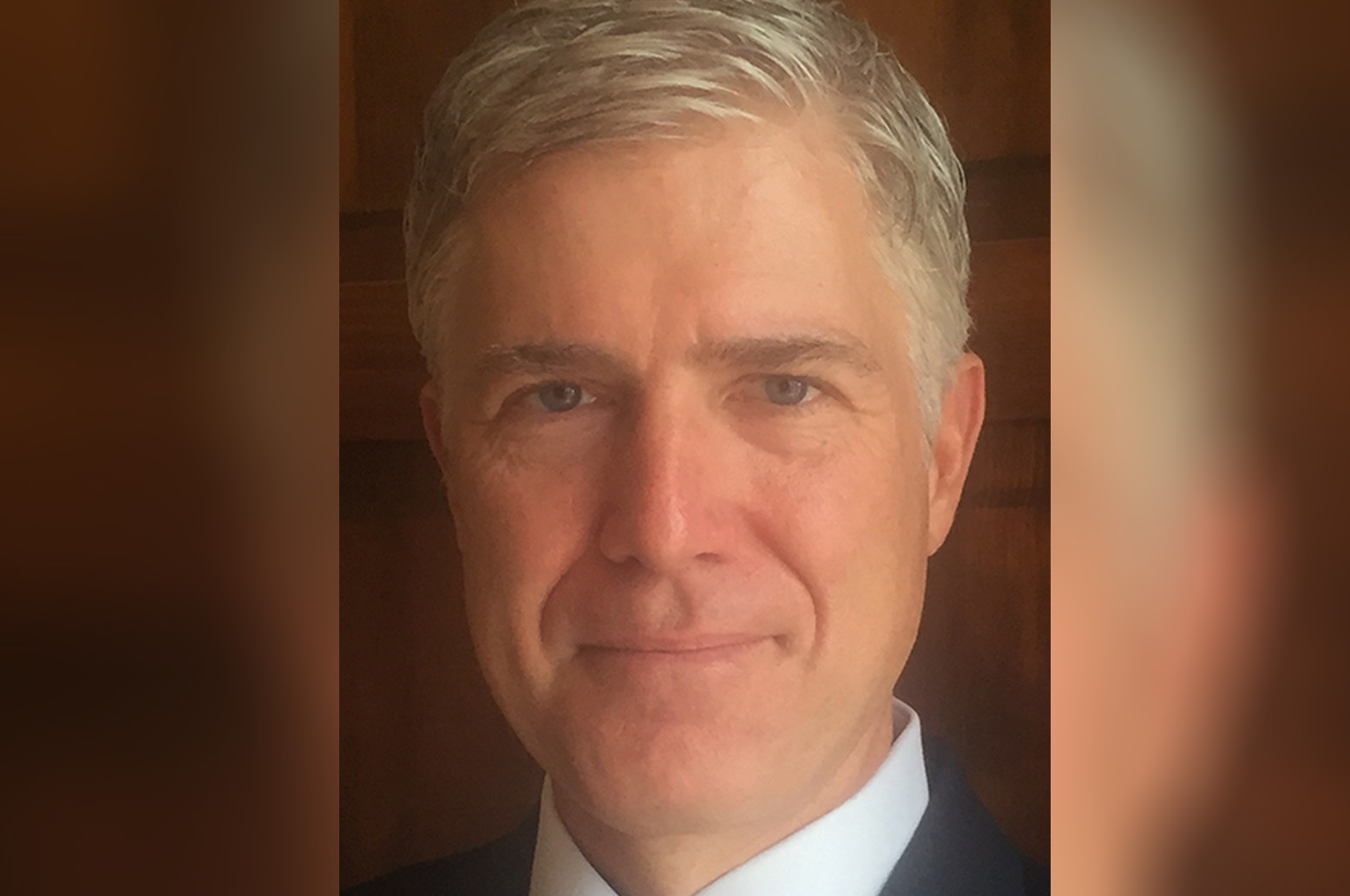 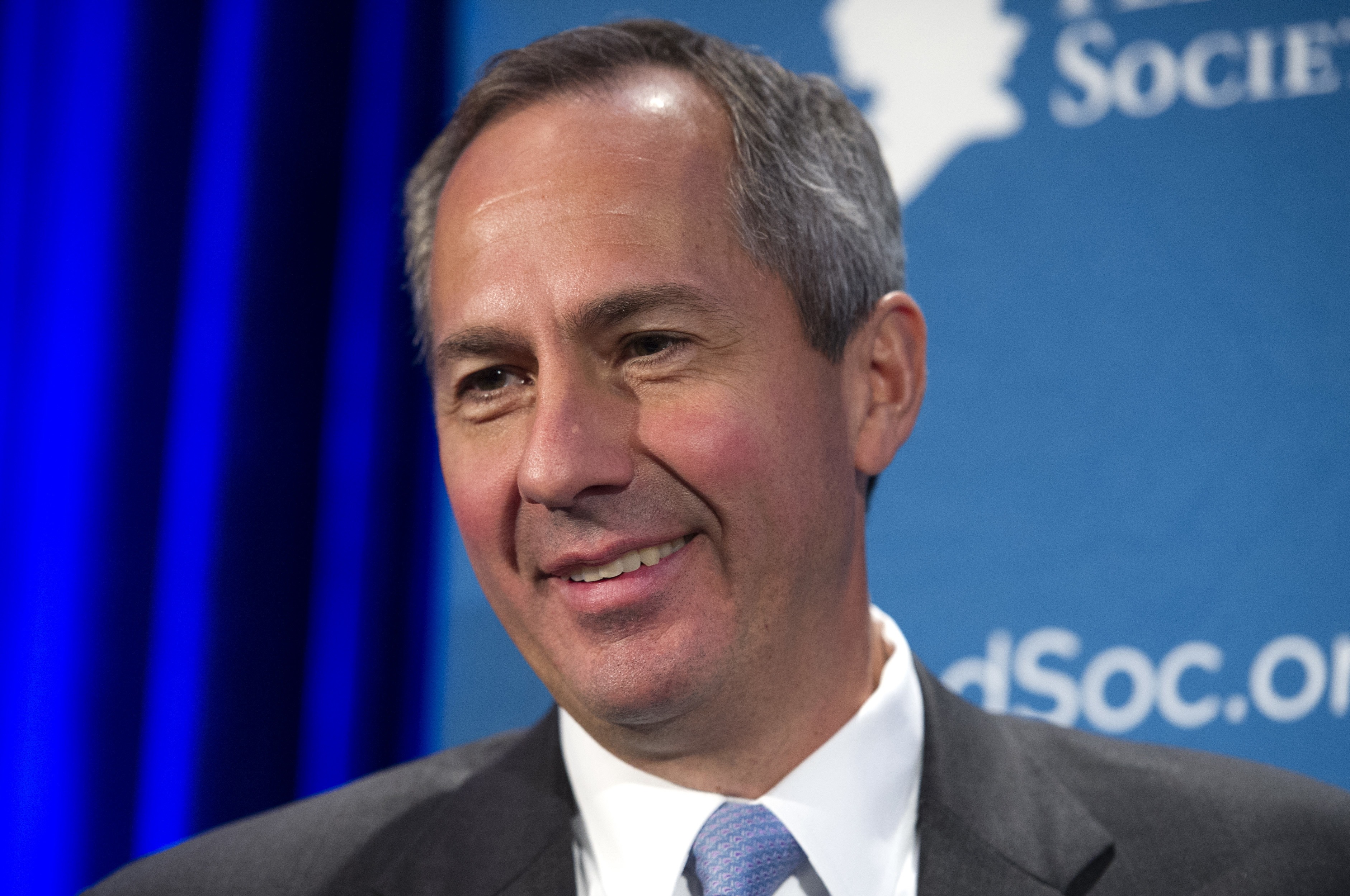 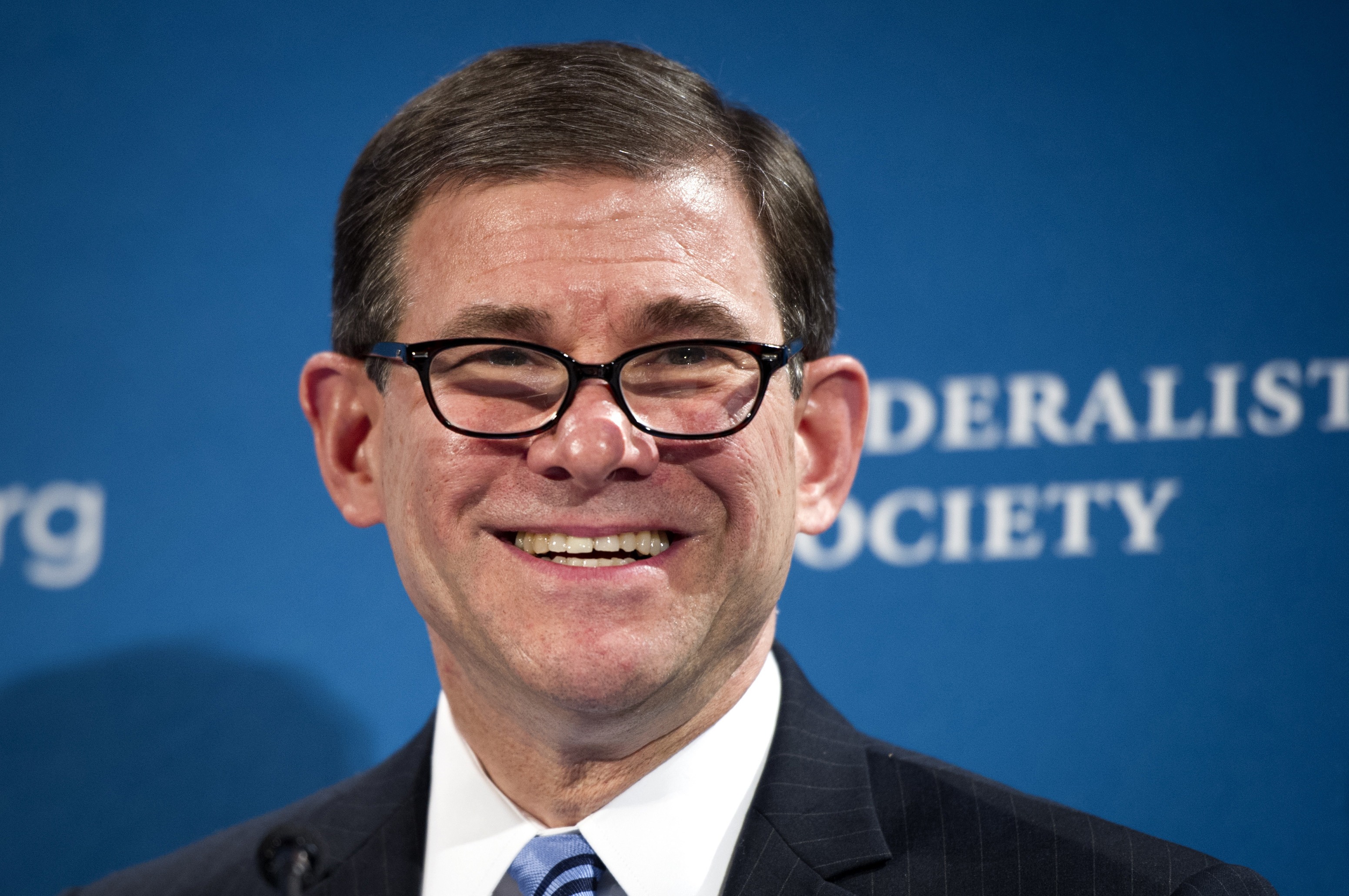 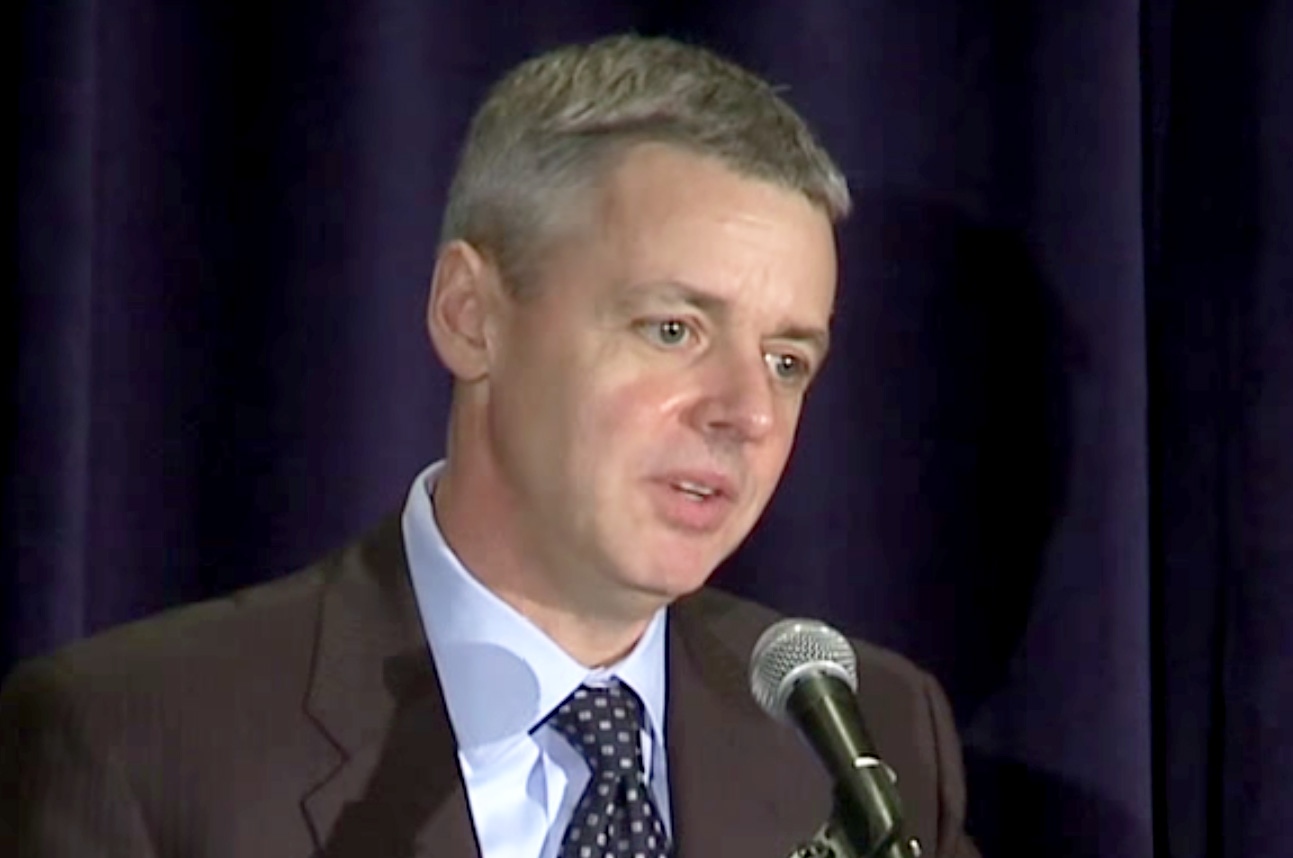 J.C. Derrick J.C. is a former reporter and editor for WORLD.