GLAAD, formerly the Gay & Lesbian Alliance Against Defamation, has been conducting the survey since 2014. It asks 2,000 U.S. adults about their level of comfort with seven situations: learning a family member is LGBT, learning my doctor is LGBT, having LGBT members at my place of worship, seeing a LGBT co-worker’s wedding picture, seeing a same-sex couple holding hands, having my child placed in a class with a LGBT teacher, and learning my child has a lesson on LGBT history in school.

The first three years of the survey showed growing comfort among non-LGBT respondents, who have been a steady 88 percent of those surveyed. But in 2017, the results swung the other direction. Discomfort increased across the board for non-LGBT individuals in all seven situations by 2 to 3 percentage points. The percentage of non-LGBTQ adults reporting being “very” or “somewhat” comfortable across all the seven scenarios—GLAAD calls them “allies”—dropped to 49 percent from a high of 53 percent in 2016.

Overall, the most recent results were very similar to 2017. The rate of “allies” stayed steady at 49 percent. But the rate of young adults aged 18-34 who are comfortable across all seven scenarios dropped from 53 to 45 percent. The drop is especially pronounced in personal situations, like learning a family member, doctor, or child’s teacher is LGBT.

The GLAAD report attributed the change to the rise of divisive rhetoric in politics and culture since President Donald Trump was elected. It claimed young people are being swept up into anti-LGBT violence and discrimination.

A cultural embrace of coarse rhetoric could be one of many explanations, said Andrew T. Walker, a senior fellow in Christian ethics for the Ethics and Religious Liberty Commission of the Southern Baptist Convention. But he cautioned that it’s too simplistic to blame any one factor. People might sympathize more now with Christians who have had to fight for religious liberty, such as Colorado baker Jack Phillips or Washington state florist Baronnelle Stutzman, whose Biblical beliefs about marriage and sexuality kept them from serving same-sex weddings. Or people might be realizing the internal contradictions of the LGBT movement itself.

Walker also pointed to cultural fatigue with overbearing zealotry on the radical fringes of the LGBT movement, as well as conscience exhaustion. You don’t have to be a Christian to think it strange to have biological men in women’s restrooms, he said, or “to understand that it seems a little bit illogical to have biological males competing with females and beating them in track athletic events.”

Walker’s takeaway: Christians should love and promote the dignity of their LGBT neighbors but not apologize for Biblical teaching, and they certainly should “not invest either their hopes or their fears in one single poll.” 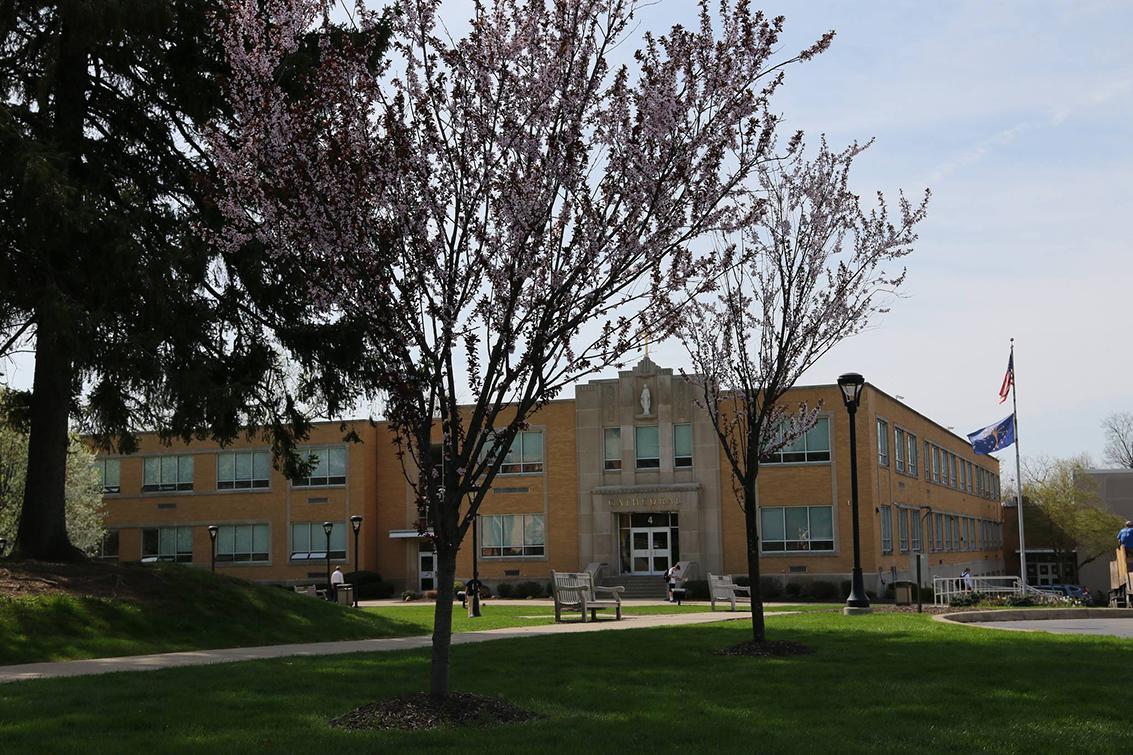 An Indiana Catholic high school fired a teacher in a same-sex marriage this week, becoming the second Catholic school in a week to wrestle with archdiocese directives concerning LGBT school employees.

After 22 months of deliberation with Indianapolis Archbishop Charles Thompson, Cathedral High School announced the termination on Sunday. In a letter on the school’s website, Cathedral’s board of directors Chairman Matt Cohoat and President Rob Bridges said the decision, although “agonizing,” was in the school’s best interest. “Archbishop Thompson made it clear that Cathedral’s continued employment of a teacher in a public, same-sex marriage would result in our forfeiting our Catholic identity due to our employment of an individual living in contradiction to Catholic teaching on marriage,” the statement said.

The archdiocese in a Monday statement said the firing wasn’t about sexual orientation, but about Catholic school personnel, who administer the faith, following Catholic teachings: “If and when a minister of the faith is publicly not doing so, the Church calls us to help the individual strive to live a life in accordance with Catholic teaching.”

The announcement comes days after the archdiocese cut ties with nearby Brebeuf Jesuit Preparatory School for refusing to fire a longtime employee who was gay. The Midwest Province of Jesuits oversees Brebeuf so its separation from the archdiocese had little effect on the school. But Cathedral had much more to lose: The school depends heavily on the archdiocese, and defiance would have cost its nonprofit status and participation in sacramental practices.

Thompson pushed back at a news conference Thursday. He said his responsibility is to hold the Catholic community in Indianapolis to the church’s teaching, including its doctrine on the sanctity of marriage. “Our society places great emphasis on tolerance, which is kind of like live and let live,” said Thompson. “But Jesus calls us to more than tolerance, Jesus calls us to love. And love is sacrificial.” —Loren Skinker 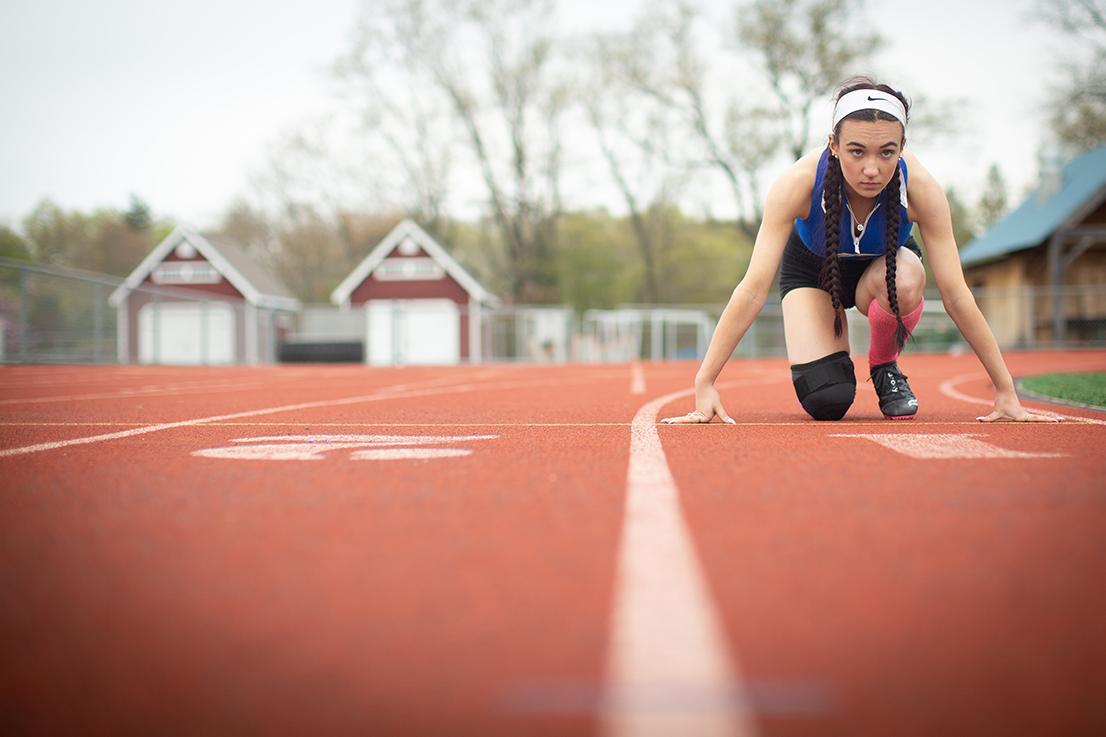 Three female high school track athletes in Connecticut filed a federal discrimination complaint last week stating that the state’s policy on transgender athletes has unfairly marginalized them. They allege the policy has cost them race finishes as well as potential college scholarships.

“Girls deserve to compete on a level playing field,” said Christiana Holcomb, legal counsel for Alliance Defending Freedom (ADF), which is representing the athletes. “Women fought long and hard to earn the equal athletic opportunities that Title IX [of the U.S. Education Amendments Act] provides. Allowing boys to compete in girls’ sports reverses nearly 50 years of advances for women under this law. We shouldn’t force these young women to be spectators in their own sports.”

The complaint highlights the results of two high school transgender athletes, Terry Miller and Andraya Yearwood, both biological males, who have won 15 girls state championship events since 2017. The titles were previously held by 10 different girls. More than 40 girls have not qualified for later championship rounds because Miller and Yearwood competed in their races, ADF noted. —Kyle Ziemnick

The LGBT machine has a new leader

The nation’s largest LGBT advocacy group named its new leader on Tuesday. Alphonso David, a civil rights lawyer who has been serving as chief counsel to Democratic New York Gov. Andrew Cuomo, will lead the Human Rights Campaign as its seventh president. David was born in the United States and raised in Liberia. He previously served as New York’s counsel for civil rights, playing a key role in legalizing same-sex marriage and banning so-called conversion therapy for minors in New York. —K.C.

Great chance for the Chuch to work with new allies on common ground like biological sex being the standard.  I say, look for these new allies and engage in the debate pointing out these examples first. Then the biblical truths come along in support of common sense and individuals who may reconsider God now speaking up for them.