A woman holds her a malnourished boy at Al-Sabeen hospital in Sana’a, Yemen, in November. Associated Press/Photo by Hani Mohammed (file)

As 2020 drew to a close, aid workers in war-torn Yemen painted a stark future for the coming year: More than half of all Yemenis could go hungry in 2021, with some 5 million people one step closer to famine. The United Nations’ Humanitarian Response Plan from last year only received about half the funds it needed while needs continue to grow.

On Sunday, Secretary of State Mike Pompeo announced plans to designate three leaders of the Iran-backed Houthi rebel group, also known as Ansarallah, as a foreign terrorist organization. The designations will take effect on Jan. 19, sanctioning the group and its leaders and barring any U.S. “material support or resources.” Pompeo said the move is meant to hold the rebel group accountable for attacking civilians, but some are concerned it will only deepen the country’s instability and humanitarian crisis.

Yemen’s civil war began in 2015 between Iran-backed Shiite Houthi rebels and the Saudi-backed government. Both sides face accusations of targeting civilians, including aid workers. A Dec. 30 attack blamed on the Houthis killed 27 people, including three aid workers, when a bomb struck an arrival terminal at the airport in Aden. The United States has provided intelligence, logistics, and arms support to the Saudi-led coalition to counter Iran’s influence. The unrest has killed more than 112,000 people and left about 22 million people in need of aid, sparking one of the world’s worst humanitarian crises.

The majority of Yemen’s civilian population lives in the rebel-controlled capital city of Sana’a and the northern region. Last week, residents in a northeast displacement camp protested deteriorating living conditions and the lack of food and other basic amenities. “The displaced people are now suffering and dying silently due to acute shortages of food, water, and medicines in their camps,” said Majid Ayyash, a local Yemeni observer from al-Jawf province.

Some worry that designating the rebel leadership as terrorists and levying sanctions will further cut off the population from food and other supplies. Pompeo said the Treasury Department would issue licenses allowing U.S. aid and humanitarian activities to continue, but some experts say that’s not enough. David Miliband, president of the International Rescue Committee, called the U.S. decision “pure diplomatic vandalism.”

“Humanitarian exemptions have been used in the past and have always proved insufficient to overcome challenges to access and delivery,” he said. “The opposite is needed—effective pressure on all parties to the conflict to cease using civilians as hostages in their war games.”

The U.S. move could deter other suppliers from working in the region. Sherine El Taraboulsi-McCarthy, a senior research fellow with the U.K.-based Overseas Development Institute, noted Yemen imports more than 80 percent of its food, mostly through private commercial dealings rather than humanitarian organizations. The terrorism designation could sever essential interactions with authorities in the rebel-controlled northern region, said Janti Soeripto, CEO of Save the Children: “Many fear that businesses, such as banks and shippers, will avoid working in Yemen for fear of violating U.S. law, resulting in widespread shortages of food, fuel and essential medicines.”

El Taraboulsi-McCarthy acknowledged the Houthis have repeatedly targeted civilians and redirected aid but said a multitiered response putting local actors at the helm of mediation efforts is necessary. She said a “genuine broker” could help end the proxy war that has drawn countries like Iran and Saudi Arabia into the conflict: “We need to rethink the whole notion of international engagement in Yemen.” 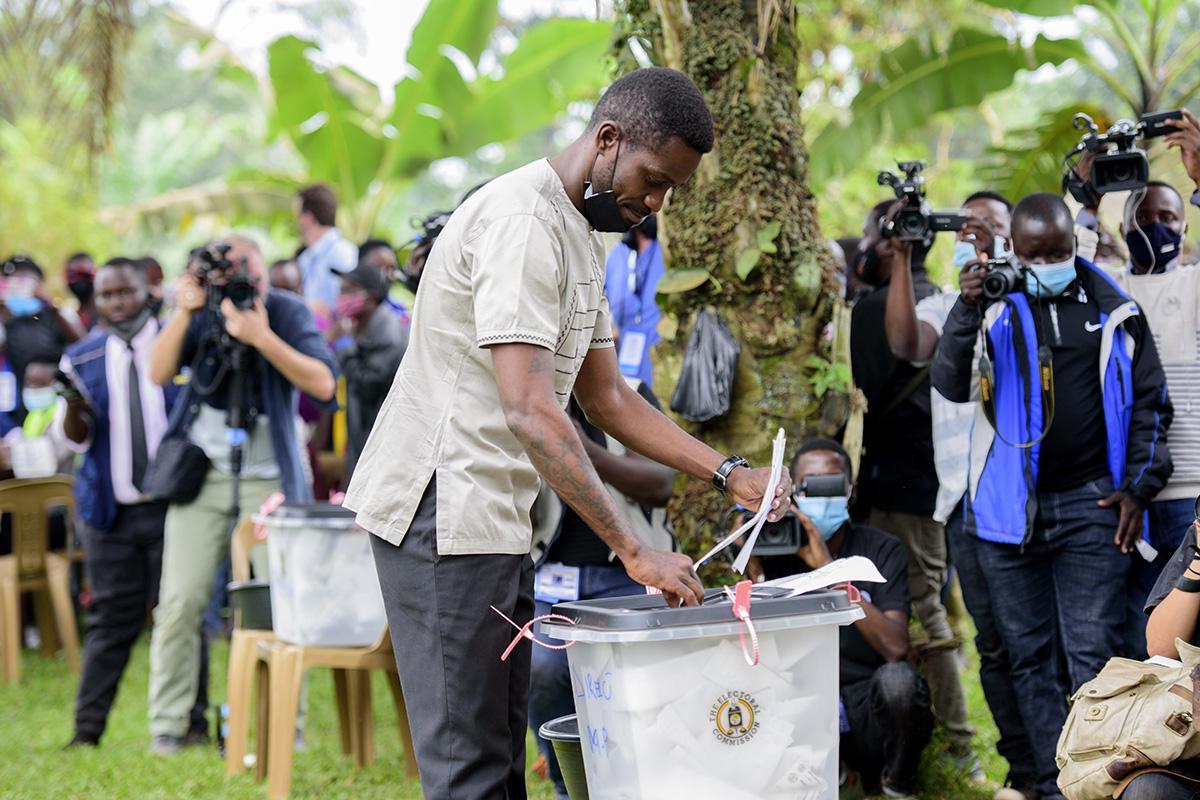 All eyes on Uganda

Ugandans anxiously await the result of a Thursday general election after a violent crackdown and social media limitations.

Seventy-six-year-old incumbent President Yoweri Museveni is seeking a sixth term against challenger Bobi Wine—a 38-year-old activist and musician who energized the country’s younger population and angered the longtime leadership. Nine other opposition candidates are also in the race.

Museveni’s administration already changed the constitution to allow the president his fifth term. Authorities have arrested Wine, whose legal name is Kyagulanyi Ssentamu, multiple times, including in November when he declared his candidacy. At least 54 people died when protesters demanding his release took to the streets. Wine said soldiers raided his home and detained his guards as he spoke to a Kenyan radio station on Tuesday. “No amount of arrest, torture or pepper-spraying will stop us,” he told The Africa Report. “Why can’t President Museveni realize that we are not going to give up?”

Authorities cut off internet access, blocked social media, and increased security ahead of the vote. The United States on Wednesday said it canceled its election observation after Uganda denied accreditation details for more than 75 percent of its team. The results are expected this weekend. —O.O. 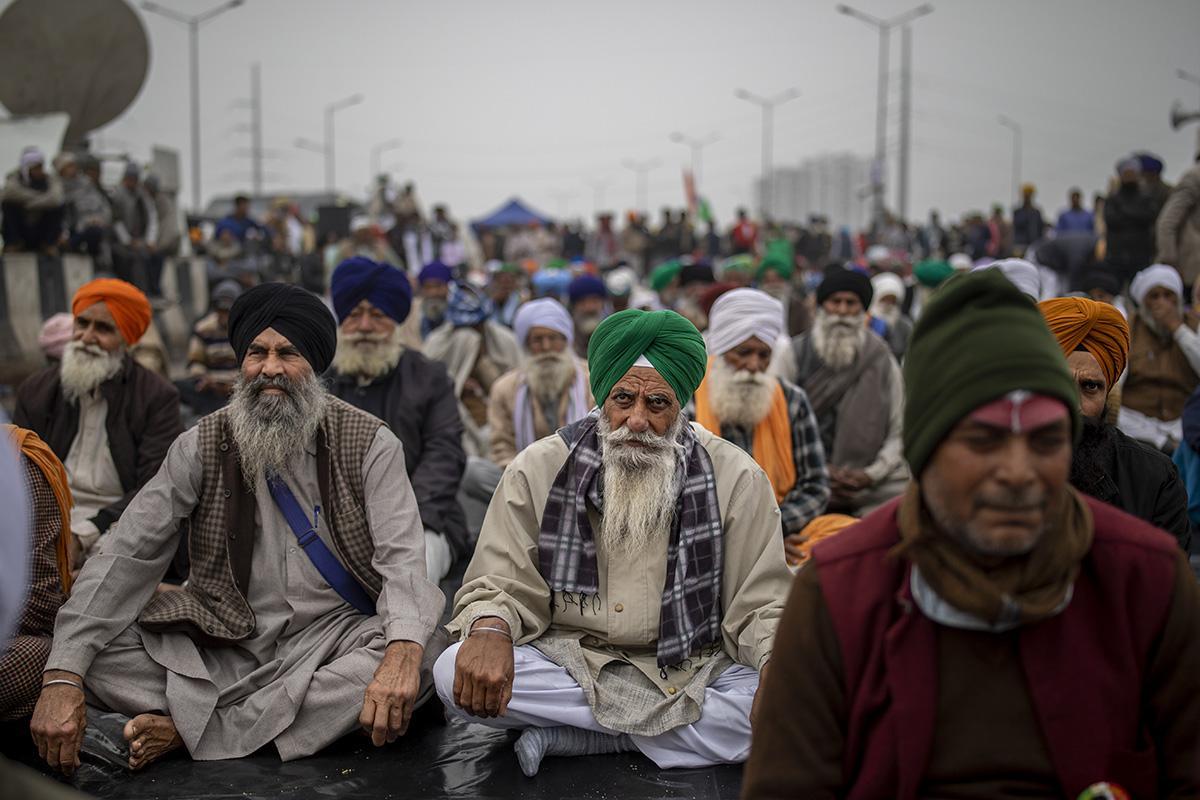 India backs down on farming legislation

The Indian Supreme Court on Tuesday suspended a set of controversial agriculture laws that triggered months of disruptive protests. Thousands of farmers have set up 24-hour protest camps and blocked highways leading to the capital city of Delhi since November.

Indian Prime Minister Narendra Modi passed the three laws in September, saying they would deregulate and modernize the agriculture sector, give farmers more control over their prices, and allow them to sell to private buyers and not just state markets. But many farmers worry the changes would leave them at the mercy of large corporations. More than 450 unions and organizations backed the nationwide strikes, posing a major challenge to Modi’s leadership.

The country’s Supreme Court said it was “extremely disappointed” over the government’s handling of the legislation and negotiations. The judges ordered the creation of a four-member committee to review the grievances. But many farmers have insisted they would continue to protest until the laws are repealed. —O.O. 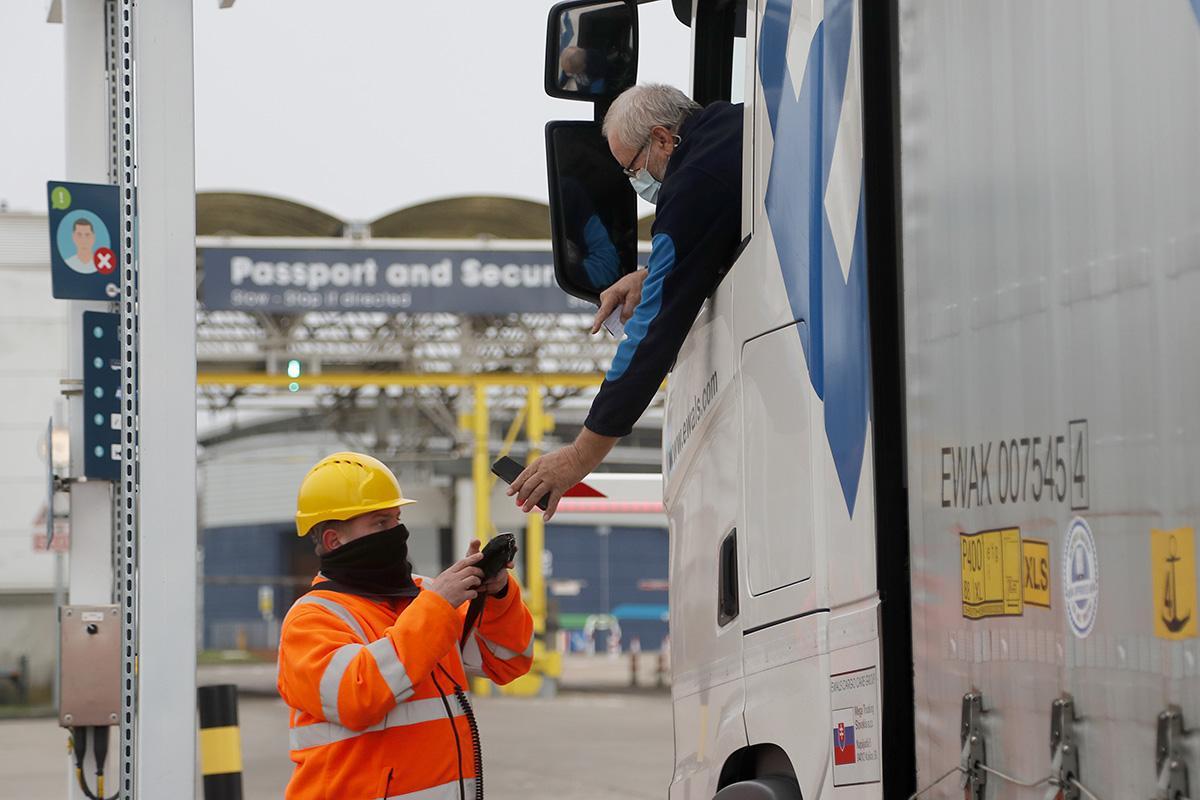 Last week, French store fronts of British retailer Marks & Spencer were missing salads and other fresh foods due to new delays. “Due to new UK/EU import legislation, we’re sorry some of your favorites might be missing,” one sign said.

After months of stalemate and prolonged negotiations, Britain finally exited the European Union on Jan. 1. Residents on both sides are still adapting to the changes. British citizens can now only spend 90 days every six months in EU member countries and will need local driver’s licenses. Goods traveling back and forth between Britain and the EU are now subject to new customs and other bureaucratic hurdles.

Border officials at the Dutch Hook of Holland ferry terminal confiscated sandwiches from car and lorry drivers entering from the United Kingdom. The new border rules ban people from bringing animal products, such as meat or dairy, according to a U.K. guidance for haulers and commercial drivers. —O.O.

St. John the Baptist chapel opened its doors to its first Sunday Mass in more than half a century this week.

The church, located near the site of Jesus’ baptism at the River Jordan, has been shuttered since the six-day war between Israel and its Arab neighbors in 1967. Civilians fled and Israeli forces laid hundreds of mines around the area. Starting in 2011, visitors could access the church’s riverside baptism site but had to walk along a narrow fenced-off path through a minefield.

The U.K.-based The Halo Trust cleared more than 650 anti-tank mines and 450 anti-personnel mines.

Only about 50 priests, guests, soldiers, and journalists attended the Mass to abide by pandemic restrictions. “For us this is a sign not to lose hope, not to lose hope for peace,” Father Ibrahim Faltas, chancellor of the Franciscan Custody of the Holy Land, told the Catholic News Service. —O.O.