With travel bans, adoptions grind to a halt

An email sent to Nightlight Christian Adoptions staff members on Tuesday urged everyone to pray for 17 parents and their adopted children in various foreign countries. Amid the rapidly spreading coronavirus pandemic, many are stranded, separated from family members, quarantined, or unable to obtain the necessary paperwork to travel back to the United States with their adopted children.

“We’ve done everything we know to get them home, and we continue trying,” wrote Lisa Whitaker, international program coordinator at Nightlight, which has locations in 10 states.

Several agency directors I talked to said they were trying to help families abroad return home safely with their adopted children. Mary Beth King, executive director of the Frank Adoption Center in Wake Forest, N.C, said her agency has three families stuck in African countries waiting for visas for their adoptive children. Some of them fear for their safety amid economic and political unrest.

Tens of thousands of Americans trying to get home are overburdening U.S. embassies abroad. “They should be prioritizing adoption cases, but that doesn’t always mean they are,” said Ryan Hanlon, vice president of the National Council for Adoption (NCFA).

The council is asking the U.S. State Department to grant adoptive children humanitarian parole. Some agencies, including Nightlight and Frank, have tried unsuccessfully to obtain tourist visas for children in these special cases.

“Parents aren’t going to abandon their children, but they can’t stay in these countries indefinitely,” Hanlon said.

Other parents had to postpone their trips abroad to bring home their adopted children. Several families working with Hopscotch Adoptions in High Point, N.C., canceled their trips to Bulgaria, Morocco, and Serbia at the last minute as those countries closed their borders.

“They are all devastated,” Hopscotch founder and president Robin Sizemore said.

Some adoptive parents and social workers cannot enter hospitals to obtain consent from birth mothers who planned to place their babies for adoption. Most agencies’ staff members are working remotely and have slowed or halted home study visits due to the coronavirus outbreak. The National Council for Adoption is working with individual states to allow video conferencing for social work visits during the pandemic.

Amid those challenges, agencies have to cope with diminishing business.

The State Department’s accreditation arm, the Intercountry Adoption Accreditation and Maintenance Entity (IAAME), requires agencies to have two months’ worth of liquid assets on hand. Nehrbass said without new clients, Nightlight will have to start cutting expenses immediately.

NCFA’s Hanlon said the IAAME has indicated it will have some flexibility with adoption groups during the pandemic, but agencies are still worried.

Nightlight’s Whitaker sought to reassure her agency’s staff in her email: “Even though this has caught all of us off guard, it has not caught God off guard.” 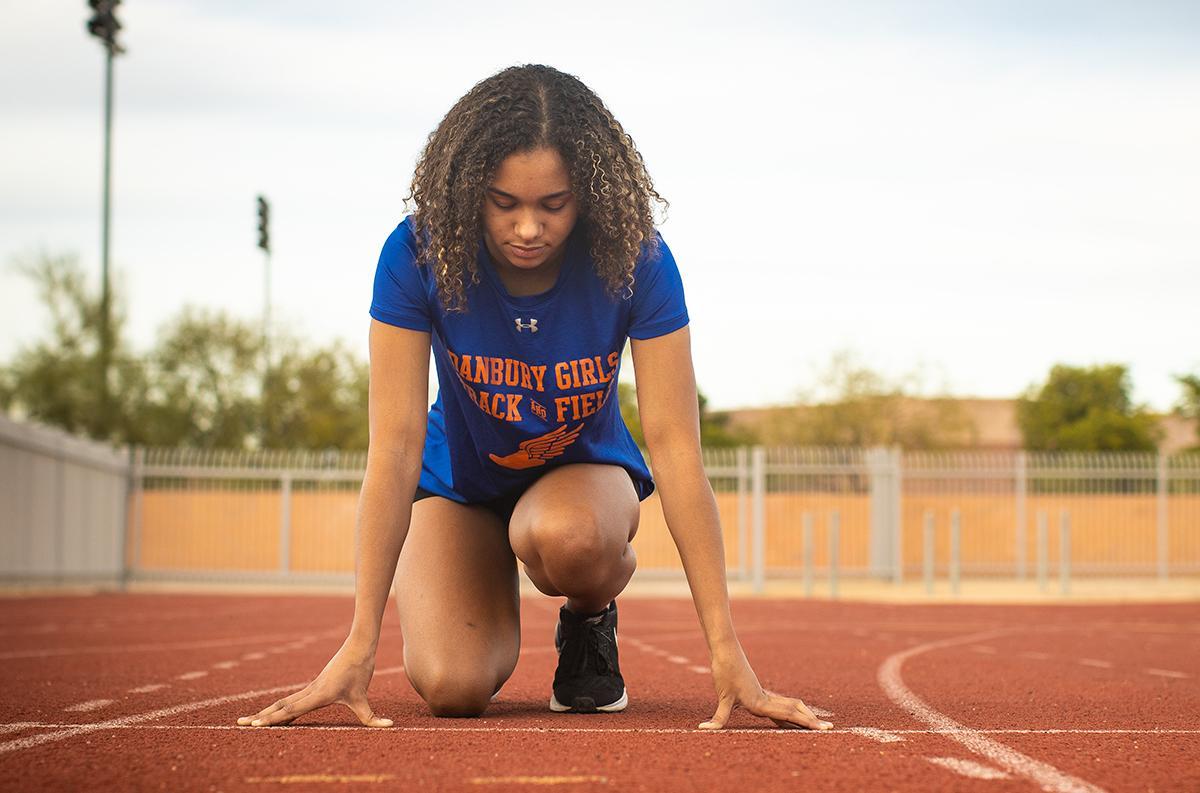 The U.S. Department of Justice filed a statement of interest on Tuesday indicating support for three Connecticut high school girls suing to block male athletes from competing in women’s sports.

Runners Selina Soule of Glastonbury High School, Alanna Smith of Danbury High School, and Chelsea Mitchell of Canton High School sued the Connecticut Interscholastic Athletic Conference (CIAC), the governing body for high school athletics in the state, in February over its policy allowing male athletes who identify as female to compete against them.

Lawyers for the three girls argue the policy has deprived them of scholarship opportunities and track titles and violates Title IX, the federal law designed to ensure equal opportunities for women and girls in education and school-based athletics.

The CIAC does not take into account “real physiological differences between men and women,” U.S. Attorney General William Barr and other officials wrote in the statement of interest. Allowing boys to compete against girls “deprives those women of the single-sex athletic competitions that are one of the marquee accomplishments of Title IX,” they said.

Two male sprinters have won 15 girls state championship titles in Connecticut. Their victories have taken away 85 opportunities for girls to participate in higher-level competitions in the last three years.

Lawyers representing the CIAC said Title IX does not apply to it because it does not directly receive federal funding. But Christina Holcomb, an attorney with Alliance Defending Freedom, the nonprofit legal firm representing the plaintiffs, said federal case law shows athletic associations with controlling authority over public schools are subject to Title IX. —M.J. 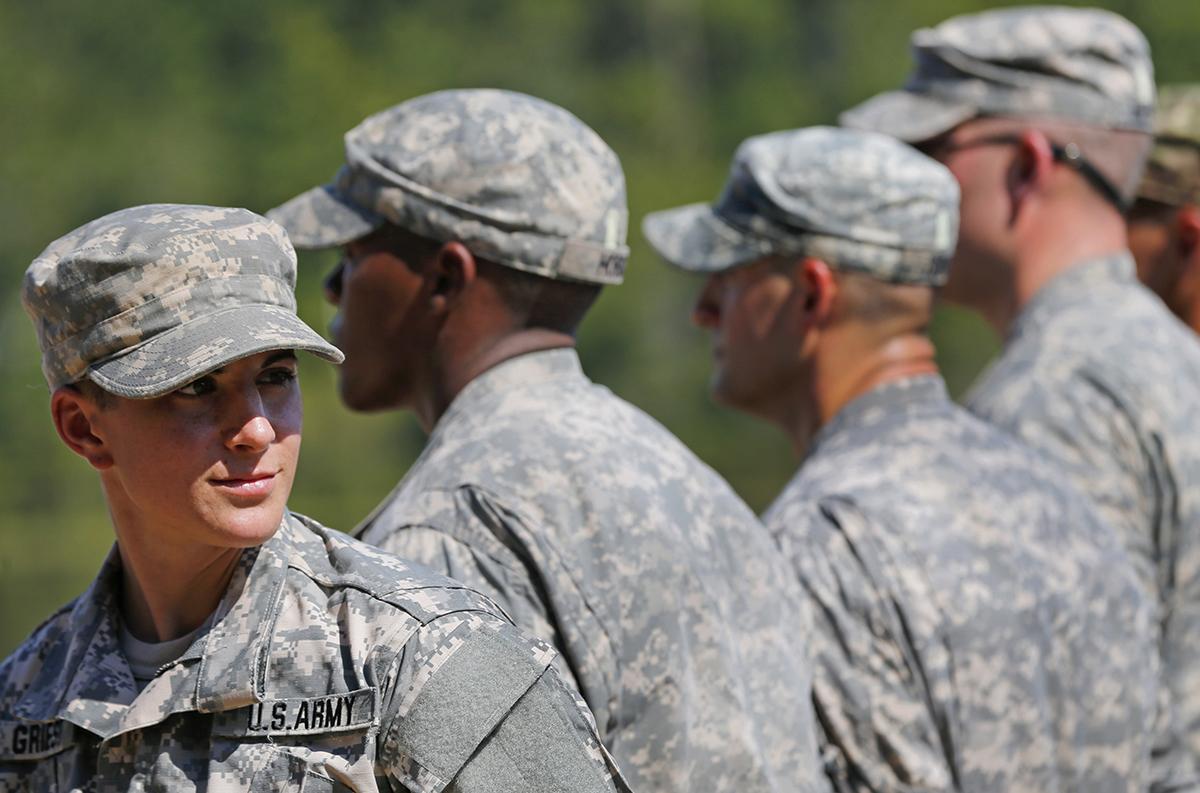 A ‘necessary and fair’ step?

A congressionally authorized commission recommended that all Americans—not just men—ages 18 to 25 register for the military draft.

Women already make up 17 percent of active-duty troops. The question of whether to include them in a potential draft began to circulate after the Pentagon in 2015 opened all combat jobs to women.

The military commission held dozens of public meetings and considered thousands of public comments in the last two years, concluding in a report released last week that expanding the draft to women was a “necessary and fair step.” Elaine Donnelly of the Center for Military Readiness has said military conscription would be especially unfair to women, who would not “have an equal opportunity to survive, or help fellow soldiers survive, in a direct ground combat environment.” —M.J.